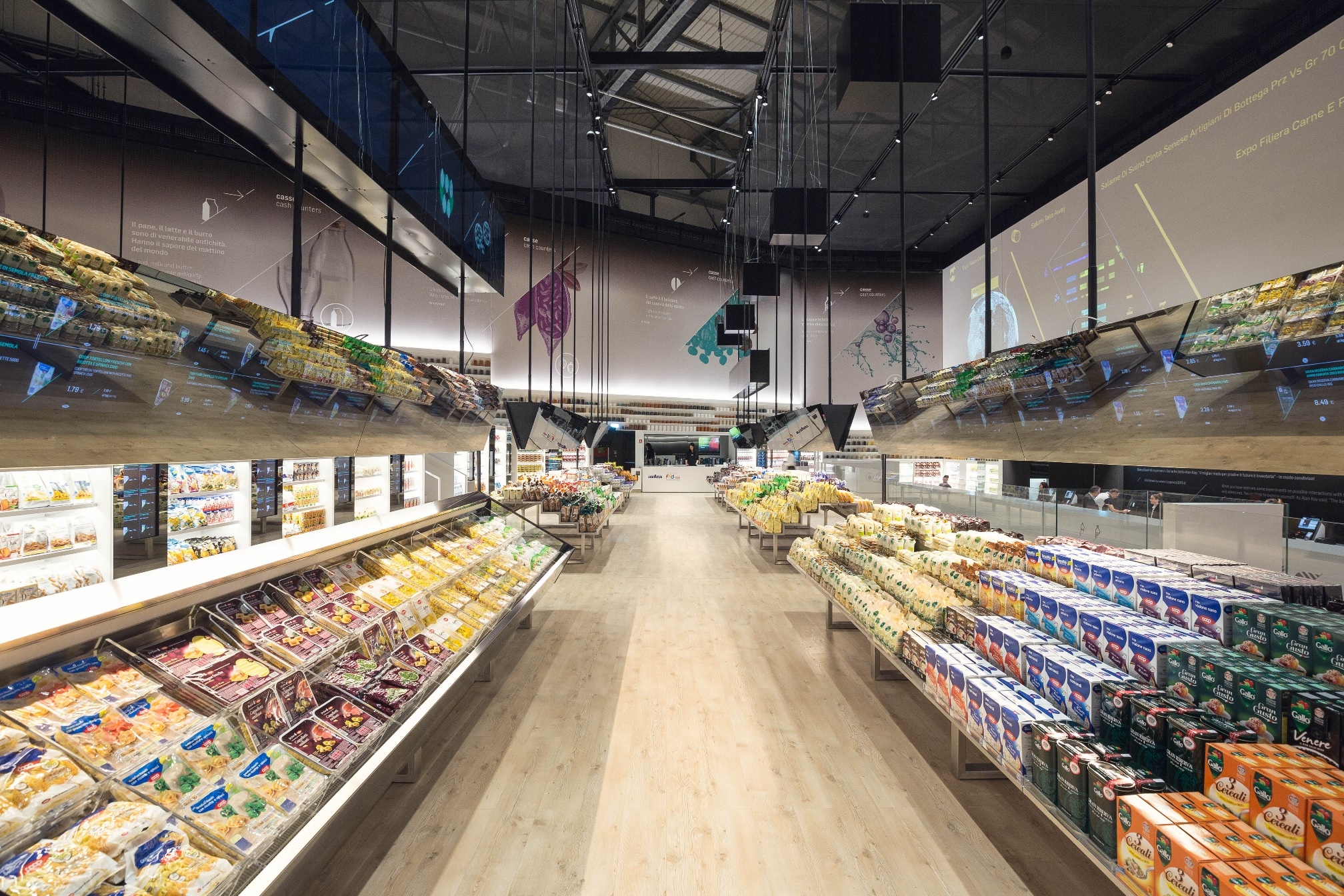 One of the most important Italian philosophers, Salvatore Veca – a scholar of Kantian thought and author of many essays on themes connected with democracy, society and political philosophy – is the coordinator of Laboratorio Expo, a project of Expo Milano 2015 and Fondazione Feltrinelli for the writing of the Milan Charter, which declares the status of food as a “fundamental human right.”

Talking about a true ‘right’ and not something that would simply be preferable shifts the question of adequate nutrition to another level. Rights exist on a logical plane that is different from that of empirical facts, and must therefore be guaranteed notwithstanding any ‘particular’ factors like religious beliefs, ethnic identities, political affiliations.

On the other hand, like any other right, that of food tethers all agents – citizens, businesses, institutions – to a new form of responsibility, aimed at ensuring every human being adequate access to food. So it is no coincidence that the Milan Charter has been defined as the “immaterial legacy of Expo”: immaterial like the institution of law, which precisely by virtue of its abstraction transcends the dimension of the particular to take on universal value.

We asked Salvatore Veca to illustrate the principles behind the Charter, seen as a working platform to make the right to food one that can be concretely ‘exercised’: not just proclaimed, but effectively pursued through a series of actions based on assumption of responsibility on the part of citizens, businesses and institutional agents.

PROFESSOR VECA, HOW DID THE MILAN CHARTER GET STARTED?

In December last year Minister Martina appointed me to coordinate the work for the writing of a Milan Charter, seen as a paper of ‘global citizenship’ offered for the undersigning of the ‘tenants of the planet.’

WHAT SETS THE MILAN CHARTER APART FROM SIMILAR DOCUMENTS, SUCH AS THE DECLARATION OF HUMAN RIGHTS?

The Milan Charter is not a scientific treatise, nor is it an intergovernmental protocol (like that of Kyoto). It is a proposal addressed to people and businesses, urging them to each take responsibility regarding the right to food.

WHAT ARE THE CHARTER’S PHILOSOPHICAL PRINCIPLES?

The basic principle lies in asserting that the right to food should be considered a fundamental human right, and that as such it should be protected. Naturally this is a conviction that can be widely shared: no one can think that 800 million people ought to continue to die of hunger, or that 1.6 billion ought to be undernourished. The point is that in the light of such difficulties, each person has to assume his or her own responsibilities.

For example by making a commitment to consume food in a more responsible way, recouping the leftovers thrown away by dining halls and restaurants. More generally, the charter is a tool for many purposes, a platform to pursue a series of actions not imposed from the top down but open to grassroots cooperation.

IN THE WORKS OF LABORATORIO EXPO THAT HAVE LED TO THE WRITING OF THE CHARTER, ISSUES OF ENVIRONMENTAL AND SOCIAL SUSTAINABILITY ARE DISCUSSED. WHAT IS THE MEANING OF THIS APPROACH TO THE THEME OF SUSTAINABILITY?

In India women often cook with systems that pollute their very homes. In this situation in which it is not possible to propose an alternative based on expensive technologies, an attempt is made to apply low-cost technologies, but the difficulty is to achieve their acceptance, because the women do not want to give up their traditional methods. In this case, we can see a problem of cultural sustainability of the proposed solutions.

ANOTHER LINE OF RESEARCH INVESTIGATES THE THEME OF URBAN SOCIOLOGY. HOW IS THAT CONNECTED WITH FOOD?

Scholars tell us that in 2006-07 the urban population of the planet surpassed the rural population for the first time. This generates a complete alteration of the relationships between city and country, connected with the problem of land consumption, and in this sense the question of the city is closely connected to the theme of “feeding the planet.”

THE THEME OF URBAN SOCIOLOGY IS INTERPRETED, IN PARTICULAR, AS THE RELATIONSHIP BETWEEN THE PARADIGM OF THE SMART CITY AND THAT OF THE SLOW CITY. COULD YOU ELABORATE ON THAT?

Approaching the question of urban sociology, on the one hand there are the supporters of the smart city, who believe that technologies can guarantee a more livable city on their own. On the other hand, there are the supporters of the slow city, who underline the human dimension of the inhabitants. The problem of the future in large metropolitan areas will be to find a perhaps unstable balance between these two paradigms.

DO YOU BELIEVE THAT DESIGN, SEEN AS THE MAKING OF THE PERCEPTIBLE FORM OF THINGS (IN THIS CASE FOOD) CAN MAKE A CONTRIBUTION TO THE ‘NARRATION’ OF NEW NUTRITIONAL SCENARIOS?

There are many ways of looking at design. One of them is what I call ‘visionary,’ which instead of narrating the present goes in search of symptoms of possible futures. This is what I would call the utopian component of design, in the sense that the things it narrates do not yet exist, or are elsewhere, and the ability to narrate them, also in aesthetic terms, makes this ‘elsewhere’ closer, or makes a ‘future’ more present.

ACCORDING TO RESEARCH CONDUCTED BY DOXA, 60% OF THE WORLD POPULATION IS WORRIED NOT SO MUCH BY THE IDEA OF NOT HAVING FOOD AS BY NOT KNOWING HOW FOOD WILL BE MADE IN THE FUTURE, FOR EXAMPLE IF IT WILL BE GENETICALLY MANIPULATED. HOW IMPORTANT IS THE CORRECT ‘STORY’ OF FOOD?

The question of information and awareness of what we eat is one of the major issues connected with food, and the answers have to be available to people, as we demand in the Charter. In the case of GMO, because it is a controversial issue in the Charter we speak only of scientific research that is ‘compatible’ with biodiversity, allowing the discussion prompted by the Charter itself to shed light on the pros and cons.

YOUR OPINION ON THIS?

Personally I think it is not reasonable to have a pre-set attitude in one direction or the other. Everything depends on a cost-benefit assessment. The concern of that 60% of the population that fears it will not ‘understand’ what it is eating in the future are fully justified, and the reduction of this lack of understanding lies in honest, not fraudulent information about food.

DO YOU THINK DESIGN CAN CONTRIBUTE TO BRIDGE THIS GAP OF INFORMATION AND AWARENESS?

Of course, I believe it can be a decisive contribution. Design is a way of communicating, of talking to people. As Paul Valery told architects, “architecture should make monuments (and, I would say, more in general, artifacts) sing.” The same is true for design.

“What our body tells us,” one of the exhibitions presented by the Korean Pavilion entitled “Hansik, food for the future: you are what you eat.”
The show “What our body tells us” raises questions about the eating habits of modern man and the world food crisis.
View of the Future Food District, the pavilion created by Carlo Ratti Associati with Coop Italia. The ‘supermarket of the future’ explores how the systems of data and information available to us today can change our relationship with food, indicating the origins and characteristics of products (photo Delfino Sisto Legnani).
View of the Future Food District.
Salvatore Veca.
#Design #Projects