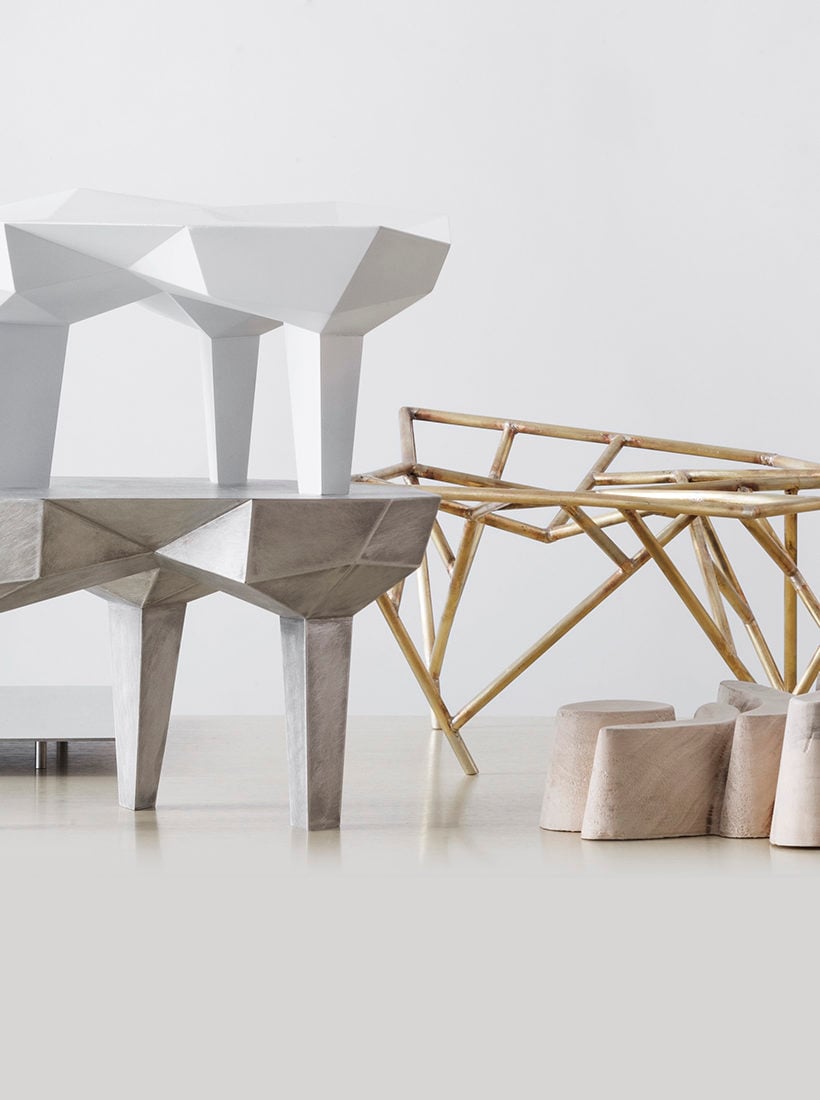 The private life of happy objects

Instability, time and control are the most pressing obsessions in the work of a contemporary designer. We have triggered a dialogue on the theme between two designers (Mario Trimarchi and Tord Boontje ) who share an animistic approach to their material production, but at the same time narrate two different visions of the life of things and the meaning of design.

Mario Trimarchi: Lately I fibd myself thinking a lot about the possibility of inverting the usual process with which we choose objects, starting with the need to fill a space, and I imagine an opposite direction, i.e. that of constructing spaces around selected objects that gradually determine their companions, and construct an environment only as a consequence of that… When I visited your studio in London I had the sensation of being immersed in a family of colors existing in great harmony, creating almost a festive situation, an aura of fun around people…

Tord Boontje: I believe objects say a lot about our personality and represent the next level after apparel, which is the first thing we choose to represent ourselves. Where I’m concerned, I think things are resources that can provide information at different degrees, almost like a library or a memory on which to draw, to seek help. Every time I design a new chair, the previous one turns out to be able to give me a bit more information. After having designed three chairs, I might have a better understanding of how to do a table.

MT: Exactly! The sensation that your objects tend to seek each other, to try to stay together, because they feel good together… In my case, on the other hand, I have the impression that they try to establish a certain mutual distance, which is the one generated by their shadows, a sort of buffer zone in their proxemics. Your objects are more courteous, in my view, while mine reflect obsessions…

TB: It’s true, my projects tend to want to mingle with each other. I believe firmly in creative chaos. When I was at the Royal College of Art in London, it could happen that in the same room there were people sewing and cooking, or tending the tomatoes in the garden… Now and then the projects would cross paths spontaneously, and marvelous things would emerge! As for obsessions, I too have quite a few! There are things that keep coming back, almost randomly, like the flowers. I’ve been designing flowers for ten years! Another obsession that I have is storytelling, in the sense that every object, in my view, has to grant the possibility for people to imagine a story.

MT: People are very important for you, while instead I must confess that when I design I always think about myself.

TB: For me it is like music, I would like to make songs that can be danced to, by the largest possible number of people. To make objects like mass media. Of course every starts from myself, also because it doesn’t happen very often that a company proposes something, it is much more likely that I will be the one to bring them a project that has gotten started inside me. If by doing this I manage to make people feel good, then I have achieved my goal. In you, Mario, I think this thing of always thinking first about yourself is clear in the fact that your projects seem to start from the beginning each time, without ever repeating yourself, as if in effect they were coming out of research that goes beyond the object per se, something that is more a part of you, something personal.

MT: Some time ago I came up with the word “pochismo” (little-ism) to define what I have in mind when I am designing. To put a little on a white page, maybe a single geometric sign, one single obsession at a time. I always tell the people who work with me that it is better to have one idea than to have two ideas. Now, for example, I am concentrating, also with my students, on the possibility of making a series of objects – from 1 to 10, let’s say – that last forever. And this naturally also involves the theme of choice: for example, to choose a single plate in which you will have to eat different meals for your whole life, then passing it on to the next generation…

TB: To be honest, the idea of having to choose something once and for all, and then perhaps even imposing it on others, rather scares me. I have something a bit opposite in mind, namely that it would be great to have many different table services at home for different occasions, for every mood, every combination of people, every kind of food… If you are too selective, I think you run the risk of becoming rigid, in a single possible interpretation. A person could also buy things just to satisfy a precise moment; I think not having to grant too much importance to objects is a remarkable luxury.

MT: Instead, I find myself in the contradiction of thinking that objects have a real life away from me, that they can decide things for themselves, that there is at least a factor of 20% of imponderability in projects, which I can immediately recognize in the work of some of my mentors, who pay close attention to the force of the final result, but are rather fatalistic about controlling things down to the millimeter.

TB: I feel your same concern when I do textile design, where it is possible to control what will happen only up to a certain point. I draw a lot by hand, as you also do, I think, and then I model, I make random, very complicated objects, for which the three-dimensional factor is very important. Maybe we share this theme of complexity.

MT: Speaking of textiles, I just designed the prints for a capsule collection of an Italian fashion house: all drawings in black and white. And I nurture the perverse idea that garments that will be made of them will be worn only by women in black and white, walking down black and white streets, in wonderful landscapes full of black and white trees, which is not very realistic.

TB: No, it is not realistic. I too design objects to make people happy, but the happiness doesn’t actually come from the objects. And then there is a whole range of interesting emotions that interpenetrate those of happiness and have to do with mysterious, at times disturbing aspects. Like a film by David Lynch, that can give you a different sensation each time you see it.

MT: Effectively, we often hear people say that objects should make you smile; maybe we should go beyond that, and try to design objects that smile themselves, sooner or later, even when we are not there. Or even behind our backs… why not?