Knoll and the Bauhaus

#design
Knoll and the Bauhaus

For the Bauhaus centenary, Knoll pays tribute to its bond with Marcel Breuer, Mies van der Rohe and the famous school of architecture. With special editions and a renewed commitment to grant a future to history

To have roots in the historical memory of a community and to make them come alive in the present is a responsibility held only by a chosen few: undoubtedly an honor, but also a commitment with respect to a story that begins with specificity and gradually develops to become universal. A story very similar to the one that bonds Knoll and the Bauhaus, a setting that witnessed one of the most intense battles for the ratification of that industrial modernity for which Knoll was to become an absolute emblem.

But this is not just a story from the past: today, when we talk about Knoll, our thoughts immediately turn to a range of materials and compositional elements of design that are not only those of the modernity of the Bauhaus, but those that have always existed in an entire, timeless modernity. Today, as in the past, the clarity of the company’s identity is conveyed by the people and designers who have always ensured that those who design products for Knoll will also share its vision, becoming part of its history.

This is precisely what happened when the liaison between the Bauhaus and Knoll was created by two remarkable personalities, who respectively brought Ludwig Mies van der Rohe and Marcel Breuer into the firm: the late Florence Knoll, who recently passed away, and Dino Gavina. But let’s start from the beginning.

In 1930 Mies had become the third director of the Bauhaus, where he attempted to respect the critical spirit of the school’s origins while also emphasizing the mission of adaptation to industrial modernity of the new wave of German design. The architect had just been through the experience of the German Pavilion at the Barcelona Expo of 1929, which had brought him worldwide acclaim thanks to a work of architecture that combined the essential quality of the archetype with the impact of a manifesto, a paradigmatic example of the famous motto “Less is More.” 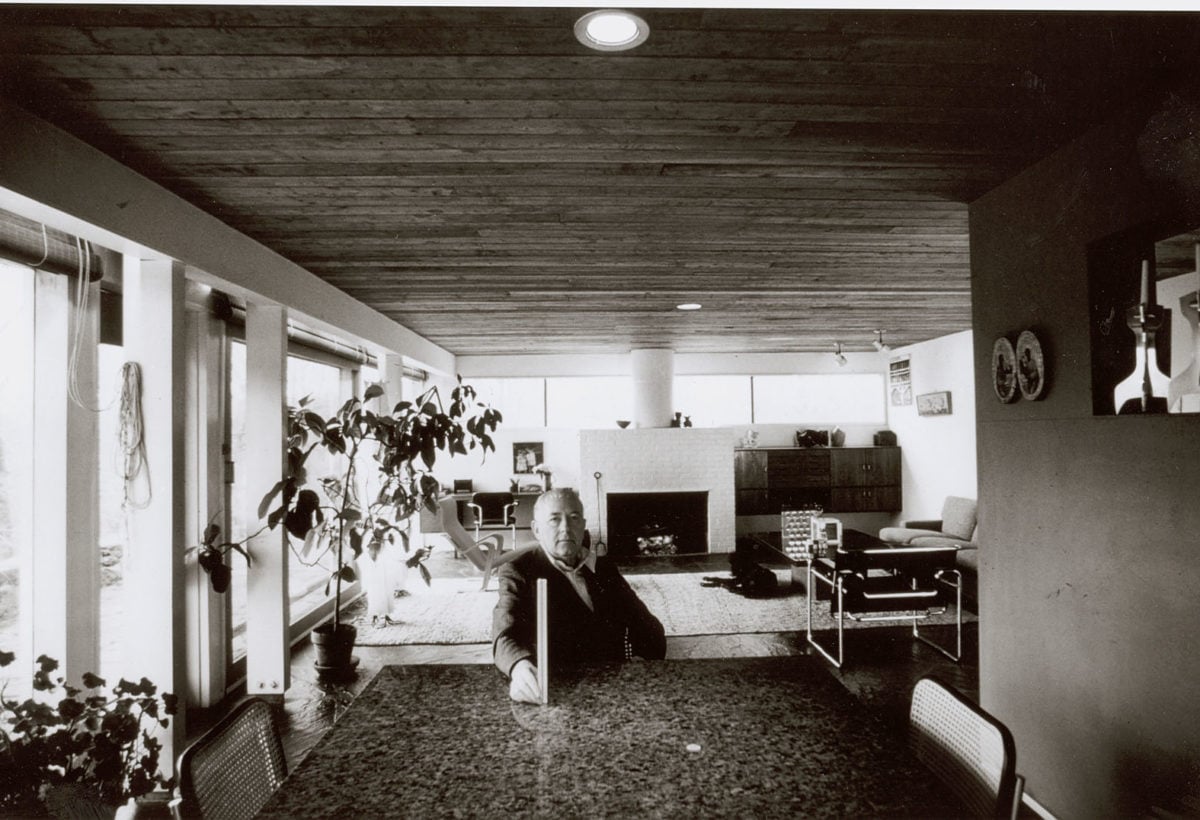 In 1928 Mies had conducted research on rationalist furniture made with metal tubing, a symbol of modernity, with the MR20 model, a chair with or without arms which gave rise to other variations (chaise longue and small armchair) that would all be eventually gathered in the MR collection. But the absolute emblem of modernity was precisely the armchair designed by the master for his pavilion, the famous Barcelona, a true contemporary throne that is now available as a Limited Edition. This chair is a bridge between past and future – as only true icons can succeed in being – which evokes the crossed design of the sella curulis of the Roman kings, made here in chromium-plated and polished metal that reflects the surrounding space. It was clear that Mies van der Rohe did not want a seat without history, but wanted to grant a future to memory, launching a new sense of aesthetics based on economy instead of excess. What he brought to teaching from these experiences was precisely this idea of a timeless modernity, of the possible marriage of past and future in relation to a new way of producing things, getting beyond the limitations of the barrier between industry and crafts.

This idea of freedom soon clashed with the repressive wave of rising Nazism that forced the Bauhaus to close its doors in 1933, after which Mies moved to the United States. He became the dean of the Department of Architecture at Armour Institute (which became the Illinois Institute of Technology), and it was precisely in this context that he met a promising young student, Florence Schust, the future wife of Hans Knoll. This encounter made an indelible mark on the lives of both: that of Florence, for whom Mies became a mentor and an absolute cultural reference point; and that of the architect, for whom the Knoll family was to become – starting in 1948 – a perfect counterpart in the exclusive realization of his modern furniture design.

His approach, though part of the International Style with its rationalist background, always conserved its own precise, independent identity. From the first edition of the Barcelona Collection in 1948, to the MR Collection in 1964, the masterpieces of Mies van der Rohe from the late 1920s became part of not only the history of architecture, but also that of design, thanks to the process of engineering, industrialization and distribution set in motion by Knoll International. Their essential elegance bears witness to the brilliance of one of the greatest 20th-century architects, but above all it reflects a modernity that knows no geographical or chronological bounds. It’s the exact same modernity we can see in Marcel Breuer, another protagonist of the Bauhaus who was to become part of the history of Knoll.

One of the most fertile relationships in the history of the design industry – that of Gavina and Knoll – dates back to 1968, the year of their merger. The former Gavina manufacturing facilities at Foligno – designed by none other than Achille and Pier Giacomo Castiglioni in 1963 – are still one of the most important production sites of Knoll on both a European and a worldwide level. One of the first and most lasting results of this merger was the Breuer Collection, which, since 1969, has become one of the constants of the Knoll catalogue, due to its continuing market success.

The collaboration began in 1962, when Dino Gavina set off from Italy to go to New York for a meeting with Breuer. The entrepreneur from Bologna wanted to produce Breuer’s furniture designs, reissuing masterpieces that had been out of production for some time. In his inimitable style, Gavina showed up at Breuer’s studio with a gesture of courtship, bringing an enormous bouquet of roses, which won him both a smile and a signed contract for the reissues.

Breuer was a designer who truly summed up the ideals of the Bauhaus, where he was first a student and then a teacher. Attending the lectures of Wassily Kandinsky in 1922, who brought the influence of abstract painting to the school, Breuer learned to perceive the potential of the essential form. A symbol of this cultural debt is the Wassily chair, with a support structure in metal tubing probably based on that of a bicycle. With this model the deconstruction of modern furniture is fully under way, and the next step is a cantilevered chair, Cesca, which is even able to do without two of the usual four legs, which get absorbed in a structure that is as elastic as it is visually and physically light.

Breuer’s urge to experiment did not fade away after the Bauhaus years, but the political situation in Germany convinced him to emigrate as well, first in Europe and then to the United States. Here – like Mies – he found a second homeland, teaching at Harvard thanks to the support of Walter Gropius, another expat for similar reasons. In 1966 his Whitney Museum opened in New York (now the MET Breuer) on Madison Avenue, one of the symbols that would make Manhattan the cultural epicenter of the contemporary world. And it was precisely in New York that a new path began for Breuer, leading to the production of his design once again in Europe, this time in the Gavina factories in Italy, generating products distributed around the world by Knoll International. A story that up until today confirms that modernity lies not only in historical facts, but also in the spirit of the time that renews it, by choice.