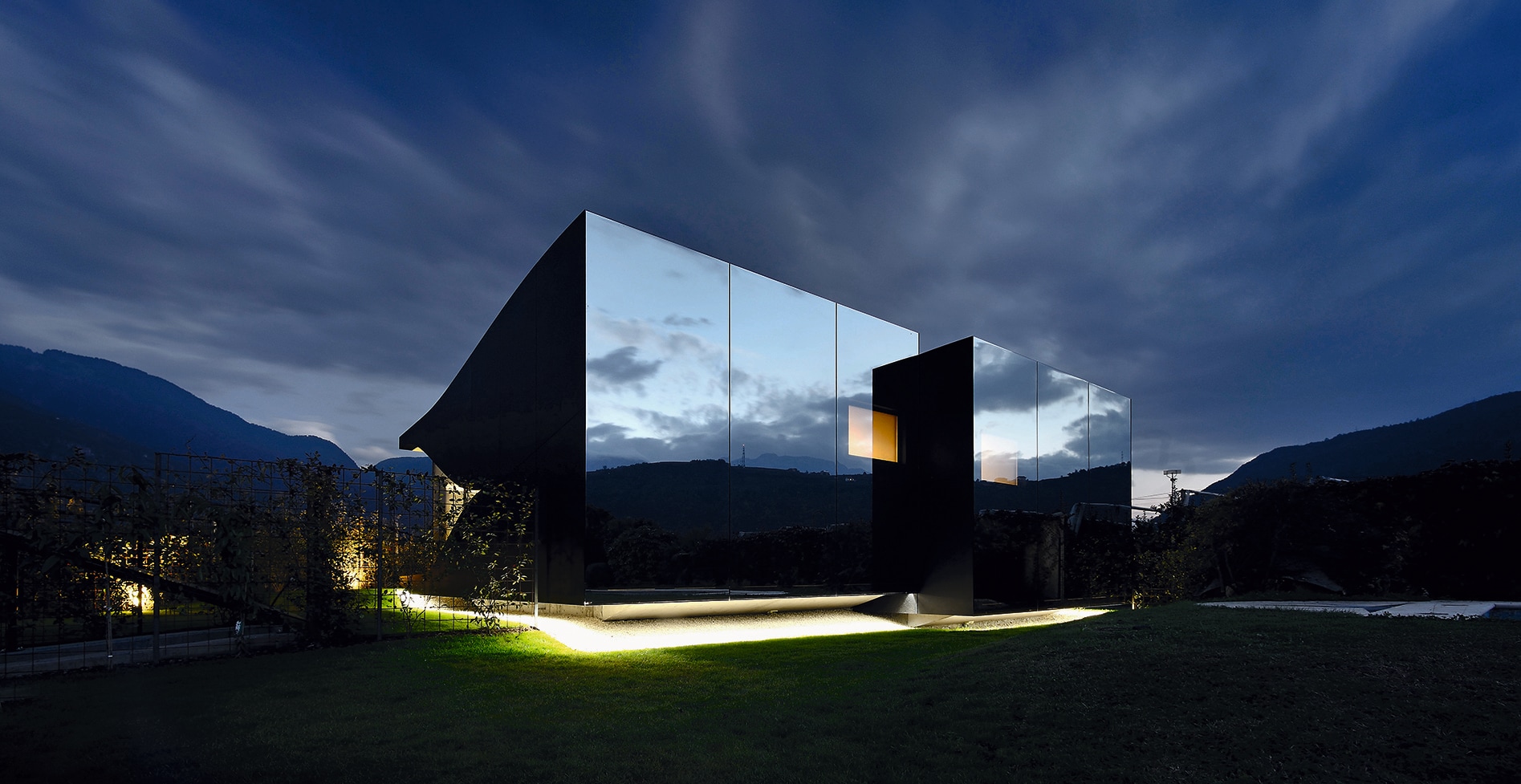 Thirty-three years old, already a citizen of the world at age 20 (he studied in Vienna and California); born in Bolzano, Alto Adige, but with extensive professional abroad (he was the ‘apprentice’ of the famous architect Zaha Hadid, with whom he worked for several years); his own studio, recently opened in the canal district of Milan, which has already won several design competitions (the latest calls for the construction of an extra-luxurious 5-star hotel in the Dolomites), and constructed many buildings (big attractions on the web, like the Mirror Houses published here).

We’re talking about Peter Pichler, who in this interview narrates his work as an architect.

HOW DID YOU HAPPEN TO WORK IN THE STUDIO OF ZAHA HADID?

She was one of my professors at the University in Vienna, and after graduation she asked me if I wanted to join her studio, which she shares with Patrik Schumacher: of course I said yes, so I worked for her, first in London and then in Hamburg. I was interested in gaining experience in a big international team, full of talents, working on a very high level, which gave me a chance to work on major projects all over the world. Above all, I was intrigued by one particular aspect of Hadid’s operation.

That of high-tech research. As a young designer, today I think we cannot do without the use of the tools technology provides for us, the most sophisticated design software.

It enables you to approach large-scale works without sacrificing quality, excellence and attention to detail, and it also allows you to control costs. All things that would have been impossible a few years ago for a small studio. Of course the fact remains that the spark, the creative idea that gives substance to the project, still comes from the head. And, I would add, from the capacity of the architect to adapt to the context, the place where he has to work. Not just in terms of landscape characteristics, but also cultural and social aspects. In short, the dialogue between the architecture and the site is one of my main priorities.

AS IN THE CASE OF THE MIRROR HOUSES?

Of course. The project started from the location, a natural context of great visual impact, to conserve and exploit, and from the need for privacy of the client and guests (the Mirror Houses are two single-family units for hospitality, ed.).

By erasing the buildings in the landscape thanks to a super-technological mirrored facade, which reflects the beautiful mountains. This happens on the western side, where the two houses face each other on the property of the client, who wanted to conserve privacy and visual autonomy; on the opposite side, to the east, the two volumes open completely to a private garden and the landscape, with a large glass facade. Everything contributes to maximum sustainability: from the wooden structure clad in black aluminium to the physical plant solutions that utilize renewable energy sources.

On the western side the black aluminium cladding is transformed to become a large mirrored surface, capturing the surrounding panorama. The structure is suspended on a base above the terrain, a solution that gives the volume a greater sense of lightness.
The eastern facade opens to the landscape of vineyards with a large glazing.
The design decor (tables and chairs by Plank; lights by Artemide, trolley by Kartell) is based on solutions for maximum functional quality.
Each unit (see the section) is composed of a kitchen-living area, a bedroom and a bathroom.
A kitchen-living area, a bedroom and a bathroom with large skylights in the roof to bring natural ventilation and sunshine.
View of the bathroom.
A large glazing connects with the curved profile of the black aluminium enclosure.
#Design #Projects