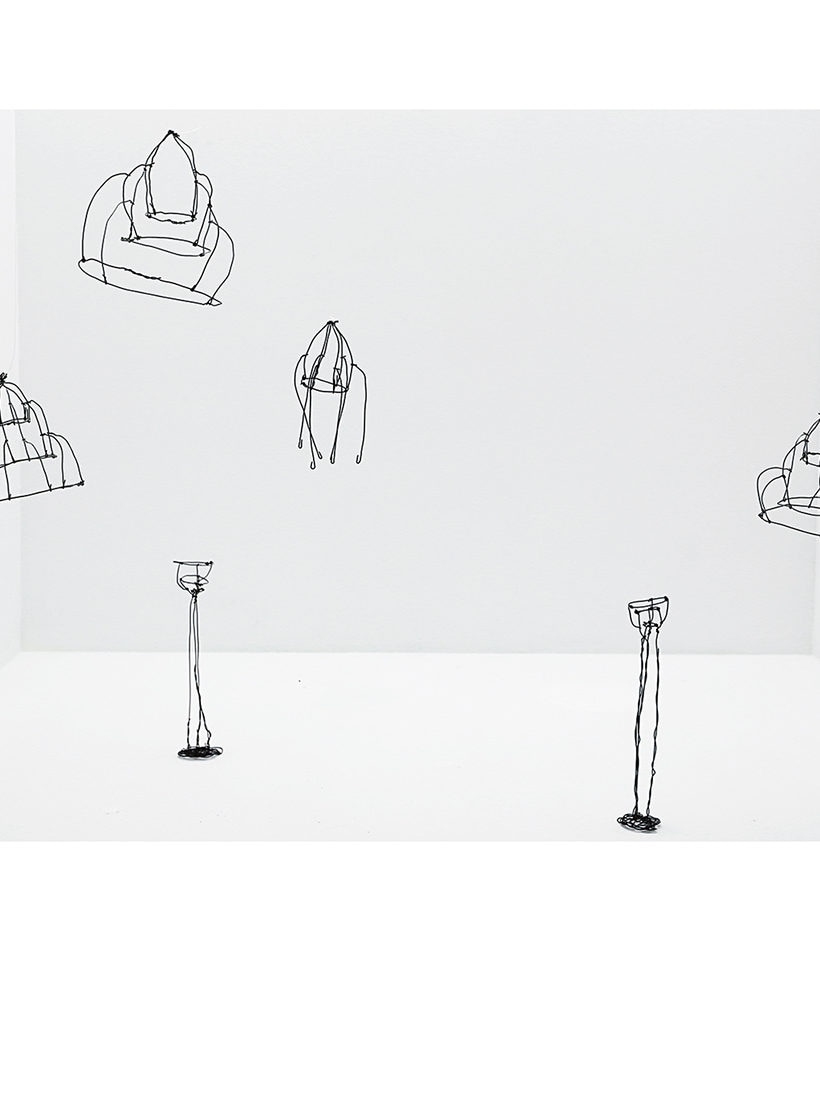 The theater of Objects

#London
The theater of Objects

Emilia Serra, architect, and Andrea Mancuso, designer, better known as Analogia Project, met in London at the Royal College of Arts in 2010, and continued their experiences in that city working with Nigel Coates.

Then they decided to go back to Italy, “because you often forget that the best companies and artisans are here, and if you want to work at the top of the design field, you need to speak Italian.” They opened their studio in the canal zone of Milan, but while they work with national and international institutions and labels of design and fashion, they have remained at a certain distance from the Milanese system.

In Italy they rediscovered certain crafts talents, like the ceramist Alessio Sarri of Sesto Fiorentino, who has made important works for Memphis, including the reissue this year of the Indian Memory collection by Ettore Sottsass.

They are long-time friends of Roberto Ziliani, founder and CEO of Slamp, who with his network of artisans in Pomezia has helped them in the development of certain experimental projects. This year they are presenting two lamp projects for the brand, “very different in terms of research and references,” the two designers explain, “but joined by the technological experimentation made possible by the big investments made by the company in new processes, and by the manual side which permits totally in-house creation of prototypes.”

The collections are called Dome and Overlay. The first is inspired by the historic Roman decorations of the 1st century, conserved in mosaics and inlaid marble works, and it has the particular feature of concealed LEDs in the perimeter of the diffuser cap, making the light source invisible while spreading its glow.

A little feat of technological magic that avoids direct light, giving rise to an architectural light that seems to make the plastic material of the lamp more precious.

“We had never worked with plastic material,” Emilia and Andrea say, “which seemed very austere and not very flexible for projects that go beyond the decorative level, but then we revised our impression, creating a hybrid with elements that reference a completely different imaginary, obtaining an amazing result.”

The material, and the overlaying of different chromatic and materic results, are also in the background of Overlay, a table lamp developed in collaboration with Montblanc. “We started with the archetype, and with the help of technology we inserted a little functional surprise, so the lamp turns on only when it interacts with a Montblanc pen. The image is that of a classic, bourgeois model, in which you cannot see the wires, though it offers perfect lighting thanks to a row of LEDs arranged inside, with great technical expertise.”

One of the most interesting characteristics of these two young designers, which emerges fully in the collaboration with Slamp, along with their projects for other clients – galleries, fashion companies, historic furniture brands – is the versatility of their poetics, straddling archaeology, fashion, art and architecture, references to the past, explorations of crafts, experiments with the new. In their language objects become the characters of a play, theatrical presences.

This is the case of Luminaria, presented with Galleria Nilufar at Milan Design Week 2017, a family of lamps entirely made in brass, curved while hot by hand, inspired by the folk festivals of southern Italy and their Baroque platforms, creating the effect of a suspended, light and at the same time monumental architecture.

Or the In Furs pieces, designed this year for Fratelli Boffi: ottomans and furnishing complements where wood, leather and fur become the garb of strange Martians that since the 1950s have entered bourgeois homes, with irony and sophistication, paradox and vintage elegance.

While recent years have accustomed us to the incursions of fashion expressions into architecture and design, the creations of Analogia Project indicate a new path, a recognizable and radical identity, in which usability and domestic function become a challenge of theatrical impact, and a craftsmanship takes on meaning thanks to a coefficient of technological surprise it nimbly conceals.

While fashion has inured us to short memory and crafts has directed us towards fixed localism that is sometimes incapable of communicating with the outside world, the work of Analogia Project tunes into a slow, shared time, like a déjà vu of worlds we may never have visited, but that speak to us of a collective, mobile identity