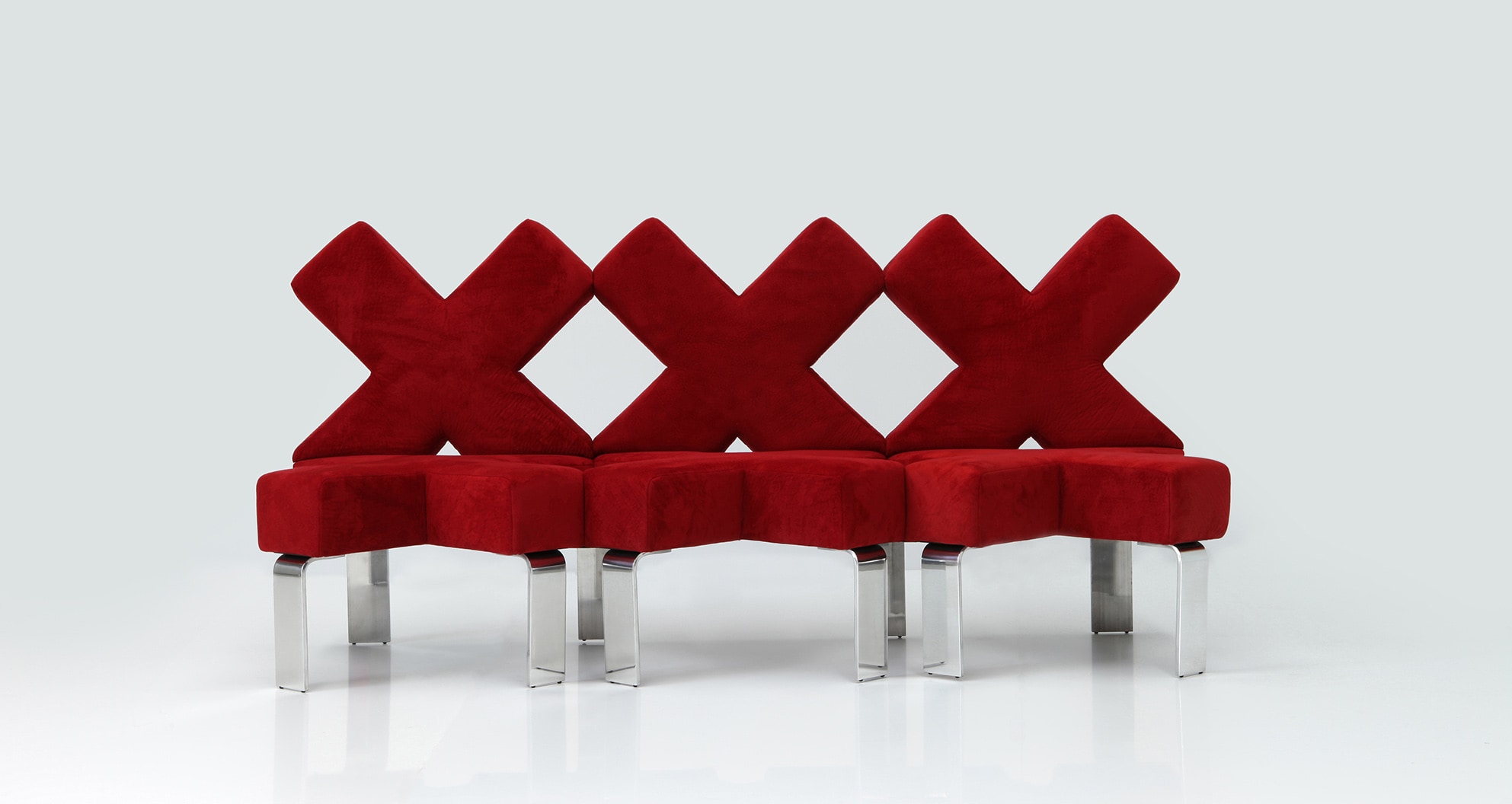 Design is a serious thing. So serious, in fact, that if you know how you can jest about it: objects, in any case, are willing to put up with both gravity and humor, as postmodern design has demonstrated in its time, definitively sanctioning the presence of the symbolic along with the functional.

Since then, the ‘moralist’ tradition of the Modern Movement – which saw its historical task as that of guiding users down the righteous path of Function – has gradually given way to a more exuberant and expressive vein. The Russian designer Dima Loginoff is one of its most interesting exponents today.

Based in Moscow, in a nation that, as he says, is one of “retail sales without design production,” Loginoff has worked more with Italian than with Russian companies, following a convergence he says is only accidental but might conceal deeper elective affinities.

“I have never done anything in particular to get in touch with a company. I only know that in my case knocking on doors wasn’t working, so I tried to make my design gain visibility, if only through concepts, and that worked. Before signing any contracts and having any pieces in production, my work was published in many international magazines, and I believe that is how Studio Italia Design noticed me.”

What seems immediately evident in the projects he has done for this company and others like Artemide, Axo Light, VitrA, Artex, Evi Style, is the light, amused touch with which Loginoff handles poetic fragments taken from a ‘precious’ tradition of decor, and from the new sensibilities introduced by digital synthesis of polymers, finely blended in formal trajectories that develop like the spinning balls of a juggler.

Loginoff thinks of himself as a “child of the Internet era,” an era that offers designers the possibility of probing project results starting with the most extreme and improbable visual synapses.

And this surfaces precisely from the production of the Russian designer, in which it would be hard to define a single style, because rather than a ‘sign’ he has a characteristic ‘touch,’ a way of caressing the detritus of beauty washed up by the tides of a post-historical epoch and used to define the object through a sort of subtractive addition, where the more he adds veils the more he reveals, the more he covers the more he discovers, like a coy onion from which, in the end, one manages to glimpse a light yet terrible secret: the lack of a core, replaced only by ethereal, brittle, resonant pulsating of energy.