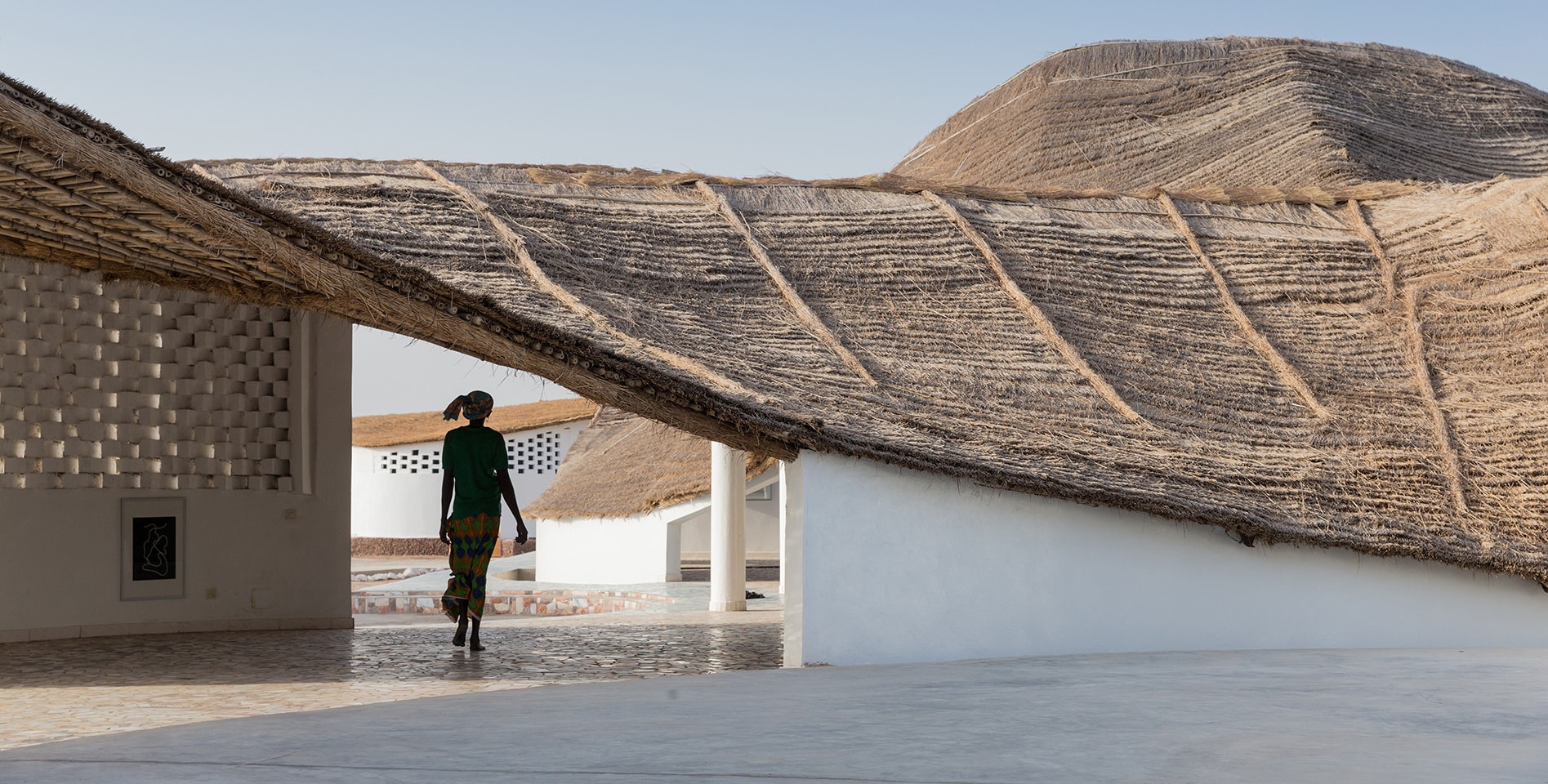 Josef Albers (1888-1976) was a German artist who worked in the Bauhaus at Weimar. In those years his works attempted to disrupt the static character of painting, to bring out the instability of forms through repetition of abstract geometric modules, making use only of primary colors, in keeping with his motto: “minimum means, maximum effect.”

After the closing of the school of Dessau due to Nazi repression, Albers moved to America, becoming a citizen in 1939, and continued his artistic research. In 1971, in Bethany, Connecticut, a non-profit foundation was formed, bearing his name and that of his wife, with the goal of promoting “the revelation and evocation of vision through art.”

Nicholas Fox Weber, executive director of the Albers Foundation and a volunteer in Senegal for twenty years in a local clinic to combat infant mortality, had the idea of opening an branch of the foundation in Africa, to teach people about the art of the place, to develop cultural initiatives and encounters, and to support creative activities.

Thread sets out to weave and unite art and education, protection and memory, interaction between local and international artists, all under the same roof. Through a process of participation, with the collaboration of students, Toshiko Mori, who has designed the new structure free of charge after two trips to Senegal in 2010 and 2012, identified the site for the construction of the THREAD cultural center, which documents the great local tradition of music and dance as well.

Taking Albers’ motto to heart, Mori has created – near a local clinic – a work of architecture like a figure eight, open to the landscape in a dialectical relationship. A harmonious insertion that does not give up on its own identity, which is highly recognizable from a volumetric and sculptural standpoint.

The white painted brick walls are made with local materials and techniques, with some perforated portions, staggering the bricks to create a geometric scheme based on the work of Josef Albers, while providing natural ventilation and sunscreening.

The rooms for the guest artists are placed at the extremities of the construction, while the roof, studied on a parametric level, becomes a sculptural, enveloping landmark. Composed of three layers of bamboo and pressed straw, the roof – like a sound wave – determines the shape of the spaces and the two internal elliptical courtyards, the focal points of activities and encounters, but also used to play soccer when performances or specific initiatives are not happening in the facility.

The multicolored floor is made with broken tiles arranged as a mosaic, and permits gathering of rainwater from the sloping roof, channeled to two large covered cisterns with a capacity of about 74,000 liters (one third of the overall annual consumption of the village of Sinthian).

As Toshiko Mori says, “you can make a building, but the most important factor is how the architecture is used over time; how it is structured on a functional level, how it becomes a truly sustainable program, at the service of the community.”