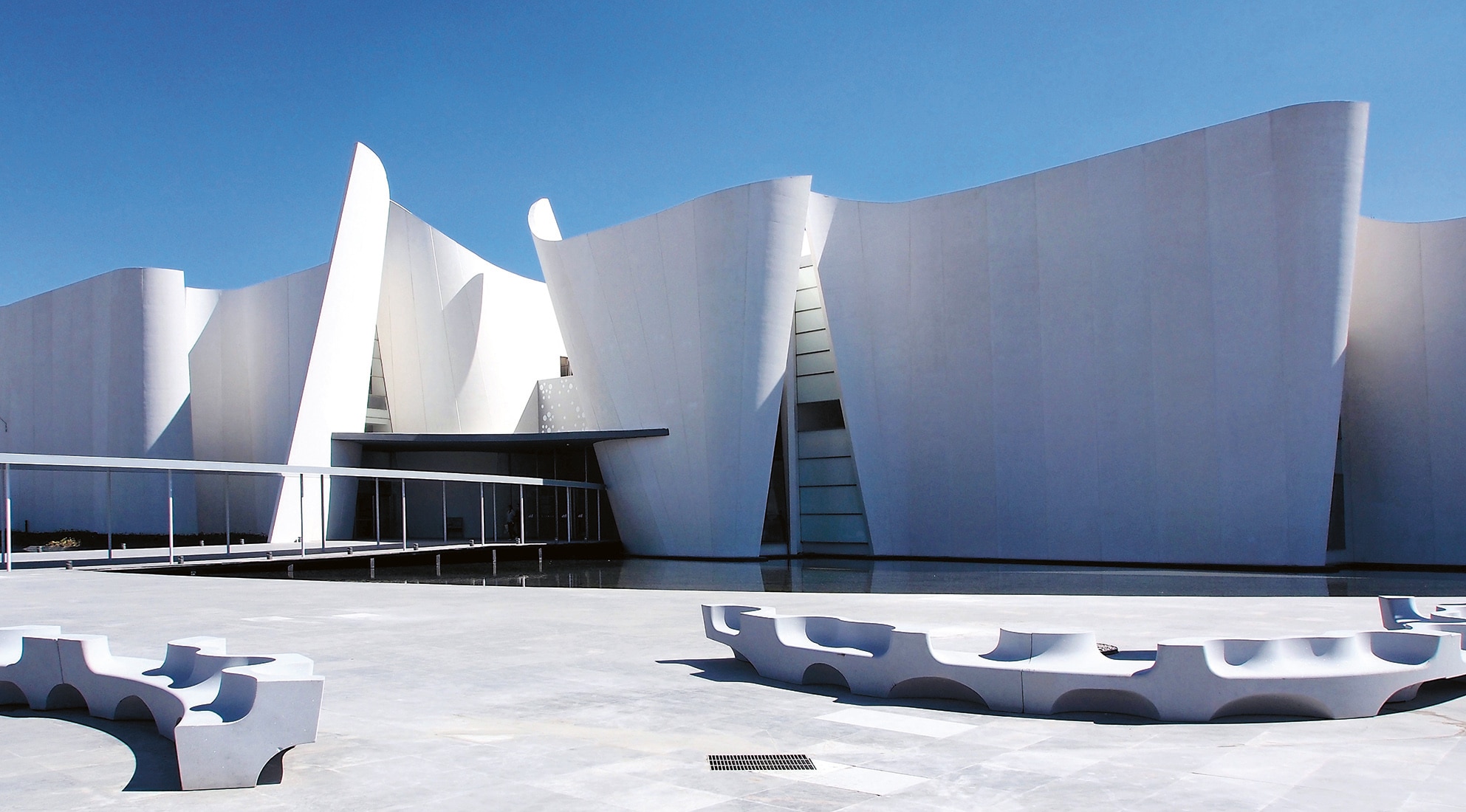 In the light of the developments of the design scene in the new millennium, of the objective condition of pluralist expression and the collapse of ideological tenets, the term “Baroque” used as an adjective, already in the 18th century, to negatively identify characteristics of formal complexity and decorative redundancy in architecture, can now be seen in its historical sense, with the value of a positive and timely message.

The pursuit of movement, a leaning towards the infinite, the antidogmatic use of the Greek-Roman classical language, light as ‘material’ of architecture, the capacity to reflect the rise of a “new vision of the world of its time, revealing in its perceptive modes the meaning of the new positive and dynamic infinity being proposed by all of culture, and by the sciences” (Dino Formaggio, Il Barocco in Italia, Mondadori Editore, 1960): all this can be rediscovered in the complex, dynamic period of the Baroque.

As Formaggio acutely observed in his famous book, “The Baroque also represents the discovery of an idea of artistic endeavor in the sense of contemporary culture; it is the first celebration of the most unfettered freedom of art, precisely as art and artistic technique, not as canonical revelation of ideal beauty. […]

Precisely in this taking of independence and specificity of unbridled freedom of an art capable of experimenting with its power to produce meaning, infinitely and in all directions, lies the true and extraordinary timeliness of the Baroque, as well as its precise historical character.” Words that after half a century remain a reference point of surprising modernity with respect to the complexity of the dynamics of contemporary design, its interdisciplinary condition and the value of necessary experimentation conducted at multiple levels.

All this is the field of reference of the project for the Museo Internacional del Barroco (MIB) that Toyo Ito has designed inside the Reserva Territorial Atlixcàyotl, near Puebla, Mexico. A courtyard building on two levels that starts with an orthogonal grid of large interconnected exhibition spaces, then slightly distorts the layout, deploying a sum of partitions in movement able to form a sculptural figure that establishes a relationship with the theme of the museum itself, and its displays.

In this sense, Ito reinterprets the meaning of the Baroque in a contemporary way; in the fluid dimension of the spaces and the facades, the strategic use of light called upon to shape the interiors and bring out the dynamism of the exteriors with the changing shadows throughout the day, and in the compositional experimentation of the whole.

The museum, facing a reflecting pool on three sides, with a plaza that welcomes visitors after the entrance bridge, develops an itinerary of thematic rooms inside, after a two-story space with a helical staircase (another tribute to Baroque architecture) leading to the first floor, with the terrace and cafe-restaurant, offices and educational workshops.

Each room is connected to the next by a spatial hinge that is transformed, at two points, into evocative light wells, projected towards the sky; effective and concealed internal towers that take part, like complete characters to be discovered, in the theatrical atmosphere of the exhibition spaces.

The rooms on the ground floor, which besides the exhibition spaces also provide an auditorium, a conference room and a gift shop, border the large central patio with another pool of water at its center, echoing the water outside but transformed, in this case, into a protected zone, an open-air hall. Crossing the architecture, one discovers the architecture, history and forms of the Baroque: “The style of humanity in the 1600s, refined through the fundamental ideas of positive and dynamic infinity […] an attempt to completely redeem the freedom of art and the natural, irrational passions of man” (D. Formaggio).

View of the side of the entrance with the access bridge from the pedestrian plaza and the custom benches. The sculptural concrete wings of the facades have been developed in collaboration with the Mexican company Danstek, specializing in prefabricated concrete.
The inner patio with the irregular reflecting pool that echoes the one outside. Furnishings by Kazuko Fujie Atelier.
The cafe on the roof terrace.
Axonometric scheme of the volumetric composition.
The overall plan.
View of one of the two evocative internal full-height towers connecting the rooms of the museum.
The helical staircase leading to the first floor, in the large two-story lobby.
View of an exhibition space.
#Design #Projects #architecture