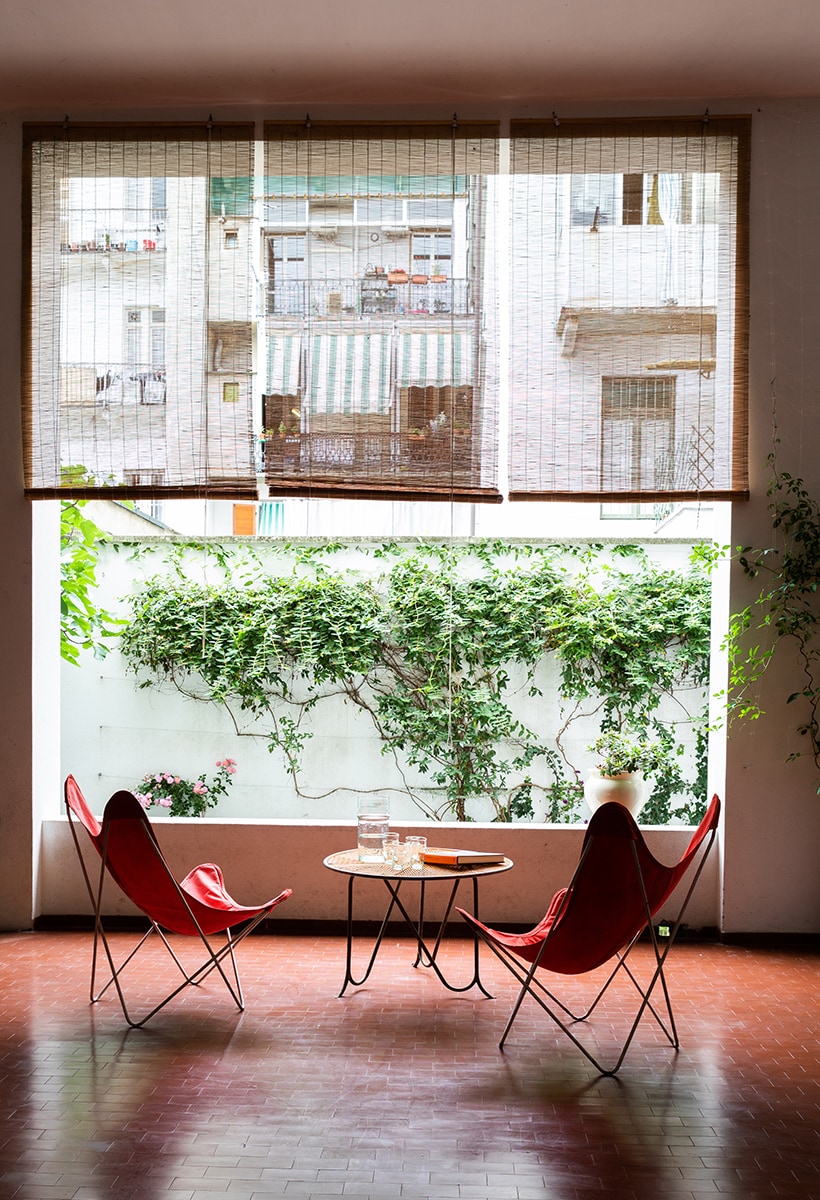 In the 1990s Matteo Robiglio and Isabelle Toussaint, the creators and inhabitants of this loft in Turin, operated in the Avventura Urbana collective, a company specializing in participatory design for the regeneration of peripheral zones. A few years later, in 2011, together they founded TRA (Toussaint Robiglio Architetti), and almost at the same time they developed and built this new family dwelling for themselves.

So the urban adventure continues, we might say, channeled into the complex dynamics of shared processes that lead to a more personal dimension, where the discussions between inhabitants and stakeholders are replaced by the option of buying, renovating and living in San Salvario, Turin: a creative, multiethnic and traditional district, all at the same time, conveniently located between the rail station and the Valentino park that runs at a short distance from the Po River.

°
Isabelle Toussaint, architect, expert in urban and architectural restoration, from 1997 to 2011 was a member of Urban Adventure; Matteo Robiglio, architect, in 1992 was one of the founding members of Avventura Urbana, the first Italian company of professionals specialized in planning and participation for public policies. In 2011, together they found TRA (Toussaint Robiglio Architetti).

The new residence takes form in a 19th-century block, which after damage caused by bombing in 1944 was converted for the use of Torrefazione Deorsola - a well-known coffee supplier in Turin. Today, after an honorable industrial career, the place becomes a contemporary loft.

Coping with rather rigid regulations, the project pragmatically creates an interior that is elegant but also practical and flexible at the same time; the goal was to make a welcoming, informal dwelling where privacy can easily coexist with socializing. The logistical aspect was also very important: the house had to serve as a strategic center of gravity for the local and global journeys of the two architects, whose time is packed with various academic and professional commitments. 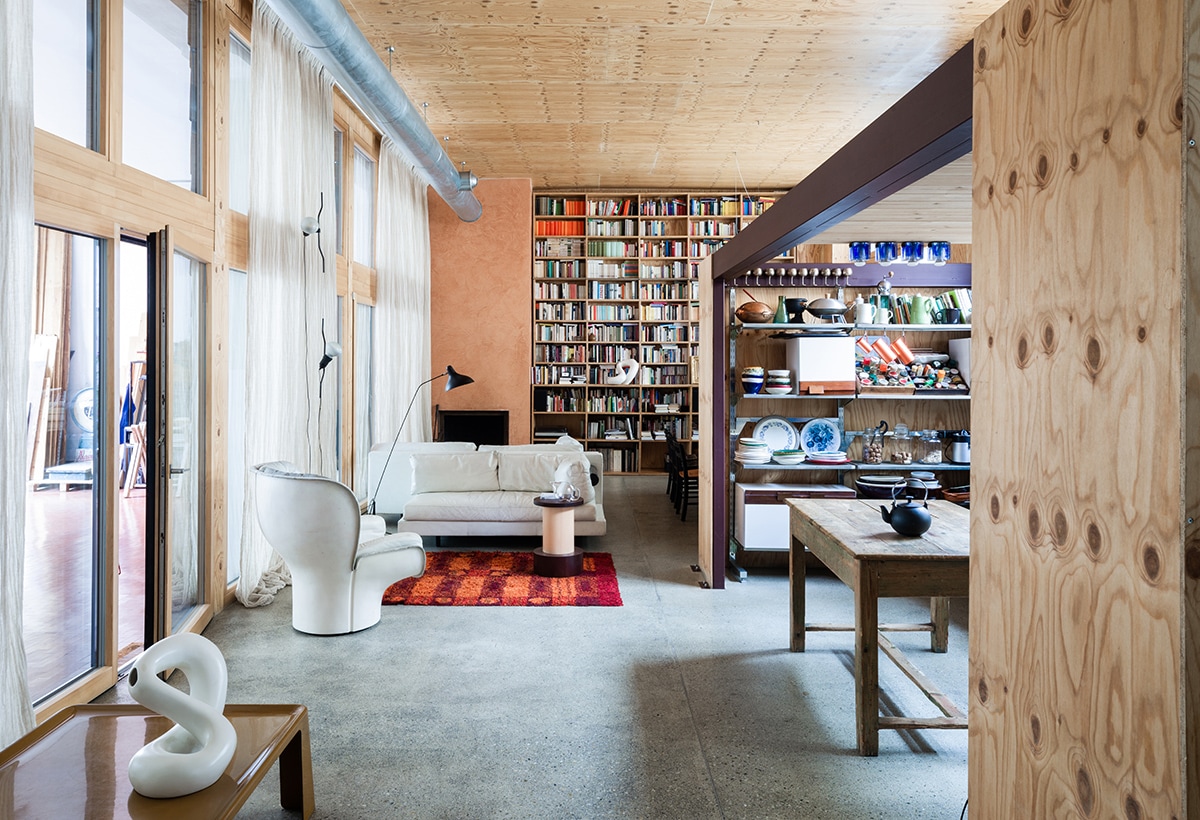 9
In the living area, the continuous glazing with frames in natural wood faces the covered loggia, with original red clinker flooring. Right, the canopy of the kitchen, in wooden panels with a metal structure. Left, in the foreground, a ceramic vase designed by Karim Rashid for Bitossi, an Elda chair by Joe Colombo, a coffee table by Ettore Sottsass for Oak, in a numbered edition 7/20, and a 1980s sofa by B&B Italia.

Therefore the old coffee factory has been reborn as an introspective space, “without views and hidden from view,” the architects explain, “composed of two white apartments bordered by glazings with iron frames; one for us parents, one for our two children.” The internal spaces are organized in a ductile way, exploiting heights that in the living area reach four meters, for the insertion of lofts: three as bedrooms and a fourth, larger platform as a canopy that encloses the kitchen.

The project – strictly a duo effort – comes to terms with multiple needs and desires: family life, energy savings, the pleasure of a small walled garden, privacy, the taste for materials and artifacts of an industrial past, combined with modern vintage furnishings. 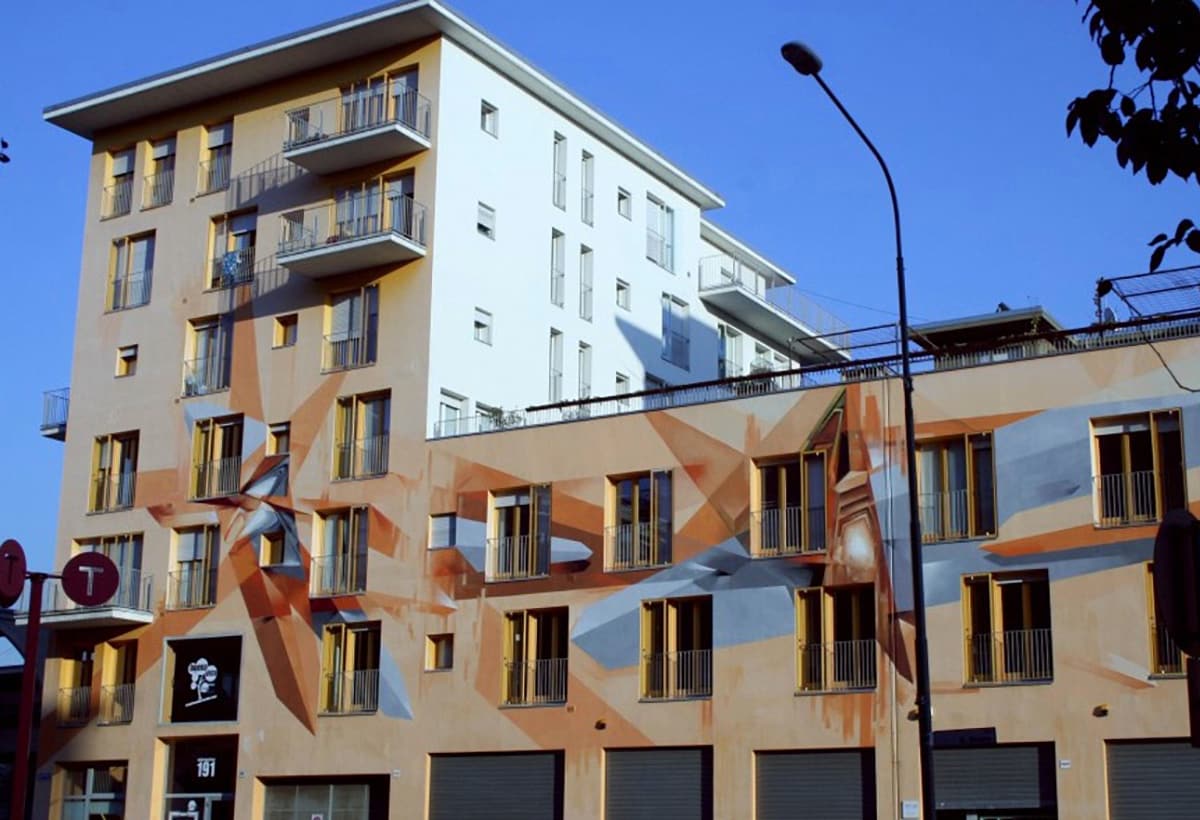 3
In the gallery, some projects by TRA Studio. Buena Vista is a new social housing experiment in Turin: the buildings of the MOI, a former Olympic village, host the new social housing project of Social Club, the non-profit association of Turin. The project consists of the creation of 42 new housing units with restricted fees mainly for non-profit operators, which host families, singles and cohabitants in a stable form and temporarily housing people and university students away from home.

The approach is ‘adventurous’ but without overdoing it: the available volumes have been nimbly reshaped, paying close attention to quality of life and details, like the industrial wood paneling and the casements, always using natural colors and textures, the large bookcases, objects of affection, the open kitchen, the floors in textured concrete.

“
The old coffee factory has been reborn as an introspective space, “without views and hidden from view, the architects explain, composed of two white apartments bordered by glazings with iron frames; one for us parents, one for our two children. (Matteo Robiglio e Isabelle Toussaint)"

The materials and technologies respond to the goal – certified by CasaClima – of putting the new residence into class A, with the highest levels of energy efficiency. A layer of panels in recycled polyester fiber wraps and insulates the interiors, which contain pieces of Italian design, mostly from the 1960s, 1970s and 1980s, mixed with objects found in family attics and flea markets all over the world.