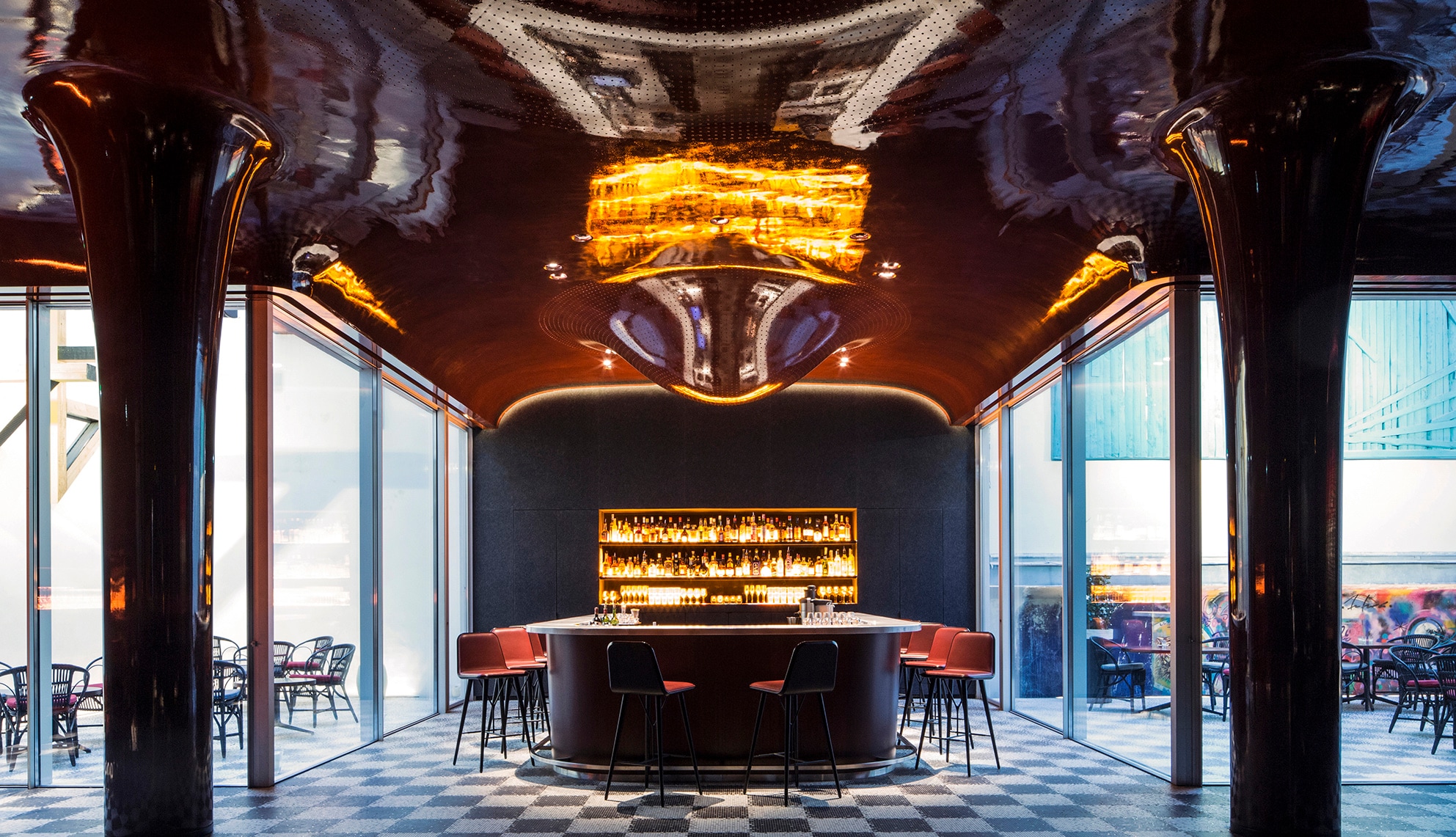 Closed since 2010 for structural problems, legendary Les Bains Douches, founded in 1885 as the municipal bathhouse of the 3rd arrondissement, between Marais and Les Halles, the first spa in the capital, frequented by guests like Marcel Proust, come back to life as a hotel and club lounge thanks to a new owner, the film producer Jean-Pierre Marois.

After the Haussmann period and the glorious 1980s and 1990s, when this was the iconic nightclub in Paris for celebrities and artists like Andy Warhol, Yves Saint Laurent, Mick Jagger and many others, the place has rediscovered the charm and splendor of a hybrid-chic setting, under the sign of design. With Vincent Bastie as the protagonist of the overall architectural project, Tristan Auer for the interior design of the 39 rooms and suites and the disco, and Denis Montel/Studio RDAI for the restaurant-bar.

A place within a place, the dining room – including a private area, a vestibule, patio and bar – has been conceived as a refined neo-brasseries by the artistic director of Studio RDAI designing the Hermès boutiques around the world.

“The esprit du temps of this address of bohemian and international charm suggested a contemporary vision with fluid, enveloping, tailor-made forms and innovative materials, a place of acoustic comfort that also evokes the past. As in the mosaic floor that seems to dissolve two million pixels in water,” says Denis Montel.

And in the club on the lower level, the dance goes on.