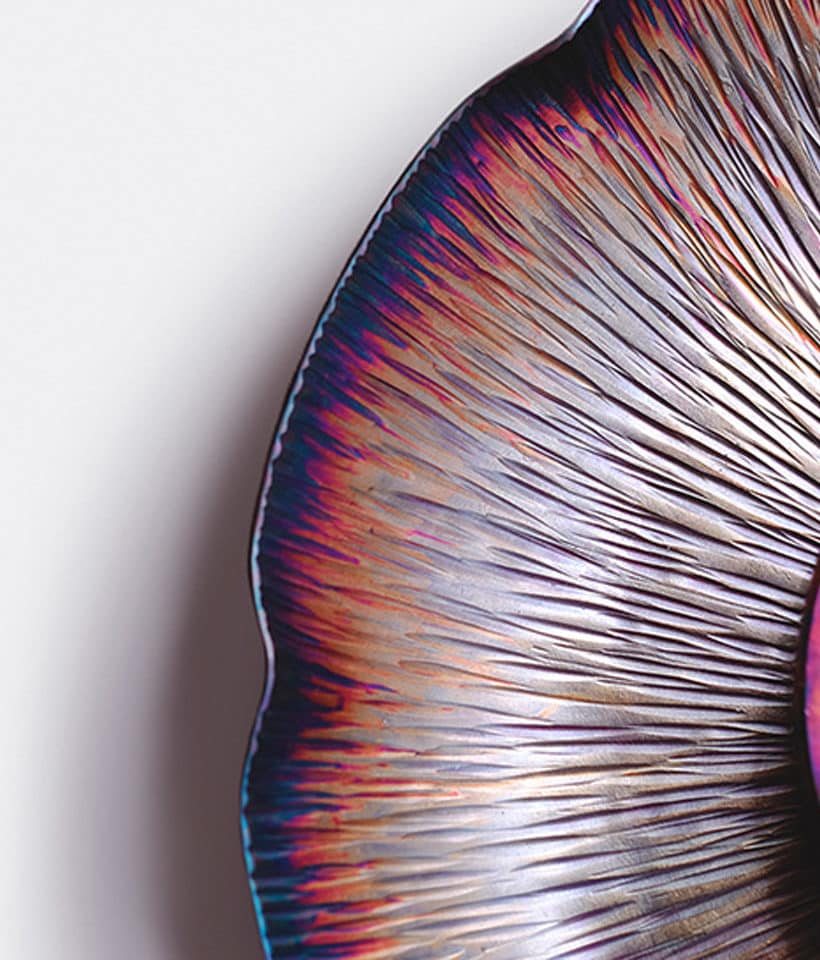 No project can exist without a philosophical horizon of reference. Designing means making a hypothesis on how things ‘could be’ as opposed to the mere recording of how things are. So design action represents the effort to get beyond the status quo and project into the possible, which can only happen on the basis of an idea, a vision, an interpretation of the world.

In this sense, the East and the West both have vast, important philosophical traditions, which in spite of the variety of their internal expressions rest on fundamental frameworks of reference. In the case of the West the philosophical research has concentrated mostly on the mystery of being, while in the East the focus has been on the deeper implications of becoming.

So while western philosophy, to think about being, has had to postulate its opposite, the void, eastern thought has developed as a ‘mixture’ of being and void in which things never coincide completely with themselves, because in the moment they ‘exist’ they are already becoming something else.

The material project (architecture, crafts, design), the ‘applied philosophy’ to reflects the worldviews that exist behind it, has therefore followed the path of formal assertion in the West, and that of sensory shadings in the East.

Where western objects are determinations of a rigid, still substance, sculpted in immanence, eastern objects are moments of passage of a flow that cannot be captured in a drawing, but only caressed by a silent brush.

The exhibition Craft Transcendence organized by the China Design Centre of London for the latest Maison&Objet illustrates the specificity of the Chinese approach with respect to that of Europe. The ceramics of Zhiwei Xu, in fact, like the iridescent copper plates of the independent brand Wuxuantu (founded by the sculptor Jianghong Jia and the designer Shan Wang), are vitreous, marine objects in substance and meaning.

Because glass, like the world of the oriental vision, is not a solid but a highly viscous fluid, which even it if seems still and tangible is actually flowing and elusive. Not even light can hold it in its immanence, which as it arises is already becoming transcendence. The porcelain of Xiadong Bian, made of fluent, liquid, transient matter, represent the instant in which the chrysalis emerges from the cocoon, the moment of metamorphosis from which a form emerges, not as sculpted stone but like a wave on water.

Water-based objects can also be seen in the porcelain pieces – with a more traditional tone – created by Mengya Zhang, decorated with an ink that shades the chromatic compactness into a liquefying blue, shifting towards sky blue, then white, then nothing.

In spite of the clear link to the tradition, it would be a mistake to consider this ‘artisanal transcendence’ as an act of nostalgia for the past. Instead, the fluid substance that grants (and removes) body to the pieces of fine contemporary craftsmanship constitutes the most suitable material to grasp the digital spirit that permeates more and more objects today.

Like the sea, the digital ‘mass’ exists only in a state of becoming, it does not have the patience of the earth at rest, but the evanescence of time that fills things, like wind in sails. The digital functions called forth by dedicated applications reveal themselves only in the moment of use, then returning to remote seclusion. So it should come as no surprise if we sense the flavor of digital diluting in pieces like the vases of Yaoyao Xin, or those of Ruiqi Dai, both in open dialogue with the aesthetics of the 21st century.

It is above all in projects like the Emotional Jewellery of Sara Chyan and the Digital Vessel of Zhang Zhoujie that watery design finds its point of digital fusion. For several years, in fact, Zhang Zhoujie has moved forward with research on the possibilities of 3D printing as a means of fluid exploration of forms, seen not as definitive shapes but as fluxes in a state of becoming.

While Sara Chyan makes her ‘emotional’ jewels in gallium and bismuth to allow the body temperature of the wearer to change their forms. Shifting apparently solid consistency into a symbiotic morphogenesis, open to time and to the future.

To make the pieces in the Raindrops series, Xiaodong Bian (studio Raindrop Ceramic Design, Jingdezhen) has used a refined eggshell porcelain that represents the moment in which the chrysalis emerges from the cocoon.
Randrops Series by Xiaodong Bian.
Zhiwei Xu, celadon in the form of a plate with plaid relief motif. All the projects are included in the exhibition “Craft Transcendence” curated by China Design Centre.
With the Emotional Jewellery project Sara Chyan won the bronze A’ Design Award. Changes in the body temperature of the wearer alter the form, made in gallium and bismuth. This transition between solid and liquid stages gives the metal a strong emotional connotation.
Tea plate in copper made by Wuxuantu, an independent brand founded by the sculptor Jianghong Jia and the designer Shan Wang, combining sculpture, painting and products. When the water boils the aroma of the tea seems to blossom from the plate. Included in the exhibition “Craft Transcendence” curated by China Design Centre.
From 2010, the year of the founding of his Digital Lab, Zhang Zhoujie has conducted research on digital technology, investigating the almost ‘biological’ generation of forms.
Water Rhyme, di Cong Ma (fondatore di Foryou Art & Design e Creative Director di Hundredicrafts), è una serie di schermi con motivo astratto ricamato a doppia faccia, il cui disegno ricorda il fluire di nuvole o onde. Parte della mostra ‘Craft Transcendence’ a cura del China Design Centre.
Ruiqi Dai, Golden Sky ceramic series, decorated with spray pistol. The rotation is used to express the contrast between light and darkness, with the aim of capturing the mutable details of light and color.
Yaoyao Xin, vases from the Geometric series made from a 3D printed model that is then transformed into a plaster mold. A matte glaze is used to convey the depth of the very saturated blue color.
Mengya Zhang applies the iconic blue and white technique of traditional Chinese painting on porcelain, in underglaze decoration driven by a reduction-oxidation reaction. This work is inspired by the Chinese saying “to live as long as pine and crane.” All the projects are included in the exhibition “Craft Transcendence” curated by China Design Centre.
#Design #Projects #London