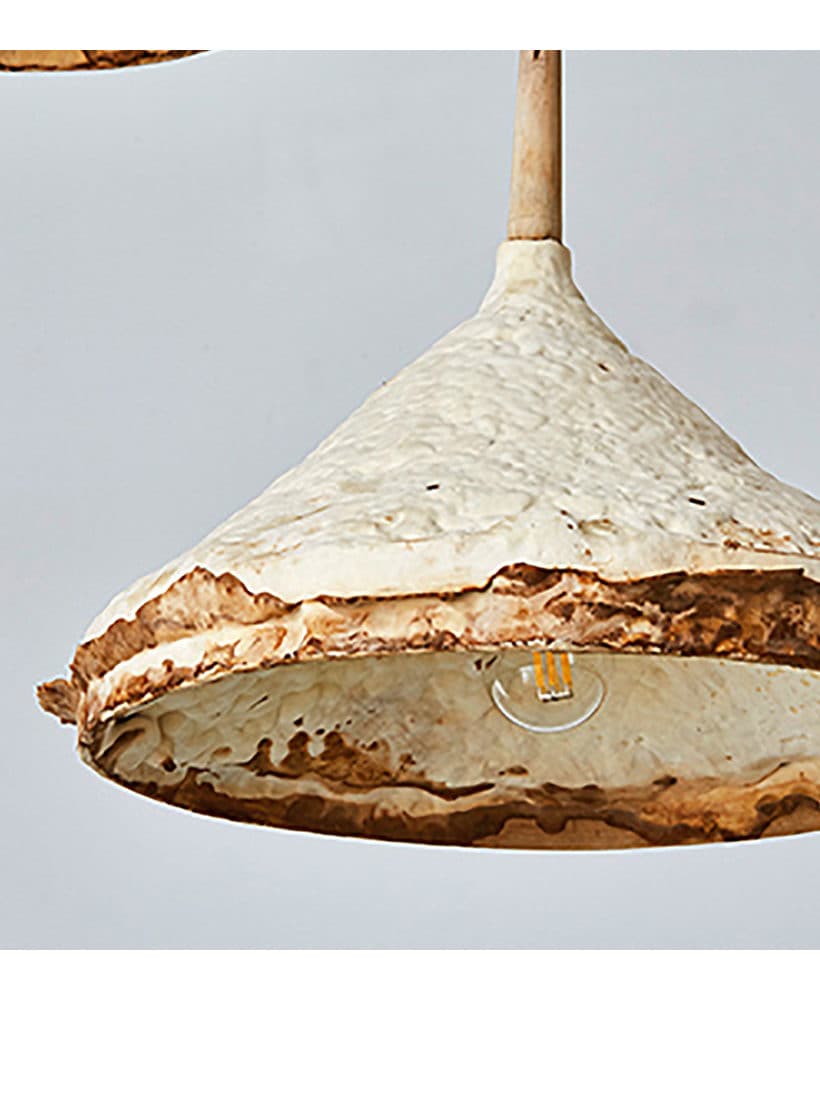 Welcome to the Anthropocene

#London
Welcome to the Anthropocene

This is the era of the Anthropocene, in which human actions leave an indelible mark on the Earth’s ecosystem, making changes to the land, to structures, and to climates. The term was coined in the 1980s by biologist Eugene Stoermer, but was adopted by Dutch chemist and Nobel laureate Paul Crutzen in the essay “The Anthropocene” (2000). Scientists, geologists, and anthropologists are analysing the serious and dangerous acceleration wrought by humans on the environment and the climate.

Analysing and retracing the irreversible marks left by humanity requires an understanding of the new parameters defining the landscape, which are as natural as they are artificial. In many disciplines, from biology to architecture or design, the theories underpinning the Anthropocene serve as a cue to shift questions of analysis to other scenarios.

Though design currently works with small-scale examples and research projects that are still speculative, its analytical and scientific gaze can seek out solutions for macroscopic problems, like rethinking the relationship between humans and their habitat.

But this doesn’t necessarily culminate in projects to geo-engineer the natural ecosystem so much as it inspires projects that change the attitude from anthropocentric to “anthropo-decentric”: including non-human elements in the designs, such as plants, bacteria, or fungi, or bringing design closer to science or biology laboratories.

Throughout Europe, there has been a noticeable increase in projects that question the production and consumerist model that has reigned since the 1950s, raising objects from a merely “transactional” worth – I buy, therefore I own – to their relational worth.

The objects speak to us of the complexity of the surrounding environment, and, in a certain way, they seek out a form of autarky through hybridizations of the artificial and the natural. These are post-industrial objects, whether they’re in dialogue with other living organisms or they integrate physical processes into their production.

Among these are two projects presented by the Subalterno 1 gallery in Milan, which is conducting an investigation into the Anthropocene.

The vase Time by Massimiliano Adami is a “living” object that self-generates before the viewers’ eyes by the force of water, the pressure of ice, and the effects of oxidization on iron filings. Adami’s vase appropriates the dynamic of time to build objects, and shifts the emphasis from manufacturing or hand-crafting to the natural factor in constructing the final object.

Crystal by Studio Nucleo is a piece that is created when potash alum is deposited on a 3D-printed structure. It’s a sort of fossilization 2.0 that alludes to a chemical process known by the age of Pliny the Elder in 77 BCE.

Each piece is unique and takes on an unpredictable shape. We witness the integration of organic and inorganic material in the Mycelium Wood project by London-based designers Sebastian Cox and Ninela Ivanova, who apply the colonization process of fungal mycelia on natural wood to their furniture collection. The step forward, in this case, is establishing a natural transformation within a serial product, with performance equalling that of treated wood.

Similarly, corrosion and decay become protective factors and aesthetic elements in the Weathered Vessels series by London-based Greek designer Manos Kalamenios. The idea came from the study of the effects of pollution, which slows the decay of antique bone china. The collection thus uses a metal-based chemical treatment on porous porcelain which catalyses the formation of the special protective patinas.

The reaction between resin and tar is what creates the patterns resembling natural amber in the Synthesis collection by British designer Tom Price. By manipulating the catalysing processes of resin, the heated tar is allowed to expand within, creating cracks and gaps that generate interesting plays of light in the resin.

In Technofossils (at Subalterno 1), Gionata Gatto borrows the technique of “leaf clearing” from palaeontology to strip the leaf tissue down to the pure structure of its vein systems. The leaf’s “skeletons” are then immersed in resin, and when electricity passes through them, their conductive property enables them to show traces of the removed tissue, rendering their outline visible.

Design is therefore searching for a new connection with the landscape, interpreted as an anthropized environment. But such a connection reflects a less romantic and “greenwashing” idea than it did a few years ago, when environmental issues were starting to become an emergency.

British design theorist John Thackara (who is in Milan for a workshop with Domus Academy) is following some practices of what’s known as civic ecology, a movement of activists seeking to integrate environmental management processes and natural systems in urban planning. To Thackara, design must increasingly involve different disciplines to bring the ecological dimension – meaning anthropized nature – back into the sense of place and the relationships between people, “gradually learning”, in his words, “what a place needs. And seeking a process that’s empathic towards the land”.

The new projects are not aiming so much to erase humanity’s mark on the landscape as to understand their potential, so as to find brilliant new mechanisms in formulas that integrate the environmental processes themselves.

Dutch designer Inge Sluijs has studied the coastal landfills in East Tilbury, England, and the risk of water pollution due to the corrosion of the banks. Through the process of “plasma gasification”, toxic organic material can be transformed into non-toxic, inert material and a gas which can be used as an energy source. The first of these, which has a glass-like component, has been blown to produce vases and tiles.

Similarly, Danish designer Helene Christina Pedersen collects salmon skins discarded by local fish industries and treats them with egg yolks and rapeseed oil, methods with a low environmental impact; the result is a leather as durable as that of other animals.