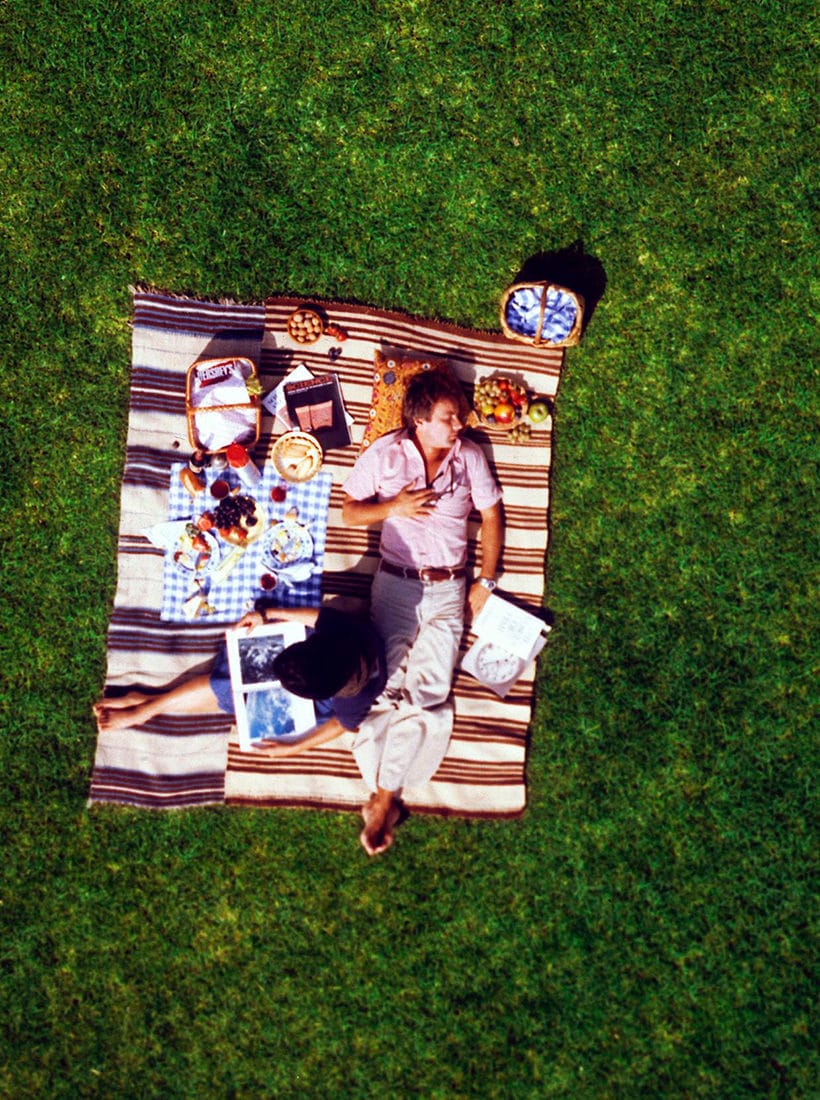 In 1969 the Musée des Arts Décoratifs in Paris opened a show entitled “Qu’est ce que le design?” (What is design?). The curator, Madame L. Amic, asked Charles Eames a series of questions to which he made particularly farsighted replies, which have kept their value over time.

Re-reading that interview, now that Vitra Design Museum in Weil am Rhein is doing a show on Charles and Ray Eames, “The World of Charles & Ray Eames,” as part of a wider-ranging retrospective (30 September 2017 – 25 February 2018), means going back to the source of our design horizons. The projects of the Eameses continue to address these issues, activating discussion rather than embodying definite answers.

Various themes are covered by the interview, included in the film “Design Q & A” made by Eames Office in 1972 (in the version below). First of all, that of the relationship between art and design, where the Eameses demonstrated that the goal is not a matter of oppositions, but of what the respective disciplines can offer to each other and exchange, while remaining aware of their differences.

We should not forget that the Eameses were the first designers of the modern era to give a dimension of openness to design practice, getting away from designing only furniture and products, and moving towards a holistic approach.

Their output was made of communication in the most open-minded sense of the term, rediscovering the value of the folk vernacular alongside that of technique, the value of play along with practicality, of human complexity that can and perhaps must inform the world of machines. Faced with questions in search of certainties, the Eameses always replied by multiplying the viewpoints in their projects.

With assertion of the right to the ephemeral, to change, avoiding drastic statements of truth in favor of a mutable dialectic, like the needs and desires of man. All the way to the most extreme of all positions: that of silence, of having no answer. The last question posed to Charles Eames, in fact, remains unanswered.

In literature, the great writers know that a narrative void can be extremely useful: it helps us to suspend absolute judgment, leaving space for freedom; but it also lets us project our own personal solutions to bridge the gap. After all – as we know – emptiness creates vertigo that for some people becomes pure adrenaline, that cannot be translated into words.

We like to imagine that Charles Eames responded to that last question about the future of design with one of his big smiles, twinkling in his eyes with a small, very quick flash of restlessness: a spark of pure vision.

Questions by L. Amic, answers by Charles and Ray Eames

What is your definition of Design, Monsieur Eames?
One could describe Design as a plan for arranging elements to accomplish a particular purpose.

Is Design a craft for industrial purposes?
No, but Design may be a solution to some industrial problems.

Is Design a discipline that concerns itself with only one part of the environment?
No.

Is Design a creation of an individual?
No, because to be realistic, one must always recognize the influence of those that have gone before.

Is Design a creation of a group?
Very often.

Is there a Design ethic?
There are always Design constraints, and these often imply an ethic.

Does Design imply the idea of products that are necessarily useful?
Yes, even though the use might be very subtle.

Is it able to cooperate in the creation of works reserved solely for pleasure?
Who would say that pleasure is not useful?

Ought form to derive from the analysis of function?
The great risk here is that the analysis may be incomplete.

Is Design used to modify an old object through new techniques?
This is one kind of Design problem.

Is Design used to fit up an existing model so that it is more attractive?
One doesn’t usually think of Design in this way.

Does the creation of Design admit constraint?
Design depends largely on constraints.

What constraints?
The sum of all constraints. Here is one of the few effective keys to the Design problem: the ability of the Designer to recognize as many of the constraints as possible; his willingness and enthusiasm for working within these constraints. Constraints of price, of size, of strength, of balance, of surface, of time, and so forth. Each problem has its own peculiar list.

Are there tendencies and schools in Design?
Yes, but these are more a measure of human limitations than of ideals.

Ought Design to tend towards the ephemeral or towards permanence?
Those needs and Designs that have a more universal quality tend toward relative permanence.

How would you define yourself with respect to a decorator?
an interior architect? a stylist?
I wouldn’t.

To whom does Design address itself: to the greatest number? to the specialists or the enlightened amateur? to a privileged social class?
Design addresses itself to the need.

After having answered all these questions, do you feel you have been able to practice the profession of ‘Design’ under satisfactory conditions, or even optimum conditions?
Yes.

What do you feel is the primary condition for the practice of Design and for its propagation?
A recognition of need.

What is the future of Design?
(no reply)

Image from “Still from Powers of Ten: A Film Dealing with the Relative Size of Things in the Universe and the Effect of Adding Another Zero,” 1977, written and directed by Charles and Ray Eames. (© Eames Office LLC)
Portrait of Charles and Ray Eames. For the 110th anniversary of Charles’s birth, Vitra has organized a series of events on the two designers throughout the Vitra Campus at Weil am Rhein, culminating in the exhibition “The World of Charles & Ray Eames” with the Barbican Centre in London (30 September 2017 - 25 February 2018).
The Wire Chairs with the Eames House Bird, 1953, in a photo taken by Charles Eames himself.
Charles Eames on the Lounge Chair & Ottoman, a photograph made for an advertisement in 1956. (© Eames Office LLC)
#Design #Projects