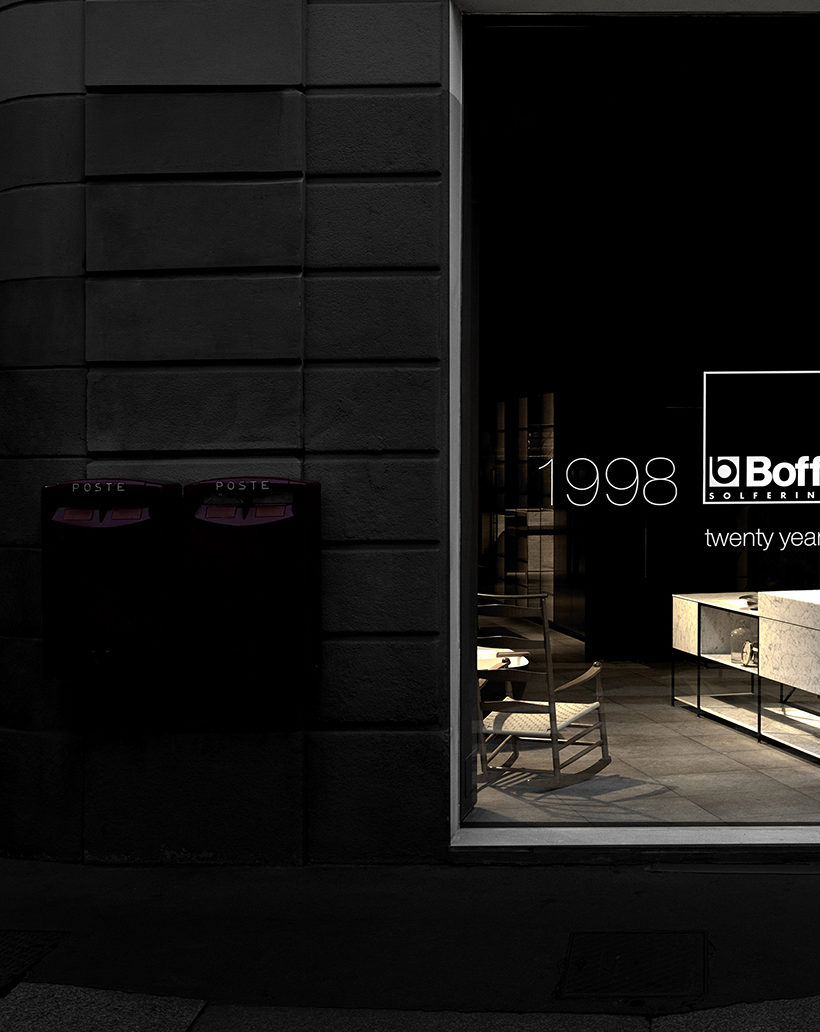 A rambling conversation with Roberto Gavazzi, CEO of Boffi for almost 30 years: from the achievements of his group to the central role played by distribution, from the acquisition of De Padova to the importance of Milan for the international spread of design culture

Many Italian design companies began their activity starting with the home furnishings sector, and have then shifted into more ‘technical’ areas like the bath and the kitchen. You, on the other hand, with the acquisition of De Padova and then of MA/U Studio, have moved in the opposite direction: what are the strategic objectives behind this choice?
The path Boffi began years ago has led precisely in this direction: the idea of not being limited to the traditional trade and the individual product, but of thinking in terms of corporate design. We could decide whether to remain specialists in the furniture sector, or to expand the perspective and become a provider of solutions.
This direction we have taken (which we think is the most highly evolved one) implies competition of concept against concept, instead of product against product. Starting with these considerations, we have expanded our horizon, beginning from the products the company already dealt with, at least partially, but reapplying them in a specific, dedicated way, with a series of investments that culminated in the acquisition of De Padova.

You have been at the helm of Boffi for almost 30 years; can you outline a quick assessment, thinking back on the main transformations in the world of Italian furnishings in this period?
The biggest difference lies in the fact that in the past companies offered single elements that could also convey the idea of a complete collection, but did not have a coherent vision behind them. Over the years this way of thinking has become an anachronism.
Today a corporate project is needed, covering all aspects: distribution, marketing, the production process. Production, in fact, requires a variable model, implying in-house creation of what we are effectively capable of making, and outsourcing of the rest from the finest suppliers. We should remember that in this sense we are lucky, because we can rely on an extraordinary network of producers in Brianza.

International range is a true competitive challenge for the larger companies in the design sector. How is Boffi Group approaching this? How is your presence spread across the various geographical areas?
International growth has become obligatory, since the Italian market can no longer suffice. When I entered Boffi the company was barely visible abroad, so the main challenge was to take it all over the world. This international spread has helped us to build a distribution base, the same one in which we can now insert MA/U Studio, and which has enabled us to bring De Padova into 60 to 70 countries.
Where our foreign operations are concerned, Europe is an area we have covered for some time, representing about 40% of our activity (65% if we include Italy); in America we are on the right track (25-30%), while we can still grown in a complex market like that of Asia (which presently accounts for 15%). These numbers are changing fast, also in relation to growth of the contract market.

Speaking of Asia, the Chinese market is undoubtedly an important opportunity; but what are the risks involved?
China is a country that definitely ought to be approached. At the moment we have a partner that owns the only Boffi/De Padova store in Shanghai, and they will soon be opening another, in Shenzhen. We have operated in China for over ten years and we are very cautious, seeking reliable, informed and well-versed partners. When a store is opened you have to add lots of training, lots of content… China is obviously a reality, even a necessity.

Do your distribution policies change from country to country? What importance do you assign to distribution?
You have to adapt, though starting on common ground, because a Ferrari purchased in Beijing is the same one you can buy in New York. And in any case, wherever the client is located, we guarantee enormous flexibility. In the area of distribution, our group stands on three pillars: Boffi, De Padova and Boffi Trade. The latter is the company that covers our 25 stores around the world (over 11,000 square meters of overall area, 120 employees, in 10 countries), which on its own accounts for 60 million euros in sales. We have become bigger in distribution than in production. We began to create stores towards the end of the 1990s.
The one on Via Solferino in Milan was the second showroom after Paris, but it has become the reference point for those that came afterwards. The other monobrand stores in the world follow the same scheme as the store on Via Solferino, with a larger presence of Boffi products and a ‘share’ set aside for De Padova varying from 20% to 40%.
In our most strategic cities (Milan, Paris, London and New York) we also want to be on hand with a second store, mostly focused on De Padova: we have already done that in Milan, New York and Paris, and the store in London will soon open. There are also De Padova stores in the world: in Osaka, Johannesburg and Istanbul. We are opening one in Seoul and considering the idea of creating others, also in Asia.

Boffi Solferino, which celebrates its 20th birthday this year, is the showroom that blazed the trail for the Brera Design District. What is the role of the city of Milan as a reference point for the design sector?
Milan has taken on an international image that is important in general terms, and becomes fundamental for design thanks to two extraordinary marketing initiatives, namely the Salone del Mobile and, above all, the FuoriSalone. This is why we feel it is crucial to have wide visibility in Milan: combining the space on Via Solferino and the one at Santa Cecilia we have about 3000 square meters of display space. In April 40,000 people visit the store on Via Solferino, every year, 10% of the visitors at the fair… At Santa Cecilia – at the end of a dead-end street, open for just three years now – about 10,000 visitors stopped in.

What are the group’s present sales levels?
In 2017 we had sales of 93 million euros, up from 91 the previous year. In 2018 we are aiming at 100 million. For the next five years the goal will not be to increase sales, but to grow in a way we feel is correct, allowing us to continue to offer our clients an exclusive project.
Getting beyond the 100 million mark is a positive step, because it will give us the resources required to continue to create our stores, and because it can guarantee research on products that is aggressive enough to attract the managers we need. This is why the objective I have set for the years to come is to reach sales between 100 and 150 million.

Let’s finish our conversation on the theme of creativity. Tell us about your talent scouting activities, and the relationship with a designer like Piero Lissoni.
For us the creative part is a crucial aspect, which we approach with an in-house team composed of myself, Enrico Boffi (Director of Research & Development) and Chiara Tombari (Style & Design Director). We interact with Piero Lissoni, who has to supply the stimuli and provocations of a free mind, that of an external art director. With my team, I conduct extensive scouting and research work, not only regarding young talents.
This year, for De Padova, we have put together a mixture of famous and less famous designers: Omi Tahara, Elisa Ossino, GamFratesi and Keiji Takeuchi. Alongside the new creations, we have added several reissues, including a piece by Paolo Tilche (a central figure in the design culture of the 1950s, founder of Arform and one of the first to spread the word about Nordic design in Italy, ed). The acquisition of MA/U Studio has allowed us to work with a very brilliant but not so well known Scandinavian designer, Mikal Harrsen. We like to move in this direction, mixing new items with suggestions that arrive from the past.