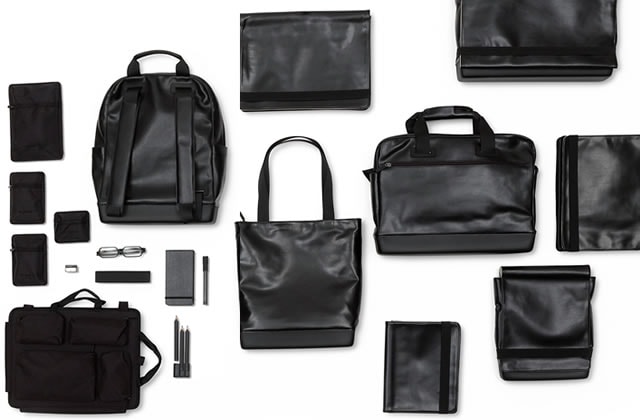 Giulio Iacchetti is the ‘democratic designer’, captain of the new generation of Italian talents, symbol of a quiet way of designing everyday life, less concentrated on the sign of objects, more focused on anthropological meanings.

We saw him rise to fame in 2005 with the Design at the Coop operation, which brought a series of everyday products of good design, but at low prices, into supermarkets.

He then became the protagonist, in 2008, of Disobedient Objects, an exhibition-manifesto of his experimental projects, “that resist the logic of consumption and rebel against the definition of design products, aiming to be something else” (Silvana Annicchiarico): a path that has culminated this year in the exhibition “Cruciale”, an investigation of the form of the cross, seen as a symbol of religious and human meanings, a demonstration of how “design can be not just a solution to functional necessities or commercial demands, but can become a way to talk about one’s own way of seeing and abiding in the ‘things’ of the world” (Beppe Finessi). Today, at the age of 45, after having created many pieces for leading Italian furniture companies and having put together a family, as well as a new home and studio, Giulio Iacchetti seems to have found a way to reconcile the two sides of his spirit: the more public, activist and operative side of the designer who still believes in the potential of design to make the quality of everyday objects accessible to all; and the other, more intimate side of the intellectual who questions the capacity of objects to generate meaning, rethinking form, investigating signs, symbols, deeper relationships. This can be seen in his very latest projects, the three new collections designed for Moleskine, on writing, travel and reading. Over 15 pieces, from pens to eyeglasses, computer bags to e-reader stands, all designed around the legendary black notebook Giulio uses every day for his sketches, and has always admired as an object: a simple black rectangle with rounded corners, with the cover held in place by an elastic band, and an internal pocket; an anonymous object, perfect, essential. The encounter between the designer and the company did not happen by chance, but thanks to the affinity of the design vision of the former and the productive approach of the latter. The initial idea was to design objects for writing in the favorite notebooks of intellectuals and artists, who during the last century created a small French factory; the owners of the brand, which became a trademark on in 1997 thanks to Italian entrepreneurs, decided to further expand the Moleskine world and held an invitational competition, which Giulio won. His goal is to get away from the image of the gadget, to give each object its own idea so that it does not exist only as a reflection of the Moleskine image. In any case, the notebook suggests the basic principles that keep each piece tied to the brand’s identity: the rectangular shape, the black color, the extreme simplicity. The pen is the fulcrum of the project: squared like the notebook, for which it becomes a natural traveling companion, attached horizontally or vertically to the cover with a clip. The reading category includes reading glasses, perfectly symmetrical so they can be worn no matter how you pick them up. Finally, the travel collection includes different bags, still rectangular, still with very clean forms. In soft synthetic material, they all have a rigid base to rest on the ground, without losing the advantages of a comfortable, easy-to-wear accessory. The use of a particular pale fabric for the internal lining of the bags is a direct reference to the white pages of the Moleskine notebooks; the Messenger bag, the focal point of the collection, opens to become a big white page on which to write, permitting personalization of the object by the user. Accessories can be freely attached inside, using velcro; they include multipurpose cases and pockets, and the Moleskine storage panel, a sort of skeleton in strong material designed to also be inserted in the Utility, Tote and Backpack bags. With this project for Moleskine Giulio Iacchetti operates on his most familiar ground, that of the industrial designer, creating objects for mass production (tens of thousands of units for each type), which are democratic by nature, precisely because they are made for widespread distribution and use (everyone uses pens and work bags). “There is no difference”, the designer explains, “between ‘disobedient objects’ of my experimental work and the apparently more ‘obedient’ objects I design for industry. As for Coop, with Moleskine too we have taken a path of disobedience to conventions, which insist that everything tragically defined as ‘design’ be for the few in terms of price and comprehension. Moleskine has always been a popular brand around the world; the value of design cannot stop short at a signature or a brand. There has to be a careful process of definition of the idea, moving toward the definitive product with great attention to costs, functional quality and appeal of the form”.