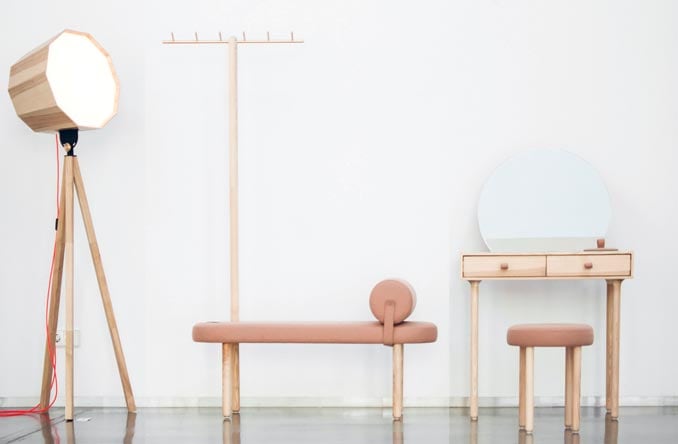 The web is changing not only our way of transmitting, but also our way of thinking about cultural substance.

The first Internet generation of designers, now fully operative, is a transnational, atomized generation, scattered in an omnivorous melting pot constantly projected towards a global stage, which multiplies the opportunities but also the risks of doing design.

This situation is experienced with great enthusiasm by the Hungarian designer Gábor Kodolányi: “I totally love this trend. We are all in the same ‘cloud.’ Everything accelerates; the process of design, production, cooperation. The time barriers that limited and defined the work of the designer have now disappeared.” This state of continuous stimulation, however, runs the risk – according to French designer Joran Briand – of leveling the field of different design sensibilities: “The fact that information and trends can be instantly spread across the globe is exciting. But this also generates similar artistic influences and responses. We are witnessing an artistic alignment caused by rapid exchange among ‘influencers.’” The Italian designer Tommaso Caldera also fears that “designers, in a more or less conscious way, to achieve the most immediate and widest possible consensus, smooth out the differences and sharp edges a project inevitably contains, things that bear witness to the context of its development.” Joran Briand puts it even more bluntly: “Today everything is ‘design,’ we have to resist this pornography of the ‘design’ of everything. We need a more precise approach, because creative people are constantly influenced by new images and this is eating away at the time needed for reflection and comprehension. What I fear is that producers and industries will be less interested in the time it takes for product development, creative time. Creation is a long process of simplification. If we do not respect this time of thinking, required to make ideas ‘settle,’ we will end up by damaging this wonderful discipline.”

In effect it isn’t easy to stand up to the tides of the web ecosystem. German designer Sebastian Herkner says, “the Internet is a tool, but the inspiration comes from real life, grasped with all the senses, seen, heard, felt,” while Sweden’s David Ericsson thinks the web “is not just a tool, but a place where passions are developed and new ideas constantly evolve.” Akinori Tagashira, director of the Japanese collective Design Soil at Kobe Design University, emphasizes that “the Internet generation sees the web as a sort of external brain, and often misunderstands information, thinking of it as real experience.” An even subtler danger comes from the fact that “if we make a wrong turn, or choose our links badly, we end up si nking into the sea of information.” So the web is a doubleedged sword (and world). According to the designer from Guatemala Luis Arrivillaga, it can “connect people, ways of thinking, different movements and cultures, displaying a creative explosion along all design channels. But at the same time, if the designer has the wrong basics the situation can be lethal, making them erase and forget their roots. I believe designers have a great responsibility as creators of culture. You can use different tools of knowledge discovered in the course of your career, but each designer has a personal background that belongs only to their tradition. The best results happen when you apply the local tradition to contemporary thinking.” Roel Huisman, from Holland, agrees: “In my view, the biggest influence on young designers is still their education and the people around them, which tends to mean a rather local dimension. In any case, one of the most significant influences the Internet has had on young designers is that the image has become more important than the product. Certain ideas tend to develop only because they create an image that works well online. Success is measured on the basis of the ‘viral’ circulation of the image, instead of effective innovation of quality or sales numbers. Also for this reason, acclaim has never before been so volatile.”

In the web everything is fast and fragile, genealogical ties are broken and their place is taken by a sort of electric primordial soup, without roots in the past, and therefore with problems in looking to the future. According to Tommaso Caldera, “for the generation of the masters, the social context, the city and the people involved in training were more important. The fact that designers today of different geographical and cultural origins, with different training, can find their way to the same stimuli and build themselves the same substrate of design culture has the immediate consequence of putting everyone in the same ‘starting conditions.” This is why, Luis Arrivillaga thinks, the main difference between the Internet generation and that of the masters lies in different forms of curiosity: “the most important thing today is to have global curiosity. I say global because it is certainly fundamental for a designer to be curious, but that is no longer sufficient today… you have to have a global curiosity to call yourself a contemporary designer.” Another decisive difference noticed by Joran Briand is that “the old generations acted within a model of vertical or horizontal exchanges among collaborators, while the new generations operate inside a radial network.” For the French designer this veritable “generation of sharing” will lead to a “change in the status of the designer; groups and collectives emerge, there will be less personal identity. Collaborations will grow exponentially. Projects will be done by many people.”

The formal language deployed by this ‘radial’ generation has, as a whole, the same expressive multiplicity as the environment on which it feeds, though it is perhaps possible to perceive a shared generational attitude in a sort of ‘mystic minimalism’ of the form, containing two of the main drivers of the contemporary: the digital evanescence of things, on the one hand, and the counter-trend of their renewed rooting in environmental and cognitive sensibilities, on the other. Objects with an honest logic, defined with the same visual clarity of an app. Objects that while they try to balance out the lively proliferation of digital phantoms, also take their place in the domestic environment like divining rods, ready to intercept – in the form of objectual metaphors – the flows of immaterial technologies that inhabit our cities, our homes and our bodies, establishing a dialogue with a space rendered clear and dense by the digital ties that cross it.