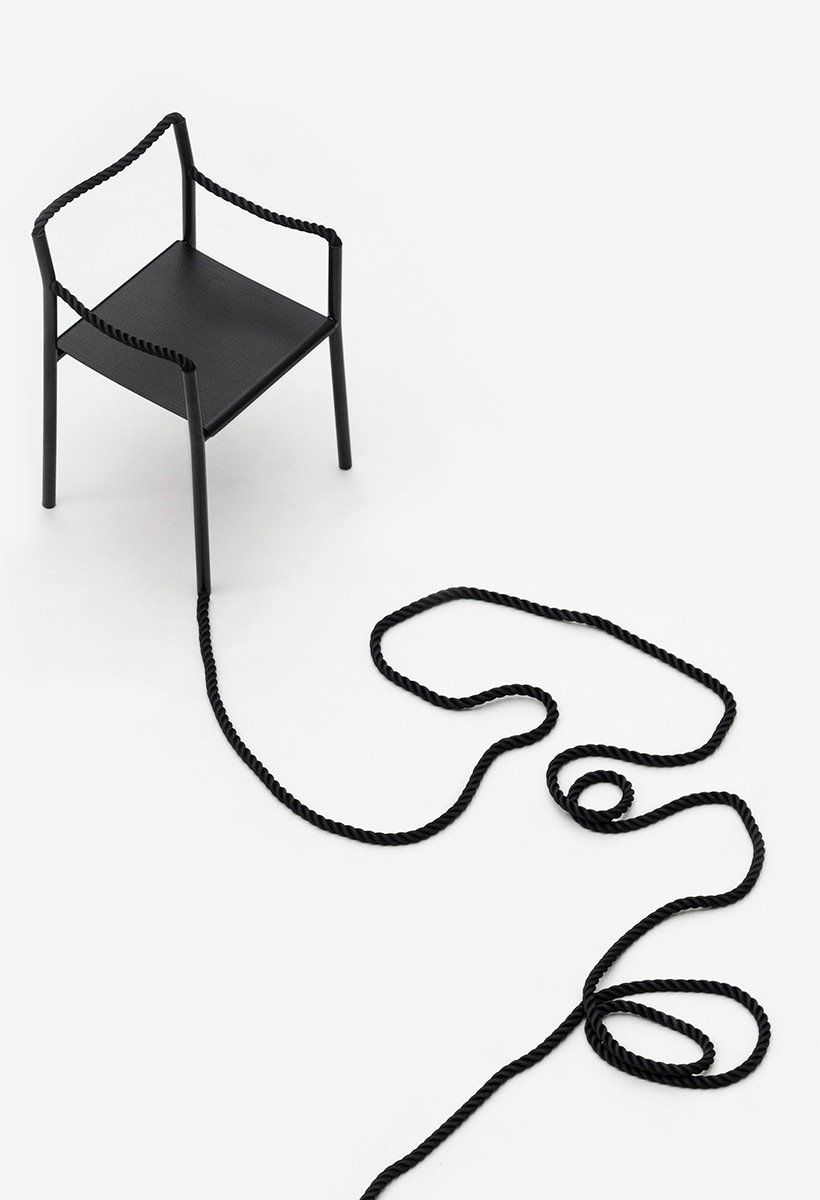 The silence of objects

#design
The silence of objects

In a complex period in which the separation of mind and body is exacerbated by the digital extension of the self, the calm solidity of things provides a resting point to recover a ‘fundamental’ relationship with existence

We live in troubling times, swamped by an incessant production of imagery with such high definition that it seems out of focus. The impact of the digital, in particular, while it has widened the ‘grip’ of the individual on his social and relationship surroundings, has also led to a loosening of the bond between the mental and the corporal dimensions. The digital extension of the self had led to a separation between awareness, heightened by the web, and the physical, sensorial immanence of human beings. A misalignment between mental locus and physical locus that undoubtedly multiplies the possibility of action and interaction, but at the same time triggers the perfect psychological conditions for the continuing formation of states of anxiety, which spring from the sensation of loss of direct control over the situation in which we live.

The self, ‘augmented’ to the point of uprooting, and refracted in a kaleidoscope of interfaces and remote actions, attempts to protect itself by swelling beyond its proportions, in the arduous effort to reconstruct a nucleus of subjectivity in the vortex of forces that pummel it from all sides, leading it toward nebulization and dispersal (note how the recent spate of oversized garments offers a paroxistic representation of this exaggerated ego, sinking into isolation in its own over-bloating).

The more feverish and invisible are these dynamics, the more the importance of a solid, stable, material counterpart grows, to anchor the new self to its existential context, offering relief from the permanent tempest of navigation in the cloud. This is the new role assumed by objects. The role of a fixed, sturdy, immobile background, not subject to the extreme plasticity of customized products. 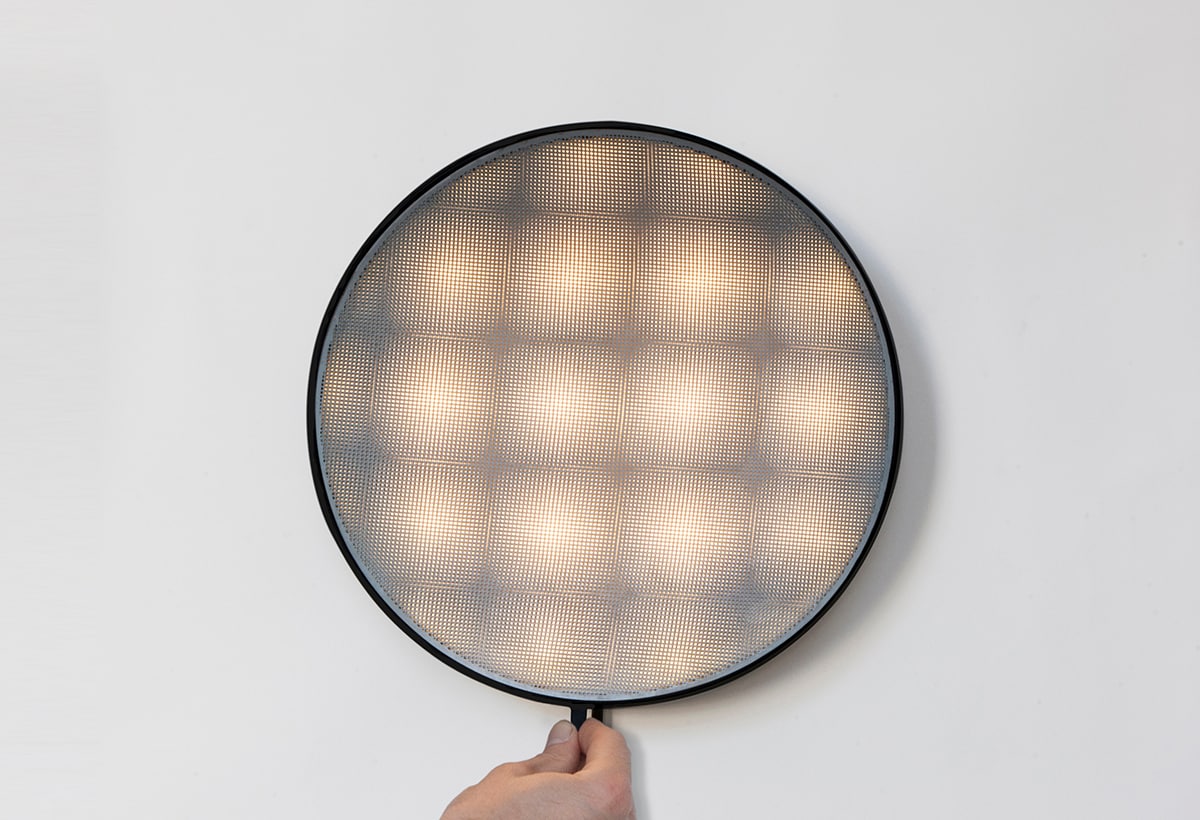 4
The Moiré series of wall lamps designed by David Derksen as a tribute to the optical effect, obtained by rotation of a pattern placed on the back layer that interferes with another placed on the front layer. Rings, squares or hexagons move in an almost hypnotic way.

Objects, with their calm material aplomb, come to constitute a dimension of ‘existential stillness’ (the last one?) outside the mutable meteorology of devices, which are increasingly nosy and noisy, engaged in tiresome coaxing (namely: ‘alerts’) that aim at pilfering, capturing and miring the attention of the contemporary user, already in tatters.

Objects, on the other hand, stoic and imperturbable, adamant in their impenetrable materiality, stand beside the dull unfolding of everyday life like seraphic, pacific presences, undaunted and cheerful. ‘Things’ with which we engage in no trafficking, and precisely for this become the vehicles of the gravitational peace embodied by a project like Rope by Ronan & Erwan Bouroullec for Artek, a seat with a simple structure with one detail, the rope, that sacrifices rigidity and accepts its own immanence. Or the Bridge vase by Mario Alessiani for XLBoom, which in spite of its formal acrobatics communicates a sense of resolute, definitive equilibrium. While the MO lamps by Mads Odgård for Carl Hansen & Son clarify the definition of the simplest typology possible.

“
Objects, stoic and imperturbable, adamant in their impenetrable materiality, stand beside the dull unfolding of everyday life like seraphic, pacific presences, undaunted and cheerful."

The Revolver vases by Yiannis Ghikas present themselves as emanations of peace, diametrically opposed to the hysteria of the technological pixies that dwell in our pockets, obsessed with helping and guiding us, showing our estimated time of arrival at a destination. Instead, the passive, inert, modest but solemn being is a positive quality that objects, especially furnishings, ought to preserve. Passivity not as a reduction to minimum terms, but as the identification of the necessary, indispensable backbone of the material thing. These objects, through their aesthetic and structural essence, establish an ‘existential brotherhood’ with the user, where both sides take part in the same inertial peace. 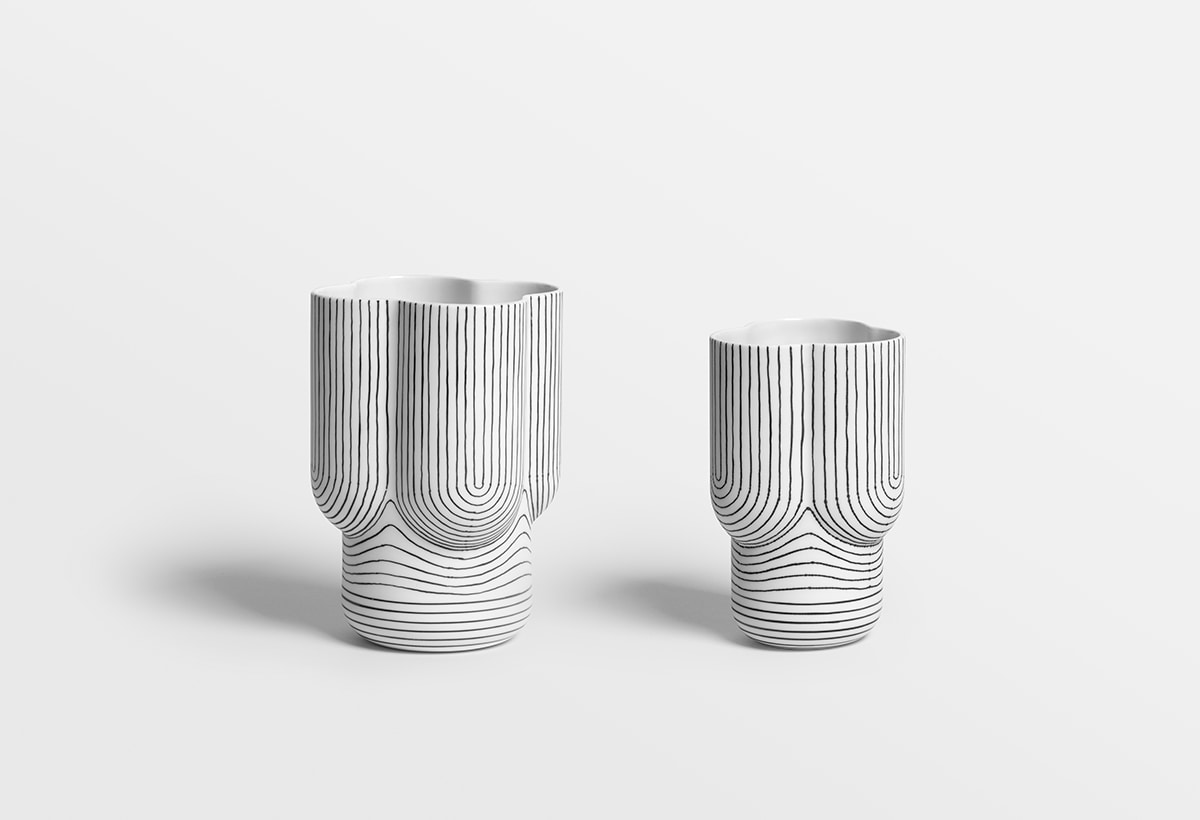 3
Revolver, a series of vases made by Yiannis Ghikas during a creative residency at Arita, Japan. The various versions, in local Amakusa porcelain, have matte white, matte black and blue finishes, along with a ‘deluxe’ model with lines drawn by hand by the artisans of the Shingama workshop in Arita. Photo Giorgos Vitsaropoulos.

A peace also perceptible in the Plastic Rain retail spaces by Andrés Reisinger, or broadcast by the soft luminous vibration of the Moiré lamp by David Derksen, that penetrates into the pores like gentle warmth. In a world of increasingly verbose and nervous objects that assail users who, in turn, are increasingly shaky and mired in their own echo chambers, the unassailable silence of objects, allowed to be and to be accepted, introduces a dimension of calm and reconciliation with the eternal transience of existence. The sense of an open, widespread existence that gathers to itself the deep quietude of being free of any ulterior motives.

The roots of Fiemme Tremila