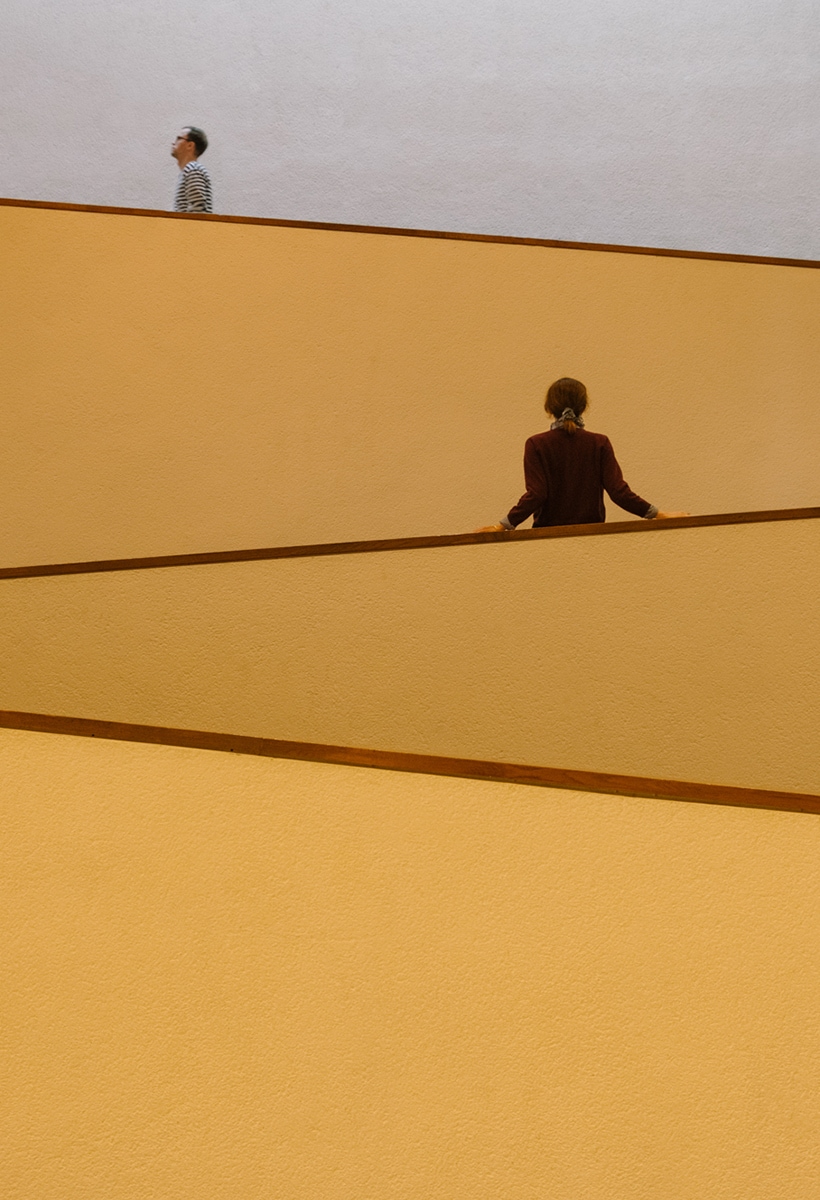 A year of design: 2021 on internimagazine.it

A year of design: 2021 on internimagazine.it

The duty to look back to move forward: we lined up the things we told you in 2021 to observe the world through the lens of design according to Interni

We are about to leave 2021 behind us, the year that was supposed to take us out of the pandemic (and which did a little) and which, for the world of design , was also marked by a moment of rebirth : that of a Design Week in Milan once again in presence.

In these twelve months, internimagazine.it (which was relaunched last April in its new format) has told about design from multiple points of view , touching on topical issues and analyzing them with the lens of the project. Here are some of them.

We talked about design and greenwashing

On internimagazine.it we started 2021 talking about Greenwashing and we close it on the same theme. Just 12 months after the warning that Michela Melis launched on our website ( Greenwashing must be avoided: here's how), the Court of Gorizia in fact established, through a precautionary order, that those who stain information that is partial or unsubstantiated by quantifiable facts on the subject of the environment must be sanctioned (Is it greenwashing? The court decides ). It is excellent news that, hopefully, will make jurisprudence, and that sees Italy at the forefront on the issue of sustainability , treated in a (finally) serious way. 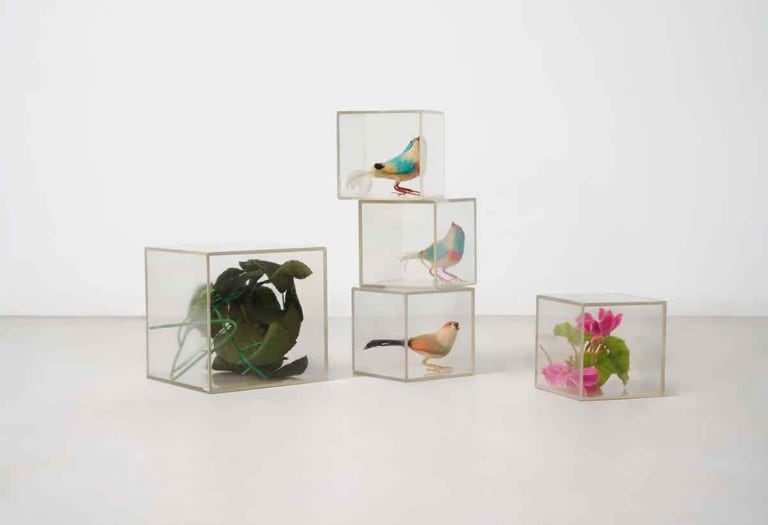 We talked about design and communication

For those who design communication , 2021 was a squared 2020. Everything that we experienced during the pandemic lockdowns (digital formats, sharing platforms, alternative languages ​​to traditional ones) has become mainstream and must now be handled with skill and ease.

On internimagazine.it we have dedicated four issues of Interni Design Journal to these issues . Dealing with timing of the narration of design , of power of the voice to explain design , of the increasingly important role of the Newsletter to maintain an open and shared relationship with the public.

We also tried to understand what happens when brands speak for themselves: as a magazine ( Publishers of themselves ) or as TV channels ( Designing an IGTV channel ). And what can be the role of a newspaper when it becomes branded. Many of the questions we raised are still open, because the only constant in the universe of communication is its constant, unstoppable evolution ... 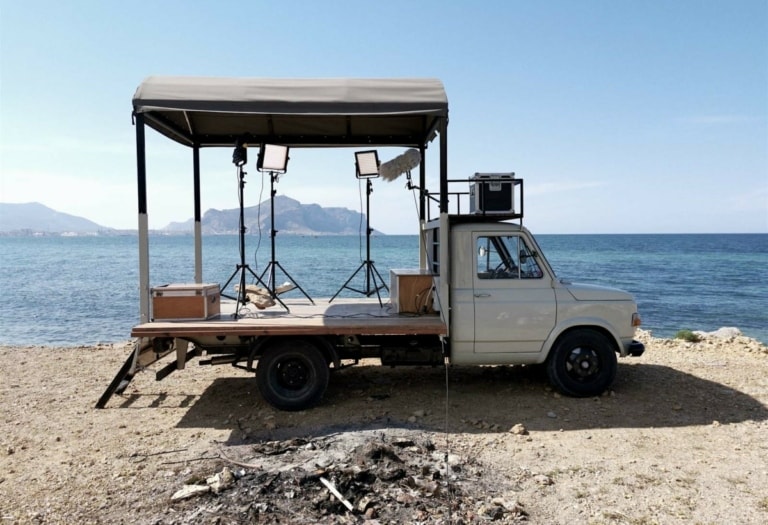 We talked about design and influencers

They had to be a bluff but they are still here, more powerful than ever: gigantic and able to move worlds (think of the "political" evolution of the Ferragnez) or small and agile but with a strong impact on their selected audience. influencers are people capable of building content and creating communities , Alessandro Mininno of Gummy Industries, who knows these things , told us. In design, however, there are not many of them. In reality, according to Mininno, any pop character would be able to be only that " the world of design and designers don't like influencers " ( read the whole interview here ). Difficult, if you work in the sector and know it well, do not agree with him. And if it's good or bad, we'll let you tell.

Will 2022 be the year in which design will definitely emerge from its communication bubble to become pop ? It could be seen that there was a strong signal in 2021: the launch of #suonarestella , the Instagram format of Paolo Stella dedicated to furniture and supported from big brands. We interviewed him and here you can read what he told us (and why we found it interesting). 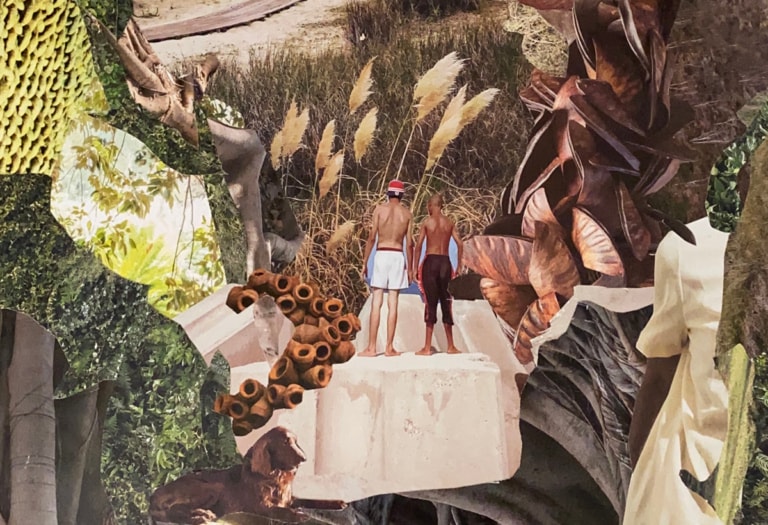 We talked about design and the circular economy

The very recent Symbola Foundation report has told about an Italy at the forefront on the theme of the circular economy. In this 2021, on internimagazine.it we have explained the fundamental role that recycling of materials (especially in architecture) in the development of a circular economy , telling virtuous stories about those who give new life to waste ( They were scraps, today everyone is looking for them ) and to those who re-invent them ( Interview with Tiziana Monterisi, CEO of Ricehouse ).

The circular economy, however, is not just recycling. To be truly sustainable, in fact, an object must be repairable and disassembled . And this requires a new way of designing (on this topic read: How do I take the design apart ). The correct strategy, told us by Odo Fioravanti , is made of an "aesthetic durability" and mechanical and a thought about the end of life. Being able to disassemble a piece of furniture is therefore another design gesture that increases its sustainability. While the obsession with recycling plastic, when it comes to the single-use one , could even be counterproductive. In this sense, 2021 ends with another goal achieved: the Council of Ministers, in fact, definitively approved directive (EU) 2019/904 on the reduction of SUP (Single Use Plastic) at the beginning of November.

And since reuse is, in the end, what we really need, even if it is an almost taboo subject in furniture we talked about it anyway : and it will be better to get used to it, since the pre-loved (the cool second-hand name) is highly regarded by Gen Z.

We talked about design and artificial intelligence

Now we all call it metaverse and it seems like something new since the word entered the Facebook verb. But in that world between digital and real we have been immersed up to our necks for some time and we have been talking about it on internimagazine.it for a while (in 2020 we were wondering, for example, if we will socialize on videogames ).

To better understand the creative potential of data and the use of artificial intelligence, we went to talk to the artist du jour, Refik Anadol to understand how shapes the infosphere with the machine learning to make the virtual world dialogue with physical space, transforming data into a universal art and language ( read the interview here ). While another digital artist, Mauro Martino, explained to us how he put together A.I. generative, human voice, poetry and urban landscape in his Strolling Cities project and how creativity evolves, in the digital age, thanks to the co-creation between people and generative models ( read the interview here ). 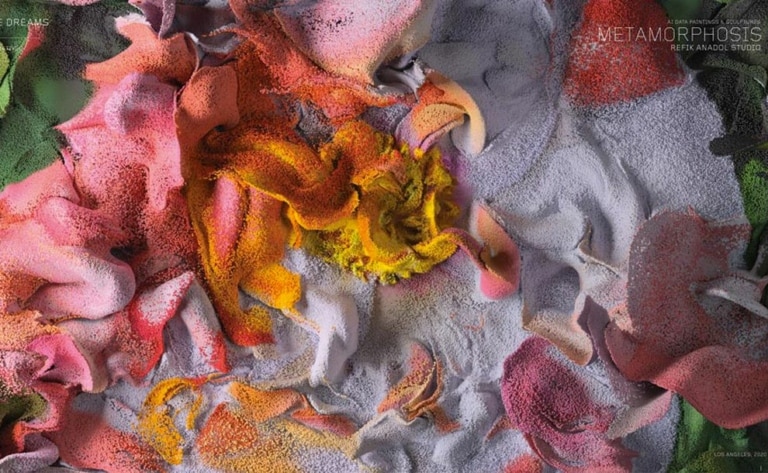 We talked about design and nature

The pandemic has changed our relationship with the home, with what is inside it and above all with nature: everyone's dream now is to live in a garden (of this we spoke with the landscape architect Antonio Perazzi ). And so while we talk more and more about biophilia ( Oliver Heath: I'll explain what biophilic design is ), trees are at the forefront of architecture: they are used on buildings, roofs and balconies and, more and more, they are considered the new tool to let cities breathe ( Trees in the city: nine good reasons to plant more ). As always, when something becomes "fashionable", however, it is right to ask ourselves if we are faced with a fetish to wash our conscience (and perhaps continue to pollute as if nothing had happened) or a real tool to build ecological architecture ( Does architecture need a tree? ). 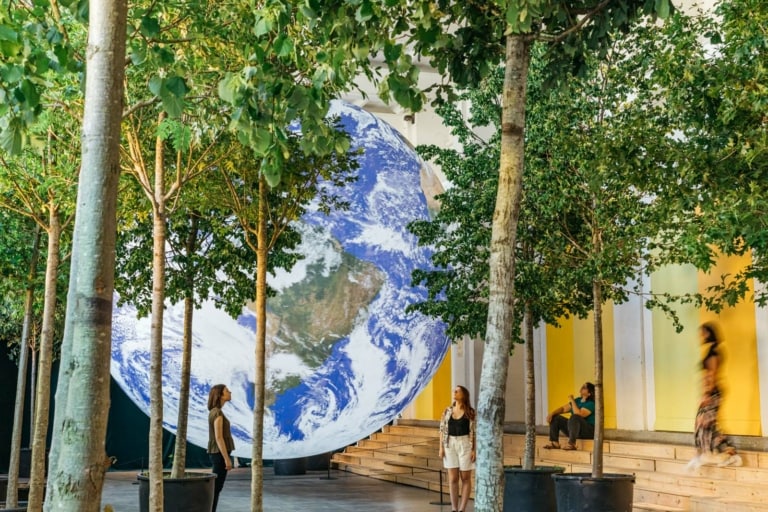 We (obviously) talked about design and events

2021 was the year of the Architecture Biennale ( read our review here ) but above all that of the return of the Design Week in the presence.

The Salone del Mobile has (temporarily) changed its skin and has been called Supersalone : its different, compact and human-sized appearance seemed to us an operation - especially of communication - perfectly suited to the still fluid situation we were in in September ( What Supersalone is like and what it really is ).

The FuoriSalone , on the other hand, hasn't really changed its skin. Numerous people came to the city to visit the showrooms (where the deals that were normally made at the fair took place) and follow the events (on which INTERNI created its inevitable FuoriSalone Guide ). On internimagazine.it we covered the entire event in a series of articles collected in one special , online from mid-August, and the best of furniture production will be told on INTERIORS Digital King Size .

INTERNI was obviously a great protagonist of the FuoriSalone also as a content producer with Creative Connections at the University of Milan, at the Botanical Garden (in collaboration with Eni) and at the Audi City Lab (in collaboration with Audi). To the event, which kept Milan busy from 4 to 19 September, we dedicated a mini-site which described all the installations (with video interviews with the architects who made them) and the shots of the cycle of Talk "The project of change ". The event, which was visited by more than 150 thousand people, was summarized the day before closing here . 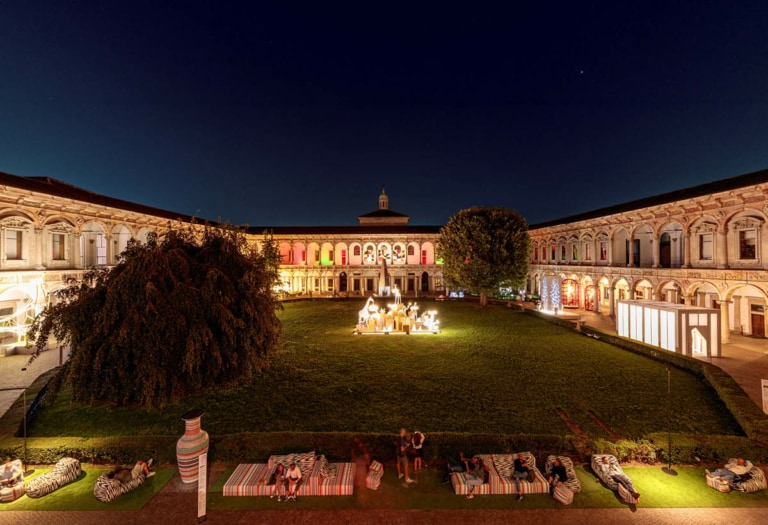