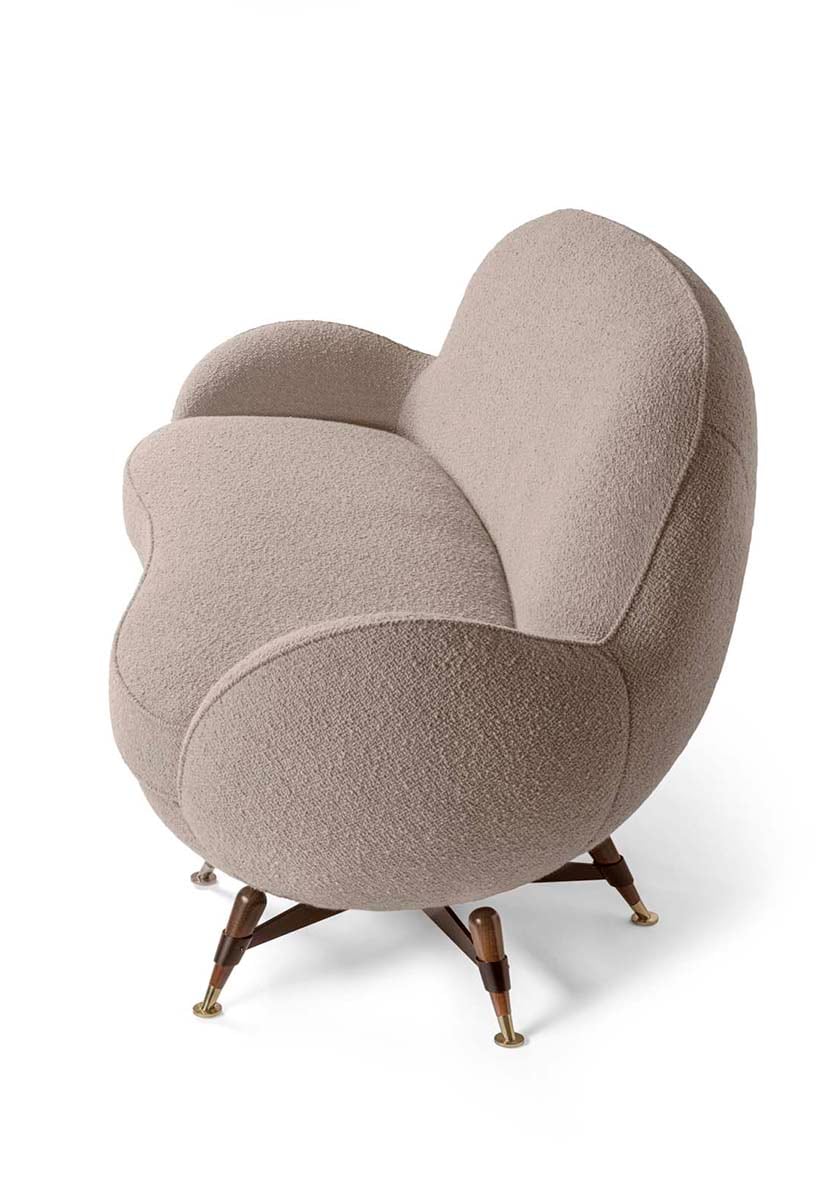 Re-edition signed by La Conca for Visionnaire of the historical model designed by the sculptor Rito Valla and presented by IPE in 1961, Mercury astonishes for its contemporaneity

It was 1961 and IPE – a company founded in 1959 in Bologna by the brothers Carlo, Pompeo and Vittorio Cavalli– took part in the first edition of the Salone Internazionale del Mobile in Milan, creating Mercury, a furnishing product designed by the sculptor Rito Valla in two versions, an armchair and a sofa. It was a completely new, experimental and industrial interpretation of traditional saddlery. In 2019, on the occasion of the company’s 60th anniversary and the 15-year anniversary of its brand Visionnaire, a special re-edition of this iconic product family is presented as a tribute to IPE’s original project and design journey. Expression of engineering and technological innovation applied to a design product with rounded shapes, Mercury still shows the actuality of the original design: the sinuous volumes, made of polyethers, revolutionary for the time, and shaped on light metal reticular structures, give the project a timeless value. Two bases made up of a five-spoke star in steel and solid wood define a further identity trait and element of novelty applied to the furnishing product. “Visionnaire’s proposals – says art director Eleonore Cavalli, granddaughter of the founders of IPE – combine craftsmanship and exclusivity to the point of becoming part of the collectors' area of unique pieces or very limited editions. In more recent years, our brand has become more and more involved in experimenting with the relationship between art and design and in proposing objects of desire. Re-editing a historical model designed by Professor Rito Valla seemed a natural step, extremely aligned with the creative direction of the brand.”

Energy transition needs design, and here is why

The new energy? It will be produced by citizens