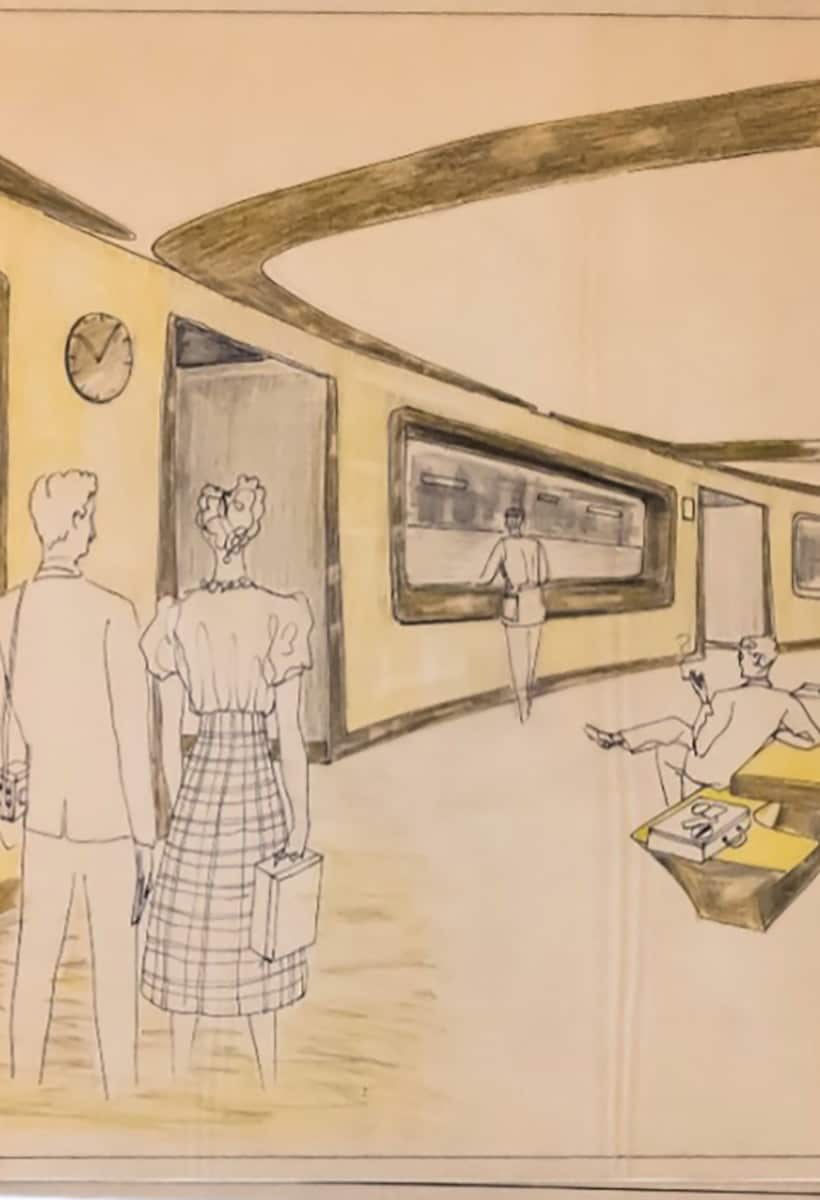 The Italian house plows the oceans

The Italian house plows the oceans

When design enters the nautical world it revolutionizes it: it happened in Italy, in 1929, with Gio Ponti. Here's how it went

Gio Ponti begins to take an interest in naval furniture since 1929, in the transition phase between the art direction of Richard Ginori and that of director full time of the newly created Domus magazine.

He met Gustavo Pulitzer Finali, one of the most illustrious naval interior architects of the time, who commissioned him to paint the ceramic cladding, with geometric motifs, for the smoke room of the Motonave Saturnia. 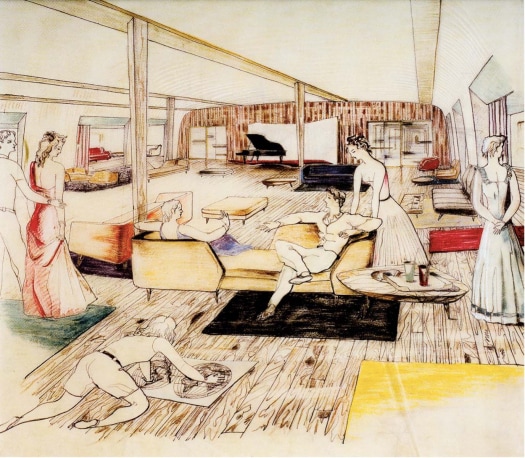 Pulitzer and Ponti establish an axis between Milan and Trieste on which the renewal of naval architecture will take place, which will soon bring surprising results.

Pulitzer becomes a permanent collaborator of Domus while Ponti tries his hand, after proposing a Luxury Cabin for ocean liners at the IV International Exhibition of Decorative Arts in Monza (1930), in the realization of the ceramic coating of the second class bar of the Motonave Vittoria (1931), the first Italian passenger ship of modern conception. 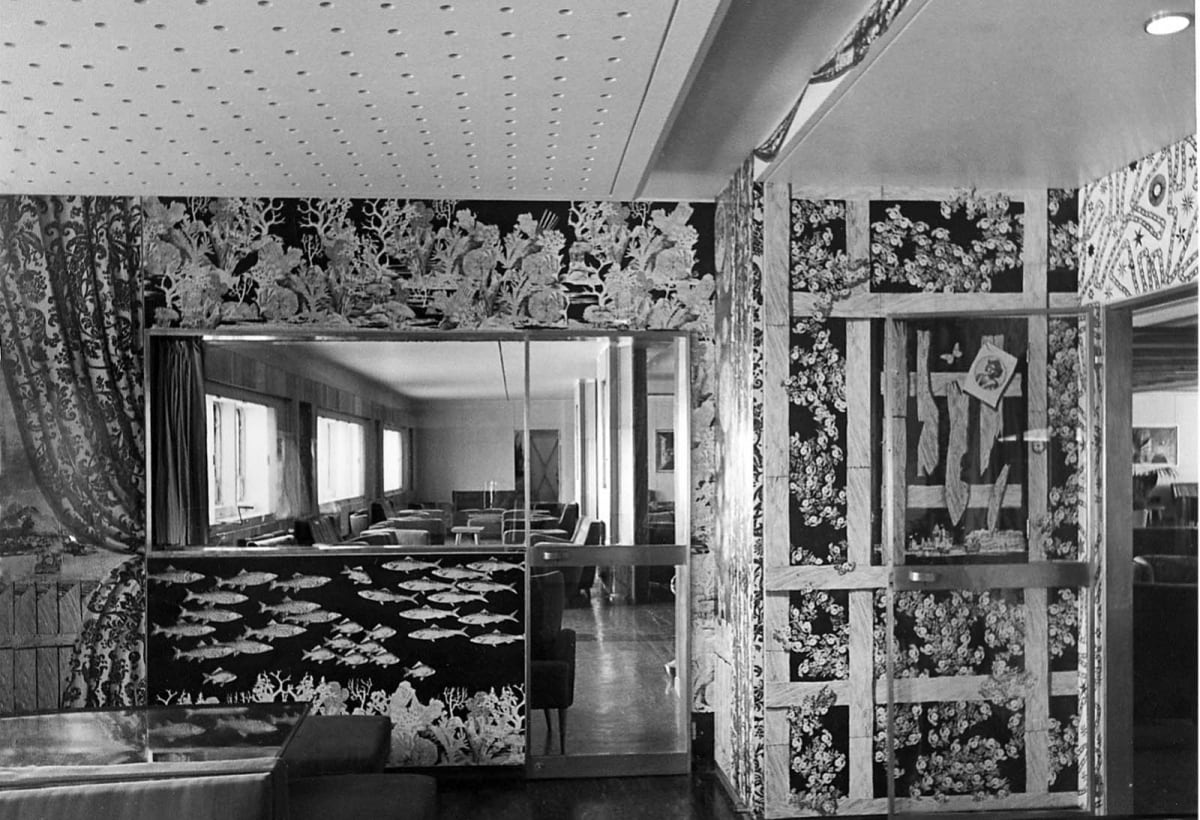 Ponti designs the tiles, produced by Richard Ginori, together with the table and tea service as well as the cutlery produced by the Italian Krupp. This first stimulating experience led him to deal with the subject through the pages of Domus on several occasions between 1931 and 1933.

Ponti theorizes, in the number 46 dedicated to the Victory, the need for a profound renewal of naval architecture based on the concept of comfort, elegance and taste, but which identifies a ship as "a living testimony of the tenor of life of the nation exercising hospitality on the ship ".

Three points are important to him. The use of artists and artisans skilled in all fields of applied arts; the interior design unit to create a homogeneous stylistic continuity; the need to involve artists from the earliest stages of the naval project. 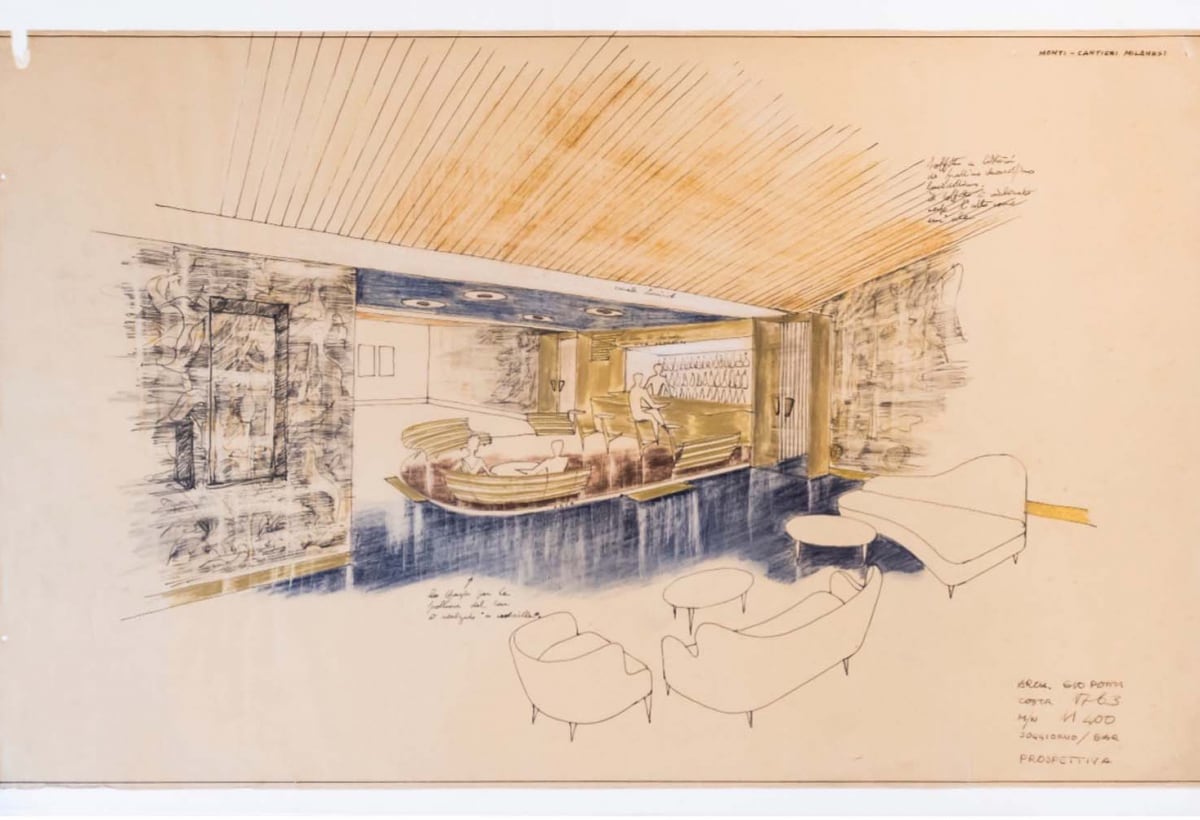 Gio Ponti and the enchantment of traveling

It was only in the postwar period that Ponti tackled the theme of naval furnishings in the first person.

The opportunity is given by the relaunch program promoted by the Italian Mercantile Navy which sees, between 1948 and 1953, the construction from scratch or the modernization of various passenger units destined to connect Italy with the North. and South America, Africa, the Far East and Oceania.

Also for Vittoria (1953) and Asia (1953) he participates in the competition without winning the realization. 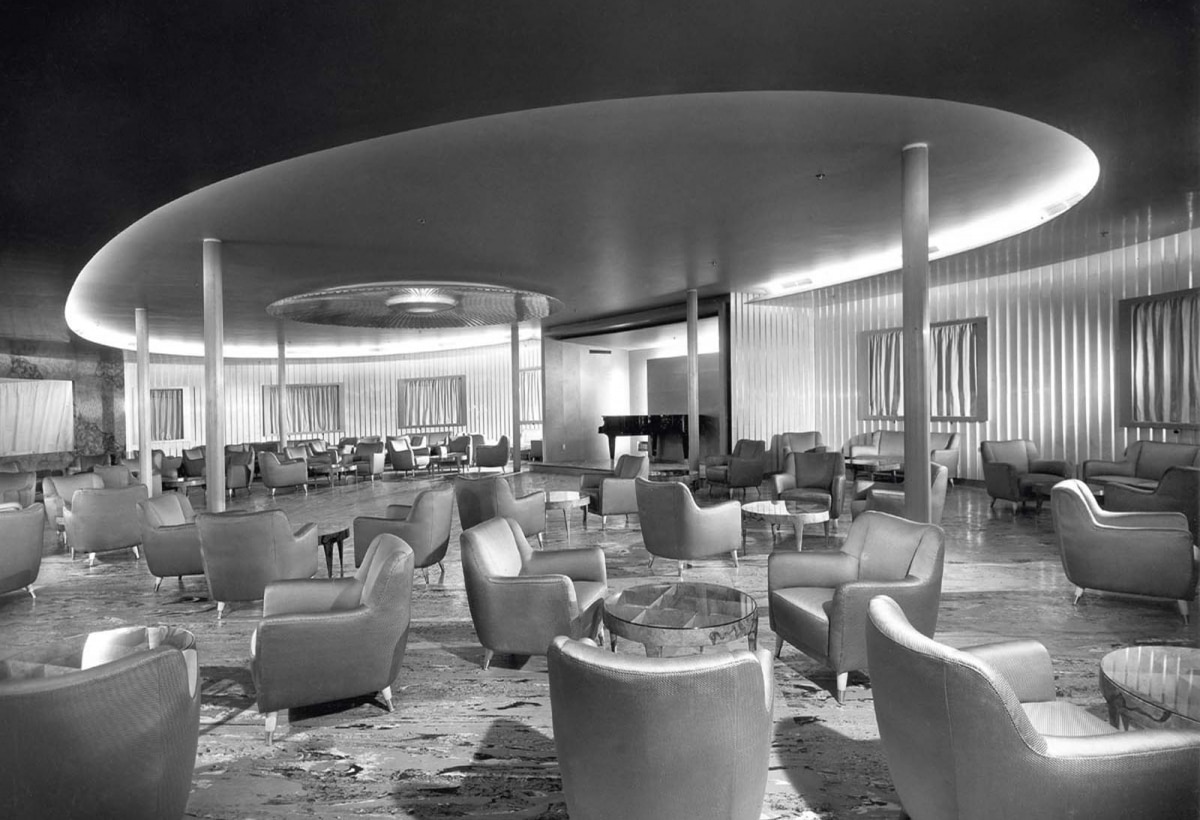 Italian living, by the sea

Ponti's projects focus on public spaces such as the main halls, gaming or reading rooms, bars, restaurants and some access stairs to the various decks of the ship. Only on the Andrea Doria he designs and builds one of the four luxury apartments: that of the Zodiac in collaboration with Piero Fornasetti.

For the realization of the interiors Ponti, faithful to his philosophy, calls on artists of the caliber of Melotti, Fiume, Campigli, Fornasetti, De Poli, Zuffi and himself to collaborate, who with the artist Edina Altara creates a large retro-painted glass panel for the entrance staircase to the dining room of the Conte Grande.

The interiors with attention to the smallest details, as can be guessed from the splendid project drawings, reflect his idea of ​​welcome and comfort, combined with the importance of transmitting to the traveler, his idea of ​​"living in the Italian style" so dear to him. Ponti also takes care, with original projects, of the furnishings: armchairs and sofas, tables and coffee tables, bar counters, coverings and curtains, in a manical way, to create coordinated and welcoming environments. Some of these furnishings are now re-edited, using the original projects, by Molteni & C, such as the D.151.4 armchair designed for L'Andrea Doria and recently a day bed for exteriors entered the outdoor collection.

Ponti will never realize his dream of designing an entire ocean liner and in the mid-1950s he took no interest in the theme of ships, citing the high specificity inherent in the project for naval furnishings. He is now attracted to new opportunities offered by modern architecture and the nascent phenomenon of industrial design which can best interpret his spirit of always experimenting with the new.

Eco-design wins over everything

The sea, in the name of design