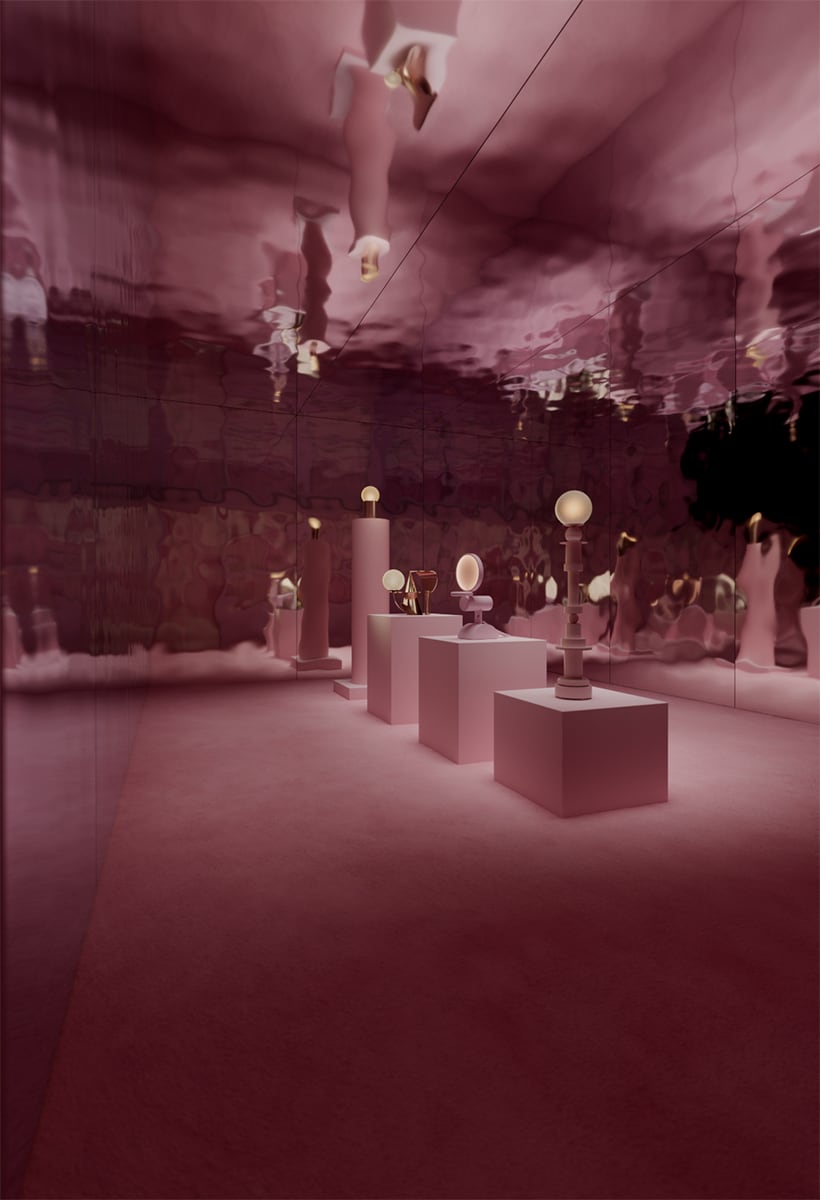 You see his pieces and you think: “they are perfect”. But they are not: because for Andrés Reisinger designing in the metaverse is a means to see what happens when you break the rules

Andrés Reisinger's name is inextricably linked to the worlds he creates online: furnishings that move almost imperceptibly as if they were breathing, carpets that hover in pale pink interiors, chairs covered with fluttering flowers.

For most people, he is 'the designer of the metaverse', the creative 'popped out of nowhere' that all the newspapers have been talking about for months as a curiosity of the moment: the kid who can sell non-existent furniture at great prices, to be used only on gaming platforms.

An unreal bubble for those who conceive design according to the classic definition of industrial project. 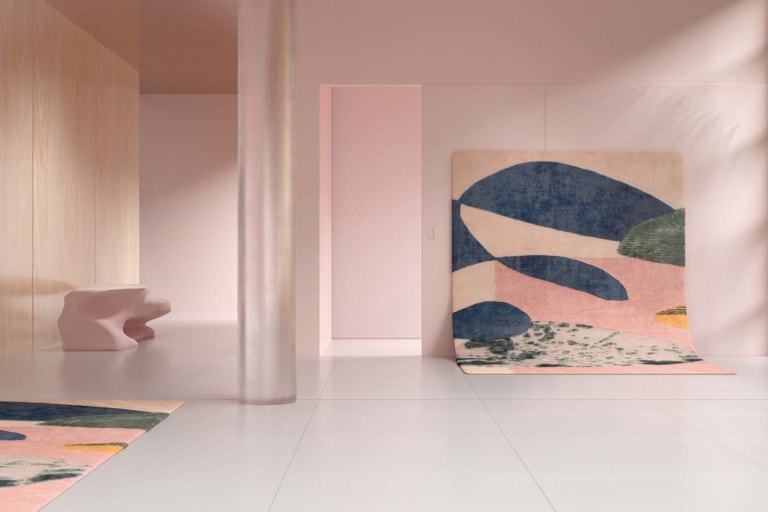 This consideration, however, does not take into account many factors.

The first is that almost all the 'impossible' furnishings of the 32-year-old Argentine also exist in reality. At least half of the pieces that made up the The Shipping collection (sold on Nifty Gatewat for 450 thousand dollars) were in fact also packaged and delivered to the buyers of the digital concept as de facto objects .

While the Hortensia Chair, originally an NFT, first became a limited edition (thanks to the creation of a laser-cut polyester fabric transformed into 30 thousand petals by Julia Esqué, product designer from Barcelona) and now a production armchair with Moooi.

At the Nilufar Depot then, where we meet him during the FuoriSalone, Andrés Reisinger presented an absolutely physical installation: a reinterpretation of the gallery owner's office Nina Yasher, transformed into a fumir, inhabited by illuminating and statuary objects and wrapped in a soundtrack inspired by Free Jazz.

The second factor to take into consideration, to disprove the idea of ​​the 'bubble', is linked to the thinking that underlies Reisinger's work and that has to do with his idea of ​​research. In relation to design... 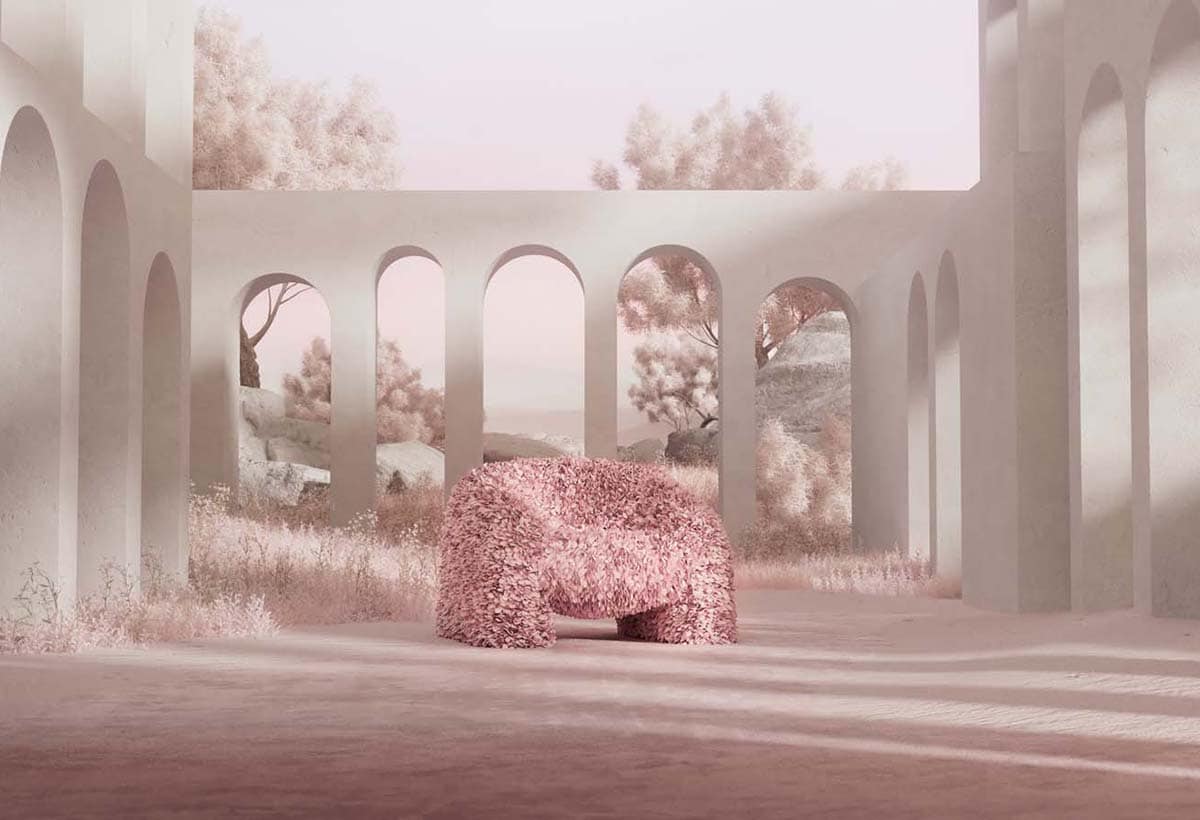 Andrés Reisinger, you work a lot in the metaverse but what you do is often also physical. Why?

Because today's world is made up of many things and the metaverse is for me a tool to express it. Like so many others. Contrasting what's digital and what's physical does not make much sense because often (and for many years by the way) objects are born in a digital format and then go into production. The metaverse allows a type of experimentation that was previously impossible and for this reason, for today's creatives, it is important to play with it. 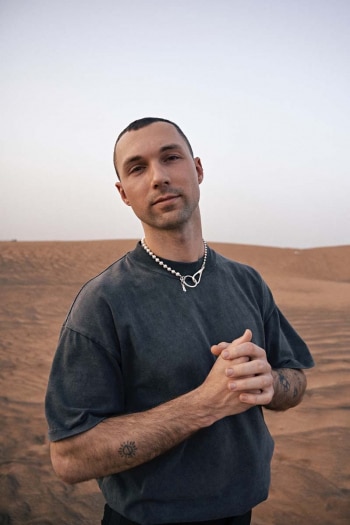 What is the real appeal of the metaverse for a designer?

The same that Bernini felt when he found a different way of sculpting marble to obtain a new result. We live in an era that allows things that were unheard of even just 10 years ago. For years, technology has been working on miniaturization, data compression and now also on the possibility of making all this less energy-intensive .

For a person who lives today, does it make sense to use tools that have existed for centuries or those that we have available now, for the first time in history? I choose this second option. It must be said, however, that what matters in the end is the concept. 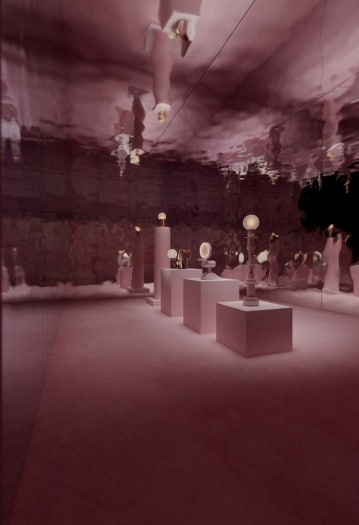 If what matters is the concept, what is yours?

Breaking the rules to see what happens, shun perfection and mix different worlds in search of an expression of real life and its processes.

I studied at the Conservatorium for ten years and learned an iron discipline in both creation and execution. Then I graduated in Graphic Design and I realized that the rules could be broken and it was in that moment that things happened that intrigued me the most.

The reason was simple: they were unpredictable, true, sometimes successful and sometimes less so, but always worthy of note and storytelling. 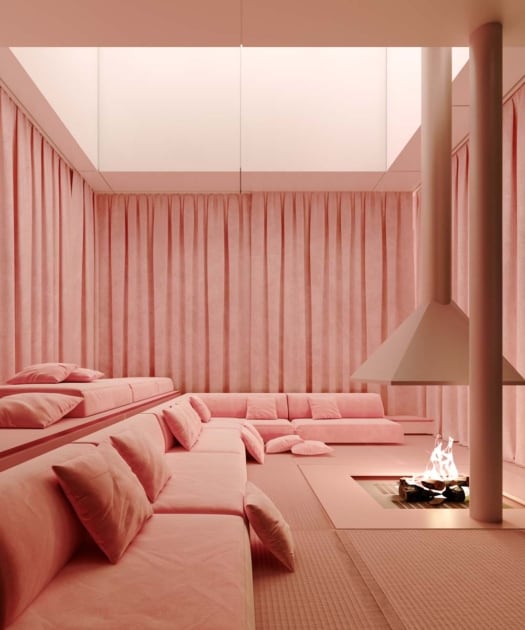 It's just an impression. If you carefully observe each sculpture, lamp, object that I make - on and offline - you will always find small 'errors', moments of discrepancy from a path that seems to be marked. Inexact geometries, precarious balances, unexpected movements, random elements.

Returning to the music theme, which is fundamental in everything I do, my approach is inspired by that of the Free Jazz of the 50s and 60s. When musicians knew the rules well but they mutilated them and put them back together in different formats, avoiding perfection and inserting elements of  'disturbance': errors, noises of the instruments as they were used, coughs, puffs of cigarette smoke.

That life that is perceived together with the music is its beauty. The uncertainty and unpredictability that can be given to projects is also what makes the metaverse and NFT more fascinating. 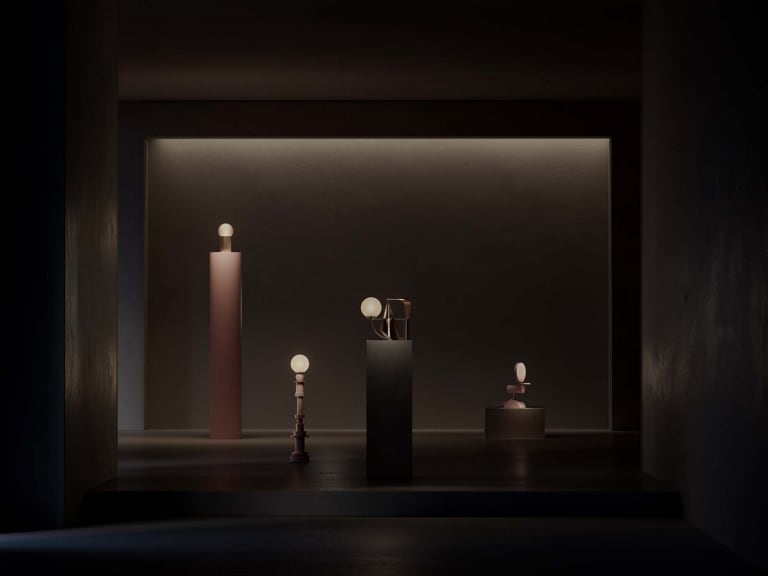 How can the digital world be unpredictable? It seems a contradiction in terms...

In the sense that artificial intelligence mixes data and creates a result by itself and this action somehow recalls the natural process of cross-pollination. In fact, I was inspired by this with Pollen, a work on NiftyGateway (an online auction platform for digital art for NFT, editor's note).

Those who own an NFT of the Hortensia armchair can, at specific moments called drop (corresponding to those of pollination in nature), make another piece of code interact with it (the pollen) thus triggering a transformation process that lasts a certain period of time. This gives life to a new object, co-created. Absolutely unpredictable. 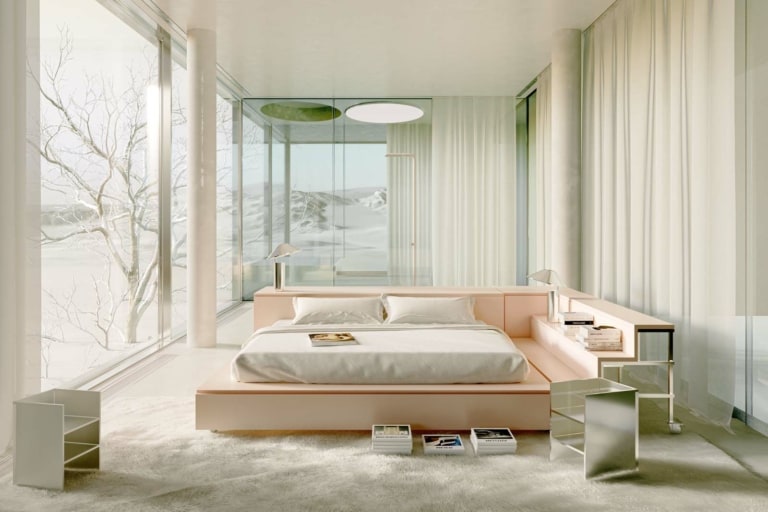 What role does music play in what you do?

A very important one. Music is an integral and necessary part of my projects, digital or physical. But also a research in its own right: within the year I will also release a music album, in collaboration with various artists.

The installation at Nilufar Depot, for example, has a free jazz soundtrack that helps to grasp its meaning. The fact is that the frequency with which music reaches our ear changes the perception of the reality around us and this too can be designed.

I did it with The Smell of Pink (at Design Miami 2021), an empty space inspired by quartz: those who entered were enveloped in fragrances and sounds related to its processing. And not by chance: it is scientifically proven that the sound frequency in which the quartz vibrates is soothing, pleasant, enveloping. How you would like your home to be ".

Almost everything you do is pink. Why?

Because it is the color of us, of human beings when we are naked and real. The color of the origin of everything.