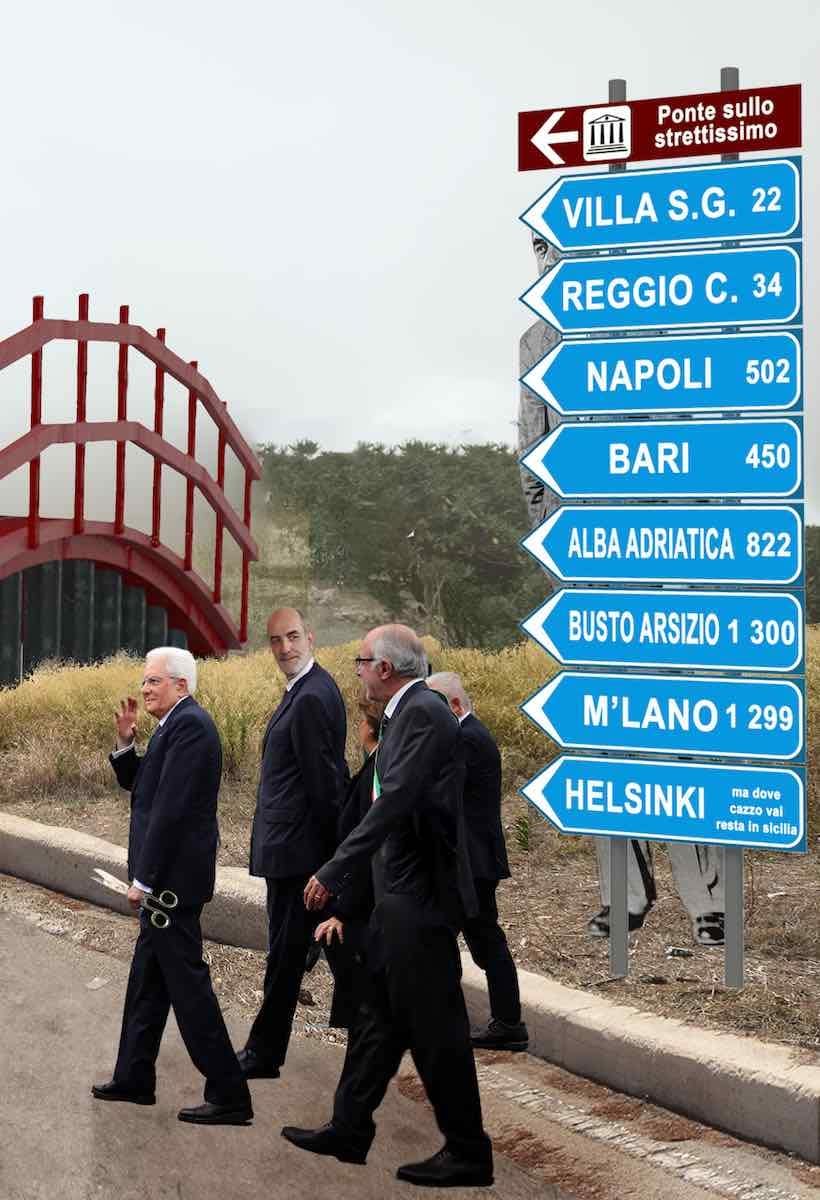 Alvar Aaltissimo and the others: the success of social media pages that ironically bring architecture (and its flaws) to the general public

One morning last spring, the world of architecture was thrown out of bed by a scoop.

Andrea Palladio's Fifth Book of Architecture was found in an unspecified attic in Vicenza. There were therefore not four books by the master: there was a fifth, dedicated to none other than Milan , renamed the "City of Life" in that precious text containing the sketches of a project that for Palladio should have represent the crowning of a life.

Palladio's fifth book was, of course, an April Fool, yet another boutade , amused and entertaining, built in a completely plausible way, complete with tables in style, from Alvar Aaltissimo , nom de plume by Fabrizio Esposito, young architect who on Facebook and Instagram spreads through the homonymous page a critical and refined thought on contemporary architecture and its flaws. 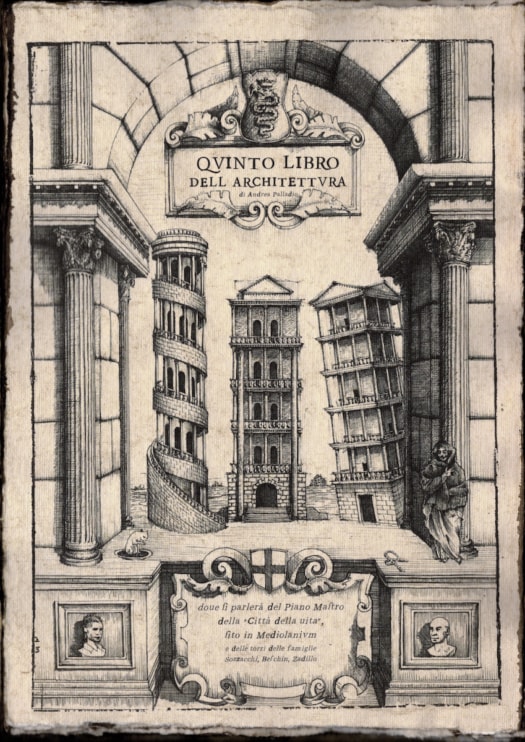 Frontispiece of the Fifth Book of Architecture. Illustration by Niki Tubi @niki_tubi

Alvar's profile has been around for some time, but it literally exploded during the first lockdown, when instead of a generic satire the architect started publishing tables and photomontages of fake but unpublished projects able to arrive straight to the heart of complex urban planning issues, the same ones on which the press, specialized and non-specialized, produces content that is not always up to par, often guided more by the prestige of the architect in question than by the genuine desire to provide information.

And, instead, in Alvar's projects such as Vaccinia or Pradate , as in his recent literary debut for Corraini, Case Milanesissime , there is a dense reflection on the present and the future of our cities conveyed in an ironic way. The effect is somewhat the same as when we find out about politics by watching the speeches of a comedian on TV, as in a sort of Live Propaganda of the project , but less Gascon and much more scientific. 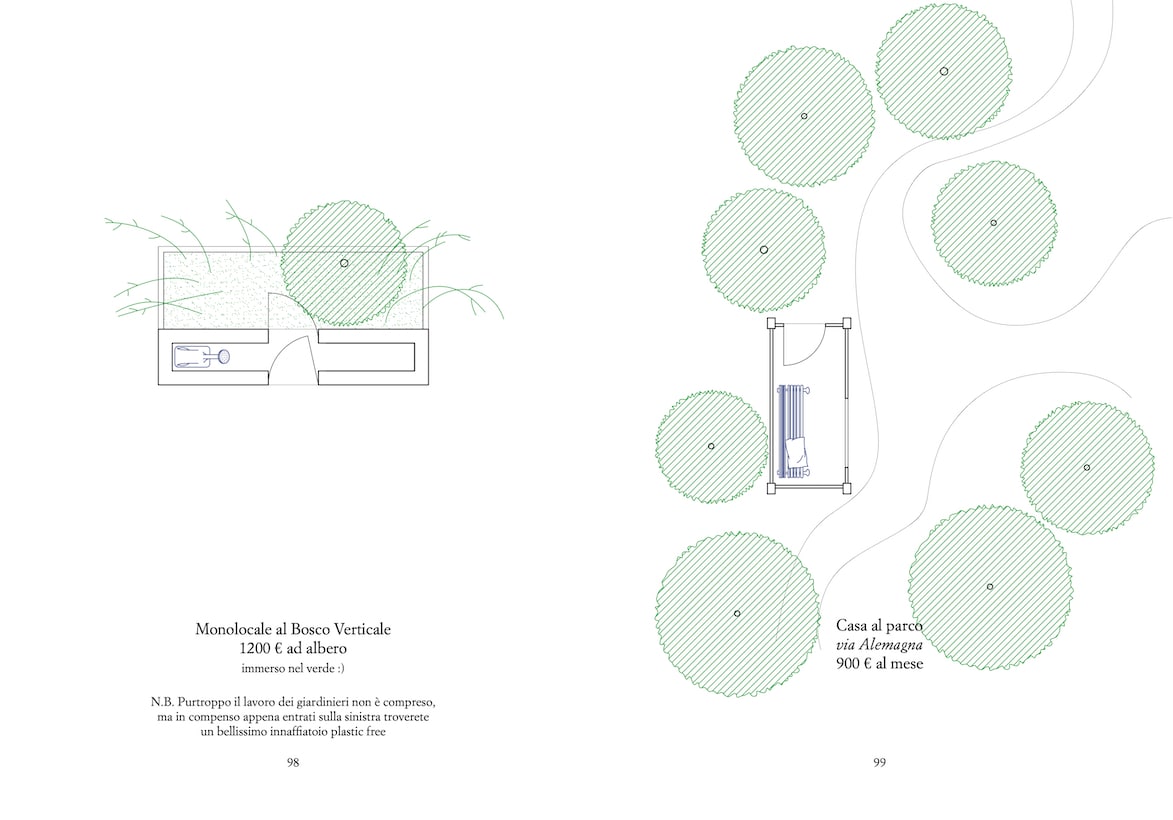 It is no coincidence that the potential of Alvar and his brothers ArchiBoy , ArchiNumi , ArchiTerror and ArchiTrash - all pages or initiatives that share the same spirit - has noticed a lively intelligence and always on the piece like Cino Zucchi. In addition to being a self-declared fan of Alvar from the very beginning, the Milanese architect recently launched a semi-serious appeal to President Mattarella, Draghi and Minister Franceschini to entrust the curatorship of the next Venice Architecture Biennale to the aforementioned. names. 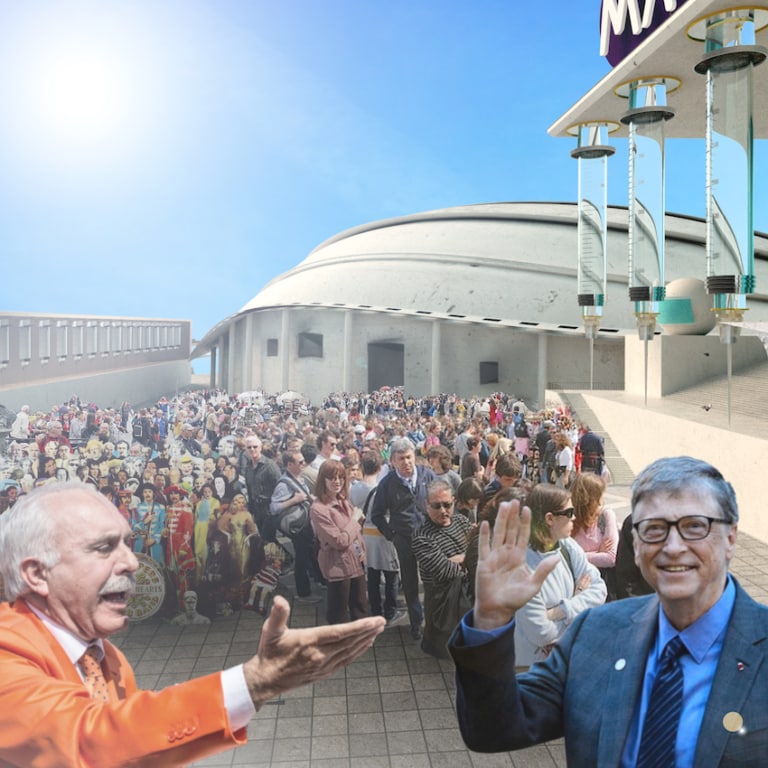 Zucchi is also the author of the brilliant and passionate afterword a Case Milanesissime , the text in which Alvar embarks on a counter-narrative of the Lombard capital using the language of real estate advertisements and a series of cadastral plans, namely the zero degree of architecture , the one with which almost anyone in life, and not just an architect, can deal with.

Zucchi writes: "The surreal, or rather hyperreal plants (in a world of 'augmented reality', Alvar Aaltissimo's drawings seem to consciously pursue the ideal of a 'diminished reality') that illustrate the imaginary apartments ; offered for rent or sale by a Milan in eternal waiting to be admitted to the club of the great European capitals, thus becoming an element of critical reflection on the housing dimension of the metropolis. The captions that accompany them are the cornerstone of their interpretation, and constitute the key to decipher the graphic cryptogram and the trap of an unexplored pyramid where the sancta sanctorum (the virtual inhabitant whose physical attributes and morals should necessarily be shaped on the very specific characteristics of the environment represented) is perpetually hidden from our view and left to our imagination ”.

If there is anything more targeted by the satire of architecture, it is the architects themselves . In a nice book from a few years ago, Architectural Caricatures (Quodlibet), Gabriele Neri reviewed one hundred and fifty years of mocking projects and designers destined - or not - to make history. There is Casa Milà , Gaudí's masterpiece in Barcelona painted like a garage, and there is the famous episode of The Simpsons in which Frank Gehry , in charge of designing the Springfield auditorium, ends up being inspired by the sheet of paper that he himself had crumpled and thrown on the floor after hours of useless exhaustion at his desk.

"The key to interpreting the book" explains Neri ", however, is not that - which is currently very much in vogue - of the all-round accusation against architecture and architects, to which a once again superficial reading of these cartoons could lead. In fact, a more careful analysis often leads to unmasking, behind the attack on a building or a designer, issues that transcend the usual themes of architecture , taken as a scapegoat or exploited for more complex plots of political, social, economic and demagogic character ". 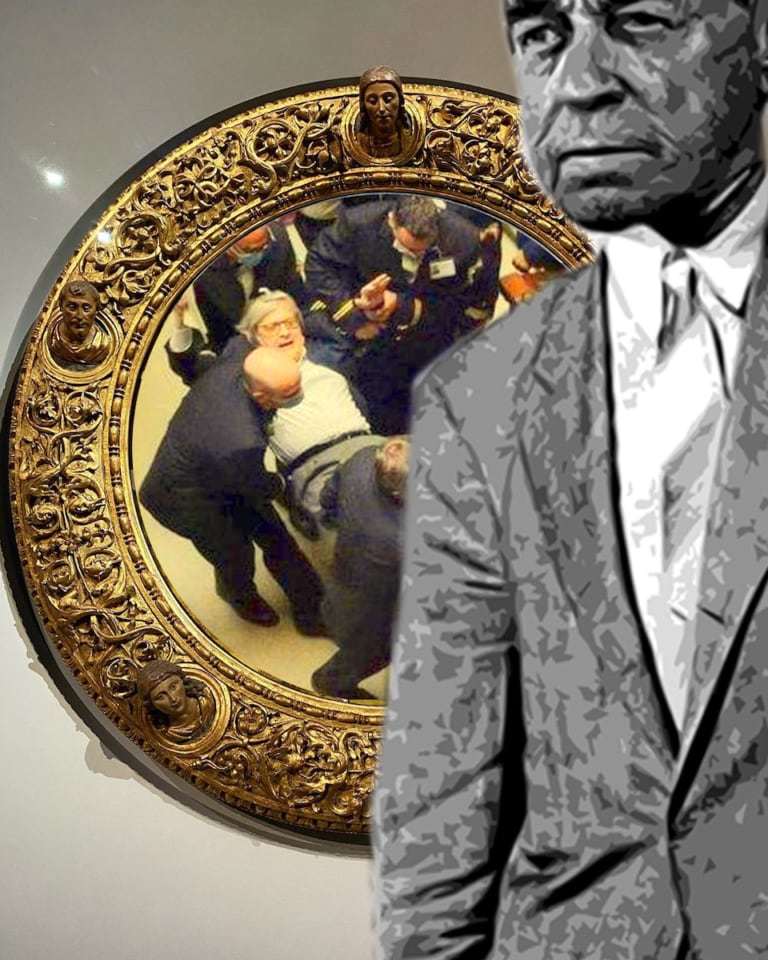 NIn the case of Alvar, it is an architect who delves into complex issues, which often do not find citizenship elsewhere with the same wealth of nuances.

“The theme of the province ” explains Esposito-Aaltissimo himself “is perhaps the one that is most dear to me. I took care of it with Pradate , to whom I worked with the instagram page @city_maybe . Coima, a company that carries out important real estate transactions in Milan such as Bosco Verticale or Citylife, has bought the Porta Romana airport to build up the new Olympic Village in anticipation of the 2026 winter games. Now, I see a problem in this, the problem of the ephemeral . We live on real estate transactions that arise from events lasting a few months , while architecture is no longer able to give life to something that lasts over time. Let's take the Expo, also in Milan: a huge masterplan for a six-month event. Today, less than ten years later, competitions are held to decide the future of those areas. Here, the new Olympic Village risks becoming another operation based on the ephemeral just like Expo. Pradate was born from the irony of grafting the province into the city right from the name, borrowed from the Prada Foundation and from the suffix -ate typical of many Lombard municipalities. Pradate is the city of Prada, in an imaginary province in the center of Milan. In fact, the masterplan has no glass, no greenery, no offices and shopping centers or multiplexes, but low houses, the church, the Il Ritrovo bar. There are no museums because the attraction is precisely the Foundation itself ".

In short, will satire communicate architecture better than the architects themselves ? "I don't know if satire is the only way, I can say that it certainly works very well from many points of view. Other ways of communicating architecture on the web have not had the same response. Satire on social media works more than long articles of criticism, perhaps because certain articles are dictated by the prejudice of the writer or by easy carelessness ".

Surface design: how is it done?

Why everyone loves Cristina Celestino's design

Luxury hotellerie, summer is not ending