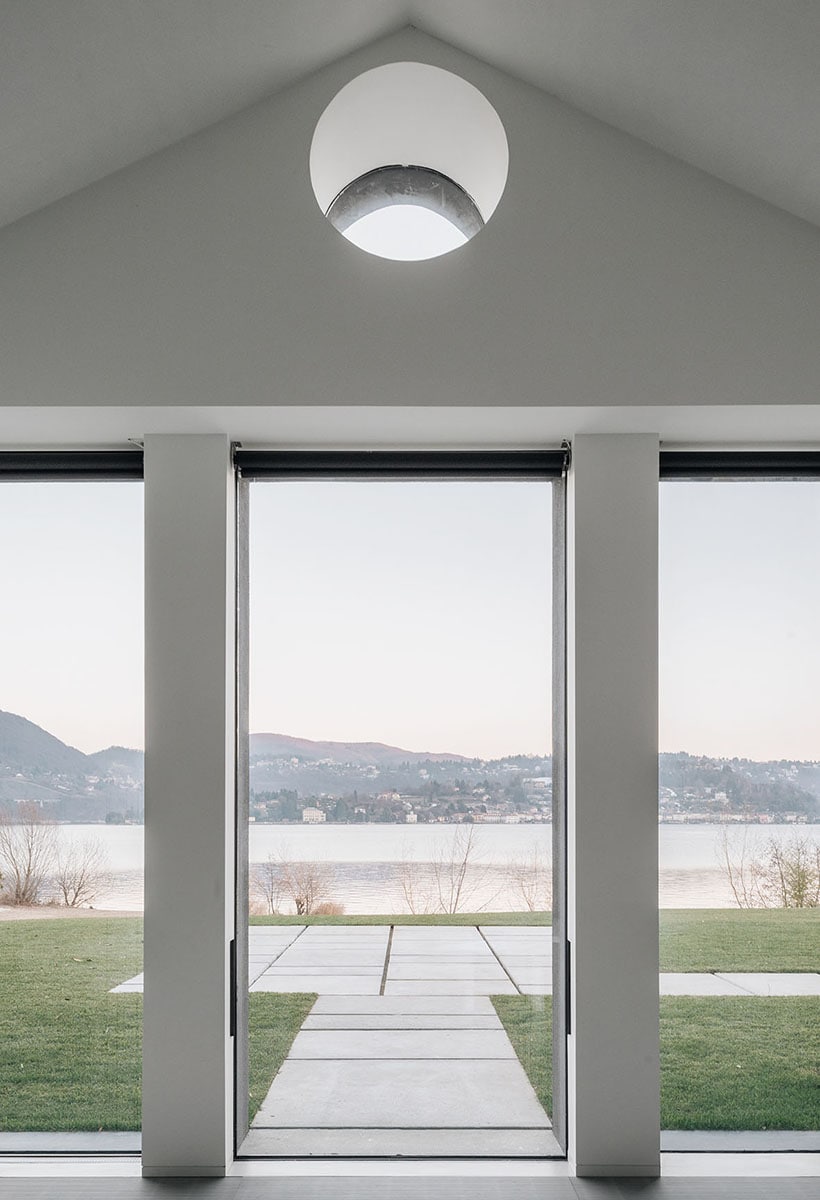 Fantini Rubinetti with RisOrta for the waters of the lake

Fantini Rubinetti with RisOrta for the waters of the lake

The mussel from Lake Orta (Unio elongatulus) becomes a sentinel of the environment. RisOrta is the name of the environmental project for active biomonitoring and remediation of sediments in the coastal areas of Lake Orta, which involves the positioning of these molluscs in some coastal areas. Long polluted by industrial waste and ecologically restored at the end of the 1980s, the most superficial waters of the lake are exposed in the coastal area to the potential risk of release of pollutants from sediments, due to a series of external agents (wave motion, runoff and access for bathers). RisOrta provides for the use of freshwater mussels as alarm biosentinelle, thanks to their filtering qualities and sensitivity to external agents, to create a monitoring network and carry out a localized remediation of coastal areas. 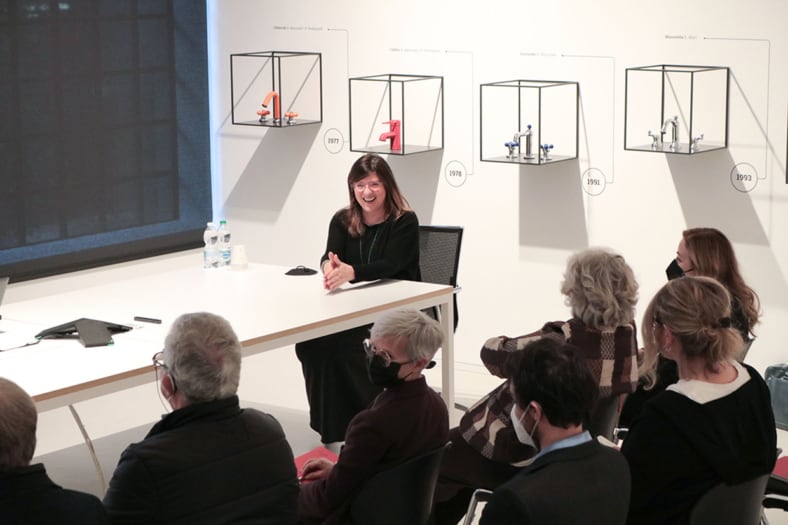 Daniela Fantini, CEO of fantini Rubinetti, during the presentation of the project at the company's headquarters in Pella on Lake Orta.

Together for the waters of the lake

Promoted by the Ecomuseum of Lake Orta and Mottarone and managed by Irsa Cnr of Verbania Pallanza, the RisOrta project was made possible thanks to the contribution of FAI and Intesa Sanpaolo as part of The Places of the Heart project. The partners include the Municipality of Orta San Giulio, co-financier of the project and with the participation of Fantini Rubinetti and the Novarese Community Foundation onlus for the provision of a research grant. 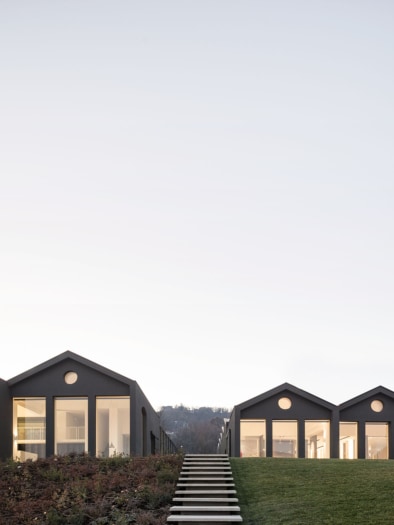 The Fantini Rubinetti headquarters in Pella on Lake Orta.

The biosentinelle of the lake

Bivalves are a class of filter-feeding molluscs that live in the sediments of the seabed. Freshwater species have a major impact on the quality of lake and river ecosystems. As filterers of large volumes of water, they perform the function of natural purifiers, removing toxic substances thanks to the ability to accumulate and deposit them in their organs in a non-toxic form. In addition, they improve the conditions of the sediments and make the habitat more suitable for other species by increasing the biodiversity of the ecosystem. The spontaneous repopulation in the lake of the native species Unio elongatulus, which disappeared at the beginning of the last century due to severe pollution, has attracted the interest of experts because cases of spontaneous repopulation after alterations to the ecosystem are extremely rare. 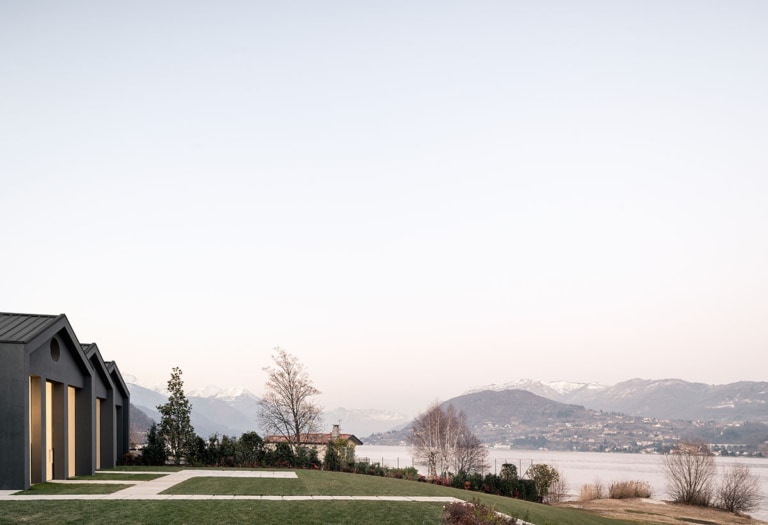 The Fantini Rubinetti headquarters in Pella on Lake Orta.

The project, for the technical-scientific part managed by Nicoletta Riccardi, researcher of IRSA-CNR of Verbania, provides for the reintroduction of molluscs of the same species, Unio elongatulus, along a portion of the perimeter of Lake Orta, to promote the rehabilitation of littoral sediments and biomonitoring. Currently, the shellfish population is limited to a single portion of the lake shoreline and the spontaneous re-colonization of the other littoral zones would take a long time. RisOrta plans to accelerate the colonization of other coastal areas by moving molluscs of the same species taken from neighboring lakes. 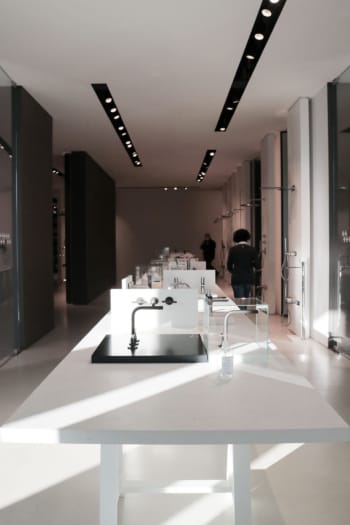 The showroom in the Fantini Rubinetti headquarters in Pella on Lake Orta.

This will help accelerate the purification of sediments and encourage the repopulation of other species thanks to the improvement of habitat conditions. Subsequently, the active and real-time biomonitoring of the ecological state of the water will follow for the detection and immediate identification of any contaminant inputs, thanks to the installation of cages containing molluscs equipped with sensors for detecting behavioral anomalies. 2
A suggestive view of the lake from the company headquarters in Pella.

The dedicated area will be the Bagnera d’Orta area, where one of the most popular beaches is located. Based on the results of the project and thanks to new funding, the activity can be extended to all shores of the lake. The monitoring of the moved molluscs will be carried out one month, six months, and one year after implantation. To facilitate their localization in order to periodically check their health conditions, the molluscs will be equipped with a microchip. In the event of an altered response, immediate inspection will be carried out and water samples collected. A sample of some molluscs will be regularly checked for the analysis of the accumulation of metals.

Muraspec Wallcoverings and Ted Baker: the wallpapers of the British brand are born

Art and design team up at Art Week