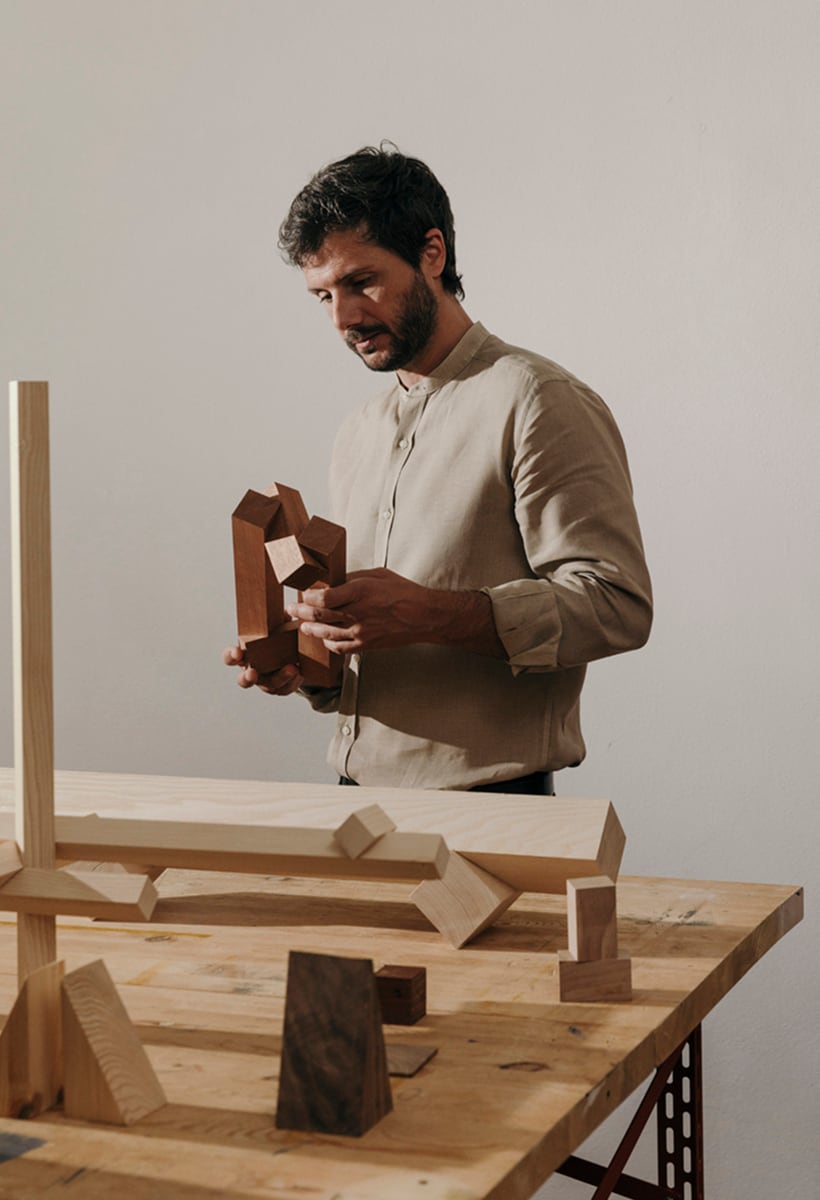 David Dolcini: a slow-paced journey into the magic of wood

David Dolcini: a slow-paced journey into the magic of wood
The designer presents Timemade, from 3 to 8 February 2022 at Riviera in via Gorani 4 in Milan

In the Taoist theory of the five elements (Taoism is a naturist philosophy and science born in China in the seventh century BC which, from the observation of nature, intuited the laws that regulate its events), wood is the first element because it comes from spring , whose forces create the wind in the sky and the wood on the earth. From wood everything is born and everything is brought back to wood: the wood burns to produce the fire whose ashes generate the earth in whose belly it is born and then the metal is extracted which dissolved becomes water which, nourishing plants and trees, generates wood again. In an eternal and cyclical balance, marked by the complementary forces of Yin and Yang. 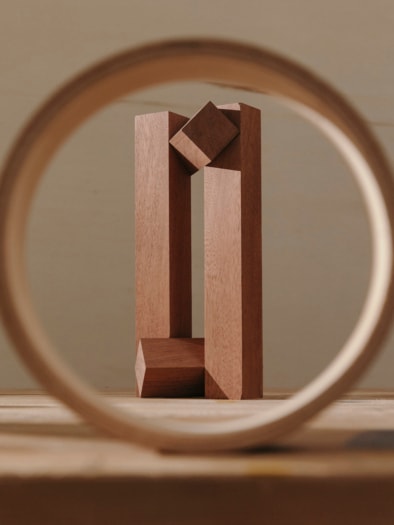 Wood is a symbol of industriousness and work, dowry and activities that take time. And in the East, time is like the sun: it stands still, so people don't need to chase it. They sit down, stop and, in so doing, stretch it. And by lengthening the time, they also lengthen their life. This comes back to memory, observing and admiring the works and woodwork of the Milanese designer David Dolcini. And listening to his words. 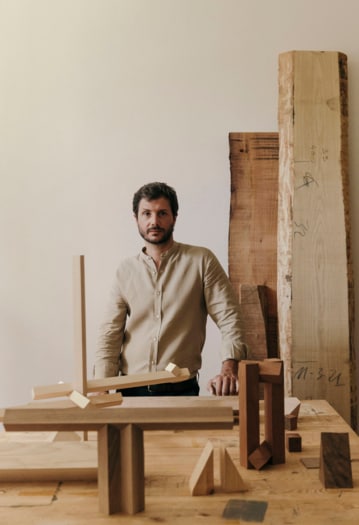 A portrait of David Dolcini in his workshop.

"Everything I do, from research to creation, to the use of materials, is a process that requires physiological time, which must be respected and supported. And I consider it to be what we human beings should do towards the world. When we come into contact with nature we must be aware of the importance of the time we have and give it the value it deserves ", explains Dolcini telling Timemade, a journey to discover wooden creations in which time and materials are the real protagonists, transcending the functionality of objects. 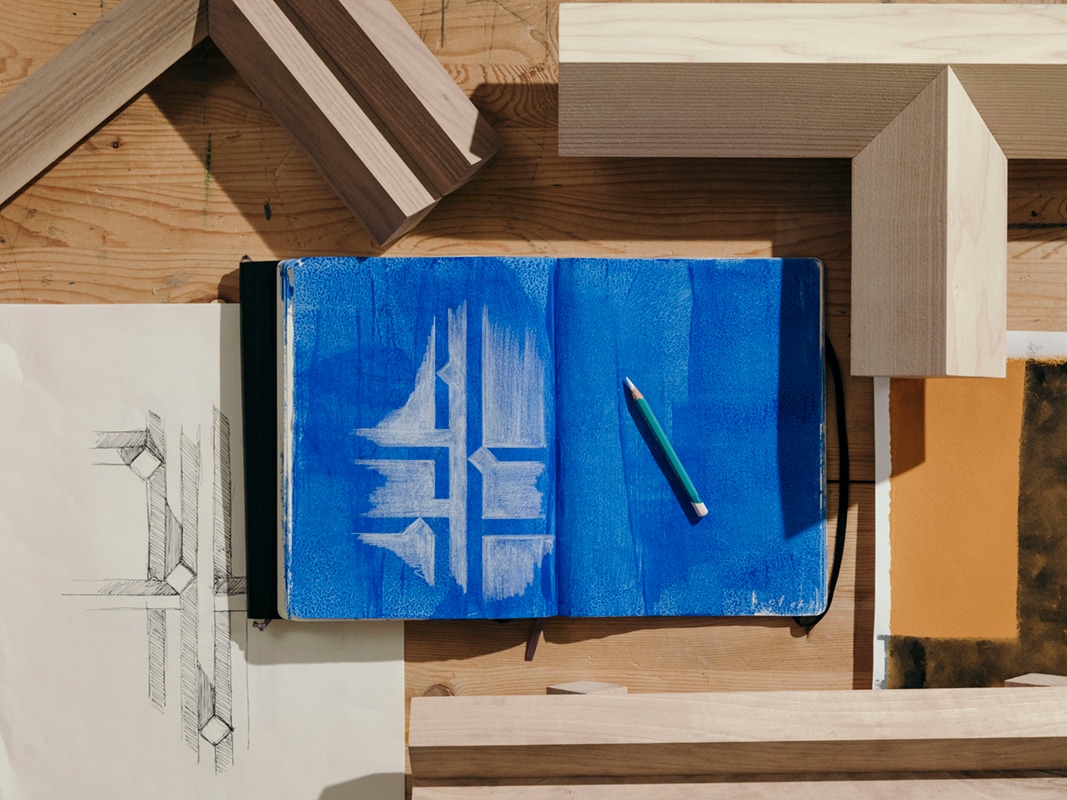 4
In the gallery, some steps of processing: from the idea, to the design, to the finished piece.

Dolcini's approach to product design stems from an analysis that allows him to devote himself to work without the pressure of time, deadlines and restrictions dictated by a specific function: a situation that is more unique than rare in the world of industrial design. “Design is a magical balance for me. A synthesis process capable of condensing the complexities of a project into an essential and organic product, but still full of meaning ”, continues the designer. 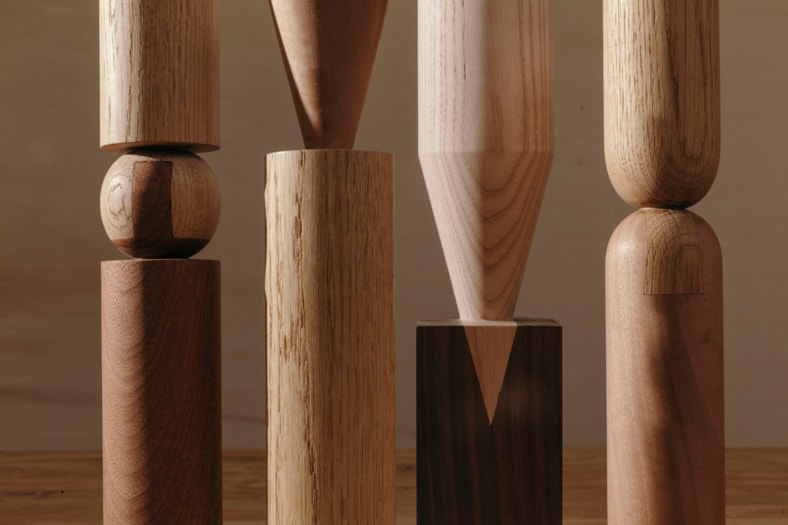 The passion for woodworking is a long family tradition for David, convinced that manual work is essential not only to produce elegant and refined objects, but also because it allows you to slow down, change perspective and really observe what you are looking for. He's doing. 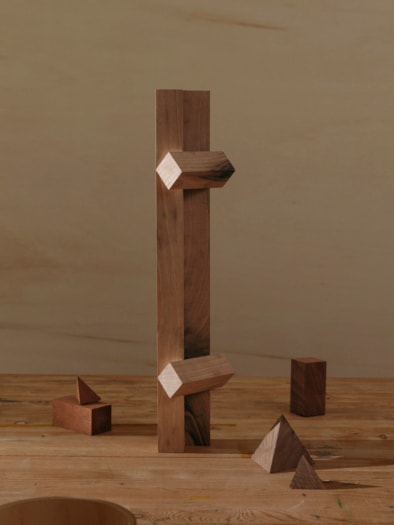 Wood is one of the materials that best allows itself to work time: it expresses its times and properties in that "doing" on a human scale, and to that extent it finds an affinity with form. Following this path means regaining confidence with what you use, touch, work. It is a do-with that presupposes education in attention, the transport of a rhythm that is that of the material, for which sometimes it is also necessary to know how to slow down. 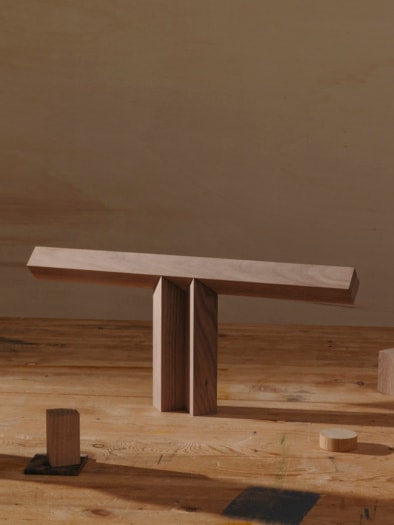 Timemade (from Riviera to Milan from 3 to 8 February) is therefore a slow-paced journey, an experience that reveals the desire for freedom; it is the search for a method independent of the purpose of the objects, tracing a path where each piece tells something about the material it is made of and the evolution of thought at the origin of the project; it is an awareness of the Earth, of respect and value towards nature and the environment, of responsibility towards the future. 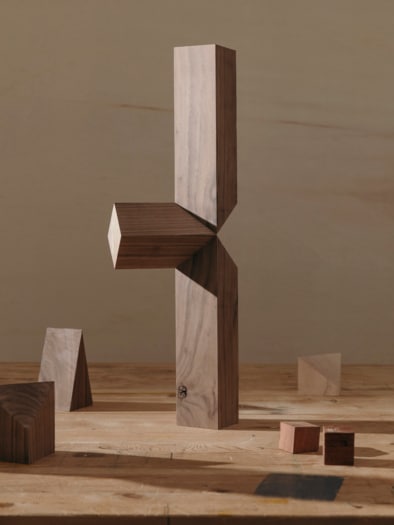