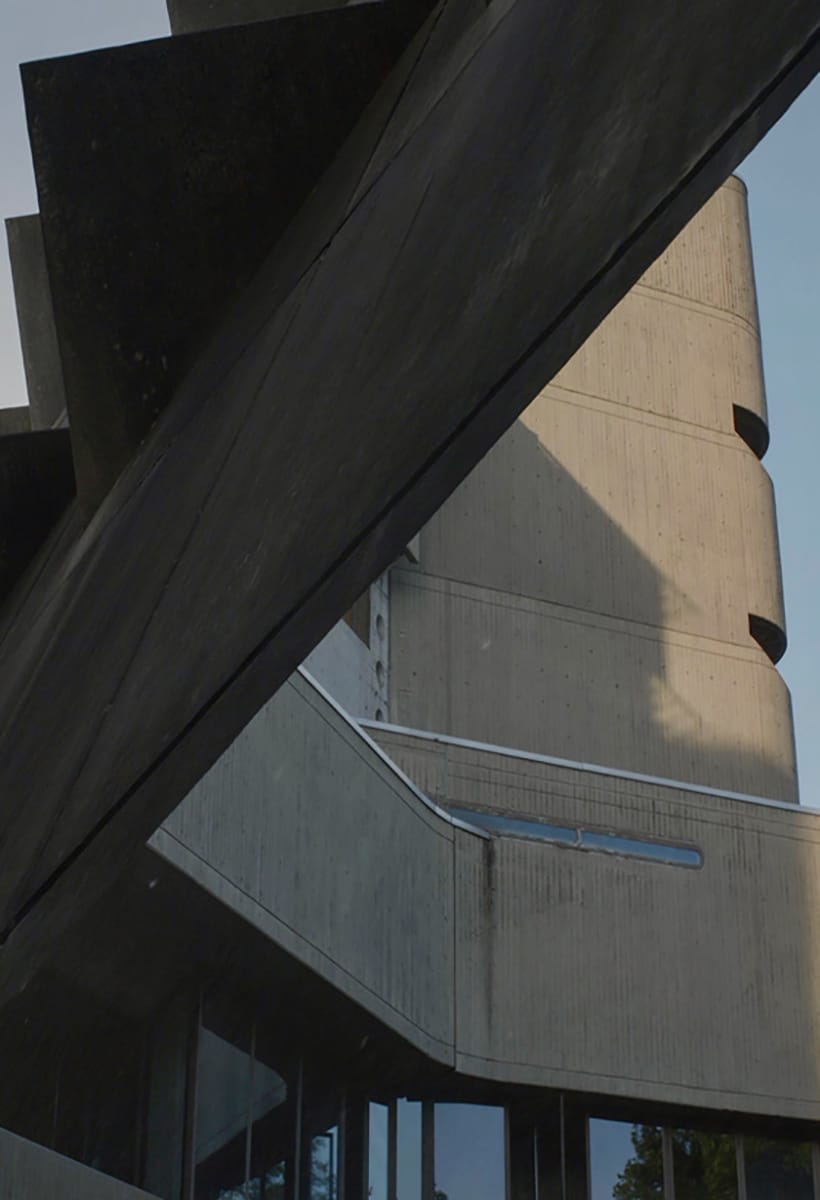 Milano Design Film Festival 2021 arrives in Milan, but also in streaming: the program and the reflections of the co-curators Silvia Robertazzi and Porzia Bergamasco

From 21 to 24 October, the Milan Triennale welcomes (in attendance but also in streaming) the Milan Design Film Festival 2021. The ninth edition of the event that combines cinematography and design has as its main theme the 'Reset', understood as a restart, will and at the same time concrete and informative intent. Not by chance - as curators Silva Robertazzi and Porzia Bergamasco told us, see below - in the film productions linked to the theme of the project in the last two years the interest in biographies and historical architecture has decreased while attention to contemporaneity, living in cities and nature has intensified. 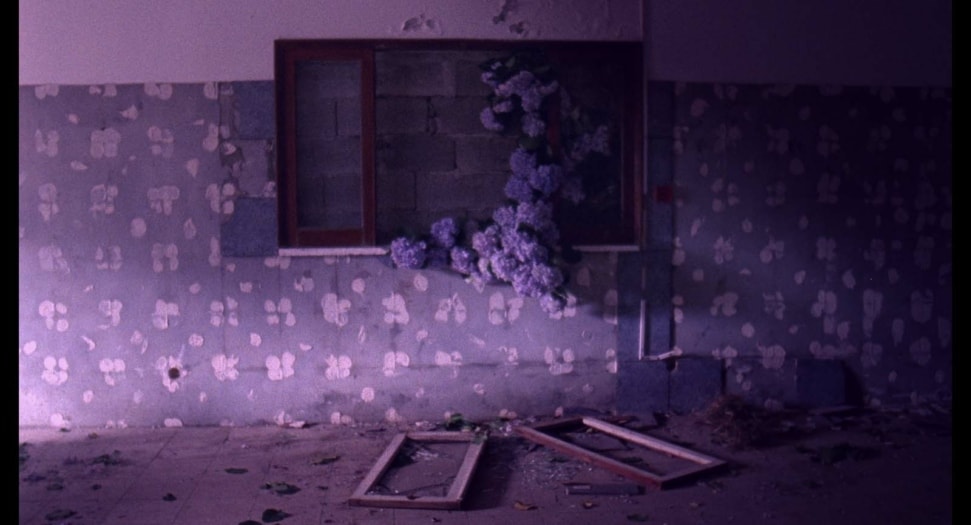 An image from Flores by Jorge Jacome. The short is part of Formafantasma's selection of documentaries for the Bloom section of M DFF 2021 curated by them.

The Milano Design Film Festival 2021 will therefore be the first phygital edition of the event (after the totally online one in 2020). The program includes in-depth talks and screenings (see the program below), for 4 days dedicated to the most relevant social issues of the historical period we are living, declined - also - in architecture and design.

Instead, Andrea Trimarchi and Simone Farresin , (studio Formafantasma) the curators of the section that investigates the relationship between man and nature, Bloom . Their review is titled “ I, You and It: Stories of entanglement between species ”. "The films we have chosen for the Milan Design Film Festival 2021 ", they say, "are all very different from each other, but we believe they can help us navigate the deep and unexplored waters of the time we live in" (for titles, see below).

About Formafastasma read also here: How do I take the design apart 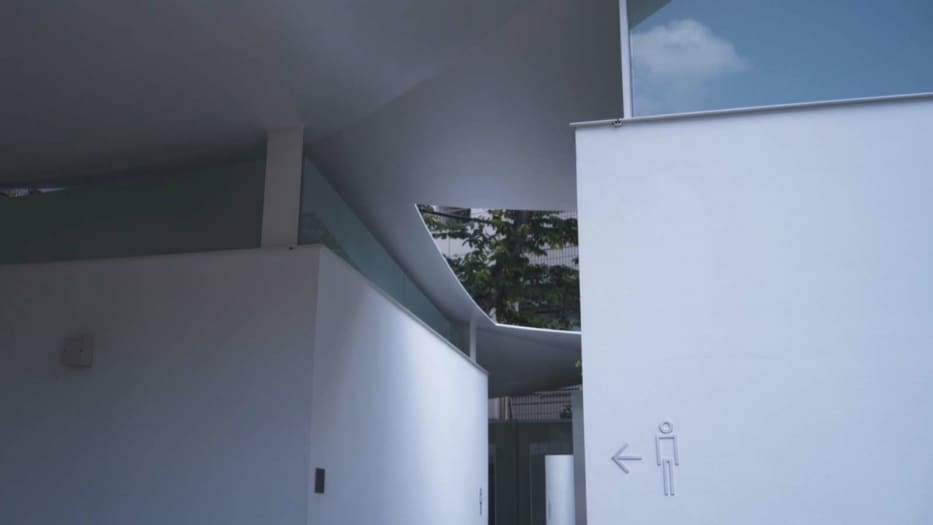 Tokyo Toilet by Andrea Pompili, Ryan Bruss presents a series of public toilets created by great architects in the Japanese metropolis. The quality of the buildings studied in every detail helps to understand how a good project helps to develop civic sense and quality of community life.

To tell us how and what has changed in nine years of appointments, are Silvia Robertazzi, curator and founder of MDFF and Porzia Bergamasco, co-curator . 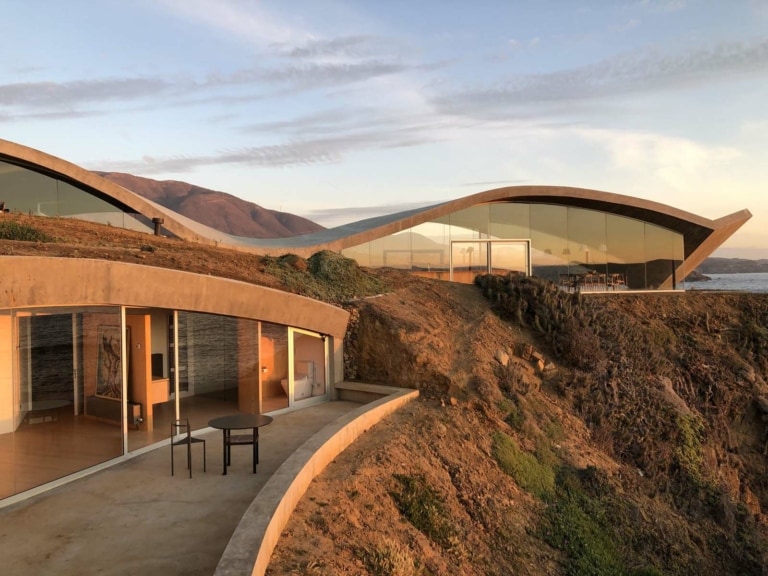 Ochoalcubo (Eight-Cubed) is a pioneering project in Chile that seeks to combine leading Chilean and Japanese practices with cutting-edge architecture. In the frame taken from In Architecture on the edge by Kliwadenko Novas, the house designed by Ryūe Nishizawa for the Chilean project.

'Reset' is this year's theme. What has changed in project films since the start of the pandemic?

We worked on the theme of restart understood as a rethinking of lifestyles, urban phenomena and consolidated design methods, adapting them to post-Covid-19 problems. And, observing the panorama of the directors' work and exploring the proposals, they noticed changes in focus. In fact, there are numerous issues related to urban planning, sustainability and the value of production processes. Interest in biographies and historical architecture is decreasing and is increasing for contemporaneity, living in cities. Nature is then increasingly present, to raise awareness of respect and dialogue. We talk about services, social housing experiments, shared creative activities, materials, circular economy. The debates are centered on the redevelopment of buildings or their impact in cities.

9 editions are much more than 9 simple years if you consider that in between there was the emergence of social media, streaming platforms and a pandemic. How has the industry changed since the first edition?

Home theater has also taken over due to lockdowns and restrictions on cinemas. And we too have had to adapt. Last year we had to imagine, in a very short time, a totally streaming festival. But, although it might seem like a limitation, it turned out to be an opportunity: the 8th edition of M DFF was followed by 12,000 unique users for 150,000 page views throughout Italy. This is why this year we decided to offer the same opportunity, integrating digital and physical, giving the opportunity to participate also to those who live outside Milan or to those who are now used to enjoying the cinema on their home screen. Surely all this in 2013 - when we started - we could not have foreseen it.

Between fiction and TV miniseries: how has the use of a film changed in 2021?

If before the use of a video content was linked to the cinema or a television event, today we can choose in time and space. Our preferences also interact with the productions themselves, especially for season series: it is the viewer's satisfaction that directs them. Streaming platforms also find it convenient to produce films that can also be transferred to theaters. An example is: 'It was the hand of God' by Paolo Sorrentino, in cinemas since November and on Netflix since December. The mini-series, on the other hand, can deepen content without arousing dependence on the story: in a few episodes they develop themes in a reasoned way. The 'Dinner Club' series, for example, uses the food-travelogue genre, linking it to the discovery of the territory, perhaps taking inspiration from the first wine-gastronomic reportage Rai of '57: 'Journey into the Po Valley', directed by Mario Soldati. Therefore, interest in the entertainment documentary genre seems to be growing, ranging from social to political issues. However, the vast offer also leads to disorientation: the Milan Design Film Festival has the function of organizing and guiding the viewer towards specific themes.

What are the current and collective needs that the MDFF cinema brings to the attention of the general public in 2021?

The documentaries show a common feeling towards political and social discontent, they satisfy a desire for analysis and understanding with respect to what happens around us and towards what we buy, be it an object or a house. They try to sensitize the community towards a beauty that is an ethical and planning synthesis linked to responsible and intelligent processes. In the past there were theories related to organic architecture, now, with the help of applied technologies, it is computational design that helps to achieve optimal harmony: thanks to the inclusion of the predictable variables of general impact on the territory to bioclimatic architecture.

In the last six months, our country has attracted international attention, including victories and podiums: what role does Italy play in the cinema sector today?

There is no doubt that a new Italian neorealism is emerging - Matteo Garrone (Dogman), Alice Rohrwacher (Lazzaro felice) the brothers Innocenzo (The land of enough and Favolacce), Yuri Ancarani (Atlantide) and many others - which tells the reality also employing non-professional actors. In the great tradition of Italian culture, cinema also manages to be contemporary, intelligently drawing inspiration from its past and defining a new, original and independent language. Perhaps this a new wave, with good reason, is attracting international interest and acclaim. 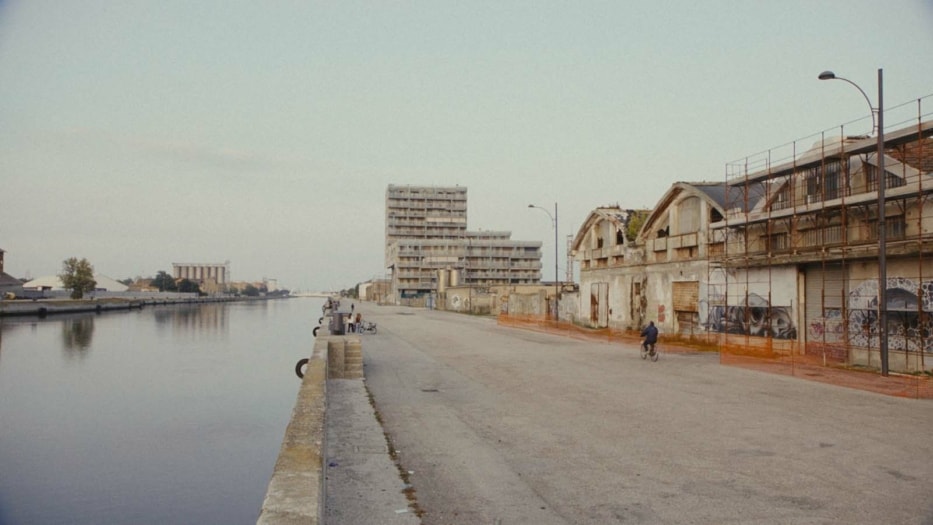 Openings, a 2021 film by Francesca Molteni, explores the world of architectural elements that embody the concept of threshold. Along the Via Emilia, the geographical border par excellence, we discover different places: a dialogue between inside and outside, art and life, necessity and creative effort.

Milano Design Film Festival 2021: the movies and the program 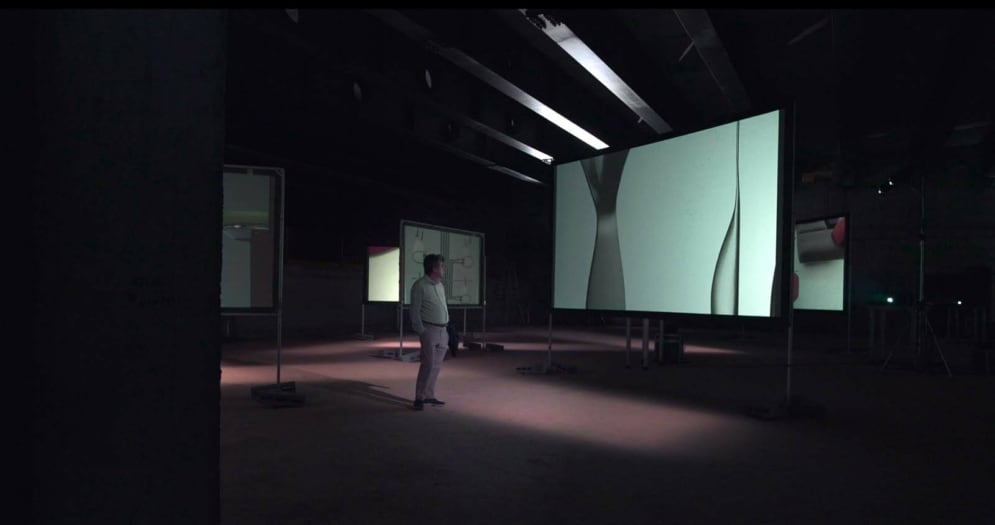 Antonio Citterio in the film 'The Importance of being an architect'. Ph. Credit MyBossWas

Cover photo: A frame taken from Battleship Berlin by Nathan Eddy addresses the theme of the restoration or demolition of the former brutalist research laboratory where the Charité hospital in Berlin conducted experiments about animals. What future does it deserve, according to politicians, conservationists, architects, gallery owners and architecture students? These are the themes of the 2021 film.