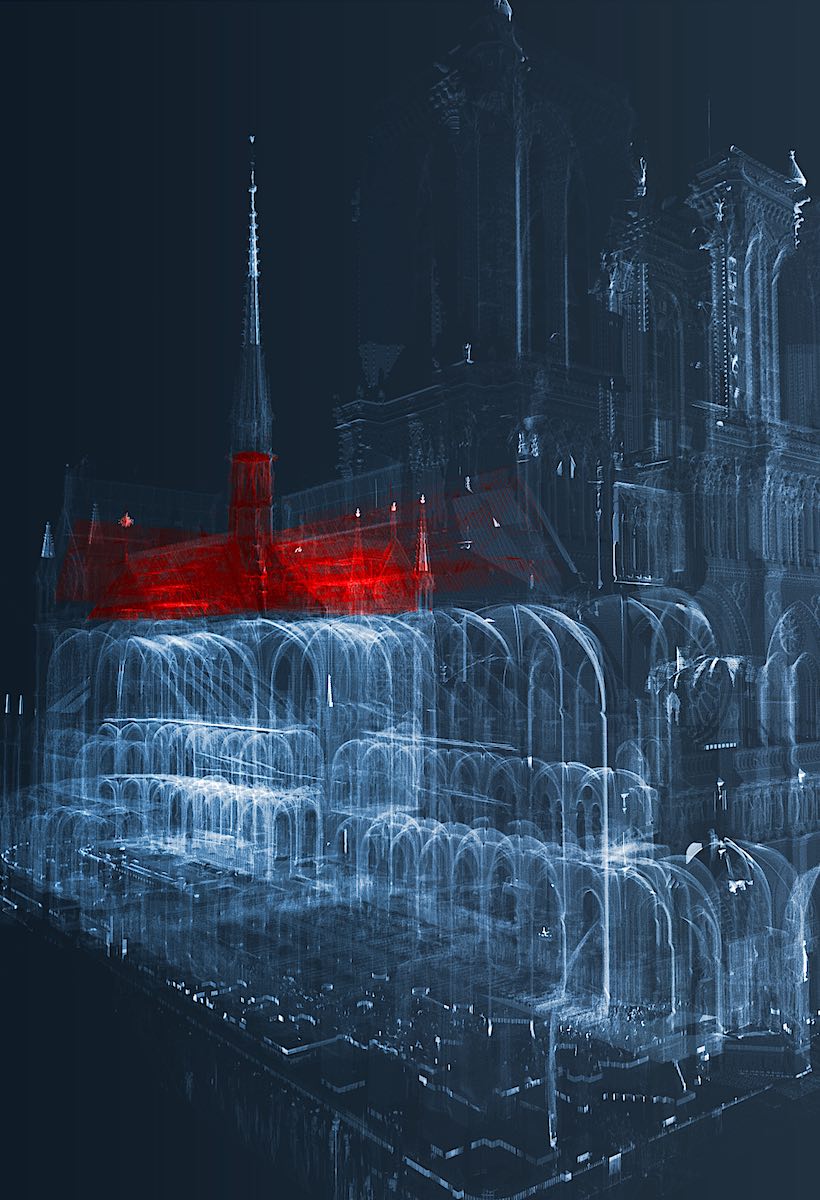 On April 15, 2019 Notre Dame burned leaving the world in awe. Two years after the stake, Livio De Luca, architect and scientific coordinator of the digital construction site, accompanies us to the platform that will raise the Cathedral from its ashes

Rebuilding Notre Dame in the same way as it was: a feat of enormous historical significance and complexity that is becoming a reality thanks to painstaking work that exploits digital data and technologies.

At the center of this operation is a platform, conceived by an Italian architect, Livio De Luca, who is today the scientific coordinator of the digital site of Notre Dame (as well as research director of the CNRS, Center national de la recherche scientifique, and of the MAP, Laboratory of models and simulations for architecture and heritage).

Thanks to him we entered this extraordinary world, which starts from the real, passes into the digital and then returns to the most extreme physicality, that of a new cathedral, identical to the lost one. Originally from Amantea, with a degree in architecture, a specialization in the application of digital technology to heritage, a doctorate in engineering and a qualification (HDR) in computer science, De Luca looks at architecture with decidedly innovative eyes and approaches.

A year before the fire of the Cathedral, De Luca created a revolutionary platform called Aïoli. “It is a collaborative and three-dimensional semantic annotation platform that allows you to bring together scientific data from multiple actors ". The annotations are processed by the platform that produces 3D images, which are constantly evolving because they are fed by the various data entered. In the case of the Notre Dame site, of 120 researchers working on materials, structural and acoustic behaviors and also on social and anthropological elements”.

Aïoli is in fact the instrument at the base of the scientific site that deals with the study and digital reconstruction of the Cathedral. Its starting point was the various surveys that took place before the fire. “Notre Dame had been documented, in the years prior to 2019, by several scholars. Among these, Andrew Tallow, professor of Art and Architecture at Vassar College in Poughkeepsie (USA), who had digitized it with a 3D laser scanner. These data, as well as those of other previous surveys, were valuable for the start of the scientific site”, says Livio De Luca. 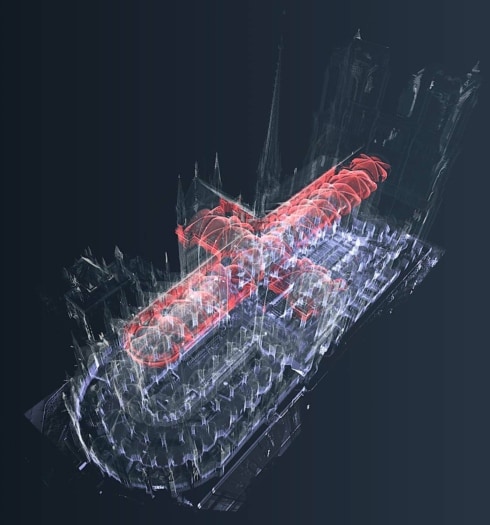 But what exactly are the scholars doing? An extremely complex work that involves the reconstruction of a geometric datum starting from the photographs. “On the one hand, we record a person's gaze on the building, which is the photograph, extract the coordinates and store the annotations made on the photos (in two dimensions) to automatically extract three-dimensional information”. From this derives the spatialization of the image and the multiple associated annotations. The more data is entered, the more the Cathedral takes shape.

“Every single remainder of the fire is analyzed by several experts: crossing our gazes, we can reconstruct where it was inside the Cathedral, its composition and its origine”.

A cognitive and semantic investigation, that of the scientific site, which supports and accompanies the operational site and which helps it, for example, to recompose by anastylosis. But it also has its own value regardless: this ecosystem will be able to memorize a situation that will not necessarily be expressed by the restoration site, but will remain an important digital memory that already today reveals technical-constructive details, in this case linked to the Gothic style, which before they didn't know each other. A digital born cultural heritage that will also become a valuable tool for future researchers. 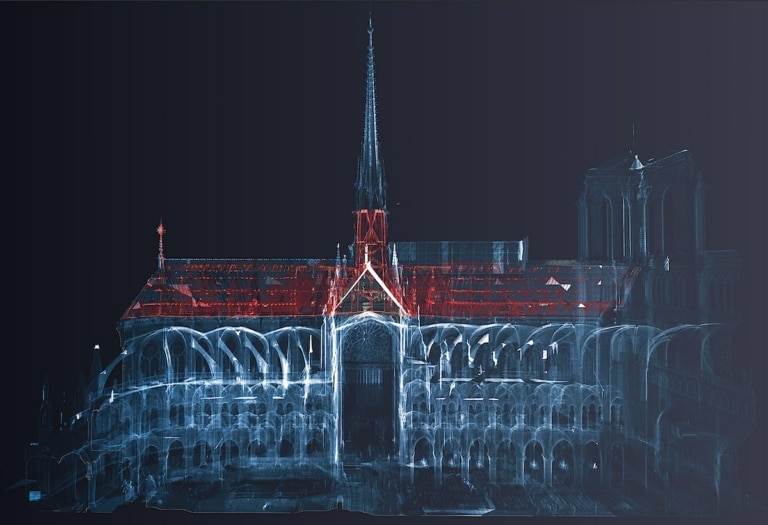 In the images, screen capture of the interactive 3D web viewer developed within the Notre-Dame de Paris scientific site of the CNRS and the Ministry of Culture by the 'digital data' working group(www.notre-dame.science). The contents shown on the image (at the time of capture) relate to the state of the cathedral before the fire on April 15, 2019. Ph. Credit. V. Abergel, L. De Luca / CNRS / Vassar College / GEA / Chantier scientifique Notre-Dame de Paris Ministère de la Culture - CNRS 2021.