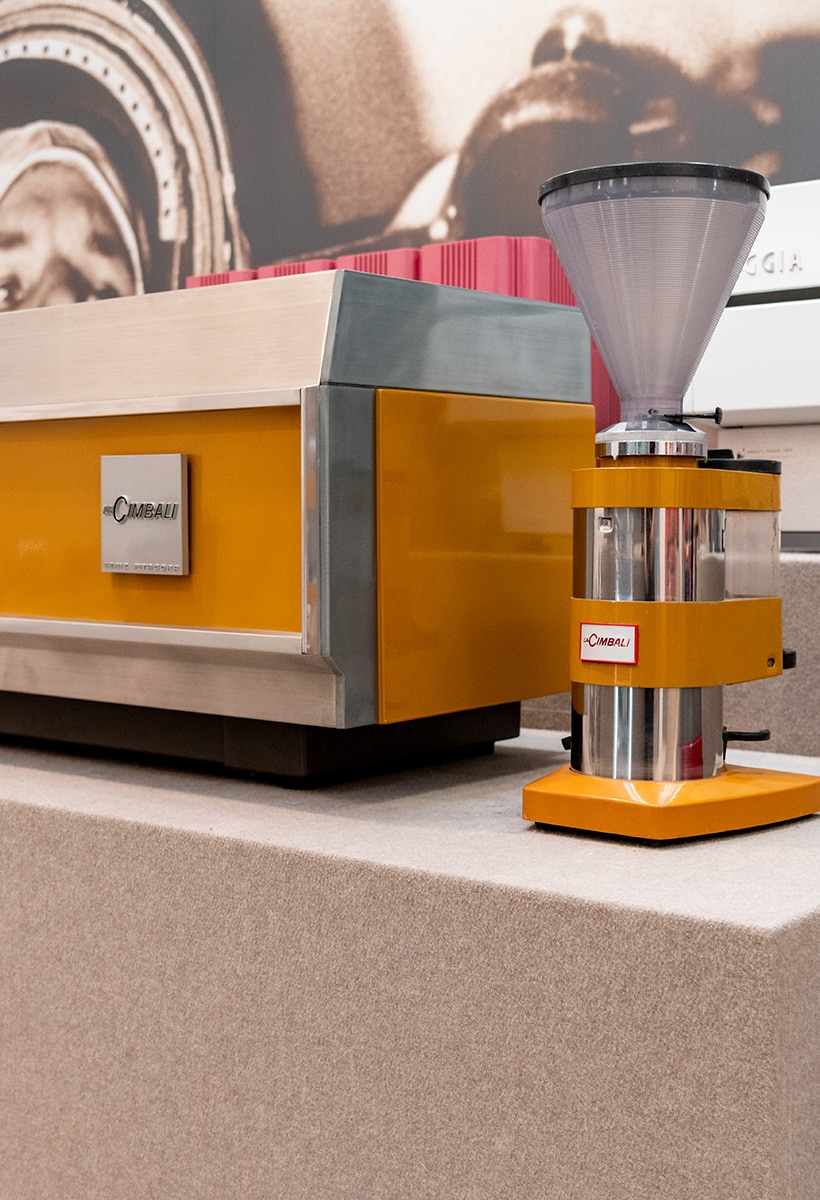 Visit to Mumac, the coffee museum

Visit to Mumac, the coffee museum

The director of Mumac, the Cimbali coffee museum, talks about how the design of coffee machines has changed from the late nineteenth century to today

In Binasco, near Milan there is the Mumac, the museum of the Cimbali Group which tells the evolution of professional coffee machines from the late nineteenth century to the present day.

Says Barbara Foglia, manager of Mumac: "The first machines of the late nineteenth-early twentieth century are steam and column models, not horizontal as those we are used to.

At the beginning of the twentieth century the machines are in pure Liberty style, with friezes and enamels that reproduce the plants and coffee beans, decorations that have the purpose of divulging and representing an exotic raw material then little known.

The first machines are steam powered, with temperatures around 100 degrees that burn the coffee, which is therefore black, bitter and hot. You have to wait until the Second World War to taste the coffee cream we know today, thanks to the invention of the lever, a mechanism that allows coffee to be dispensed quickly and at high pressure, without using steam but with water around 90 degrees". 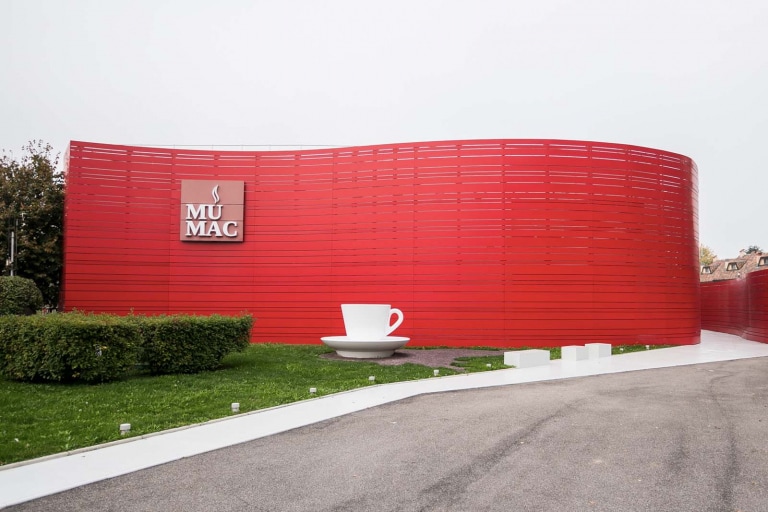 Taking a step back, the rationalist and futurist style evolved between the two World Wars, with machines that look like moving sculptures: "The first project signed by a famous designer is the DP 47 from 1947, by Gio Ponti for the Pavoni , renamed the Cornuta for the horn-shaped dispensing units reminiscent of the racing cars of futurism.

In the Second World War, the design winks at American style, the cars resemble the radiators of the Cadillacs, the jukeboxes, with sparkling finishes in polished brass, are wonderful objects protagonists on the counter.

In 1962, sixty years ago, the Castiglioni brothers designed the Pitagora for Cimbali, the only coffee machine that won the Compasso d 'Oro, the first mass-produced, with rigorous lines, with a body of only 17 pieces that can be assimilated quickly, easy to maintain because it can be opened like the hood of a car".

In the seventies, Pop Art took over, the first plastic materials and colors, from pink to orange: "In this period Rodolfo Bonetto designs the M15 for Cimbali, the company's first model with a 'C' side profile, a more compact shape that gives the barista the possibility to maneuver steam wands and dispensing groups more easily. 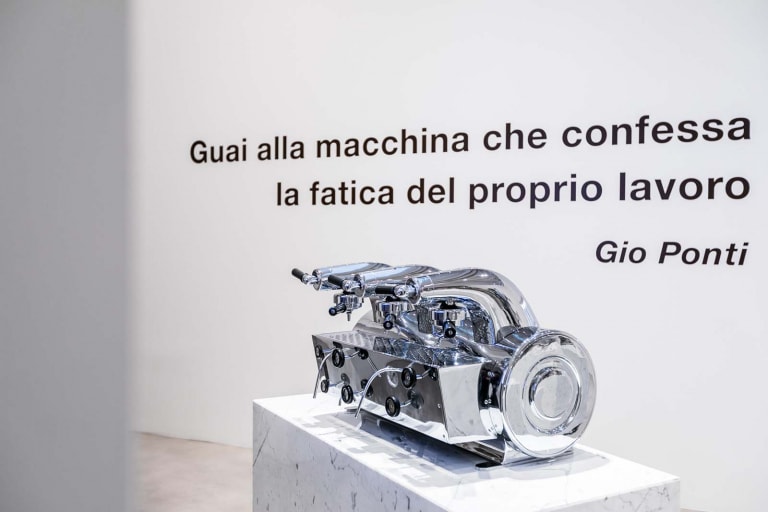 MUMAC, The Cornuta by Gio Ponti

In the new millennium machines become intelligent thanks to the internet of things , they communicate for remote maintenance, speak with the grinder-doser, calibrate the extraction profiles in a different way through programming from display.

There are also super-automatic, which allow you to transform the bean into coffee simply by touching a button or a display, or by choosing your favorite drink remotely via the app, without even touching the machine".

Over the decades, not only design and technology change, but also the way of presenting and describing the world of coffee: "In the fifties the machine was a scenographic object that was the protagonist of the cafeteria, in the seventies and Eighty the equipment moves back to leave the counter free, where you can serve more coffees at the same time and increase productivity.

Today, however, we return to designing machines to be placed on the counter, with sculptural silhouettes and compact and low formats, which do not block the view but allow the barista to look his customer in the eye. 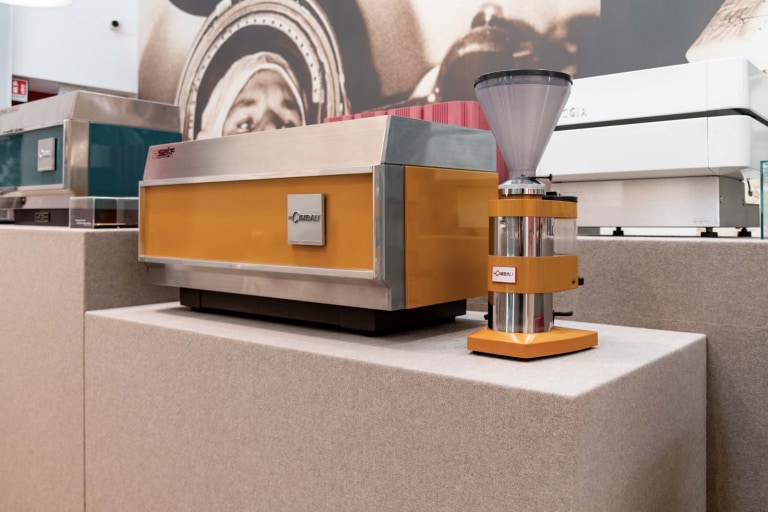 The coffee specialist who chooses the coffee on the plantation, has toasted it, has 'pampered' it, also wants to tell about it, establishing a direct relationship with those in front of him.

The contemporary models are customizable, tailored to the needs of the barista.

For example, Gruppo Cimbali gives the possibility to customize the models with the Slayer brand, chosen in the coffee shops where tastings are made. specialty coffee can also be prepared at home, with machines for domestic use, such as the Faemina , with professional brewing units suitable for creating quality espresso and even coffee -filter.

Furthermore, inside the museum there is the Academy of Gruppo Cimbali where courses are held training on espresso and alternative extraction methods, for professionals but also for coffee lovers ".