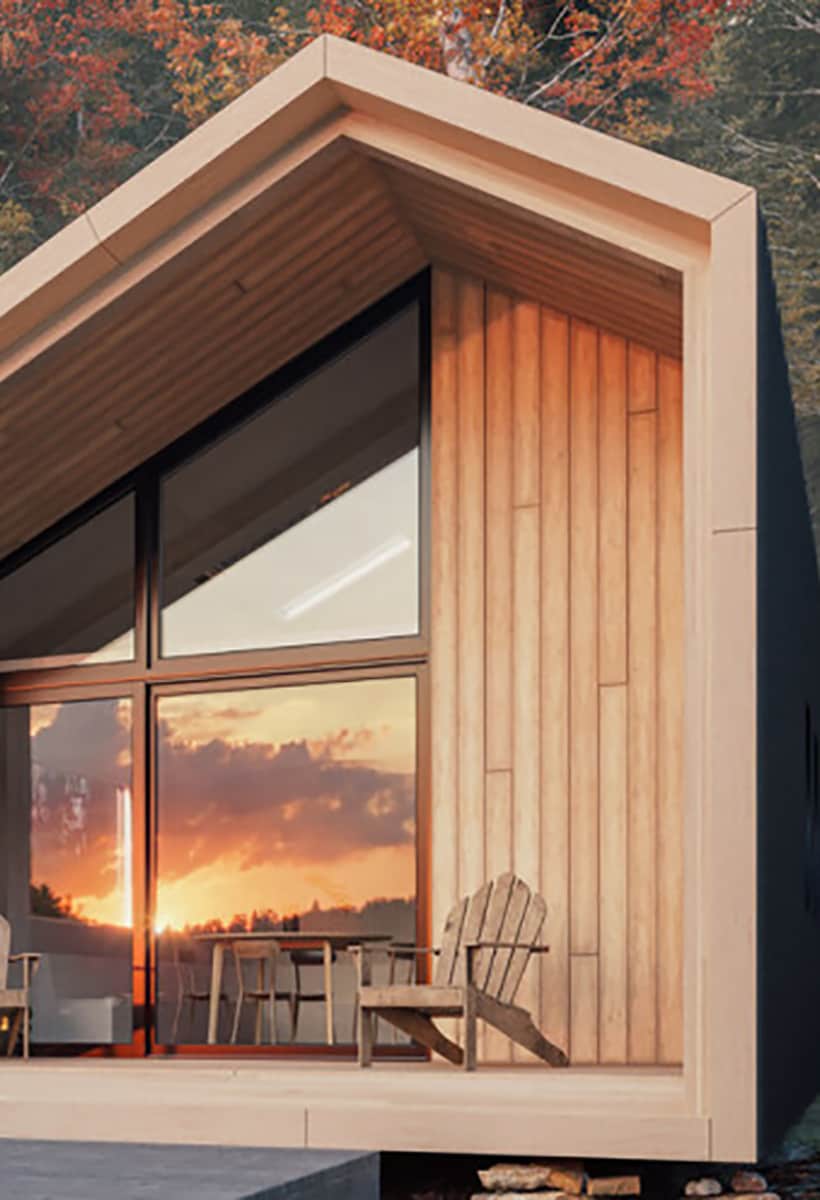 The irresistible rise of wooden houses

The irresistible rise of wooden houses

Safe and sustainable, prefabricated buildings are taking off. And architecture puts itself to the test

We can observe it from the vertigo of the 84 meters of Brumunddal's Mjøstårnet in Norway, the tallest wooden skyscraper in the world, 140 kilometers from Oslo. Or from the 84 - just a meter below - of the Viennese HoHo tower. That of wood to architecture is a discreet climb, with some impressive numbers such as that of the most impressive buildings that for some time have begun to successfully challenge concrete, and a fabric that also grows in scale smaller, where the phenomenon of prefabricated houses in natural material is on the rise after years of mistrust. 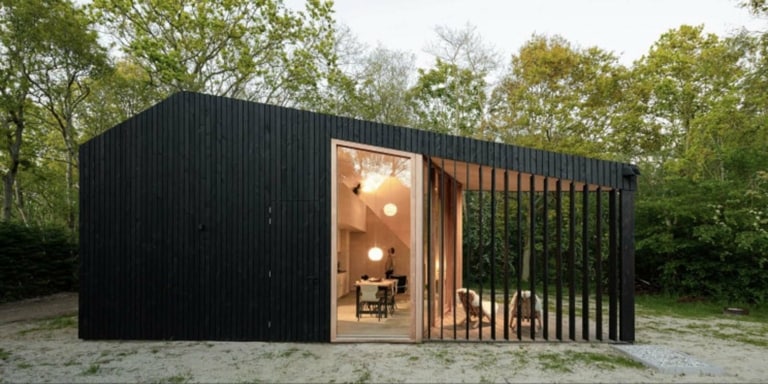 "If forests filter the greenhouse gas CO2 from the air and are active in protecting the climate, the use of wood as a building material is also effective against climate change" they explain from Rubner, a company from Trentino Alto Adige and industry excellence with a long history almost a century.

The wood of the building material is considered Co² neutral and is very light. As a result, both the energy consumption for mining, processing and transportation are lower than for high-carbon materials such as brick or concrete. Furthermore, one cubic meter of wood frees the atmosphere of one ton of CO2.

“Those who build with wood contribute with their home to retain carbon dioxide and respect nature. Wood renews itself faster than it is needed. One cubic meter of wood grows every second. This means that 2160 houses could be built every day”. 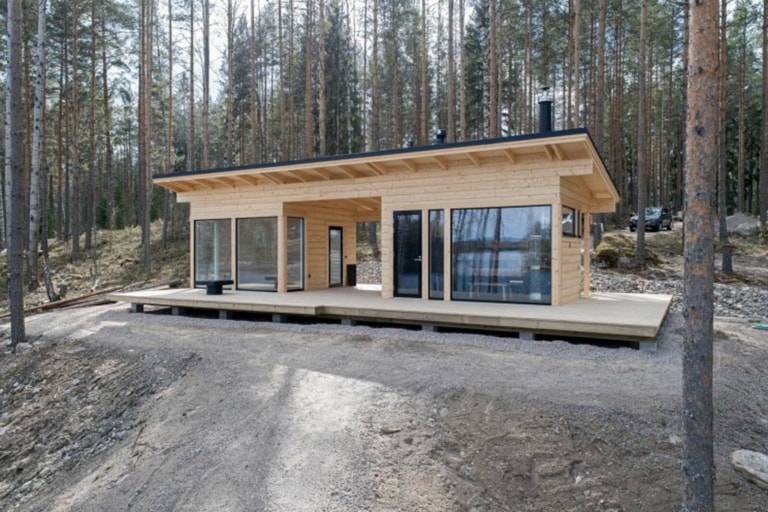 The ascent of a new material to the world of design and architecture always needs creatives to achieve and fully demonstrate the properties and performance of the material itself. Weaving Architeture, for example, was the installation by the Miralles Tagliabue EMBT studio which at the Venice Biennale in 2018 showed the properties of American red oak.

"Red oak not only has a minimal carbon footprint, it is also truly sustainable," explains David Venables, European director of AHEC, the American Hardwood Export Council which plays a leading role in promoting wood on an international level and was among the supporters of Benedetta Tagliabue - Miralles Tagliabue EMBT in Venice. 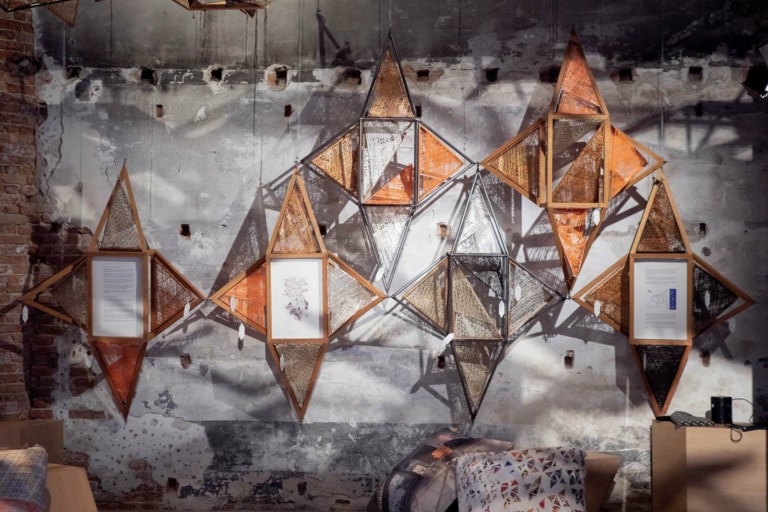 "The American hardwood forest, which occupies some 120 million acres in the United States, has been well managed by successive generations of smallholders. The trees are selectively harvested and replaced with natural regeneration. The wood grows at a much faster rate. higher than that with which it is mined and the forest increases by 401 hectares every year - the equivalent of a football field every minute”.

Says Venables: “Benedetta Tagliabue embarked on a journey with the American Hardwood Export Council to explore the potential of American species. This journey began with The Workshop of Dreams , where Benedetta collaborated with the executive director of the Pritzker Architecture Prize, Martha Thorne, to create a series of coffee tables made from sustainable hardwood from the United States.

And it then continued with Too Good to Waste , an installation presented at Milan Design Week 2017, which opened a dialogue on the need to use the different species that forests produce to achieve a real sustainability. That's why when it came to thinking about the material to use for Weaving architecture, American red oak was an obvious choice for EMBT, who had already had the opportunity to appreciate this beautiful species and its exceptional environmental properties”. 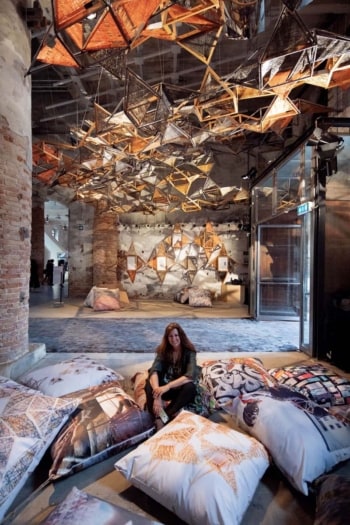 They explain from Rubner: “We are the fourth generation of a family business and we want to know where the wood and all the materials used to build your house come from. For this reason, over the last ninety years of our company's history we have created a production chain that allows us to monitor every phase of the construction of your dream home, from wood as a raw material to the completion of the house.

The wood we use comes from our Mezzaselva forest near Bressanone and from certified alpine forests. The wood is cut by us according to the highest quality standards, in our own sawmills located in Alto Adige, in East Tyrol and in Styria and subsequently worked in the companies of the group". 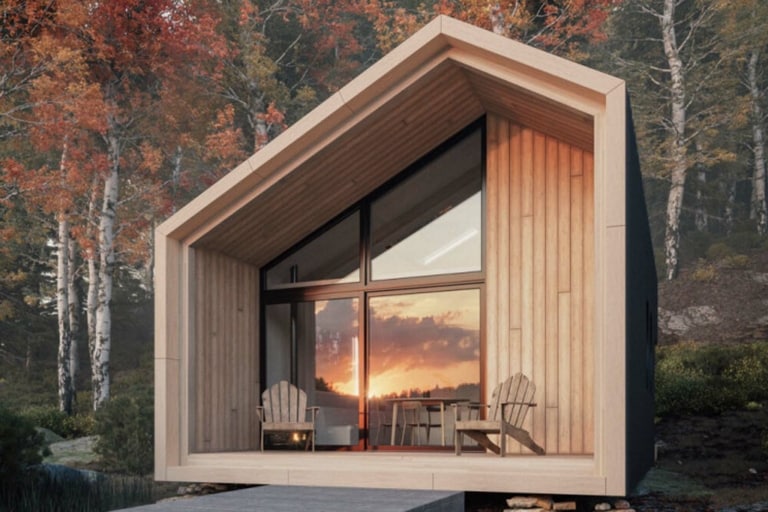 Building a wooden house means relying on certified companies and overcoming a bureaucratic process of permits which also means overcoming the distrust of safety: prefabricated buildings are in fact durable and anti-seismic buildings, with reduced construction times and the guarantee of a certain price to the buyer.

This trust explains the rising numbers photographed by the fifth Houses and Buildings Report made for Italy by Assolegno: the sector is worth 1.35 billion euros to production up by 2.3% compared to the previous year. About 3,300 wooden buildings were built in 2019 and the share on building permits is 7%. Italy exports 60 million euros of wooden buildings.

Internationalization is 20%, while Lombardy, Veneto and Emilia Romagna are the areas where the greatest number of buildings with wooden structures are concentrated. But the most significant novelty is that the market begins to structure itself also in large areas of the Center, starting with Tuscany, Lazio and Marche, reaching even southern regions such as Puglia and Sicily. 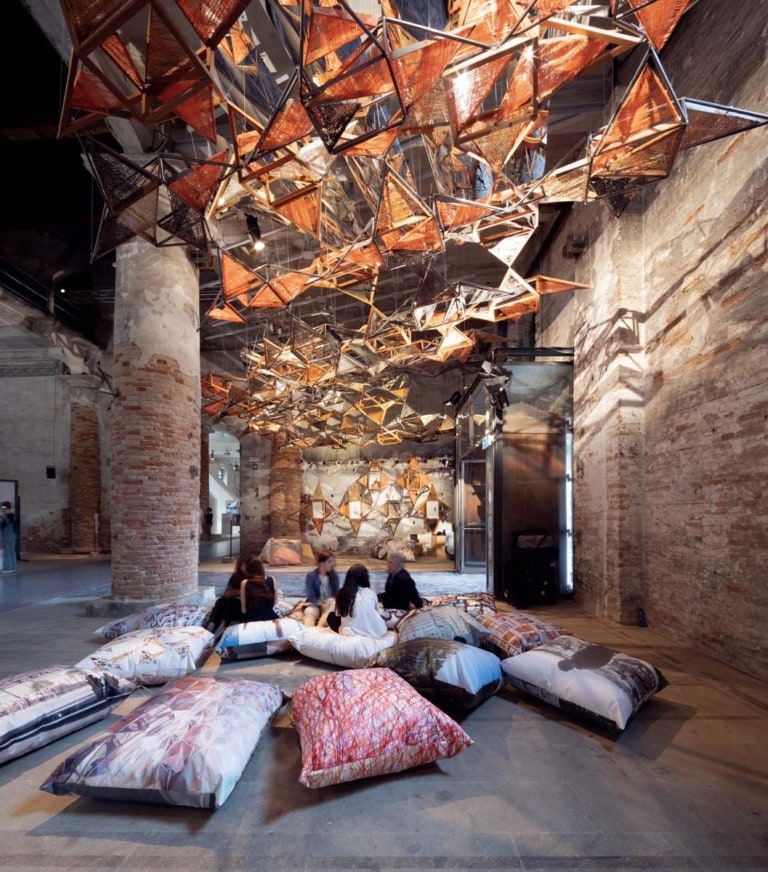