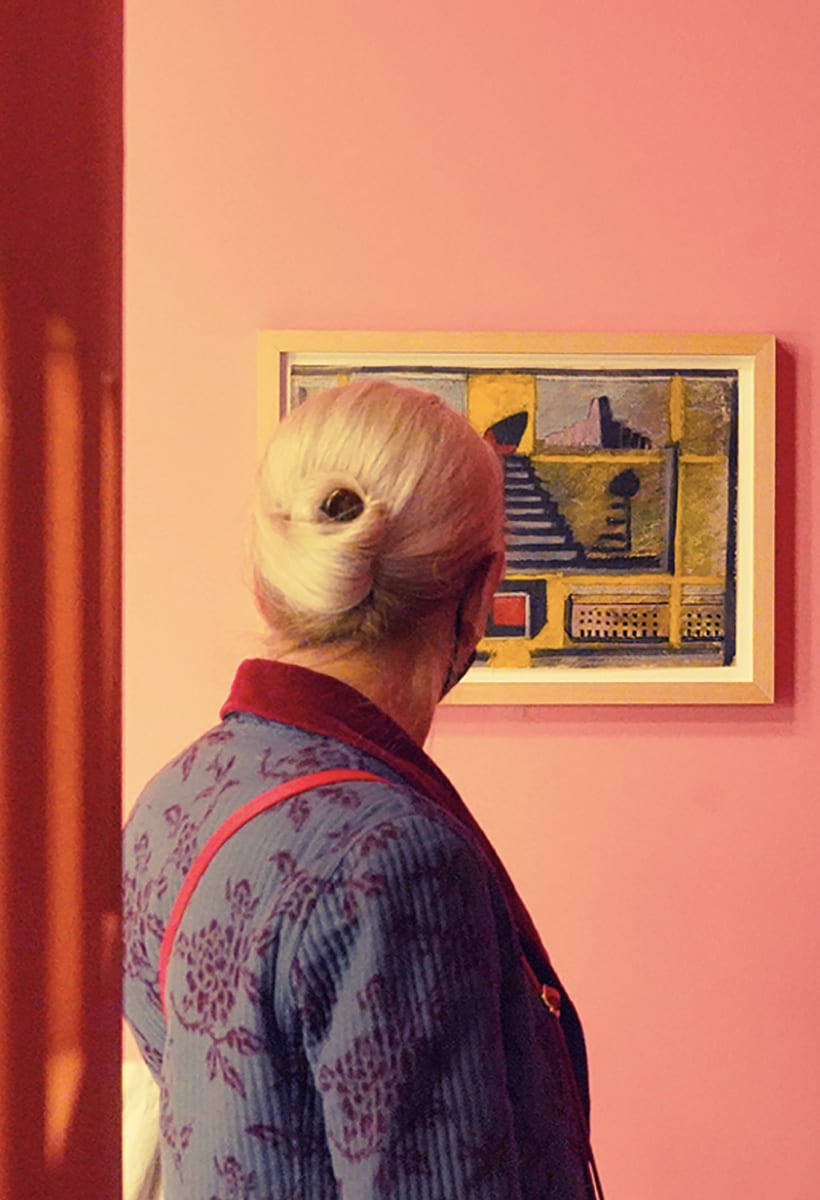 Summer
Summer in Milan: what to do and where to make the most of the design city

From the 23rd International Exhibition of the Triennale to the review on video mapping, light art and immersive works at the Meet, here are the events not to be missed in the city until September

In summer in Milan? Don't worry, the city offers shelter from the scorching heat and turns into a lush oasis of creativity. From museums to galleries, from palaces to cultural centers and foundations, there are in fact numerous places where you can take a refreshing break and nourish the soul immersed in suggestive settings and discovering projects by visionary authors.

Since 1923, the Triennale di Milano has been an institution for lovers of design and architecture, which offers a very rich program even in summer.

Among the events not to be missed, the 23rd International Exhibition, up to December 11, which seduces and intrigues with its enigmatic title Unknown Unknowns. An Introduction to Mysteries , by Ersilia Vaudo, astrophysicist and Chief Diversity Officer of the European Space Agency, with the architect Diébédo Francis Kéré, Pritzker Prize for Architecture 2022.

More than one hundred works, 23 pavilions of which 6 dedicated to the African continent, projects and installations by artists, researchers and designers (also involving playwrights and musicians). The thematic exhibition starts from the Socratic saying "I know I don't know", confronts the unknown and tries to answer the many questions that surround existence and the universe, from the evolution of the city to the oceans, from genetics to astrophysics.

The plus: the installation, conceived by Space Caviar and created by WASP, is entirely created through 3D printing using only materials of natural origin , and largely derived from by-products of the agri-food industry.

Read also: 23rd Triennale: what Unknown Unknowns is about 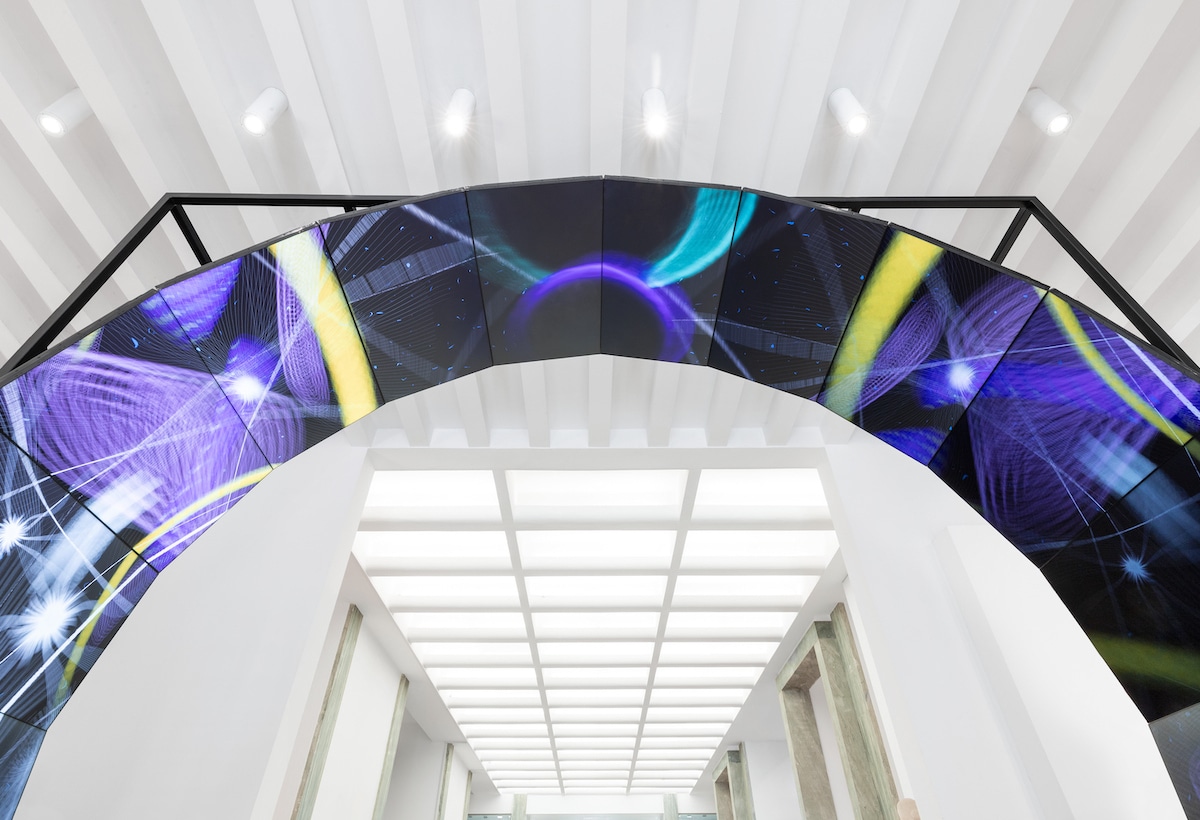 Joe Colombo at the GAM, via Palestro 16

At Gam, Gallery of modern art, of via Palestro 16, the inventions of the brilliant Joe Colombo (1930 - 1971), a visionary architect and designer who died at the age of 41, shine as though in just a few years, especially from the Sixties to the Seventies, he designed futuristic solutions that are still very modern today, just think of the space-saving and transformative solutions such as the MiniKitchen box-kitchen for Boffi and the Boby trolley by B-Line.

The exhibition is called Dear Joe Colombo , you taught us the future, it can be visited until September 4th, and is curated by the architect Ignazia Favata, historical collaborator of Joe Colombo, and organized by Suazes with the Galleria d'Arte Moderna di Milano and the Joe Colombo archive. 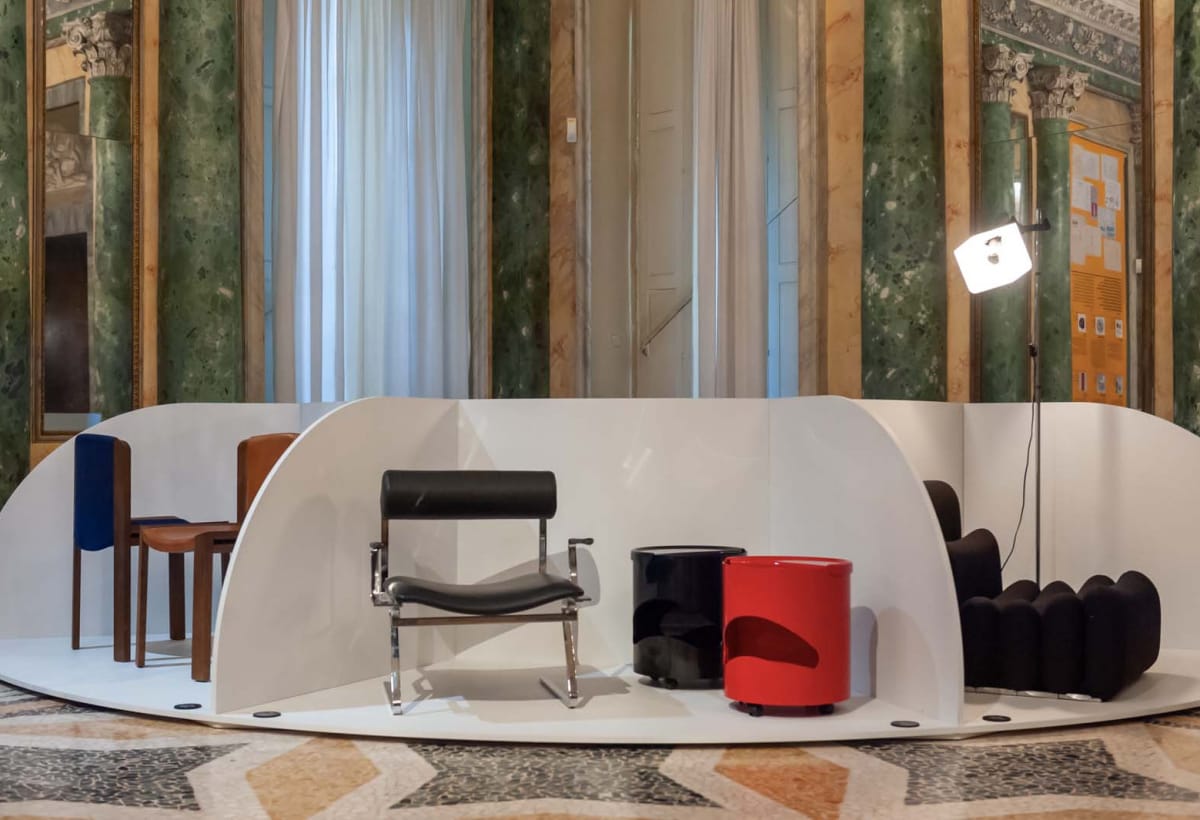 At Museo del Novecento, until 2 October, spotlight on Aldo Rossi. Design 1960-1997, curated by Chiara Spangaro, in collaboration with the Aldo Rossi Foundation and Silvana Editoriale.

An opportunity to get to know all of Aldo Rossi's production, deepening the figure of the architect, designer, theorist and critic, one of the protagonists of the visual culture of the twentieth century.

For the first time, over 350 furnishings and objects of use, prototypes and models, paintings, drawings and studies designed by 1960 to 1997, from the first furniture made in 1960 with the architect Leonardo Ferrari, to the collaborations with Alessi, Artemide, DesignTex, Bruno Longoni Furniture workshop, Molteni & C | UniFor, Richard-Ginori, Rosenthal, Up & Up (now UpGroup).

An extraordinary set of works brought together for the first time thanks to the dialogue and collaboration with museums and company archives (Alessi Museum, Molteni Museum, archives of Bruno Longoni Furniture Atelier and Up Group), Italian and international museums (from the Center Pompidou in Paris to the MAXXI in Rome, just to name a few); Universities such as the Iuav of Venice and several private collections. 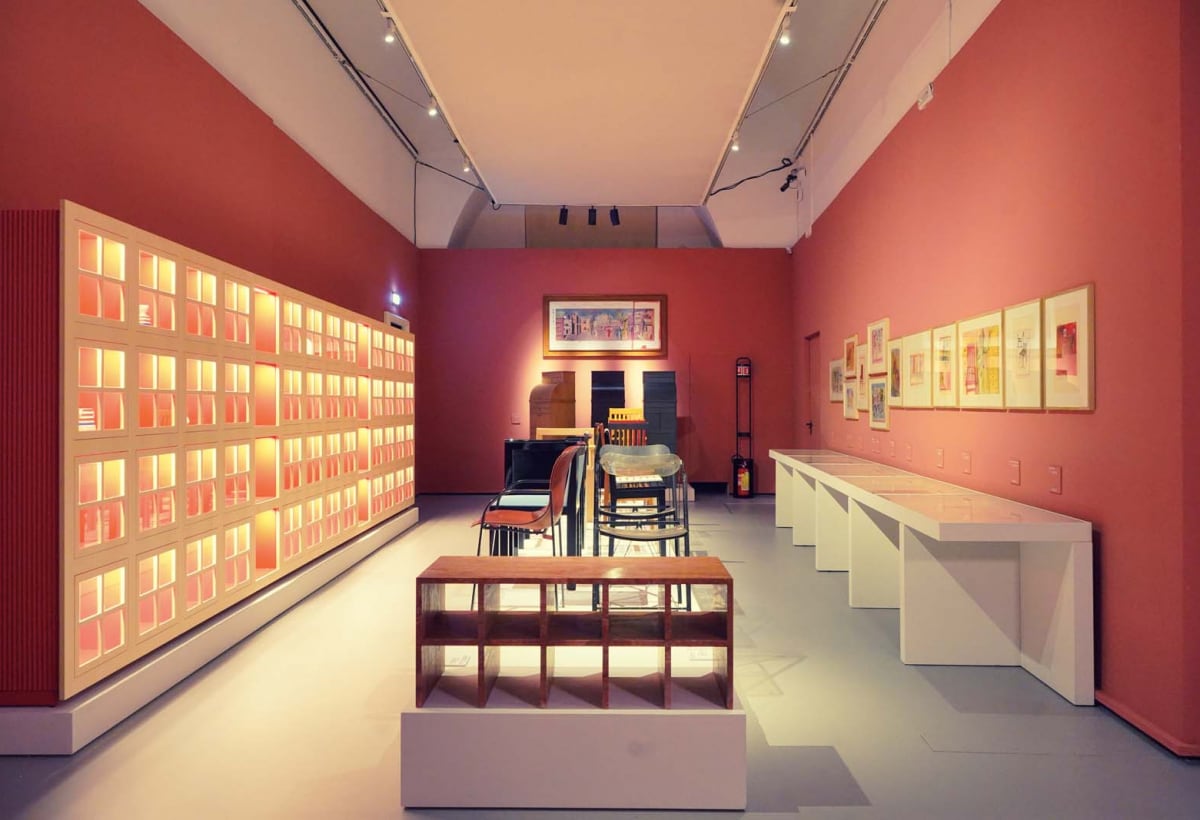 Inaugurated in 2021 in what was a horse-drawn tram depot in the 1930s, now restored, the ADI Design Museum is the home of Italian design. Commissioned by Adi, the association for industrial design, the museum houses the historical collection of the Compasso d'Oro Award, a unique corpus of 2500 projects which retraces the most important stages of made in Italy design through its most significant objects.

The ADI Design Museum is not a museum crystallized over time but a meeting space, with a cafeteria, bookshop, meeting places, a lively cultural center animated by temporary events and exhibitions alongside the permanent ones. Until 11 September it is possible to discover the winners of the XXVII Compasso d'Oro, a collection of the best of the most recent Italian productions, awarded the prestigious award in June 2022.

Every Wednesday and Saturday at 18.30 there is a free guided tour included in the ticket. 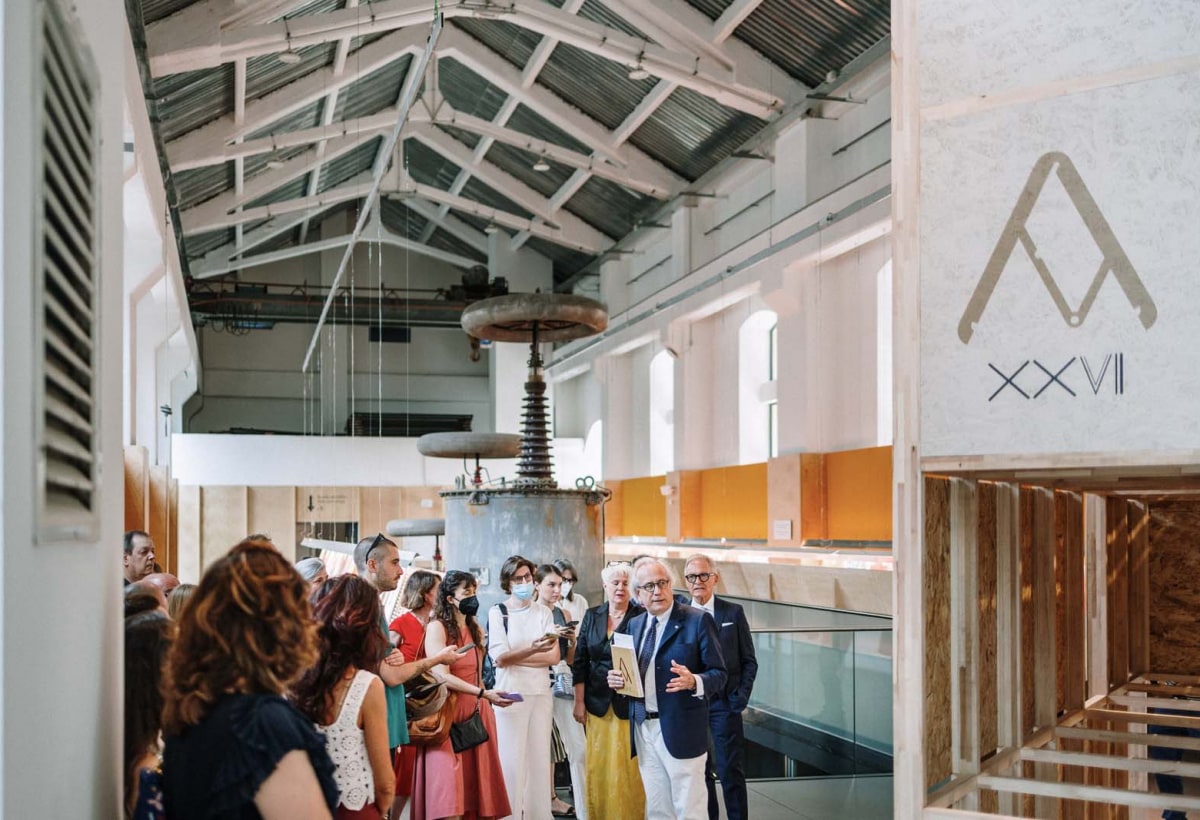 His shots of the Dolls, the seats designed by Mario Bellini in 1972 for B & B Italia, with an attractive Donna Jordan lying with bare breasts, they shook the world of (too plastered) furniture communication like a creative earthquake.

We are talking about Oliviero Toscani, one of the most revolutionary and controversial photographers of our time, to whom, until 25 September (also opening on August 15th), Palazzo Reale dedicates the exhibition Oliviero Toscani. Photographer profession.

"A gift for him and for us", says Mayor Sala, "to be admired throughout the summer in the most prestigious museum in Milan, Palazzo Reale. The retrospective, curated by Nicolas Ballario, promoted and created by the Municipality of Milan, Palazzo Reale, Arthemisia Arte e Cultura, tells in images sixty years of career.

A journey that starts from the initial works, less known, and pays homage to the international successes collected by one of the most acclaimed photographers in the world. The exhibition highlights the incredible artistic talent of Oliviero Toscani and his language capable of contaminating worlds and codes, to give even more prominence to social issues such as equality between different ethnic groups, war , the fight against homophobia, awareness of AIDS".

As the curator Nicolas Ballario points out, "in this exhibition there is no sequence, there is no chronological order, there is no logic. More than in an exhibition seems to enter the mind of Oliviero Toscani, in an infinite flow of a man who changed the history of photography". 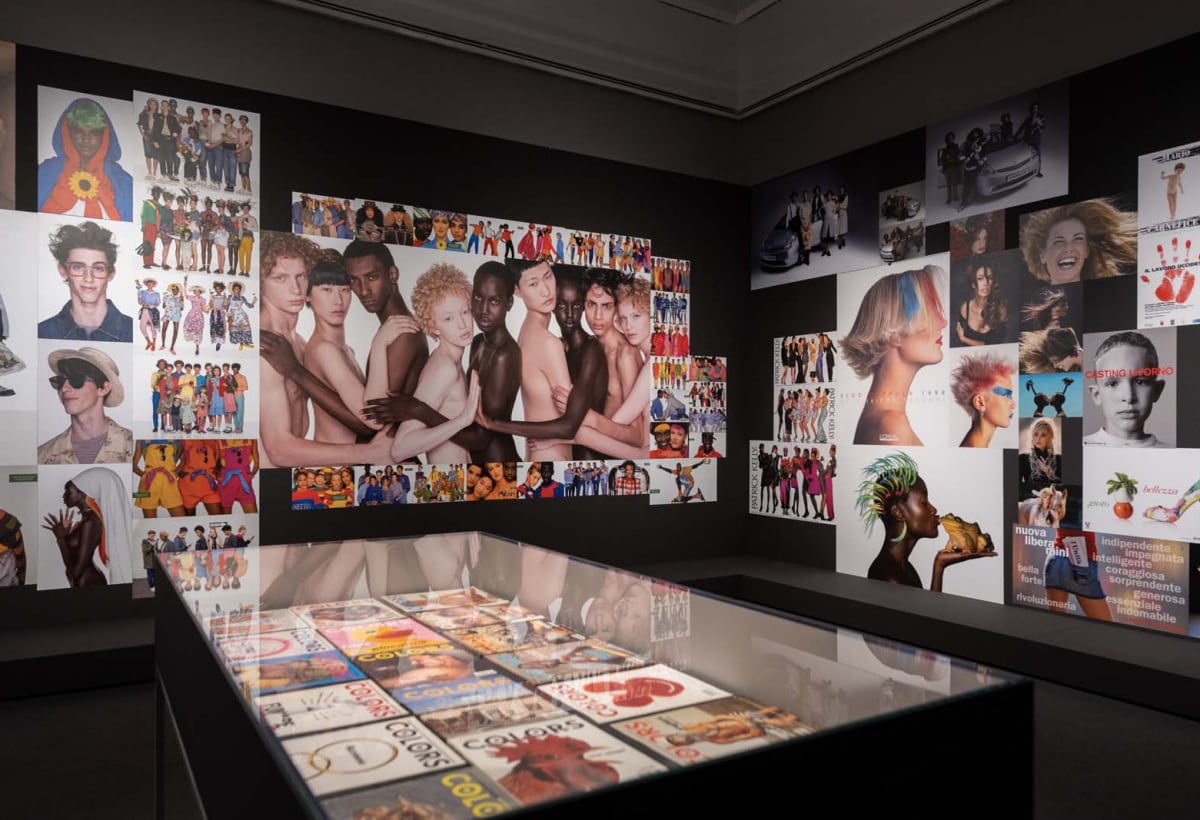 Not a design museum in the strict sense, but an (unmissable) place where contemporary art, photography, cinema and science converge.

On display at Fondazione Prada, until 22 August, Useless Bodies? by Elmgreen & Dragset, an exploration of the human body in the post-industrial era, in which our physical presence is losing its centrality or is even completely superfluous. This change has an impact on every aspect of our life, from working conditions to health, from interpersonal relationships to the way we live in the public sphere.

Elmgreen & Dragset tries to investigate and recover the importance of physicality in future social realities, and it does so by staging different daily sets (the gym, the house, the office or the museum itself) through a sequence of immersive installations and new works.

Read also: We talked about the body with Elmgreen & amp; Dragset

Until 11 September, the Sozzani Foundation sheds light on the radical pieces of Poltronova with the exhibition Afro – Tyrolean Kitsch.

The protagonists are the cult productions of the Tuscan company led by Roberta Meloni, such as the animalier sofa Safari (1967) by Archizoom Associati, then advertised as "an imperial piece in the squalor of your home", but also the floor lamp Sanremo (1968) and the sinuous seat Superonda Farfalla (1967) also by Archizoom, interested in the theme of Afro-Tyrolean kitsch.

Among the creations on display, there is also the Gherpe table lamp (1968), the luminous object Passiflora (1967) manifesto of Radical Design, the series of photo frames and small mirrors Ofelia, Spera and Vanitas (1968 ), the T02 coffee table (1968), and the Sofo armchair-sofa (1968) by Superstudio, the sculptural and playful seat in the shape of a baseball glove Joe (1970) by De Paz, D'Urbino, Lomazzi, and Ultrafragola mirror-lamp (1970) by Ettore Sottsass, which with its wavy frame evokes a female hair. 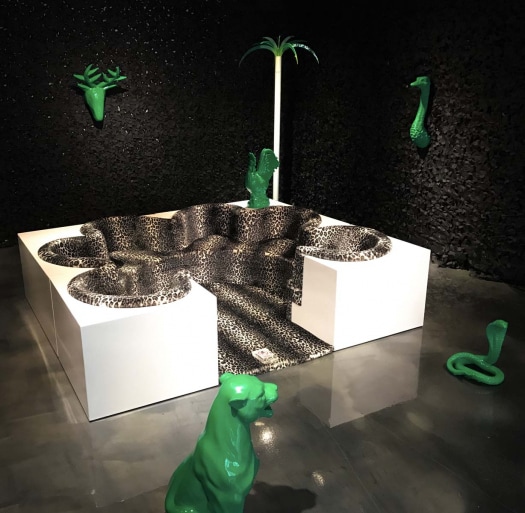 MEET is the international center for digital art and culture in Milan, born with the support of Fondazione Cariplo, with the mission of bridging the Italian digital divide in the belief that innovation is a cultural fact, even more than a technological one.

A space of 1500 square meters that hosts until August 31 the Italian Digital Art Experience, curated by Stefano Fake in collaboration with Bright Festival, an anthological exhibition of digital projects - from video mapping, to light art, to immersive works - produced in our country and collected in a traveling project commissioned by the Ministry of Foreign Affairs and International Cooperation, to enhance the world Italian creative studies characterized by the ability to innovate, experiment and develop new forms of artistic expression.

"The Italian Digital Art Experience, for the first time, collects the work of many studios that represent realities of excellence at an Italian and international level and are an example of the various forms in which digital art is expressed", says the curator Stefano Fake.

"In recent years we have witnessed the growth of a new generation of creatives, designers and artists who have been able to experiment and innovate: their work has certainly been favored by technological development, but their works transcend the purely technical aspect, to reach new and surprising aesthetic results". 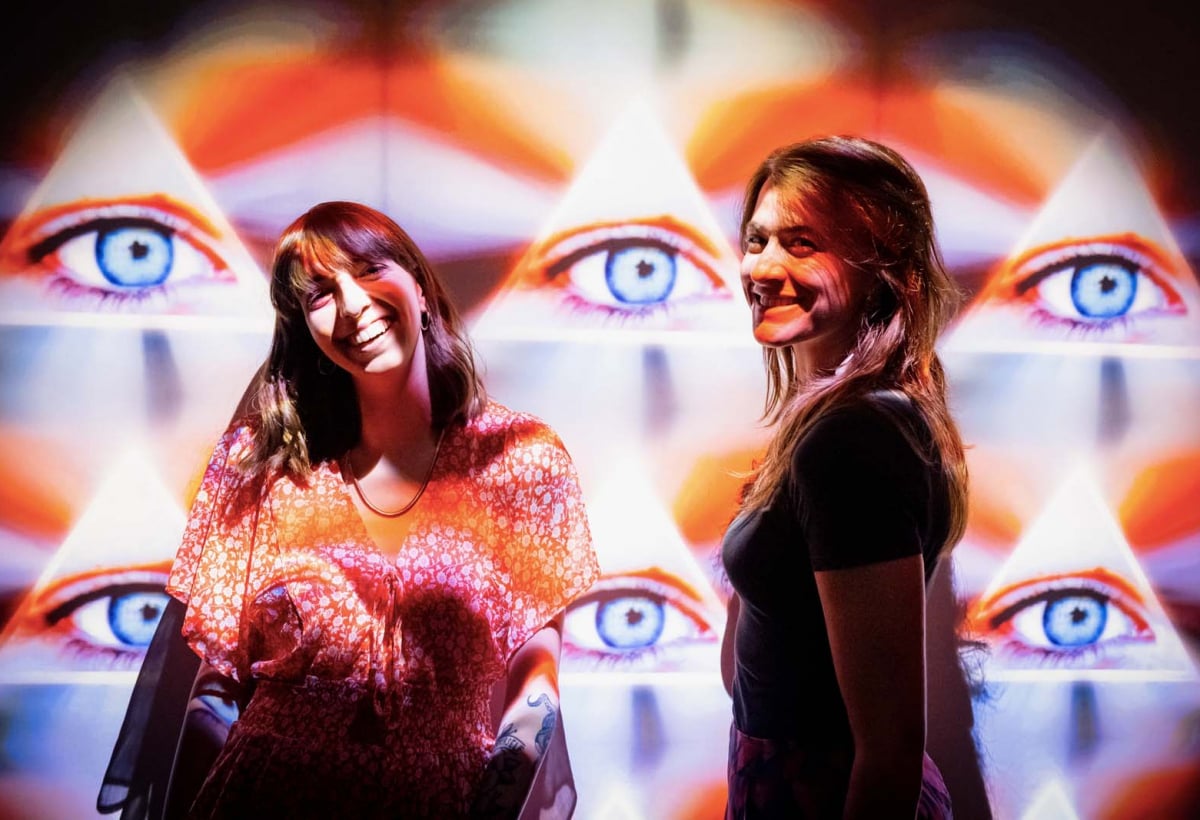 Charlotte Perriand at the M77 Gallery, via Mecenate 77

Although it closes from 6 to 30 August, for those who are in Milan at the end of July or September, we would like to point out the Charlotte Perriand exhibition. The avant-garde is woman at the M77 Gallery in via Mecenate 77, up to 25 September.

An exhibition project, curated by Enrica Viganò in collaboration with Archives Charlotte Perriand , Admira and Cassina, which tells the story of the eclectic French designer and photographer, collaborator and friend of Le Courbusier, putting her photographic production of the Thirties in dialogue with a selection of furniture produced exclusively by Cassina.

Daughter of the avant-garde of her time, pioneer of modernism and tireless traveler, Charlotte Perriand has experimented with a great plurality of languages ​​(architecture, design, urban planning, photography, politics and civil commitment) going beyond conventions and proposing a new and revolutionary way of thinking about life, shapes and space.

The exhibition, divided into thematic areas, aims to offer a detailed survey of the main aspects that characterize Perriand's work and sensitivity, including her rich production photographic, like the shots of the much-loved mountains, the portraits of his closest friends such as Le Corbusier and Fernand Léger, the natural objet-trouvés, often found on Normandy beaches, photographed in still life mode.

The plus: for the first time in Italy it is possible to see Creer l'Abitat au XXe Siecle, a documentary film curated by Jacques Barsac (writer, director and husband of Pernette, daughter of Perriand), a video made in 1985, with the participation of the then 82-year-old Charlotte, which in 57 minutes traces her career, her life, her struggles and successes. 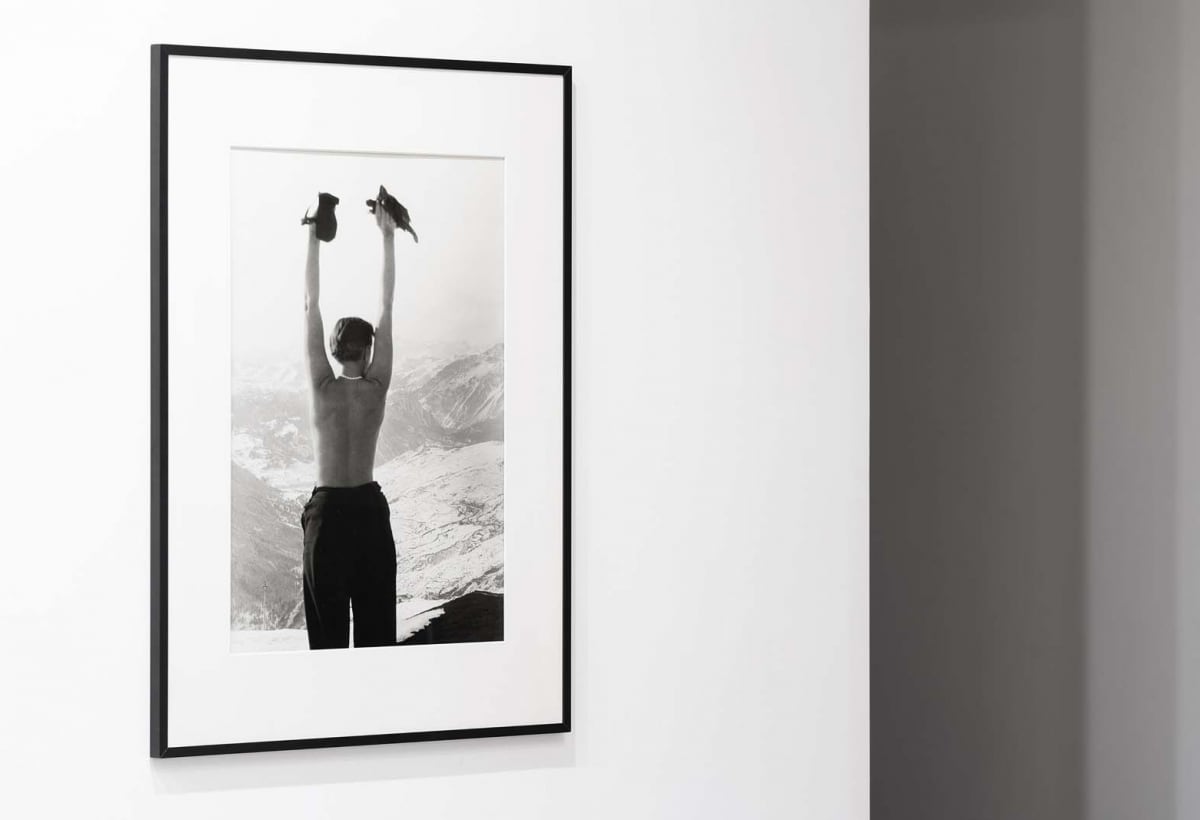 The Leonardo Da Vinci National Museum of Science and Technology has recently inaugurated Technological Mosaic, a new permanent exhibition section dedicated to the modernization of the country in the second half of the twentieth century.

On display over 200 historical, familiar and unusual objects, which are presented side by side, like tiles in a large mosaic: ranging from Olivetti ELEA 9003 from 1959, one of the first fully transistor computers, on the front of the Fiat Nuova 500 from the 1960s, to the Ignis refrigerator model 6215 from the 1950s, to small appliances of the second half of the twentieth century branded Girmi, Bialetti, Omre, Termozeta.

Up to the imposing Quadro Synoptic, that is the terminal of a remote control and remote control system for monitoring and managing the Snam network, developed since the 1940s for the transport of natural gas in Italy.

Sicily: where to go if you are passionate about design

Sardinia: where to go if you are passionate about design