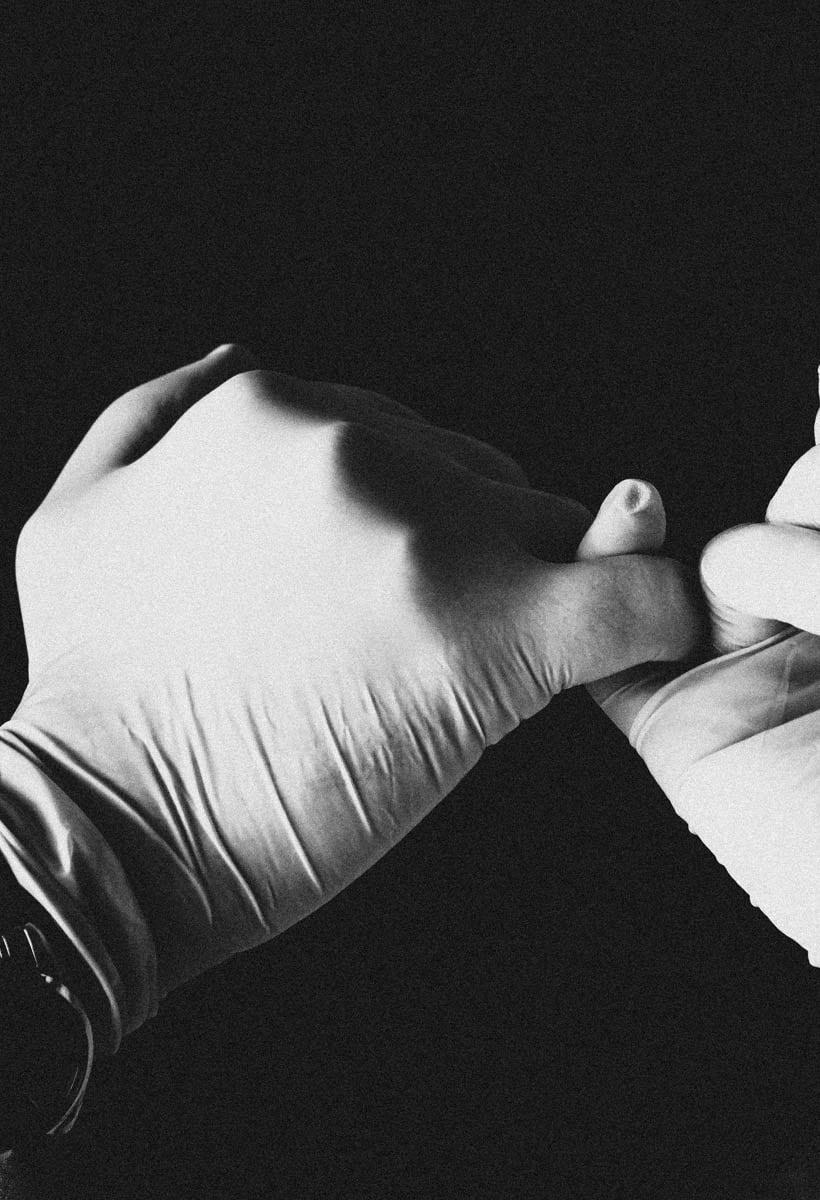 The best part of globalization is cooperation

Cloud
#design
The best part of globalization is cooperation

Distributed production, shared design, open innovation: Covid has taught millions of people to do things together with greater intensity and creativity. And to give a new meaning to the term globalization

*Enrico Bassi is the coordinator of OpenDot, the fab lab and research hub on open innovation and participatory design, founded by the interaction design studio Dotdotdot, based in Milan.

The strange period we are going through shines a beacon on certain aspects that were never considered of importance for designers. Now we understand: they were like a pain in your knee that you ignore, only to find that walking is not so easy.

First of all, the lack of flexibility of the production system has come to the fore. Industrial production is a wonderful contraption, precise, rhythmical, constant; but it can easily grind to a halt when it has to be quickly altered. The system is gauged to do exactly one thing, for an exact number of times, using a specific quantity of raw material each week, fitting into a specific space in the warehouse, and taking just the right amount of time to reach dealers. Did we sell less? Then we need to boost advertising, because idle machinery costs money. Has demand grown? Time is needed to adapt. 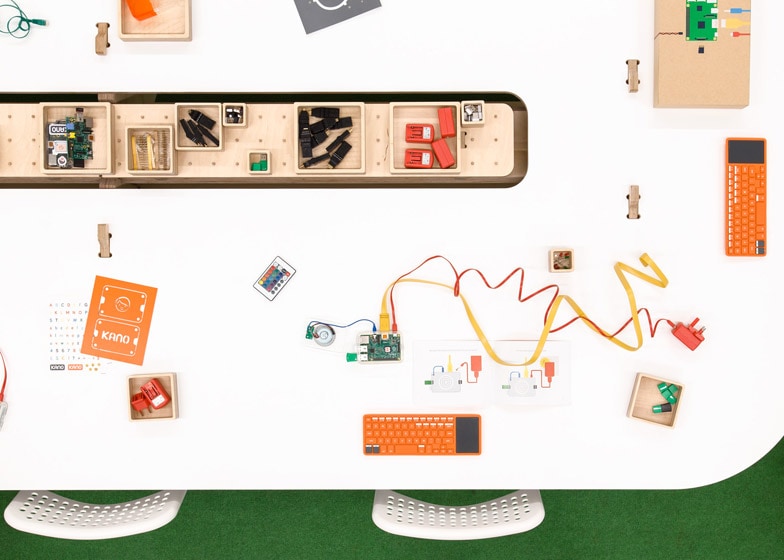 Meanwhile, small studios, fab labs and makers concentrate on finding and producing solutions to react to the emergency. These are initiatives that this type of person – also operating in the digital fabrication lab I direct, OpenDot – has been implementing for years, collaborating with industrial companies, an international network and institutions of all kinds. In this period these initiatives have expanded by leaps and bounds, involving more and more people, in increasingly well-organized and bigger groups. Some are coordinating dozens of projects, hundreds of ideas, tens of thousands of people. The most outstanding case is Open Source COVID19 Medical Supplies (OSCMS), a group created in the USA at the beginning of March, which in a couple of months has brought together 75,000 people including makers, physicians, nurses, lawyers, engineers and developers, around a shared objective: to support the front lines of healthcare during the emergency, and to provide solutions not available in that moment. The project is impressive in more ways than one (I was amazed by the speed of its structuring, the number of solutions found and the wide range of types of expertise involved). But in their weekly updates they practically report only one thing: how many and which pieces were delivered. Not by chance, they call it the “Global Production Dashboard.”

Looking through their projects, including solutions that began at MIT‌ and others based on military patents from the 1970s, we see the names of people who were featured at international conferences last year. But there is no focus on these superstars; it is about what the community manages to do: the subject is impact. For the record, their last report included this figure: 3,958,939 pieces produced (and delivered) in 5 weeks. I believe no other company in the world could reach such a result in the same time, and starting from scratch. 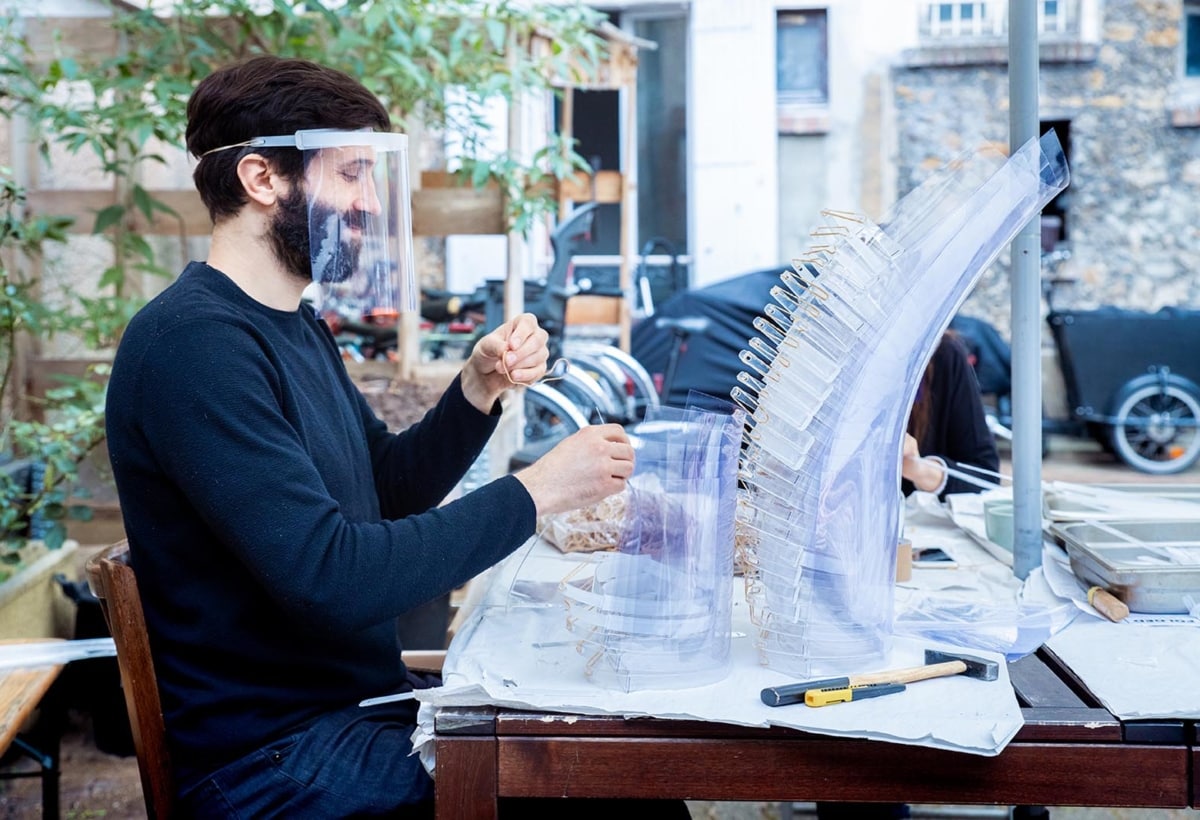 The second key point can be summed up in the phrase ‘selection vs. emersion.” Generally, the projects that become products are selected through a more or less linear process, by experts or key corporate figures. In communities, on the other hand, projects ‘emerge’: anyone can express more or less interesting ideas, and some survive better than others, because they are easier, quicker, already widely in use, convenient, durable, more effective. There is no jury, no marketing division or selection committee. Anyone can take part, anyone can have the best idea. Often the ideas that survive are those in which people put the most energy and time, giving them a chance to develop and grow.

The best example that comes to mind is that of the Intubation box, a protective screen for intubation, reducing the risk of spreading the virus during one of the most critical phases of treatment. The idea came to a doctor from Taiwan. A couple in Arizona picked up on it, documented and spread it, after which a thousand versions appeared. At OpenDot we too designed a couple of them to facilitate use with the video laryngoscope, and we delivered them to two hospitals in Lombardy. Who is the creator? Where is the signature of the designer? Who deserves thanks? It is not easy to answer these questions, and maybe it doesn’t even matter. What is important is for the thing to get quickly to the people who need it. 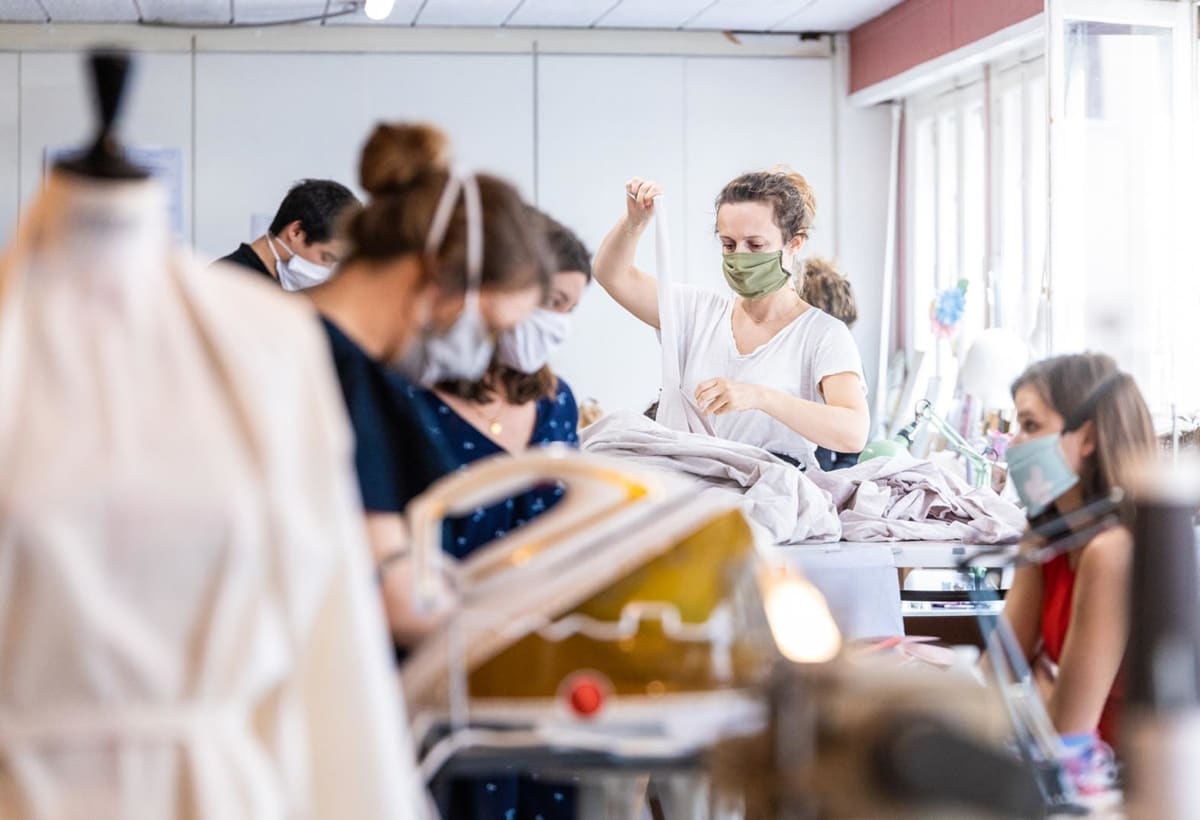 The next key aspect is connected to this: open innovation. Let’s take a famous case: the Charlotte valves to convert snorkeling masks into respirators. We have all seen the project of Isinnova, a Brescia-based startup that works on innovation, and the photograph of the first test done in a hospital. It’s a great story, and those involved reacted to a situation of emergency with generosity and bright ideas. That’s the tale that made the papers, but what happened later is even more important. In the span of just a few days, many labs around the world and other companies had already created similar products, following Isinnova’s example. This made it possible to spread the project, and this is what generated its impact! I’m reminded of the old riddle, “if a tree falls in the forest and there is no one to hear it, does it still make noise?” We should ask ourselves more often: if a project doesn’t reach people, if it doesn’t even slightly improve someone’s life, how can we assign it value? What good is it? 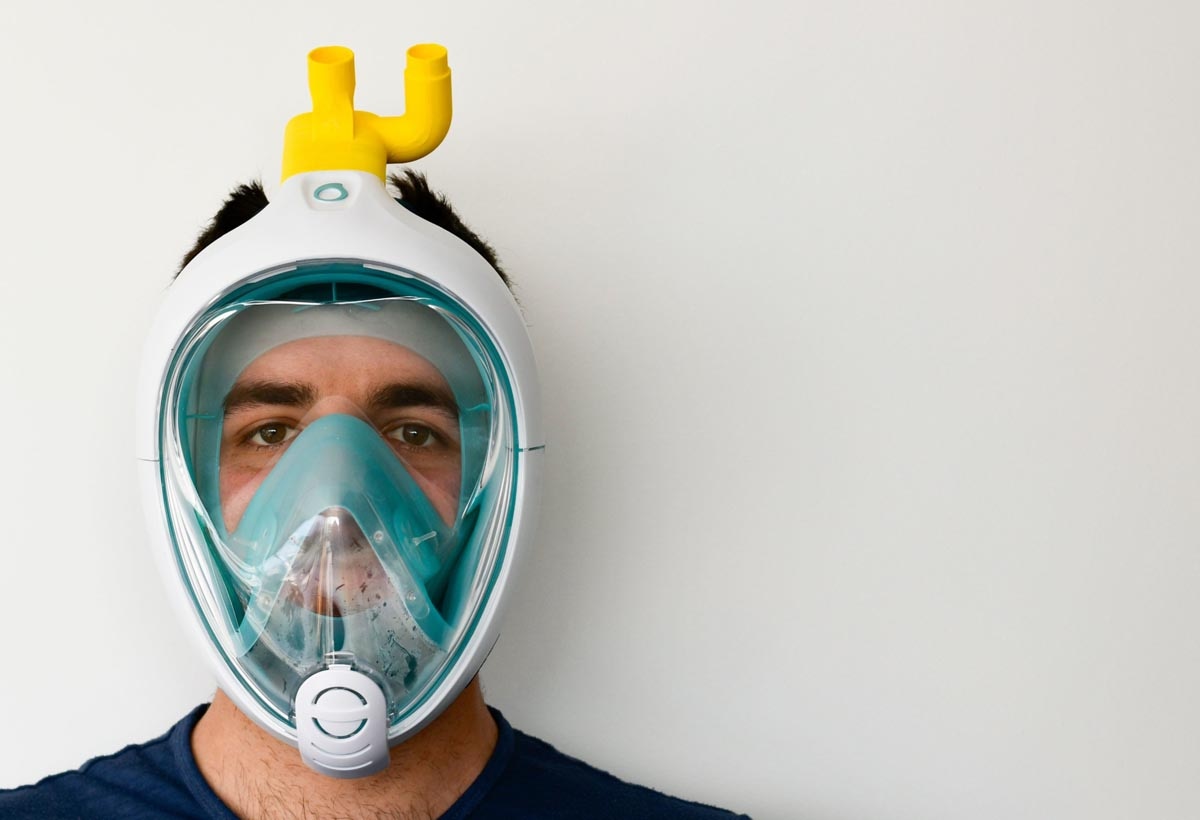 2
Ph. Courtesy Innova - Easy Covid-19, the project of the start-up Isinnova that has transformed the diving masks, sold by Decathlon, into respirators thanks to a modification made possible by 3D printing. Ph. Courtesy Isinnova

Of course we have to look at the facts of the present in perspective, with respect to the past and the future. In the first case it’s easy: something that previously seemed scattered, amateurish and confused got aligned on a common objective and demonstrated a capacity for quick, widespread creative and concrete response, which no one else has been able to equal.

Looking to the future is a bit harder, because we still lack key passages before this exception can become a constant reality. But we can imagine certain key aspects: production technologies will continue to improve; developing a project together (even at a distance) will be easier; keeping track of (and compensating) the multiple contributions needed for the development of a solution will no longer be impossible; the system of certifications and validations will also reach the point of regulating (without killing it, we hope) this world of informal, fluid innovation.

In such a scenario it is easy to understand that what Covid-19 has brought to the surface could expand into other areas and become a partial but permanent alternative to design and production as we have known them so far. 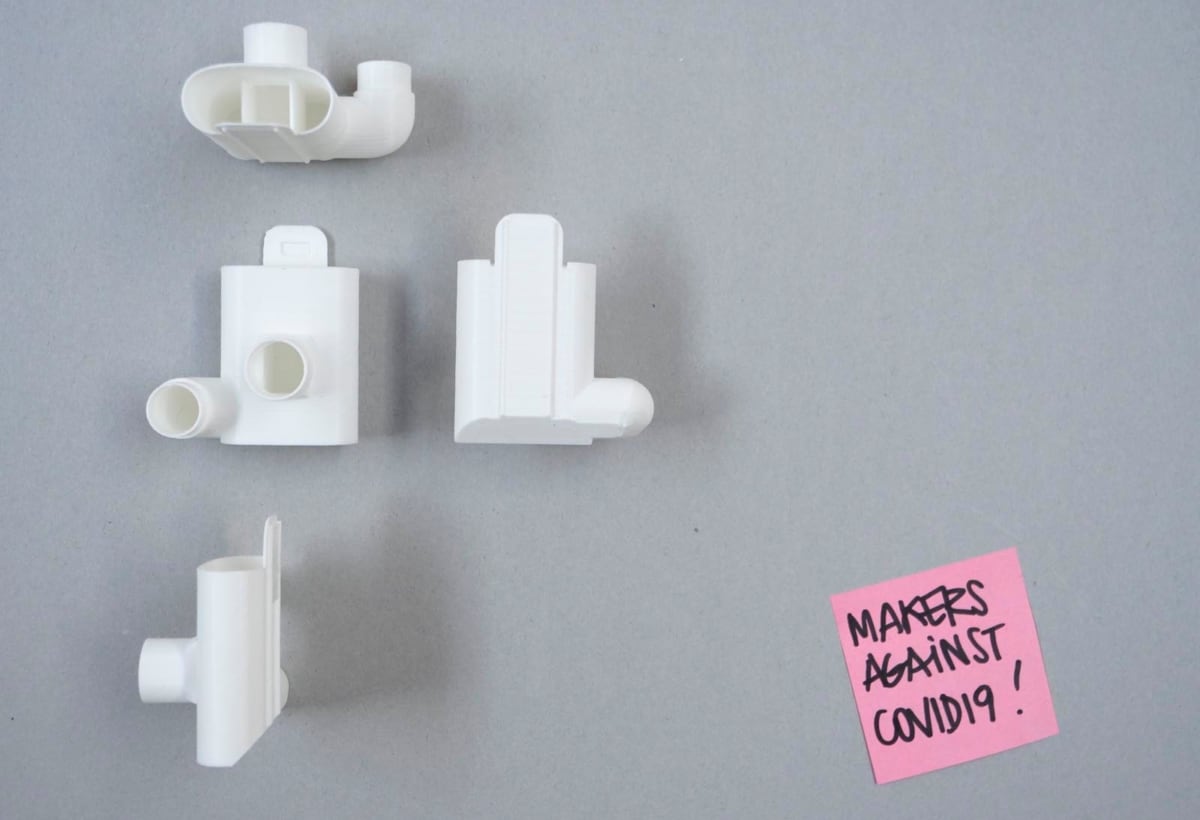 Someone might say, “all this has nothing to do with design or designers.”

These are opinions, because it depends on what we believe the work of the designer really is. Personally, I think that in recent years there has been a silent and very important change that has transformed design into something that is more like the study of the English language than that of mechanical engineering. Those who translate from English represent a small percentage of those who have studied and speak English; the others use it as a tool to do something else better. Journalists, voice actors, tour guides, researchers, etc., can all benefit, accessing or producing content for which English is essential. Nevertheless, translating is not their main activity.

So, if you want to be ‘translators’ of design, the designers who work with companies to invent and produce new industrial products, this change will not be of much interest. At most, over time, there will be a reduction of certain markets, because the tastes of the public are changing.

If, instead, the most precious ability you have gained in your work as a designer is the ability to find creative solutions to complex problems, establishing a dialogue between aesthetics and technique, production and usability, then there are lots of things out there that need to be done and changed. The communities and projects I have described need the contribution of design experts, of people who know about ergonomics, ease of use, the architecture of information, people who have read Mari and Norman, who bring beauty, elegance, efficiency, creativity and pleasure even when the tools of production are still not quite ripe. They need to collaborate and to know how to make the people with whom they work collaborate at their best, though this means not being the only person with a signature on the project. Even if it means designing a process rather than an object. Or perhaps the global response to an unexpected problem.