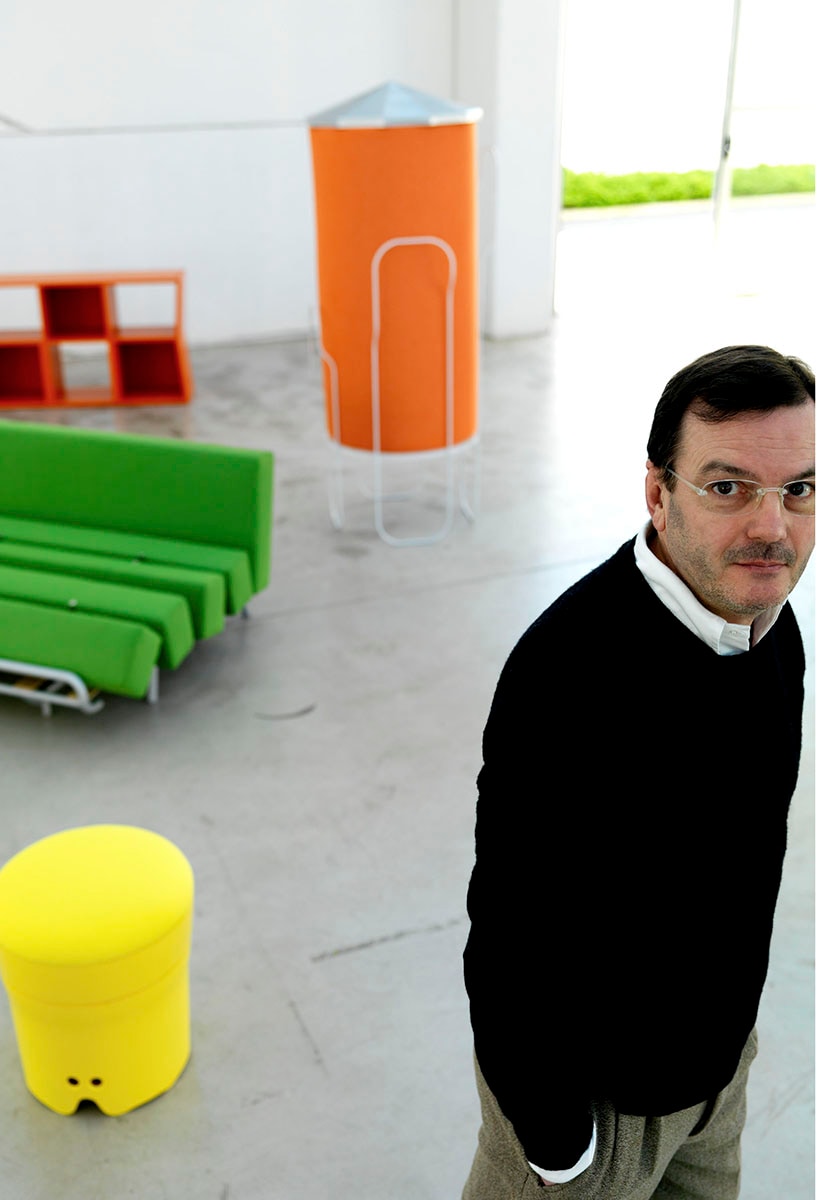 Claudio Campeggi, the entrepreneur of transformable furniture, passed away on 1 July. “He created a happy island for design”, say the designers who worked with him

Inventiveness, play, innovation, irony. And the courage of the entrepreneur who knows how to dive into the right challenge. This was the world of Claudio Campeggi, who passed away on July 1st at 69 years of age. A bright world, "a happy island for design and designers", to say it with Denis Santachiara, historical signature of the Lombard brand. "An enlightened, modest and courageous man and, not negligibly, very pleasant to be with," said Gilda Bojardi, director of Interni. “He will be greatly missed”.

That of Campeggi, founded by Claudio's father in the 1950s, is the story of a company that managed to combine the luster of the noble fathers of design, from Vico Magistretti and Italo Lupi (author of the brand image) to the freshness of young talents, the many that the Como-based company has helped to launch with its collections of playful but never excessive and always useful pieces. 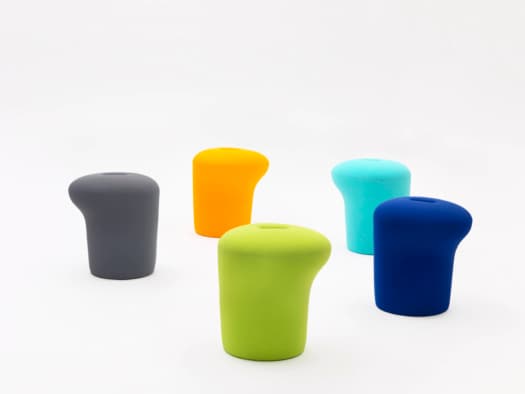 Claudio Campeggi had a declared enemy: boredom. To defeat it, he made an iron pact with the design. He became friends with the great maestros while cultivating relationships with the younger generartions. Perhaps they reminded him of himself entering the family business at the age of 19, when Campeggi was a brand specializing in sofa beds (at a time when nothing was transformable).

With his arrival in the company, the brand's know-how was enhanced and a fantastic world was born, made up of furniture that opens and closes like toys, inflatable poufs, armchairs with soccer goals and basketball hoops that fly towards the ceiling of the house. He had enrolled at the Polytechnic, Claudio, without finishing his studies, but from the university and the design and architecture magazines he had drawn the spirit that would inspire him throughout his career as an enlightened entrepreneur.

"He had talent, there is no piece of our company that was not born without his contribution" says Marco Campeggi, since 1978 his brother's right arm. “Armrests that stretched, feet that shortened: prototypes became pieces on the market only after his contribution. Claudio sensed the needs of the public and anticipated them, thanks to solid relationships with the masters that he cultivated in the factory, at dinner or in front of a coffee".

There was "Dr. Vico", for example, who showed up at the company asking for a "Brianza sky blue" color. It was from partnerships like the one with Vico Magistretti that emblematic pieces were born of a courageous, playful way of doing design, halfway between craftsmanship and industrial scale. Kenia, Magistretti's armchair with an aluminum frame that opens and closes with simplicity, exactly like an umbrella, dates back to 1995, when keywords such as modularity and nomadism were not yet in fashion. "Things change" repeated Claudio Campeggi, making it the title of the manifesto-dictionary that can be read on the company's website. 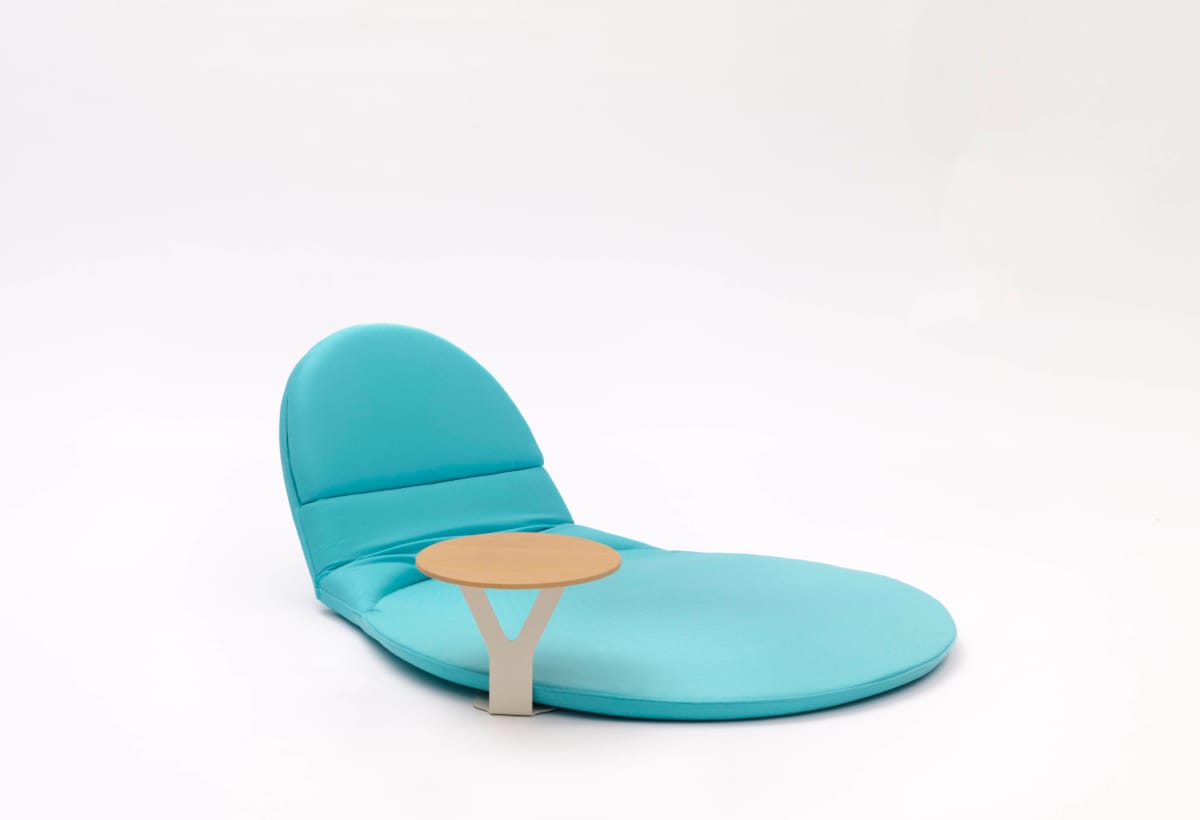 "Campeggi is a happy island especially for new generations of designers" says Denis Santachiara, who has signed a series of poufs for the Como-based company in line with the playful and functional aspirations of the brand. "For the younger ones, Claudio made courage and inventiveness available, with his typical love of the collector that pushed him almost to put on a gallery of different sensitivities, yet united by a unique approach and who knew how to look at the market".

Emanuele Magini tells us that he started collaborating with Campeggi when he was a young talent and within a few years he signed a series of brilliant pieces. “If you offered him something he liked, he started to produce it or at least prototype it. Immediately. Maybe this was the thing I liked most about him: in a world where designers learn to make halls from companies and to sell themselves for what they are not, with him things were simple, direct, authentic: a bit like the products that left his company. Claudio had the irony and inventiveness of the pieces he produced. His was a composed, subtle, elegant irony. I remember when we produced the first product together, Sosia. He had seen a project of mine at the Triennale, he called me into the company. I offered him this pair of armchairs joined by a sort of large cloak, which allowed different arrangements and an innovative and nonconformist free use. He immediately said to me: this is beautiful! He began to make prototypes: the problem was to make the cloak to be modeled. After several tests, when I now thought that we would do nothing, he called me on the phone and told me to go to the company. He welcomed me with a smile, he had made it! For Claudio, design was a territory to explore, something that could still give surprise and freedom, play and irony. I will miss our projects, our chatter about design and life. Very".