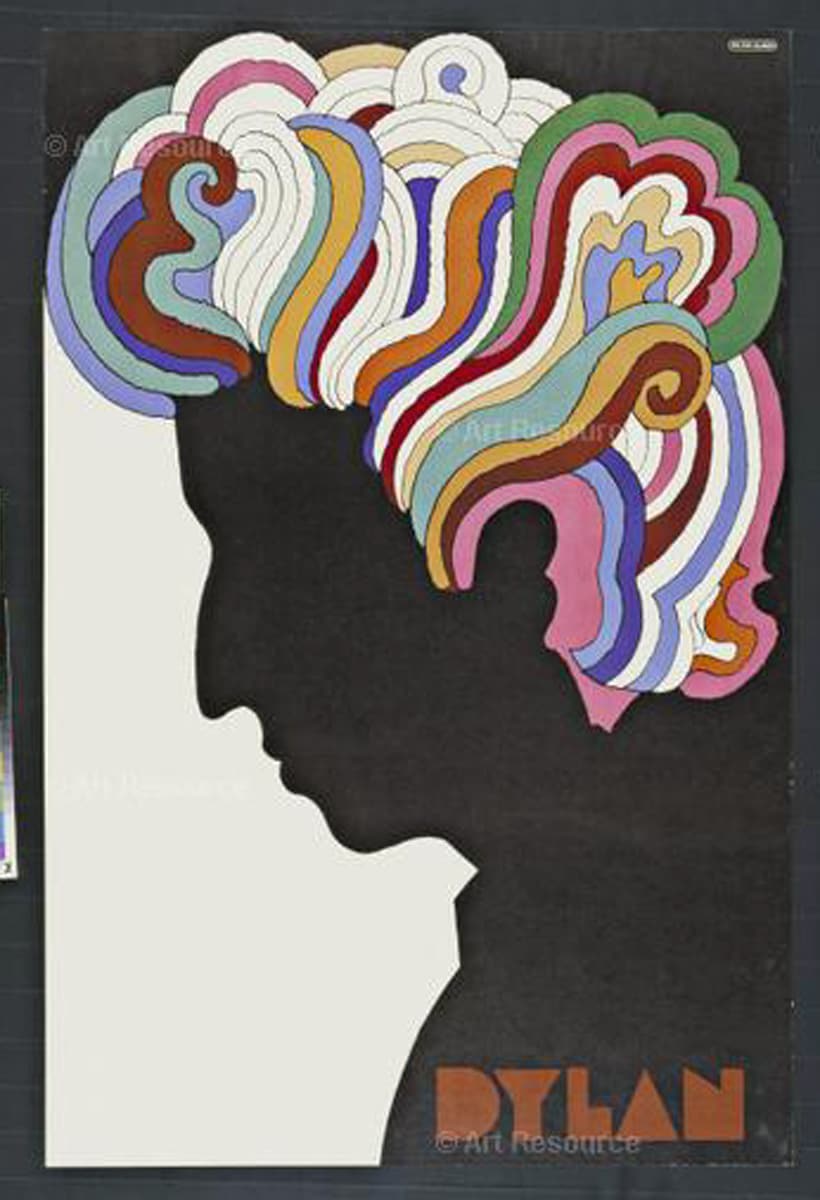 The graphic designer who created the ‘I Love NY’ symbol passed away on Friday in Manhattan, at the age of 91. Interni - for which he also designed a cover in 1995 - pays tribute with the remarks of those who knew him

I love New York is the logo that speaks of New York in the world. A heart and three letters: symbols that go beyond the boundaries of language, gender, people and religion. A universal message of love for a city, that has changed our way of promoting, narrating and experiencing the metropolis, all over the world.

Milton Glaser was the artist who created it, free of charge and by request of the New York State Department of Economic Development. He sketched it during a taxi ride in 1977. Not even Woody Allen could have invented a more New York story. Because behind I Love NY we can glimpse all the generosity of a man who wanted to support his city in a very trying time (it was a period of high crime rates and economic recession). And he decided to speak from the heart. No strategy meetings, no briefings, no presentations on the upper levels. Just a clear, emotional, sincere message, narrated with a language that mixes the rigor of graphic design with the emotion of drawing: making it universal and eternal. (Milton Glaser’s love for New York was recently reiterated in a short film made in March and presented at the Tribeca Film Festival, in which he narrates the ability of New York to survive and transform in all its phases, including the present one). 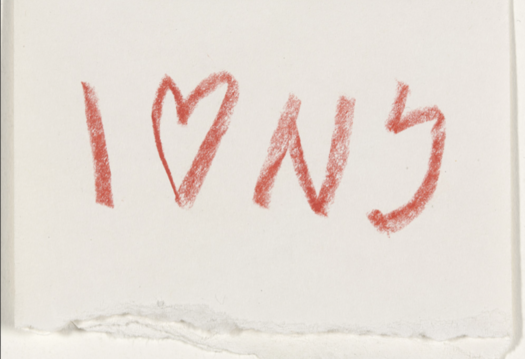 But Milton Glaser’s career should not be evaluated for this gesture alone. His great contribution to the history of graphic design was the result of a perfect contamination between painting and typography. In an era in which graphic art was marked by the post-Bauhaus ‘Swiss front’ – total rationality and rigor – Glaser invented and spread a new, still timely language in the world.

He said, for example, that he owed much to Giorgio Morandi, whom he met in Italy in his youth. From Morandi, Glaser learned to transform the world around him in a simple manger, making every gesture, every object into an experience. 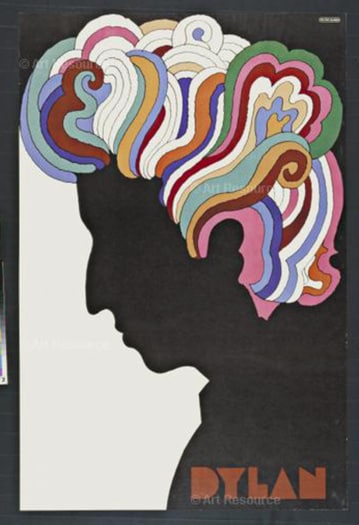 And from Italian art in general - especially from the Renaissance - he learned the desire to represent a subject by combining, overlapping, intersecting lights and shadows to achieve an iconic effect (Piero della Francesca is the artist of reference for the composition in the poster for the Valentine by Ettore Sottsass for Olivetti, 1970). Glaser moved with agility inside art, shifting from classics to contemporaries and taking an essence of thought from all of them he could then transform into modern graphics: the Silhouette of Bob Dylan in 1966, for example, is a clear reference to the self-portrait of Duchamp.

This is his historical contribution. But to understand who Milton Glaser was, behind the thousands of words written in these days – many of them rather standard in character – we have decided to listen to people who really knew him. Here’s what they have to say. 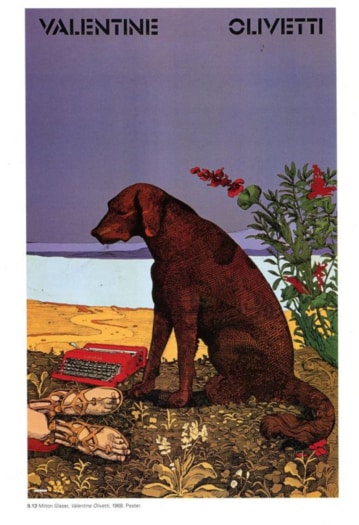 “I could say so much about Milton and his kind, generous heart, his voluptuous sense of time. He was a great teacher and I studied with him. We have lost an international treasure, not just a designer or an artist, a person who changed the way we see the world, and decidedly improved it. Wherever you look, there is something he has touched. This evening in New York, after having spent the evening with his wife Shirley, I went by the SVA Theatre, which he designed himself; I saw people drinking Brooklyn Brewery beer (he created the logo for it) in an outdoor bar. From the poster of Bob Dylan to the plates for Windows on the World at the World Trade Center, to the Rubin Museum, to the enclosure of a school playground, in New York we have the privilege to see and enjoy his work every day, exposing us to an intelligent aesthetic of the highest quality.” 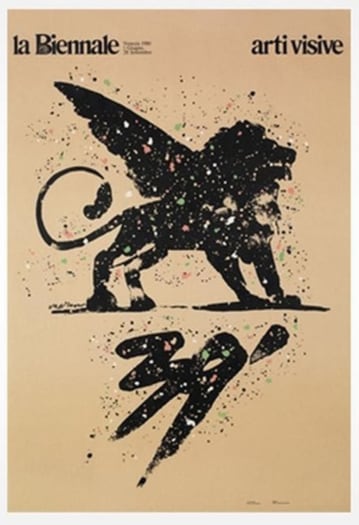 “Milton was a great designer and illustrator, gifted with great humanity and a sense of humor. The poster for Bob Dylan is a true masterpiece. The ‘I Love New York’ symbol has spread and been copied all over the world. He said that if he had copyrighted it, he would have been a billionaire. One evening, at one of his solo shows, a man approached him and told him that he didn’t like his posters. His reply was quick: “So what? I hate your necktie!” 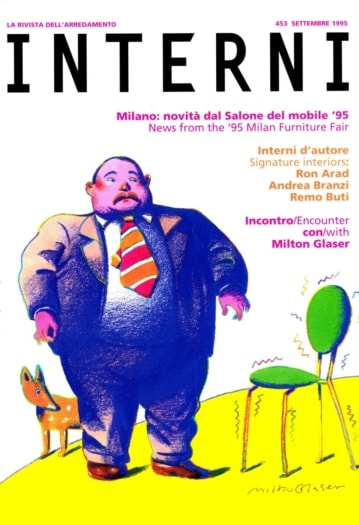 Fulvio Caldarelli, designer, president of the interdisciplinary research center on the contemporary landscape, and co-curator of the latest Freedom Manifesto.

“Milton Glaser was a witness to the political, social and economic changes of his time, managing to narrate – with a new poetic – everything that had to be perceived as change. With his work he interpreted the new developments in the city of New York, and he was able to put this discovery into practice through art, seen as a craft. Design feeds on art and puts it into practice through an original language. Milton was able to express all this with an original language, and he did it through Posters, the paradigm of communication for the expression of renewal. Glaser was a forerunner of graphic design without schematics, getting beyond a certain type of ‘Swiss’ style. Glaser acted differently, in a new way with respect to ‘corporate design’ or economic design, putting his vision at the service of the publishing industry, while always conserving the concept of the right to freedom of expression. In his work, the image is always a magnificent surprise. His kites are the symbol of the loftiest concept of freedom. In a parallel with another pillar of graphic design, Massimo Vignelli, we can say that he was able to liberate typography through the tools of drawing and art, which always fed his work. He made Baudelaire’s motto his own, art as the Sunday of life.”

“Milton Glaser was one of those designers who in their lifetime have managed to legitimize the most refined and innovative graphic art, making it accessible to the masses, generating ideas and images that have made the history of American pop culture, and beyond.”