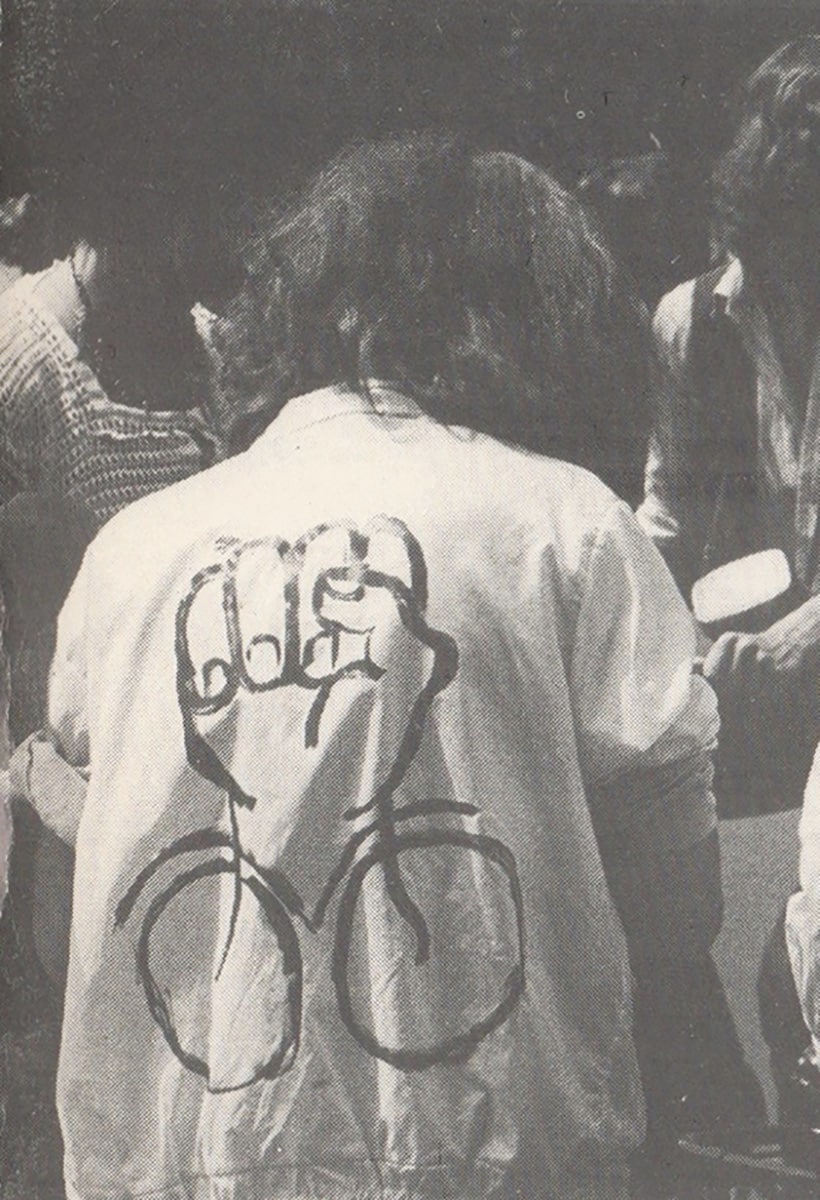 What’s the role of design in politics?

What’s the role of design in politics?

From parliamentary halls to the streets, politics and design have often intersected using art as an element of subversion and militancy. We retrace its history among symbols that have become pop icons

California, summer 1967. Seeds, the standard bearers of the flower children scene, are performing in front of an audience of students and proto-hippies. Their singer Sky Saxon - described by the press as a star-and-stripe emule of Mick Jagger - raises his right hand to the sun, defining a V with his index and middle fingers and inviting the audience to follow him .

This is how, at least according to the legends that always accompany acid California of the 60s, a victory gesture that has always been linked to war contexts is subverted into a symbol of the anti-Vietnam generation, and subsequently raised to universal peace icon. 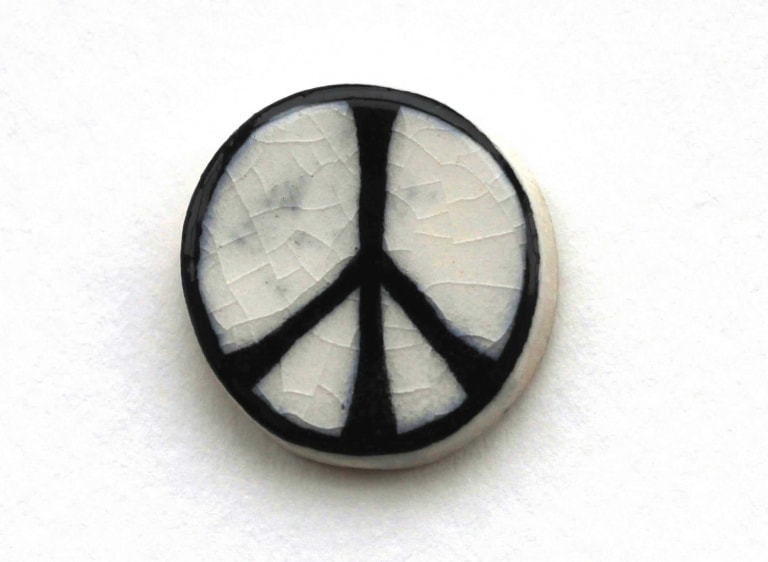 Saxon, apparently, conceived it by translating the logo of the CND, the English Campaign for Nuclear Disarmament into body language (and rotating it 180 degrees). Designed by Gerald Holtom, graphic designer and engineer, the logo was presented in February 1958, becoming the symbol of the first of many famous marches from the nuclear site of Aldermaston to Trafalgar Square, attended by personalities such as the philosopher Bertrand Russell and the future pop star Rod Stewart. 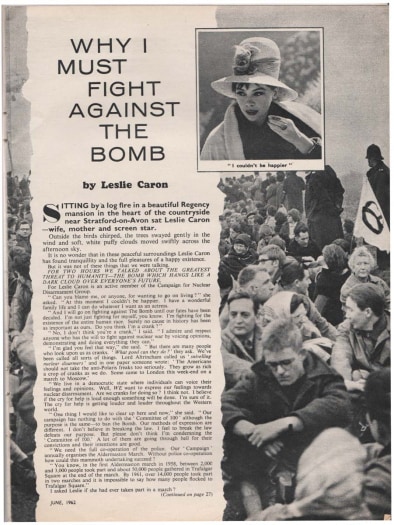 The logo is important because it marks one of the first cases in which design, going beyond a strictly propaganda context, becomes a political statement, stemming from youth counter-culture and turning into a universally recognized anti-war symbol.

Similarly, the peace-bringing dove rooted in the Christian tradition - already revisited by Picasso in 1961 - was enriched in those years by a militant and countercultural connotation when Arnold Skolnick included it in the his poster for the 1969 Woodstock Festival.

How not to mention, then, the posters on French May which, born in self-managed ateliers, are immediately awarded artistic official status thanks to the far-sighted exhibition Parijs Mei Juni '68 held at the Fodor Museum in Amsterdam one year after the very hot Parisian spring.

The partnership  between design and collective movements, is still prolific, as underlined by the graphic identity signed by Goldfrog ESP for the ecological movement Extinction Rebellion born in 2018, whose posters were recently acquired by Victoria & Albert Museum in London. 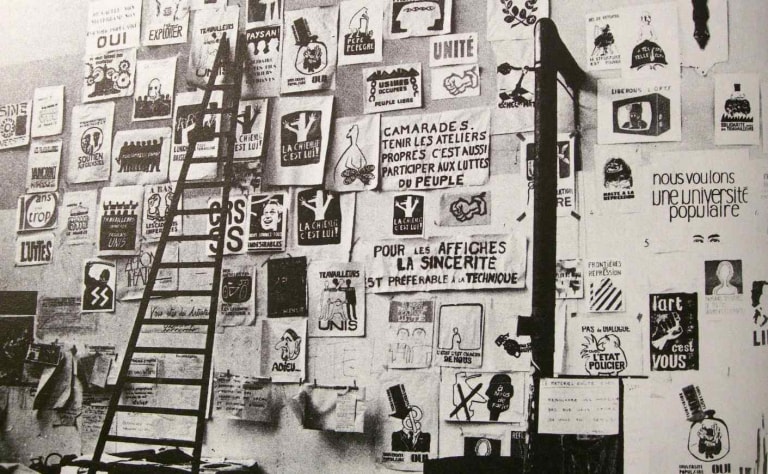 The CND symbol - defined by the intersection of traffic light signals for the letters N and D - also highlights how protest can be worn, placing in fashion and graphic design dialogue between pins and slogans painted on clothing. Think of how, more than thirty years after its birth, the logo returns to the eyes of the world fixed in a spray can on the t-shirt of Mark Craig, one of the demonstrators of the 1992 Los Angeles riots.

An example cherished by Punks who since the end of the 1970s have become the spokespersons of fashion as the infrastructure of a militant design albeit explicitly nihilist and anarchic. A tradition, in fact, that was already typical of the English suffragettes of the 1920s who used their bodies as instruments of militancy, often making clothes with fragments of newspapers and leaflets praising the vote in favor of women, as described in Camille Benda's Dressing the Resistance (Princeton Architectural Press). 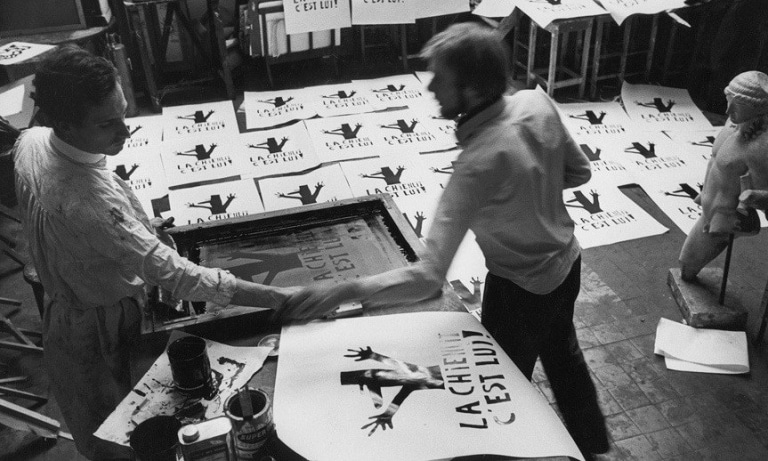 From Parliament to the street

Street protests also highlight how the influence on the media and public discourse of politics, both parliamentary and extra-parliamentary, has contributed to making them symbols of real design icons. A design that propaganda needs have made applicable to objects that are often incredibly vernacular, made of matches, t-shirts and playing cards.

An excellent case is the visual identity for the Italian Socialist Party between 1978 and 1979 by Ettore Vitale, nominee for the Compasso D'Oro 1984,  It represented a unicum, also because, coming out of the graphic context only, it was applied to the art of scenography. Used as stage design symbols for rallies it would seal the connection between the rampant hedonism embodied by the party of Bettino Craxi and that of 1980s Milanese discos.

On the other hand, in the streets, independent publishing acts as the glue between politics and design, through a prolific production of newspapers, comics and mimeographs from Europe to America. There are the titles of the Black Panthers and those of the Dutch Provo (collected in the exhaustive volume Yes Yes Yes Alternative Press 1966 - 1977, From Provo to Punk published by A&M Bookstore), such as those that spread in Italy during the Years of Lead. Its symbol is, among others, the logo designed in 1969 by Roberto Zamarin (also father of the comic strip of the worker Gasparazzo) for Lotta Continua, capable of combining extra-parliamentary militancy with the stylistic features of the psychedelic culture of time.

Similarly, in the curves of the Italian stadiums of the 1980s we witness the inclusion of political iconography - from the Celtic cross to the face of Che Guevara - in the stickers and banners self-produced by the ultras, a symbol of a very close bond and today lost among the sports fandom, design and political involvement of the youngest.

The apolitical appropriation of design

The res publica nature of politics means that its symbols are so integrated into everyday life that they lend themselves to semantic reversals and subversions, as according to the school of rip-off design and meme-dernism. The term, which merges the concept of meme and modernism, was used by the teacher, graphic designer and curator of the project Logo In Real Life Michele Galluzzo to describe the transformation, influenced by nostalgia and retro-mania, of official corporate identities into symbols capable of going beyond their original context.

This is the case, for example, of the appropriation by the fashion giant Balenciaga of the logo for Bernie Sanders' 2016 presidential campaign. Or again, the hybridization between Italian pop music of the past and institutional symbols made by the Turin club night Ciao. Discoteca Italiana, whose logo is itself a distortion of the anti-nuclearist one originally designed in 1975 by the Danes Anne Lundberg and Søren Lisberg. 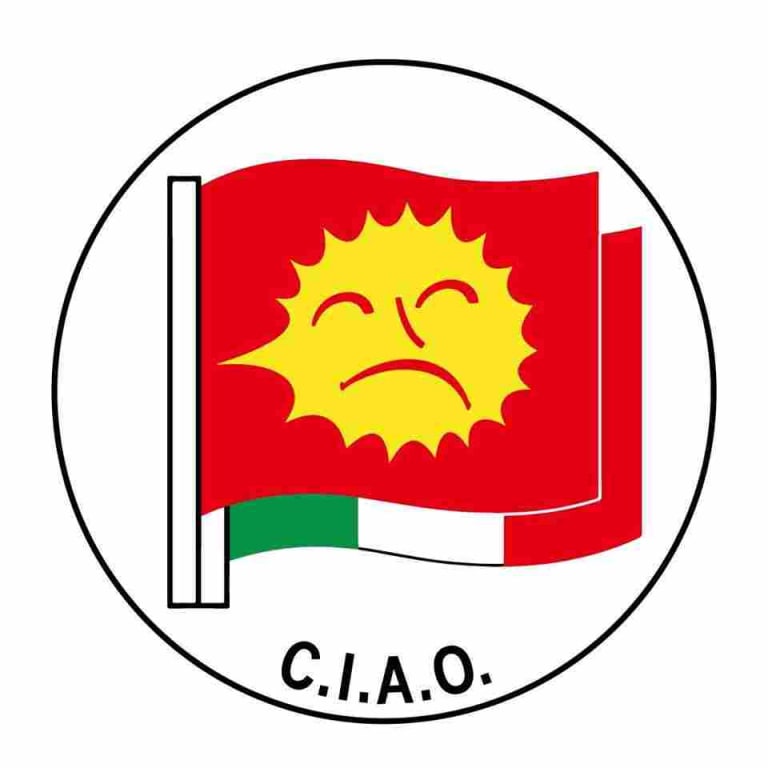 The same transition from militancy to nostalgic and post-ideological pop culture now seems to also involve the work of artists such as Franco Angeli and Enzo Mari, whose installation Falce and Martello of 1973 at Carla Pellegrini's Galleria Milano was initially conceived as a contribution of art to the class struggle.

A fil rouge that links politics to other famous artists of the time, such as Mario Schifano and his pro-Maoist canvas Chinese Festival commissioned for the Roman living room of the house of Gianni Agnelli who, deeming it inappropriate, discarded it, sending it to the RAI office of Leone Piccioni, son of the honorable Christian Democrat Attilio and brother of the famous composer Piero.

Today, therefore, design and politics continue to dialogue profitably, in a continuous balance between postmodern citationism and authentic rebellion.

In the season of activism (Fridays For Future, BLM, MeToo) we are witnessing, perhaps only comparable to that between the 60s and 70s, design remains a fundamental tool for the affirmation of social rights, reinforced in its message by the emphasis on visual communication offered by social media. 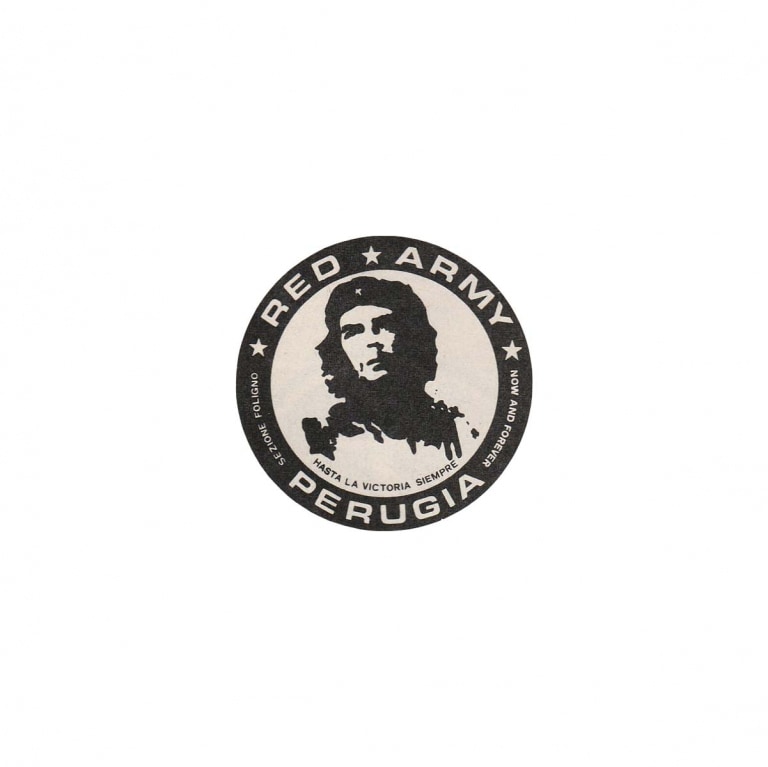 Cover photo: Postcard featuring two Provo Dutchmen with the symbol of the ecologist protest of the White Bicycles painted on the back of their clothing. Ph. Fred Heydes. Source: Ragazzi di strada.