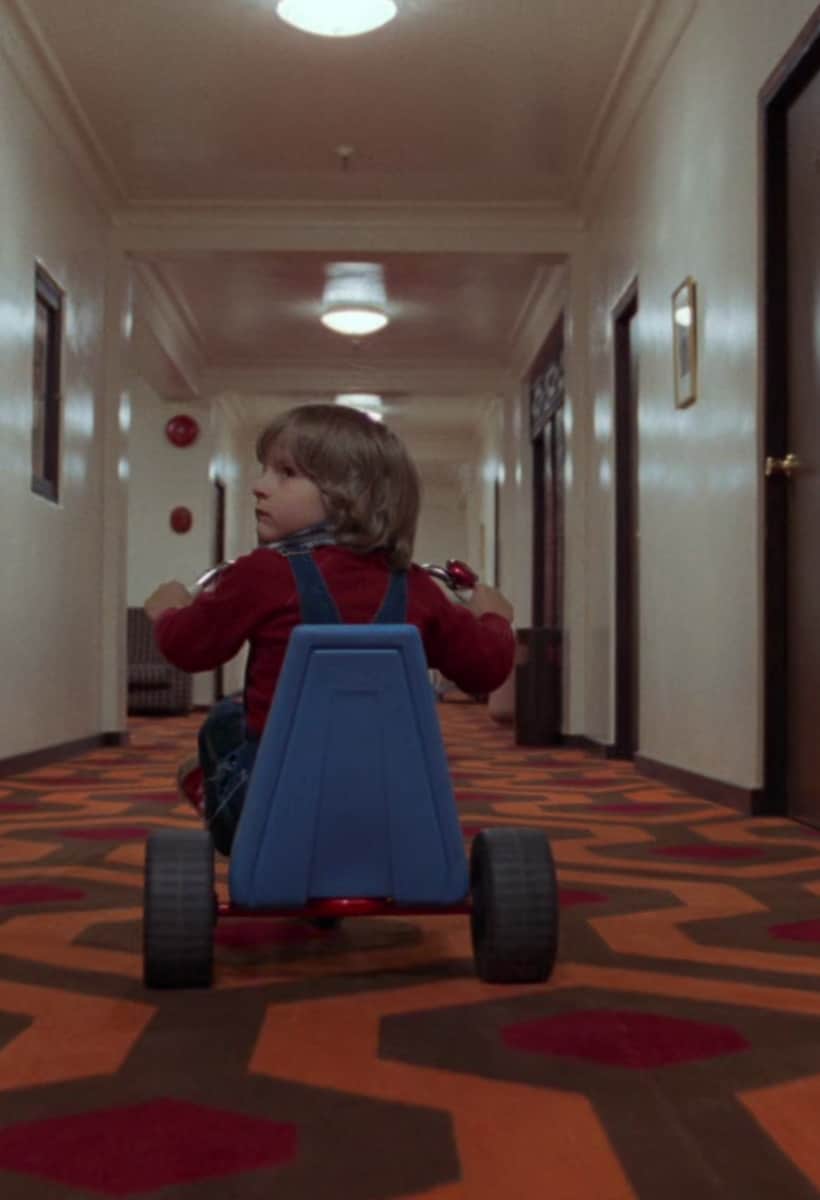 Overlook as a state of mind

#insights
Overlook as a state of mind

First appearing in Stephen King's novel The Shining and then in Stanley Kubrick's film, the Colorado hotel is among the most celebrated fictional locations ever. We retrace its origins and ‘evolutions’

The main and almost unique set of Stephen King's novel The Shining and the film adaptation by Stanley Kubrick, the Overlook is probably the most famous fictional hotel of all time. As a source of inspiration to give him body, King resorts to a neo-Georgian-style hotel where he had stayed in 1973 and whose name, almost a sign of fate, was Stanley Hotel. 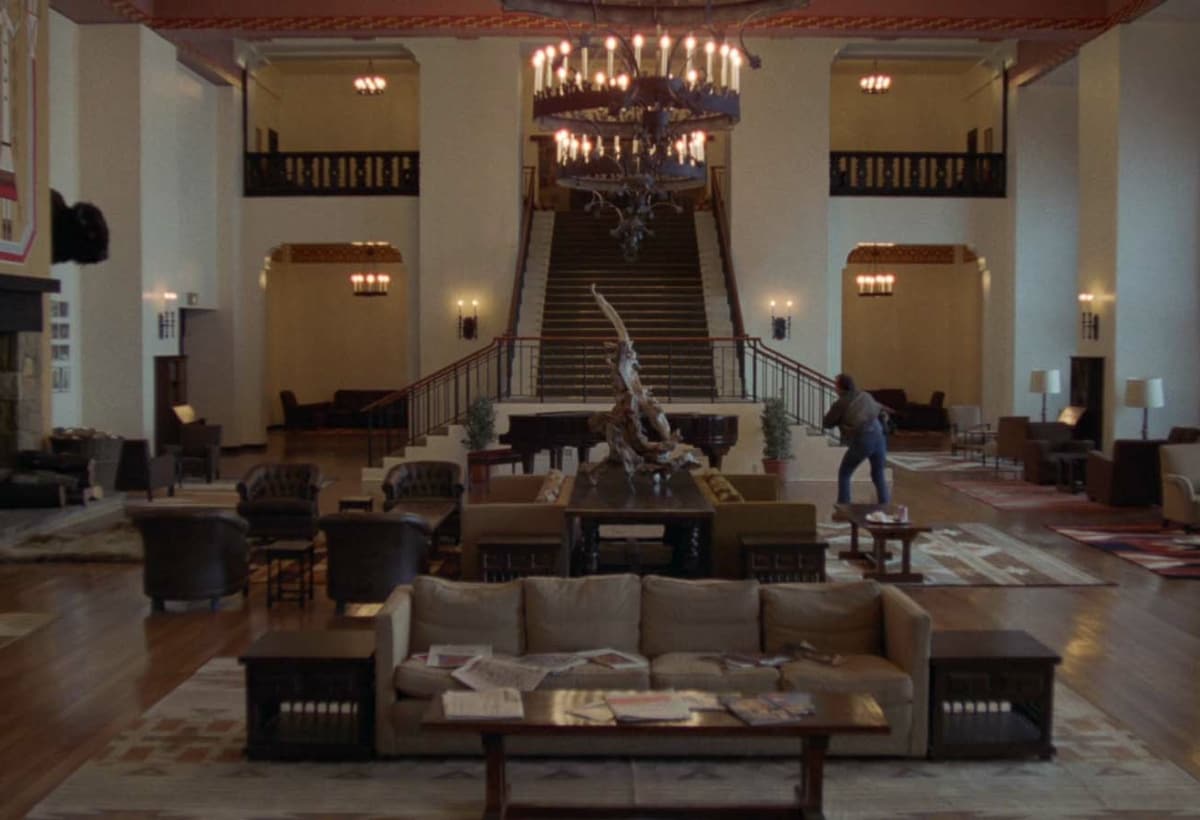 For his 1980 film, Kubrick chooses Timberline Lodge, Oregon as the main location for the exterior shooting; the interiors have them reconstructed in London's Elstree Studios in Hertfordshire, based on the real ones of Ahwahnee, a hotel in Yosemite national park built on the model of ancient Indian outposts. Passionate about architecture, Kubrick, for the large hall of the Overlook, takes his cue from that of the Imperial Hotel that Frank Lloyd Wright had designed in Tokyo, which was demolished in the late 1960s and later rebuilt.

The unforgettable bright red toilets pay homage to those of a famous hotel in Arizona, the Biltmore, whose design is sometimes still erroneously attributed to Wright, who instead limited himself to providing his own consultancy for a recurring architectural pattern in the structure. The Overlook will return to King's pages in Doctor Sleep, the sequel with which the Maine writer takes up the ‘matter’ of The Shining after 36 years. On the big screens, the cursed hotel built on an Indian cemetery will reappear in Room 237 (a sort of video-essay in which six scholars illustrate their interpretative theories related to the Shining film), but also in Ready Player One (2018) by Steven Spielberg and in the film version of Doctor Sleep signed by Mike Flanagan in 2019.

Remaining with the works of Spielberg and Flanagan, it is interesting to note the different approaches with which the two authors choose to stage the Overlook location. 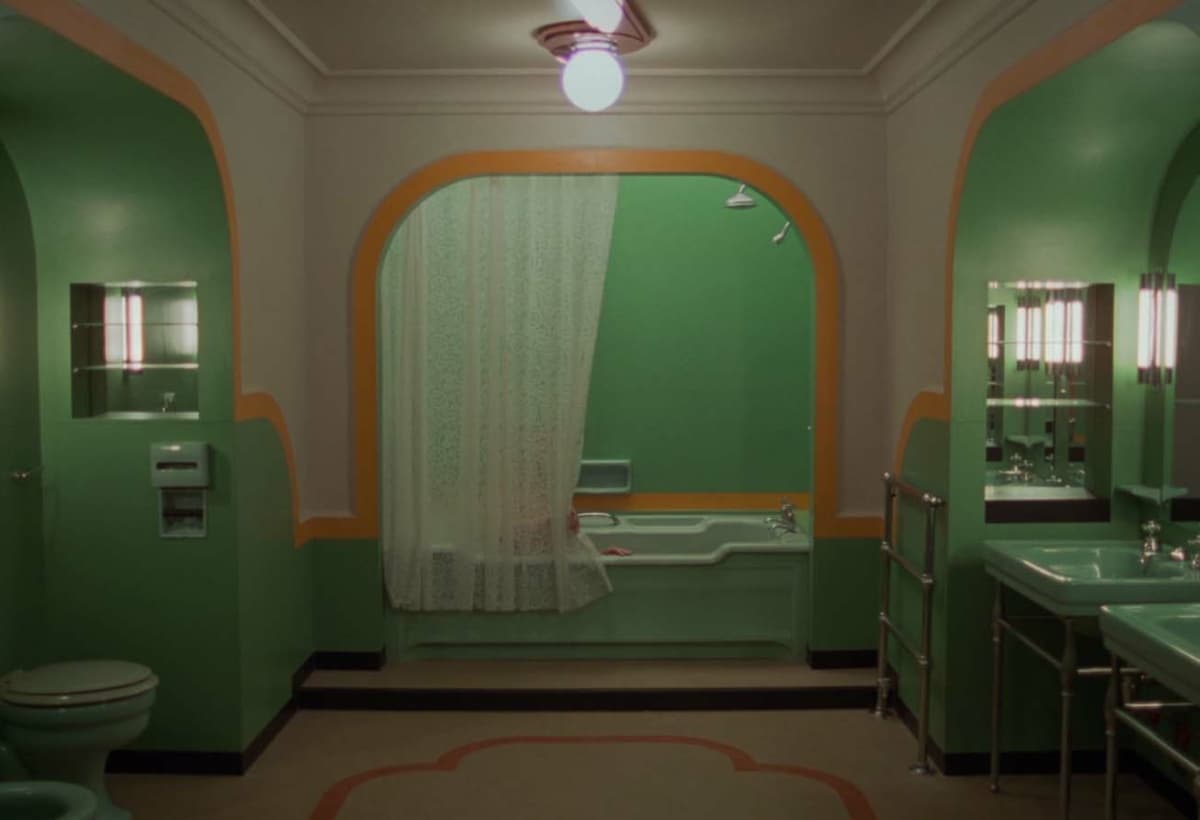 In that videogame saraband dedicated to summarizing the cultural imaginary of the seventies and eighties that is Ready Player One, the perfect knowledge of the The Shining film is functional to overcome a level of the competition that engages the protagonists and around which the entire film revolves.

Here, Kubrick's work is a relic, an unchangeable sacred text, so much so that – thanks to a computer graphics that today also allows actors who have passed away to act – the digital reconstruction of the Kubrickian Overlook is of impressive precision, up to down to the smallest details: from the parquet, the carpets and the large fireplace located in the immense hall to the Jack Torrance typewriter; from the friezes that decorate the structure of the elevators from which the infamous wave of blood flows up to the identical shade of green that dominates the bathroom of the infamous room 237. 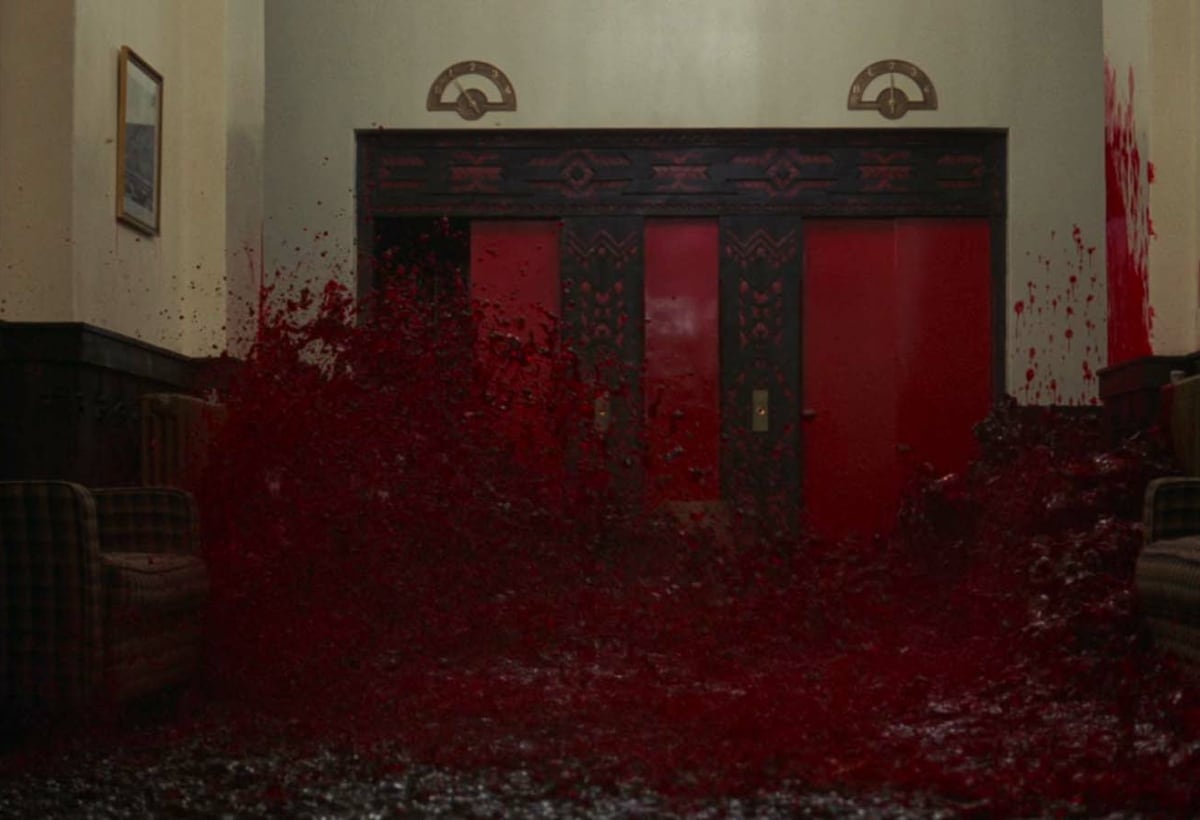 With his Doctor Sleep, Flanagan does something different, subtle and intelligent. In the film, which tells what happened to Danny Torrance, the child with the ‘shining’ who escaped his father's madness, the haunted hotel is the place where games end forever, the one where the ex-kid able to read people's heads, he will have to defeat his own personal demons (such as alcoholism, inherited from dad Jack) and the ‘real’ ones that torment his protégé Abra, a teenager with his own powers. 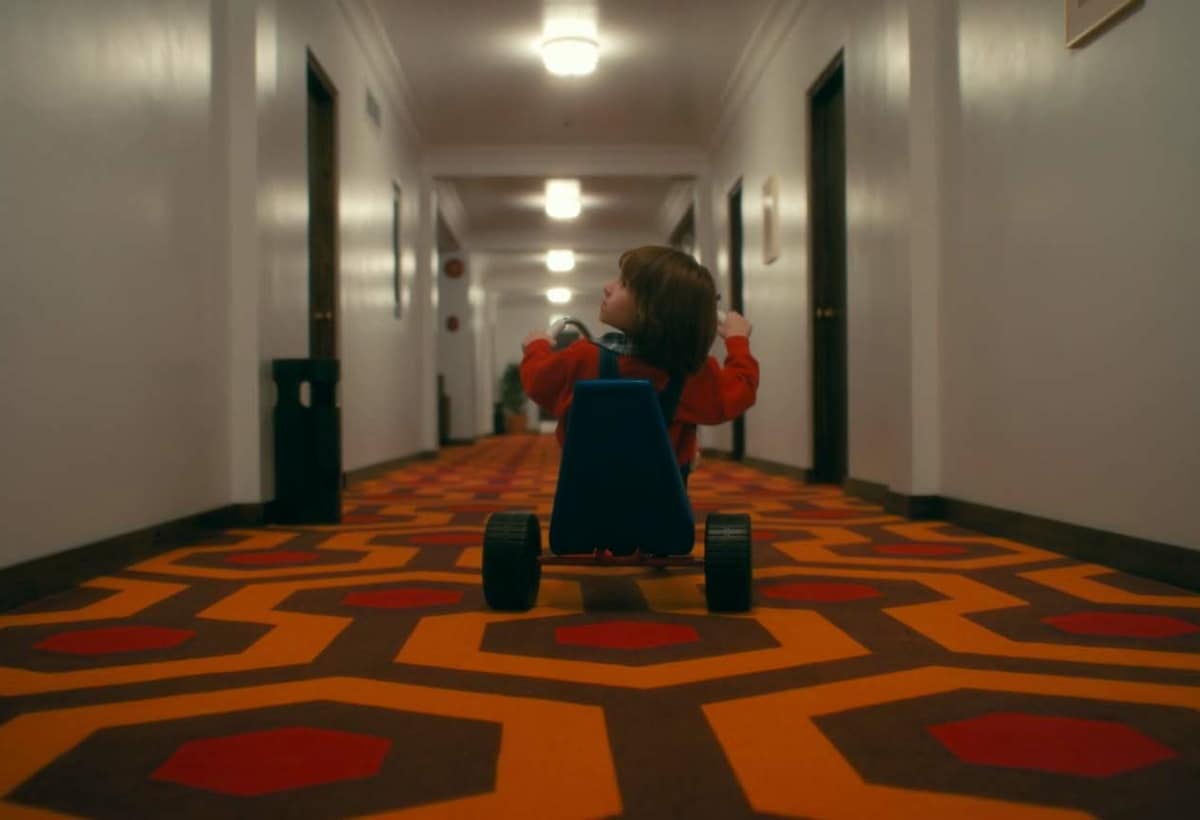 Flanagan's Overlook is almost identical to the original and therefore to the one recreated pixel by pixel in Spielberg's film. But at the same time there are infinitesimal details that do not coincide, and which operate at an unconscious level on the viewer, generating a deliberately alienating effect: the tricycle with which Danny runs around the suffocating corridors of the hotel in Doctor Sleep is just different from that of The Shining, the colors of the geometric figures that design the carpet are brighter in the 2019 film, while the skirting boards are shiny green and no longer brown. 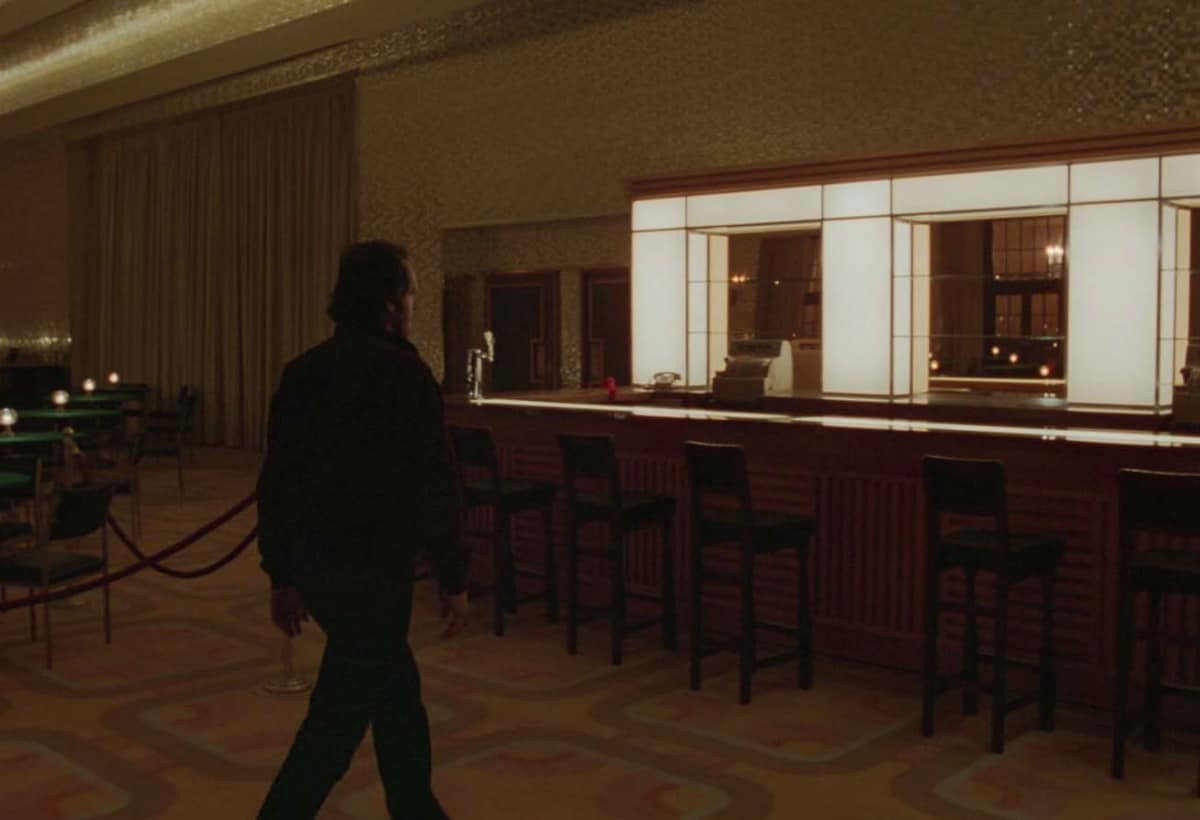 We could continue citing other discrepancies – one above all: in Kubrick's film, to the left of the reception room counter there is a closed curtain, in the sequel you can glimpse a niche in which two elevators are housed – but the meaning would not change: the Overlook in which Danny Torrance returns is and at the same time is not the one in which he had risked being killed by his father almost 40 years earlier.

Because Flanagan knows that that building is, exactly like Lynch's Twin Peaks, a place with precise physical coordinates and at the same time a state of mind, a restless presence that has existed for as long as Good and Evil have existed and in which space and time follow ‘other’ coordinates, describing trajectories that no human mind is able to rationalize. 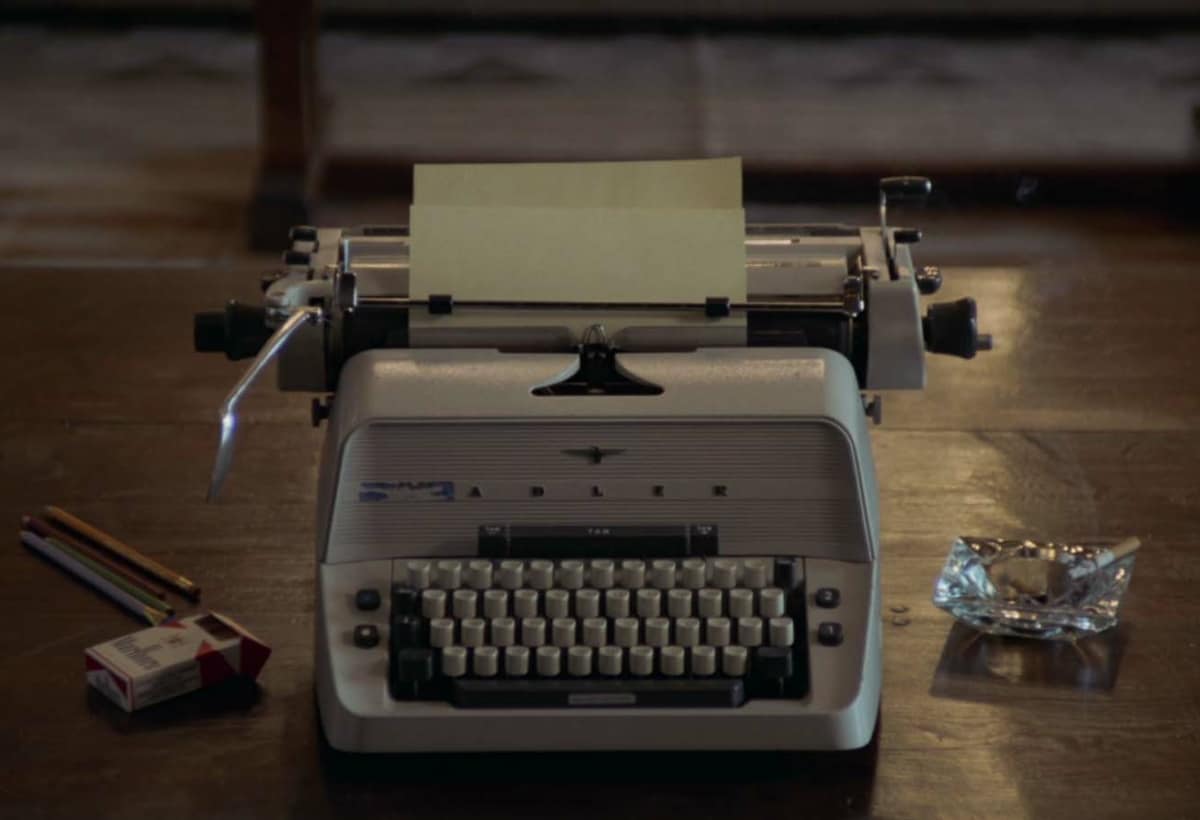 The Overlook has always existed and never, therefore, and its forms are one, none, one hundred thousand.

Can a home shape those who live in it?