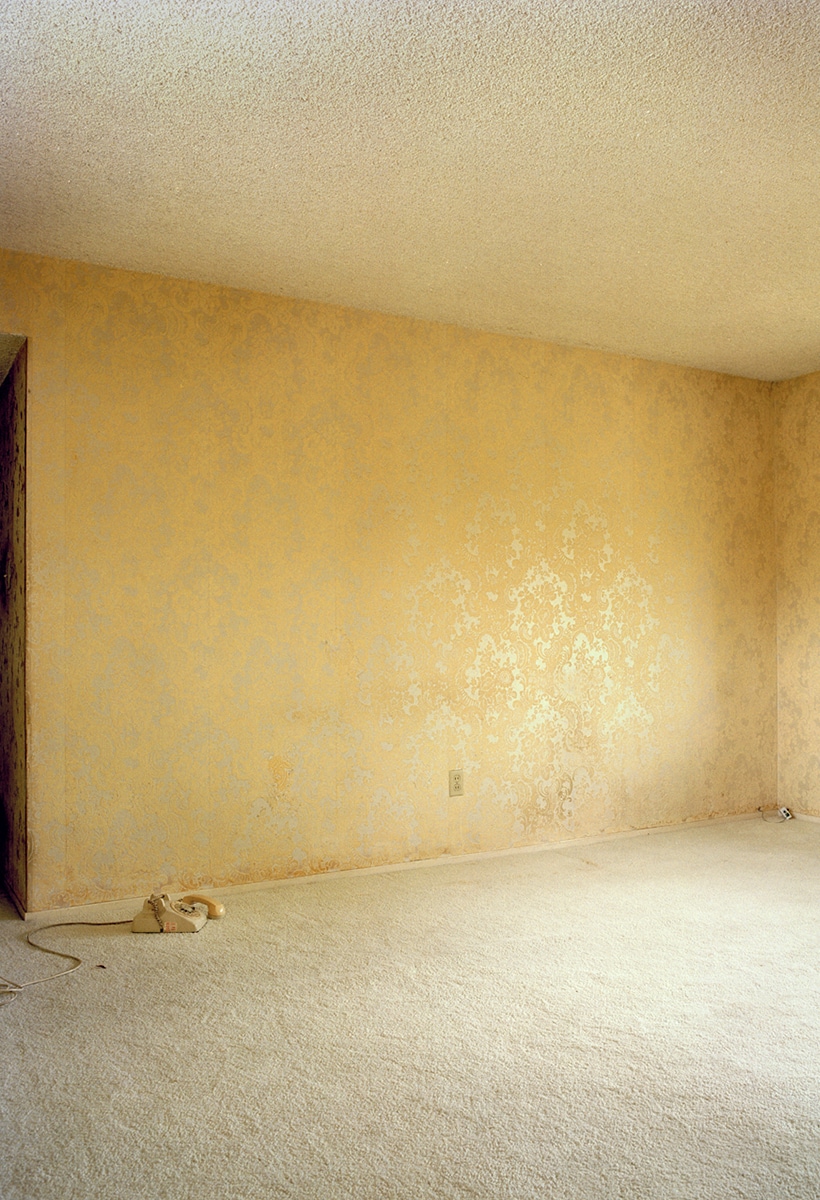 The homes that we are (and those we are no longer)

In the book 'Il libro delle case', Andrea Bajani gives voice to the real and symbolic places inhabited by the protagonist. A domestic, sentimental, sometimes collective biography of a man who, by moving from house to house, also transforms himself

It all started with a list. A long list of houses inhabited as a child or adult. Homes inhabited as a son, friend, lover or husband, as a student or writer, in Rome, Turin or Paris, in the city and in the outskirts. Temporary houses or houses made to stay, houses have been furnished or completely emptied, and houses to start over again.

Il libro delle case (The Book of Houses) written by Andrea Bajani was born from this list, “created casually”. “After writing 35 homes in 500 pages, I realized I had a novel in my hands,” says the Roman writer now based in Houston, Texas, where he is a writer in residence at Rice University.

Published in February by Feltrinelli, Bajani's book is perfect for those who love to talk, discuss and read about houses, convinced – as we all are, design lovers – that spaces and objects are not just a scenography but have a fundamental role in defining who we are and who we become. The real protagonists of this biography in 78 short chapters are in fact the spaces inhabited by the protagonist: a character called I who moves not only in and out of them but also back and forth in time, from 1975 to today (including a reference to the pandemic) also taking a shot in the future, to 2048 (because we know, places always survive us).

For each house, the narrator in the third person chooses an invented name, tells us the city in which it is located, the type of building, the floor, describes the arrangement of the rooms, some objects and tells a fragment of life spent between those walls. And fragment after fragment, the narrator creates an identity collage, thanks to the houses that we all consider deaf, blind but, on the contrary, that see, hear and guard everything about us. 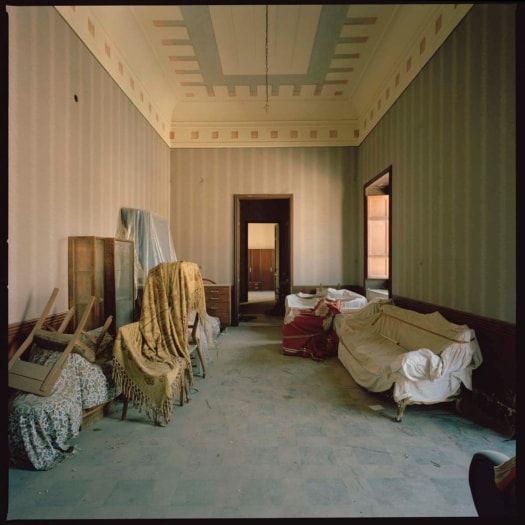 The land registry also has feelings

The narrative is interspersed with the house plans of the land registry, which according to Bajani, “we consider gray, inexpressive and boring but which paradoxically is full of stories and feelings, a library of lives”. Thus, while the bureaucracy enters fully into the narrative, the author reconstructs the “puzzle” of a life; because every time we leave a house where we have lived for a long time, we also leave a piece of ourselves, and vice versa when we start living in a new house we can also discover something new about ourselves.

And it is perhaps for this reason that Bajani does not use houses as mere backdrops but tries to take care of everything that makes a house such. From the windows to the steps, from the doors to the frosted glass, even the nails to the walls after a painful move find space in this book which opens like this: “The first house has three bedrooms, a living room, a kitchen and a bathroom”. It is the casa del sottosuolo (the underground home) where the protagonist has learned to crawl and the value of friendship with Tartaruga (Turtle) who hides in the pots in the courtyard or in his carapace (his one and only home); there is the casa del materasso (the mattress home) of university friends with a blue molded table, four mismatched chairs, dirty dishes in the sink and a mattress (in fact) for our guest; there is the family home with yellow and gray grit, the rooms with parquet, the frosted doors, the furnishings of “two lives glued together in a new experiment” and then the casa di famiglia (family home) in the elegant variant where “the square footage is consistent with ambition” with its 150 square meters, double bathrooms, extra rooms, a corridor lined with bookcases and the child bedroom that looks like a studio flat. 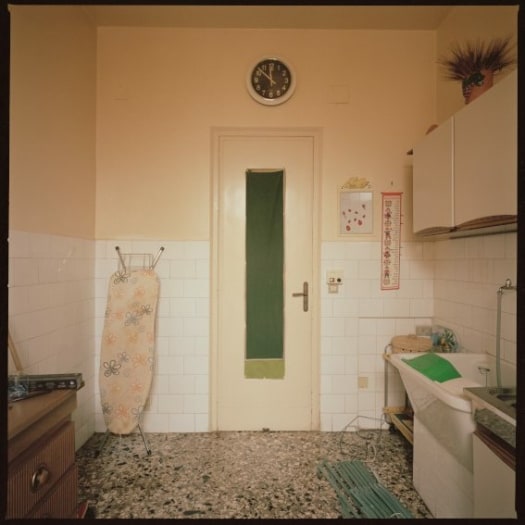 We cannot fail to mention the metaphorical houses: like casa dell’amicizia (the friendship home), a hug between two people; casa della voce (the house of the voice), the telephone booth whose transparency staged a private dialogue; casa del risparmio (the house of savings), the current account, with a minimum or infinite potential size; or casa del persempre (home of forever) circular in shape (the wedding ring) which at a certain point in the novel will, however, make up the accounts in casa della legge (the home of the law). 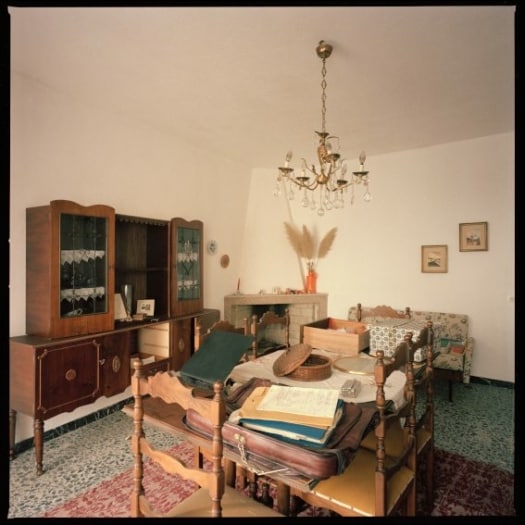 The soul of the houses...

Beyond the apparent distance created by Bajani's style (the mute floor plans, the anonymous characters I, Mother, Father, Sister, Grandmother and then Wife, Child ...) the spaces are imbued with life, with memories (even when "I" does not remember) and sounds. We almost hear the simple little polyphony of the kitchen that we all know: the clatter of the dishes, the regular knock of the knife on the cutting board, the jet of water in the sink, the hum of the fridge, the hood fan over the burners.

Some spaces are then created by the imagination, others still elusive to memory.

And in the houses, of course, there are things, furnishings and objects. The narrator's attention rests, for example, on shutters and curtains that become a secret language between two lovers; on a cleared table after a badly finished meal; on a wardrobe that becomes a booth in the nocturnal conversations between a mother and her daughter. Furniture is an essential as well as poetic vocabulary. As we all experience in daily life and as the English anthropologist Daniel Miller also observed in The Comfort of Things, the relationships with the objects we possess are often very deep. “If we could learn to listen to objects – writes Miller – we would have access to an authentic voice” because the things we possess are never a casual collection, but chosen and preserved over time, as an expression and extension of a person, a family or of a culture. Just like in Quali cose siamo (The things we are), the edition of the Triennale Design Museum curated by Alessandro Mendini in 2011: a passionate research into material culture, a magical, fun and ironic journey into identity to bring the public closer to design to the over 700 “things” collected and juxtaposed with randomness, apparently. Randomness also returns in Bajani's pages when he remembers casa della dispersione (the home of dispersion): a hangar of second-hand furniture, stacked after a move, sold at low prices, stored without aesthetic criteria, where the improbable is combined and anachronisms coexist. And yet, after all, there is nothing left to randomness. 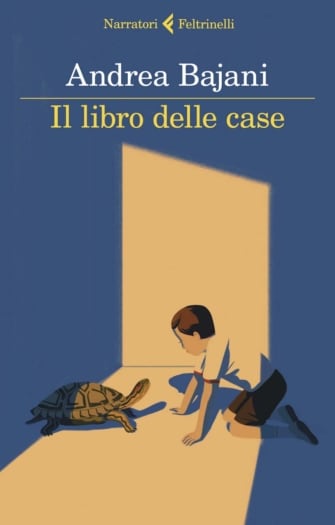