Sardinia: where to go if you are passionate about design

Summer
Sardinia: where to go if you are passionate about design

From the workshops of blacksmiths and weavers to ethnographic museums, from hotels reimagined by famous architects to experimental galleries: the places, unknown to most, not to be missed around the island

Traveling in the harshest Sardinia, but perhaps the most welcoming, among the less glamorous but therefore pristine and authentic villages. Here are the stages of extraordinary and indomitable beauty not to be missed this summer on the island that smells of myrtle and rosemary. An ancient and magnetic land, where art, design and craftsmanship (but also sacredness and symbolism) meet and hybridize to give life to powerful and unprecedented narratives. 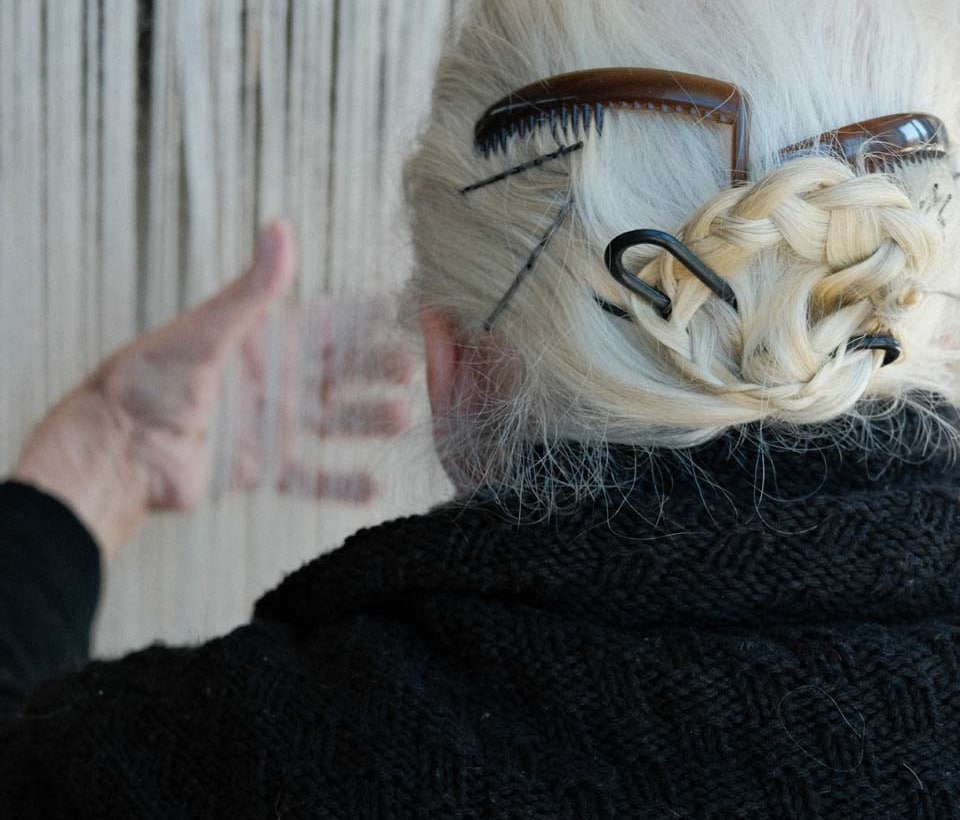 The Museo Nivola in Orani is one of those places you don't expect in Sardinia. Dedicated to Costantino Nivola, an artist who played a leading role in 20th century modernism, the museum is presented as a cultural complex in which art, architecture and nature interact harmoniously , thanks also to the park on which the structure stands and to the ancient Su Cantaru spring inside it and which still plays a symbolic and functional role for the inhabitants of the town.

Alongside the hundreds of Nivola's sculptures, paintings and graphics, the museum hosts temporary exhibitions and artist residences. Among the current exhibitions, open until 29 August, Nivola & amp; New York. From the Olivetti Showroom to the Incredible City , curated by Giuliana Altea, Antonella Camarda, Luca Cheri and Carl Stein, an exhibition that sheds light on the monumental relief of Nivola, 23 meters wide by 5 meters high, designed by the artist for the Olivetti in New York's Fifth Avenue, created by the BBPR studio in 1954, a cornerstone of post-war Italian art and architecture and a symbol of a new approach to business communication.

The second project of the Nivola Museum, promoted by the Municipality of Sarule, is Tempo Artigiano , a workshop curated by Giuliana Altea, Antonella Camarda and Luca Cheri, which sees the designer Giulio Iacchetti working shoulder to shoulder with the weavers and blacksmiths of Sarule.

" Tempo Artigiano is a format that I would like to replicate in other places too", says Giulio Iacchetti, "the time of the craftsman is articulated in a different way, there is a very rapid preliminary phase, followed by the slow time, indeed due, to create a product, as opposed to what happens in the industry in which the preparatory phase is very long, and then the execution are very fast.

This project sees me working alongside the artisans, weavers and blacksmiths of Sarule, an agro-pastoral center of nuragic origin known for the processing of carpets, where the weavers dye the raw wool in a cauldron where the plants that release color, and it is also interesting to work with blacksmiths, relaunch 'minor' craftsmanship by creating iron baskets and symbols linked to Sardinia such as the dogfish and the mouflon ”.

Iacchetti has found in Sardinia a fertile place for crafts, "because it is a region that preserves and carries on all the techniques and arts, from weaving to terracotta processing, from jewelry to folk songs, where every common use artifact is unique, and where even the shape of the bread takes on a sacred value". 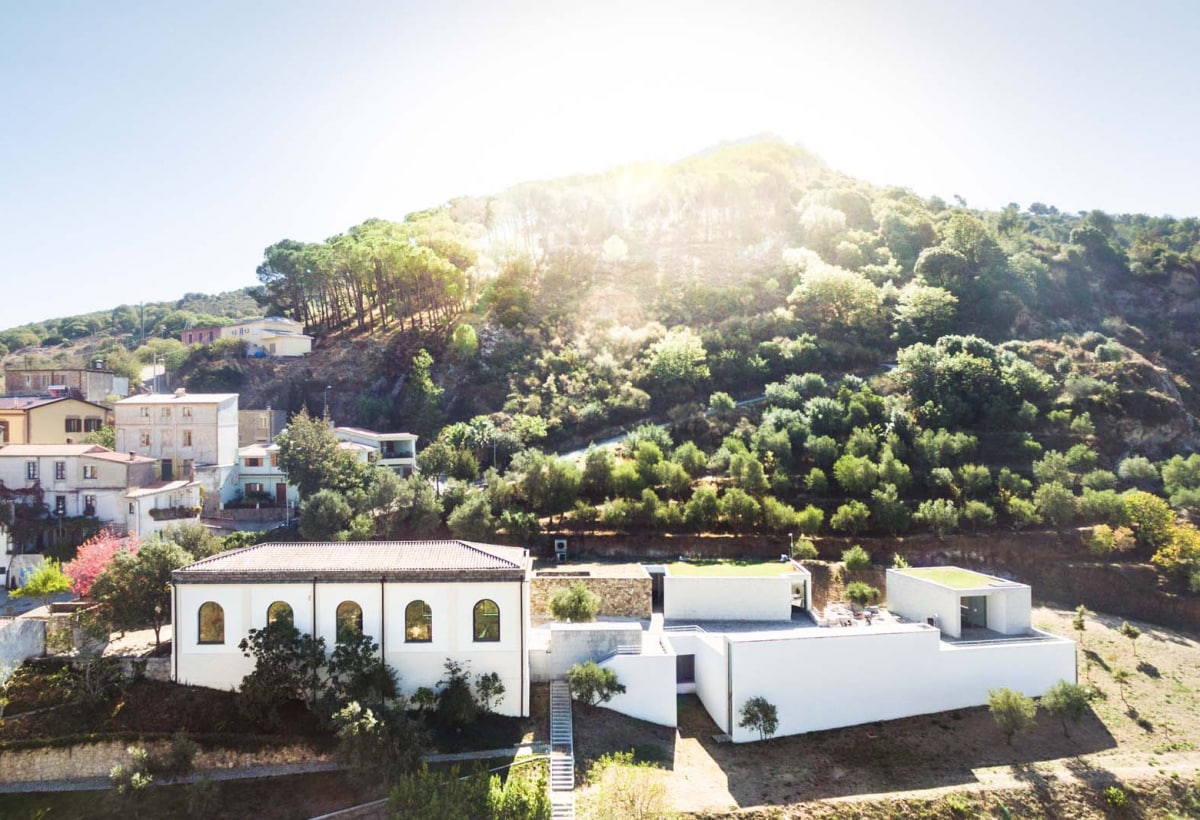 In Nuoro, in via Mughina 14 (closing in the week of August 15th), the Bam Design showroom, a shop owned by a family of blacksmiths, is open to the public for four generations: the protagonists of this family adventure (and Sardinian excellence) are the father Tonino Bruno, with his sons Vittorio and Andrea, animated by the passion for metals, worked in the name of experimentation and contamination.

The authorial and research path of Bam Design is aimed at bringing Sardinian craftsmanship into the contemporary world, a commitment that has been awarded with important awards, from the Compasso d'Oro to the MAM, Master of art and trade of the Cologni Foundation. If you are in Sardinia, it is easy to see works made in Bam almost everywhere, from the sonorous animals Boe and Boe + to the sculptures-plants Cactus and Fico, up to the Tonie and Teh containers inspired by the Sardinian chest, creations that personalize, for example, the Su Gologone hotel in Oliena, the Luci Di La Montagna hotel in Porto Cervo, the T-Hotel in Cagliari and the Aquadulci hotel in Chia. 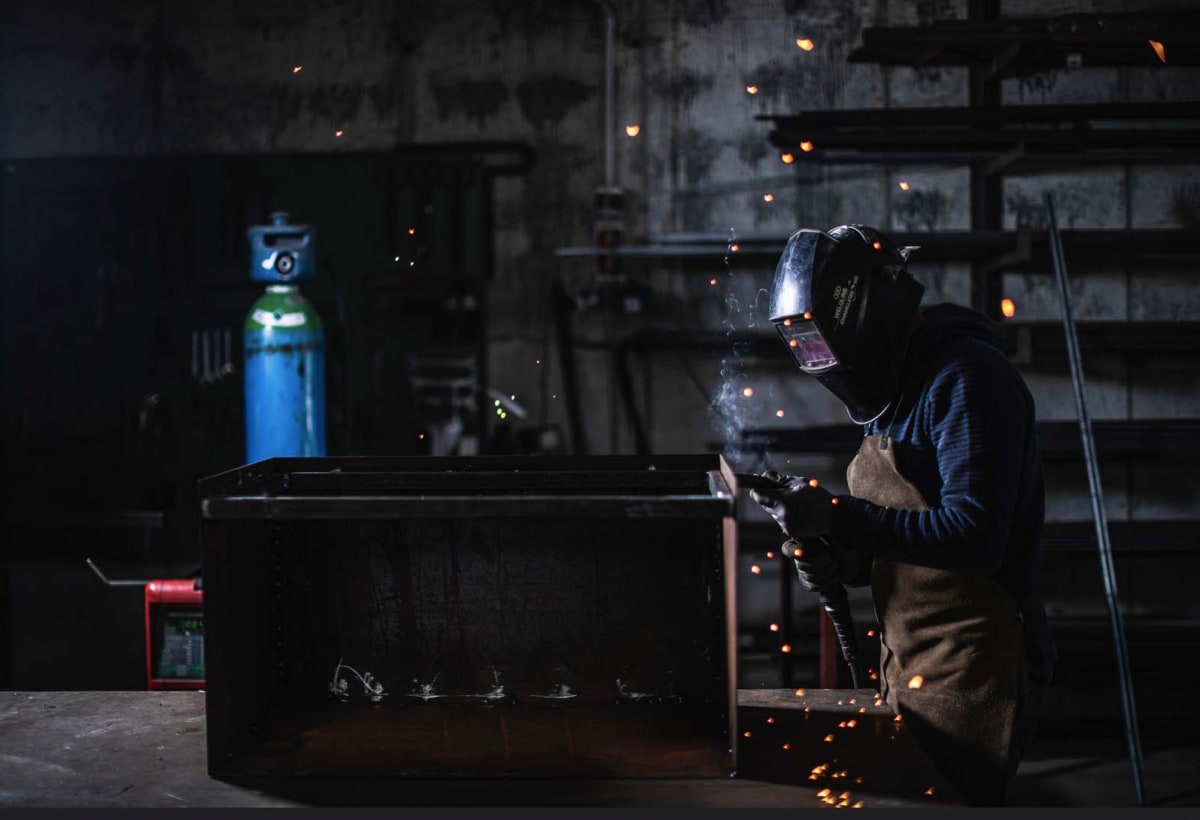 On the road with Gianluca Vassallo

An exceptional guide, like the photographer and artist Gianluca Vassallo, with a studio in San Teodoro, leads us to the lesser known Sardinia: "I recommend visiting the workshops of Sardinian designers-craftsmen, such as Mariantonia Urru, an excellence of weaving in Samugheo (Oristano), and to discover, again in Samugheo, Murats, the carpet museum that traces the history of Sardinian textile art from the twentieth century to today.

Moving to Nuoro , the aforementioned Bam Design deserves a pit stop, and Spazio Ilisso, an exhibition, production and artistic promotion center and cultural, inaugurated in December 2019 on the initiative of the Ilisso publishing house, a reality awarded a long time ago with the Compasso d'Oro".

And again: "If you are passionate about architecture and interior design, among the designer stays that are well integrated into the territory is the Hotel Cala di Volpe in Porto Cervo, renovated with designer interiors by Dordoni Architetti, Bruno Moinard and Claire Bétaille". Still in Porto Cervo, continues Vassallo, "a cult address for design lovers is the gallery owner's space Rossana Orlandi.

Then, a trip to Cagliari, to visit the Teatro Massimo, with the foyer reimagined, with the new restaurant, by the students of the IED; and, also in Cagliari, I point out the Ex Manifattura Tabacchi, now the headquarters of the Sardegna Film Commission Foundation, born with the aim of enhancing the artistic and environmental heritage of the island. 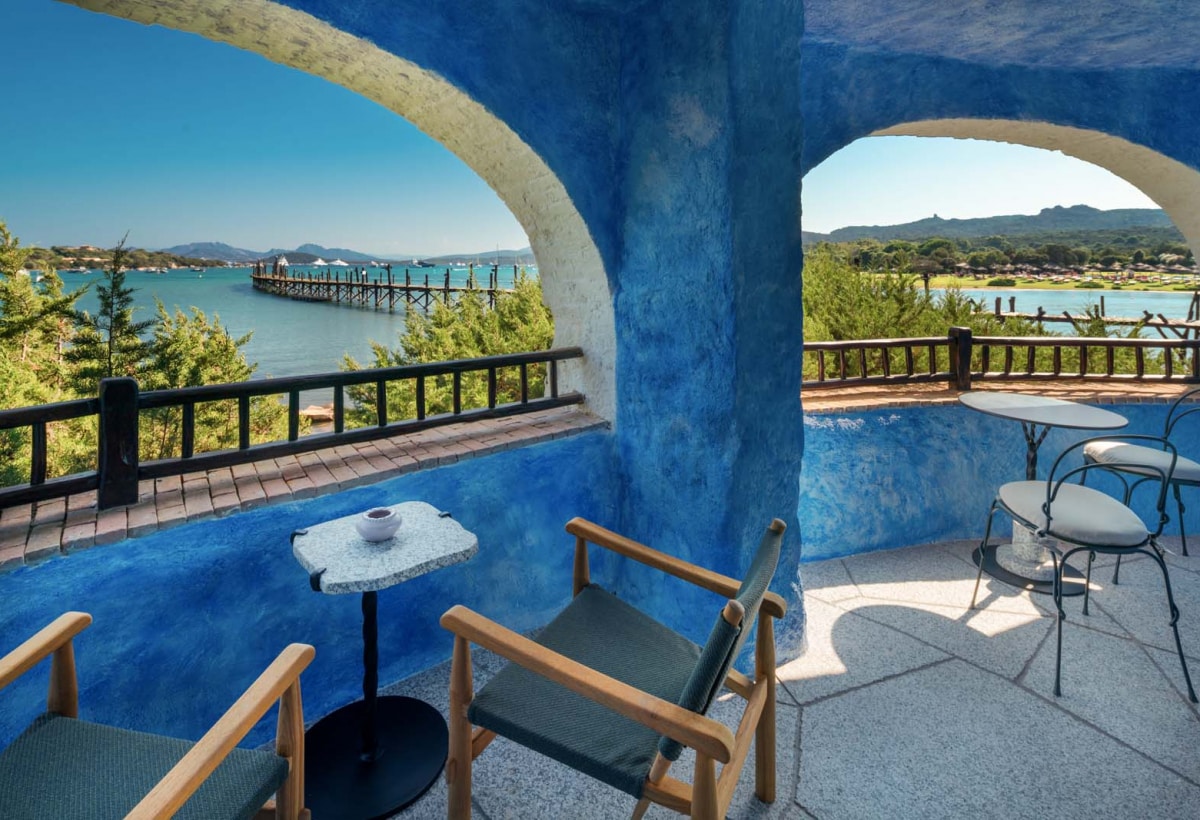 Antonio Marras on display in Sassari

Antonio Marras, stylist and creative native of Alghero, is the personality who most of all has been able to tell Sardinia to the world, drawing on that mix dense and layered with archetypes, rituals and symbology that characterize this mysterious island of rare and wild beauty.

In Sassari, it is possible to admire until September 30 how Marras interprets the collections of the Giovanni Antonio Sanna National Archaeological and Ethnographic Museum, in the rearrangement In the footsteps of Gavino Clemente, where the stylist, like a director, with his assemblages puts in dialogue archaeological and ethnographic finds, partly the result of Gavino Clemente's collecting, reviving objects and stories from different eras and between they are also far away, through a powerful and suggestive narration.

"Our collection is born through the residences", says Ivano Atzori, Milanese by birth who fell in love with Sardinia and with the Californian Kyre Chenven gave birth to Pretziada, a reality that aims to elevate the hand-made island and to spread this narration (it is not just about the product) outside the Sardinian territory, creating 'bridging relationships'.

"We invite designers and creatives to the island to experience a geographical-cultural-anthropological immersion that can last from 5 to several days. Kyre and I can define ourselves as cultural translators of our own practice, proponents of the exchange and the dialogue between the creative and the craftsman. The creations are exclusive to the Pretziada collection, in some cases we work on limited numbers or even unique pieces, as for the collaboration with Andrea Branzi or Studiopepe; therefore, in addition to being cultural translators , we are also publishers ".

The Pretziada studio is located in via Fontane 4 in Santadi, located in Basso Sulcis, 60 kilometers south-west of Cagliari, "Here visitors can meet us, testimony of lives and experiences of contemporary ruralism, in a place where design, architecture and art coexist in the setting of a territory with a strong agro-pastoral vocation". To book a meeting: contact@pretziada.com 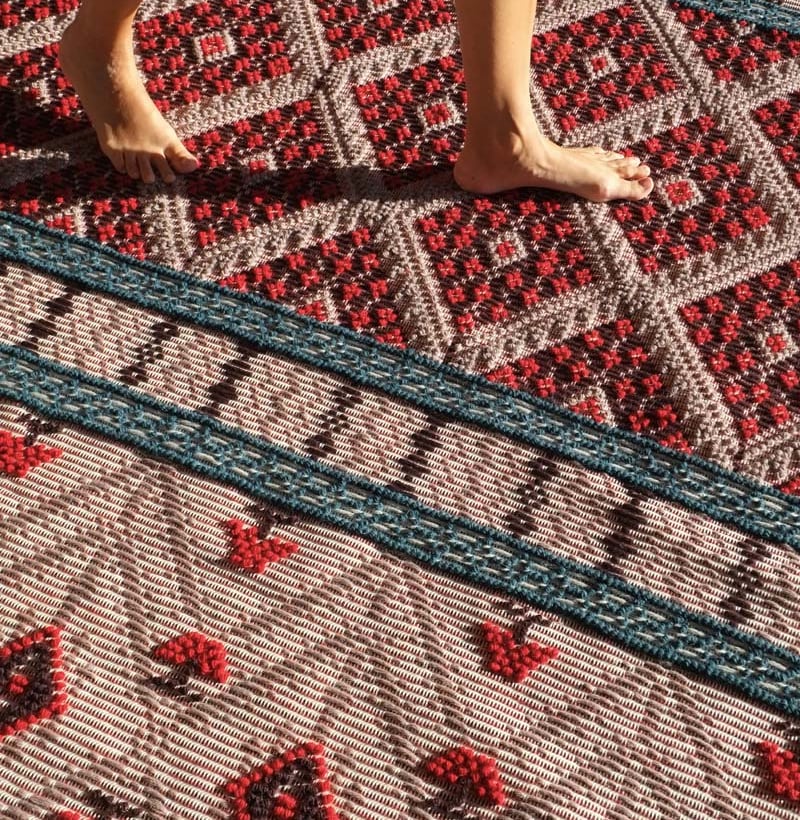 If you are in the beautiful Alghero, in Piazza Municipio 4, you will have the opportunity to meet Diego Moretti, an artisan from Sassari who carries on Ebanisteria Meccanica, the carpentry shop founded by his grandfather, also Diego, who in the Thirties had the intuition to introduce small machine tools into the laboratory when everything was still done by hand.

Today Diego Moretti, with the art direction of Giulio Iacchetti, continues the family tradition by interpreting new archetypes and artifacts. An example? Sarde d’utore , on display in Alghero until 24 July, small wooden fish, designed by Giulio Iacchetti, made with woodworking waste.

The wooden sardines become cultural vehicles, small objects 'dressed' and decorated by island artists and creatives, author's souvenirs that during their journey are enriched with different values, stories and energies, a project in becoming, as the curators Monica Casu and Gianfranco Setzu underline. You will find Diego Moretti to make the Sarde materially, in his shop open to the public every day from 6pm to 10.30pm. 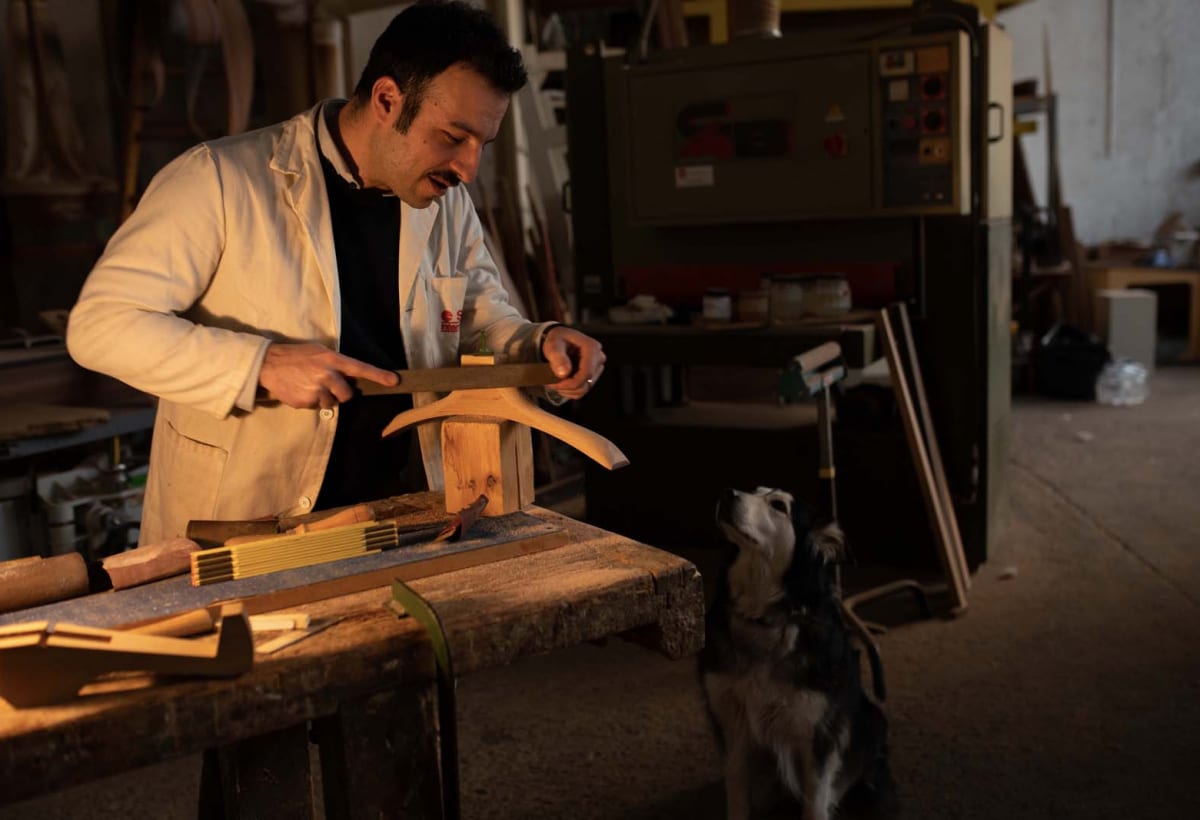 It takes its name from the place where it stands, Su Gologone, the experience hotel that is established as the mecca for design enthusiasts. Su Gologone was born in 1967 as a restaurant, from the idea of ​​ Giuseppe 'Peppeddu' Palimodde with the help of his wife Pasqua, author of sublime recipes, as well as art collector, interior designer and painter.

Then, the idea of ​​providing accommodation, 'travels' in art, in Sardinian culture and hospitality, rooms that from the initial eight become thirty-three in 1975, up to the current seventy .

The idea, perhaps the most brilliant, is to also host the shops art, created inside what once were the stables, where artisans, artists, potters and weavers show and teach embroidery, painting and mosaic, in a celebration of Sardinian customs and crafts.

We conclude this tour with another Sardinian excellence: Terrapintada, a ceramic workshop active since 1996, created by Simonetta Marongiu with the two brothers Robert and Giulia Carzedda inside a mill recovered.

The artifacts of Terrapintada arise from layered concepts in popular culture and dear to potters, such as linearity of shape and color, geometry and metaphor, free experimentation, decoration as pure abstraction. A trio of potters who look beyond the island's borders, magnetizing and activating fruitful collaborations with artists and designers, such as, among the most recent, the one with the Zanellato / Bortotto duo.

A center of creativity open to artists and designers, which also hosts temporary exhibitions and moments of cultural aggregation, with a laboratory-showroom in Bitti, in the province of Nuoro, and a further space in Orosei, open seasonally from April to September. 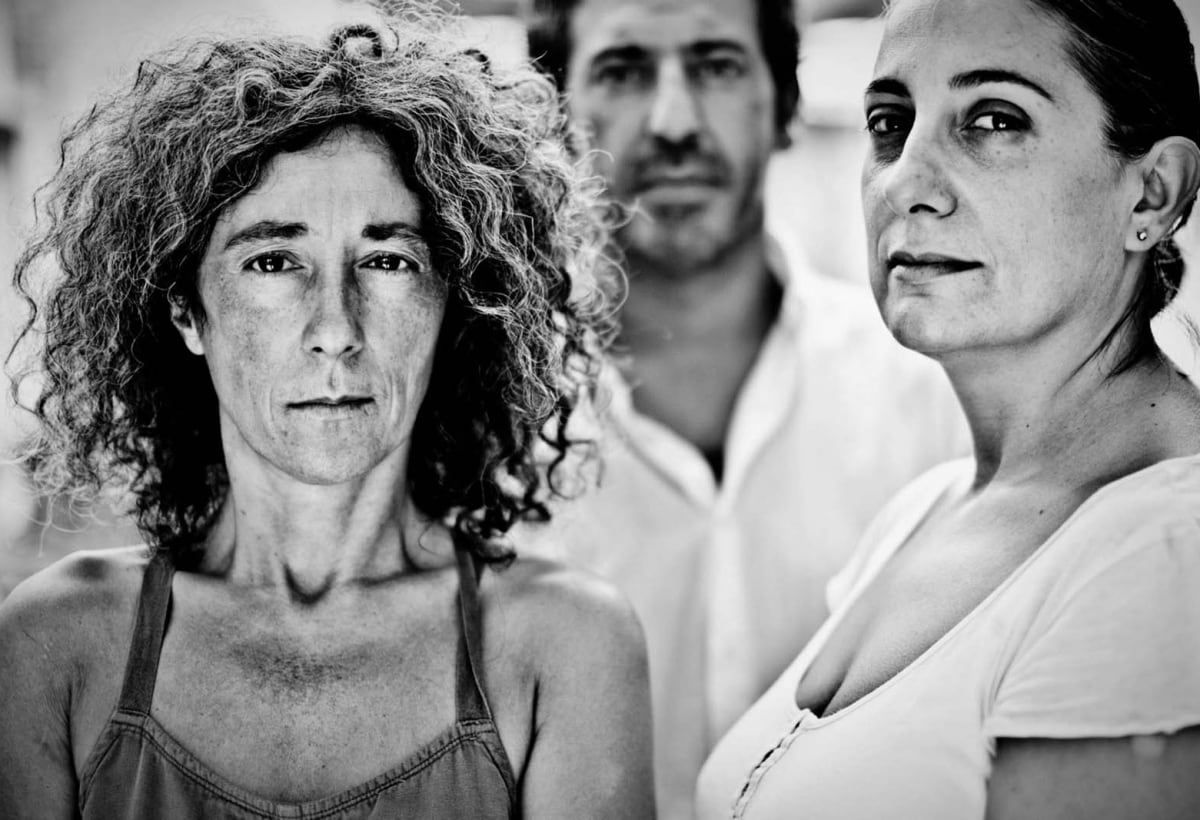 Sicily: where to go if you are passionate about design