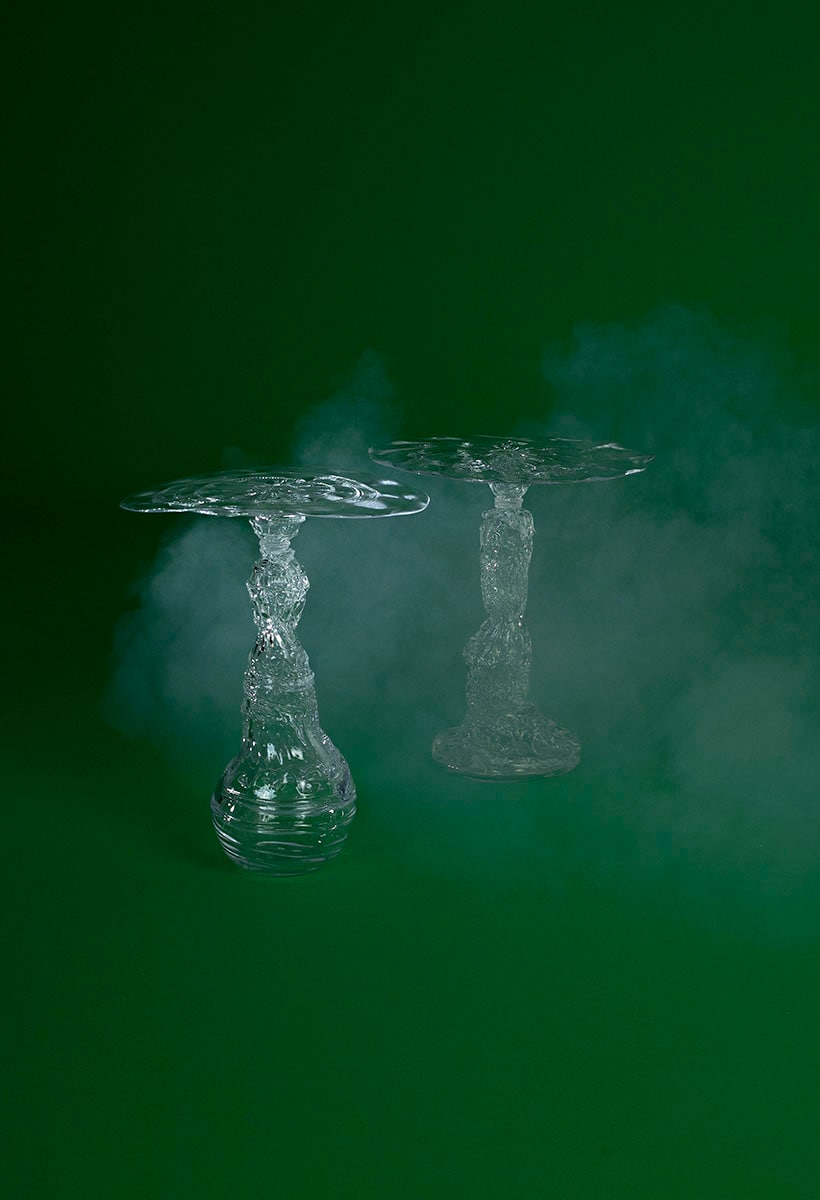 From Denmark to Italy, a generation of self-designers is growing up who serenely resolves the classic contrast between industry and self-edition. In the name of extreme specialization

There is a particular crossroads in the world of furniture design, which sooner or later (almost) all designers arrive. Some for a bet, some for an ancient desire that has never subsided, many creatives with both feet firmly planted in the industry at some point feel the need to compete with self-production. A world that has always been controversial, for those who cultivate the best ties with companies and are closely linked to serial production. Because, unlike industrial projects, which (at least in theory) are considered weighted, the result of market research and calibrated briefs, self-production is that slippery road in which the ability to give life to a new chair in 3D, perhaps in a futuristic bioplastic, can generate a blunder and turn into a sensational flop. 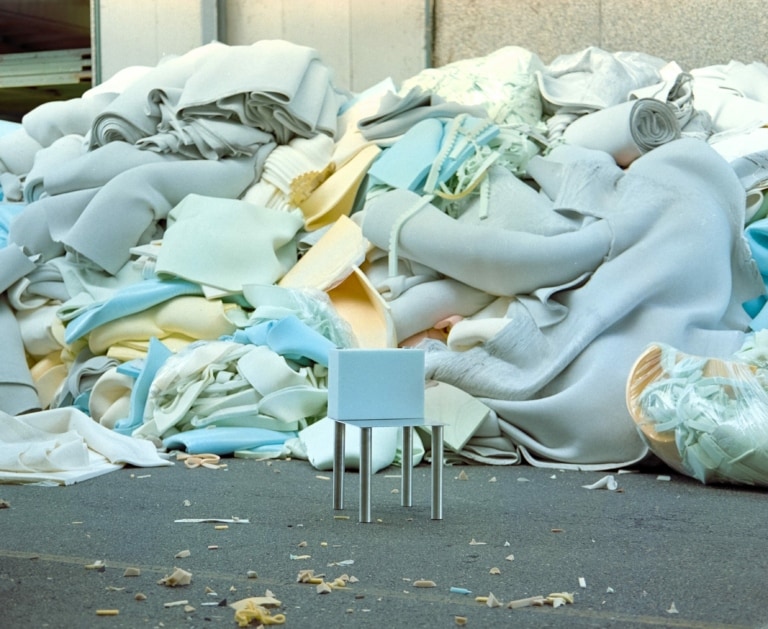 Almost two years ago, the post with which Giorgio Biscaro wondered if, in his new site, he should have also included self-production projects, defining them as“ industrial onanism ”. A few months earlier, one of Odo Fioravanti's lucky haiku had defined the self-design designer as “single by choice… of others”. Biscaro, in a long interview, returned to his joke explaining that “if the project is not reproducible, if it has no possibility of selling, if the fact that it is self-produced comes first from the fact that it is justifiable, there is a problem serious, which should automatically lead to the end of development. Also because, let's face it all, in 90 percent of cases these blessed self-editions are designs in pantograph-cut plywood, cut-fold metal etc. etc. Which commercially or culturally relevant company could it be of interest? ”. 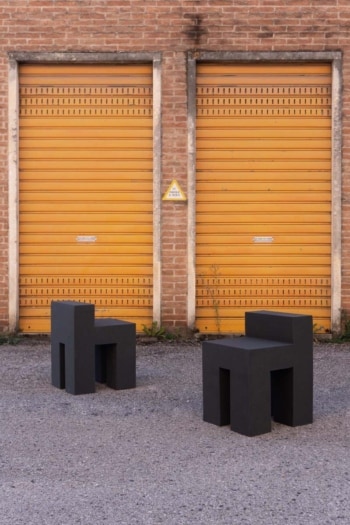 Please Hold Up by Finemateria

Obviously - as Biscaro himself recognized - the remaining ten percent of the self-produced design is of great value. A value that, in recent times, has grown thanks to the verticality of knowledge, skills and competences that the younger self-published designers have begun to inject into their productions. One of the most interesting examples comes from Denmark with Ukurant, the project of four curators based in Copenhagen which became an exhibition in September. Ukurant is a selection of young designers and their collections born from a close study of a technique or material , in the name, precisely, of specialization . But also an experiment to bring companies closer to self-production , given that the project has a company like Muuto as a partner. 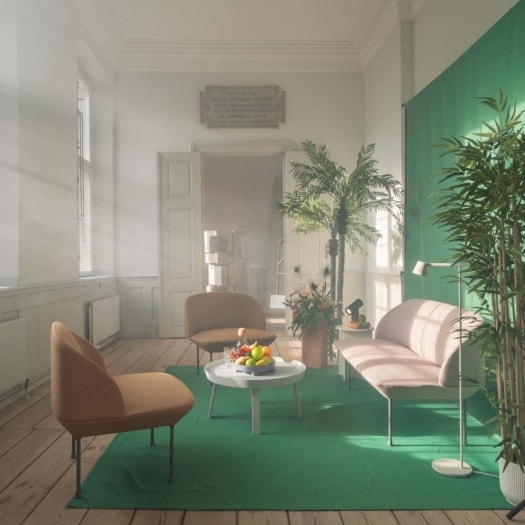 Explains Kamma Rosa Schytte, co-founder of the exhibition: “Ukurant is a selection of designers and projects to pay homage to those who specialize, to who masters a specific discipline or becomes an expert in a specific material or technique. At the basis of the project is the principle according to which there is no innovation without specialization. The challenges of our time need people with deep knowledge. And this also applies to the design. By building a strong community of designers with very different profiles and skills, we want Ukurant to contribute to the recognition of the importance of the specialization of young designers”. 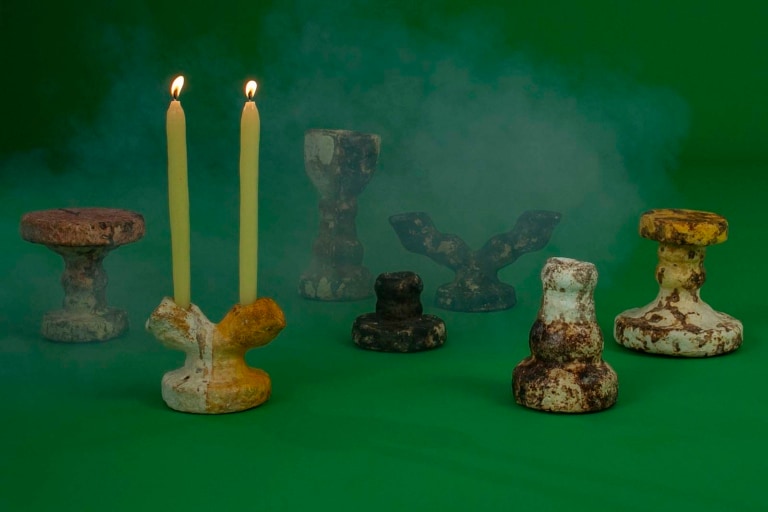 For this reason, in the Danish selection there are no generic creations, but artifacts moved by a verticality thrust on materials and techniques. There are, for example, the candle holders and vases by Maria Pita Guerriero made with mushrooms, the bottles in recycled sponge by Margarida Lopez Pereira, the small tables in transparent mouth-blown glass by the talented glassblower Alexander Kirkeby, winner of the latest edition of Edit Napoli. 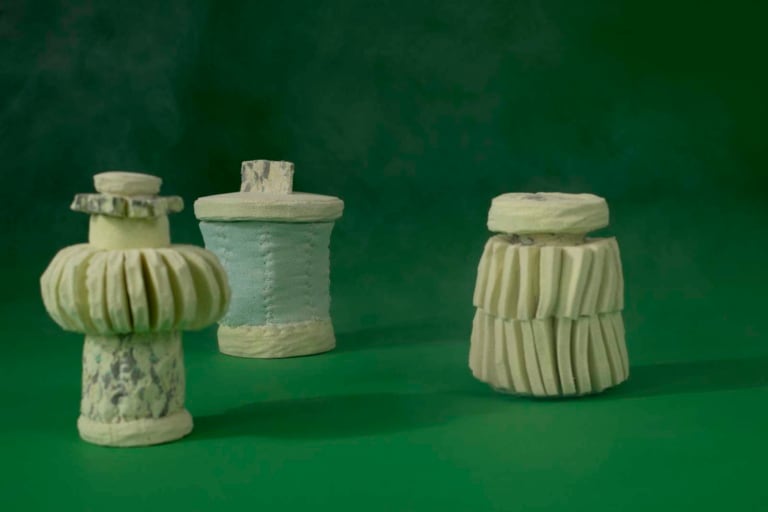 In Italy, this vertical approach characterizes the Finemateria. Stefano Bassan and Gianluca Sigismondi , half a century in two, released in 2019 by IED Milan and immediately afterwards winners of Edit Napoli with a project entirely based on expanded polyurethane exposed and transformed into the only material at the base of chairs and armchairs. “It happened a little by chance, entering a mattress factory and discovering the thousand possibilities that opened up between different shapes and cuts of a material that has always been associated with padding. Going deeper into that path was natural”.

Thus in 2020 Confort/Uncomfort was born, the chair where a block of polyurethane becomes the enveloping backrest that dialogues with the cold seat in aluminum, and last year the other two projects brought to Edit Napoli: Cutter Clouds is a sofa in three layers of polyurethane, a simple and minimal piece, where the material becomes shape and structure, while Please Hold Up is a chair, also in polyurethane, where the UP40 variant of the material, with high bearing capacity, allows the chair to stand without any other structure, which makes it a product with an element of novelty. 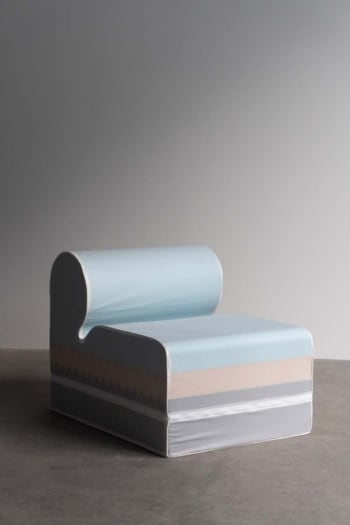 A happy way, that of Finemateria, to solve the classic industry / self-design dichotomy with the enthusiasm of the under 30s: “Maybe even in this we are children of a time that has accustomed designers to measure themselves with different realities and approaches always in a natural way. We see no conflicts in designing for a company and doing self-design at the same time. Moreover, this still seems to us a very Italian contrast. Abroad, especially in Northern Europe , many companies scouting among independent designers and, if they find an interesting project, they work on a conversion in which everyone can find themselves, the designer and the company itself. Here we are probably a little behind, from this point of view”.

Photo cover: Dk, series of glass tables made of transparent mouth-blown glass by Alexander Kirkeby, Ukurant Perspectives, Copenhagen, 16-26 September 2021. The Danish glassblower, with a collection of cups, tumblers, goblets and jugs, is also the winner of the award for the best novel of 2021 Seminar section of Edit Napoli 2021.