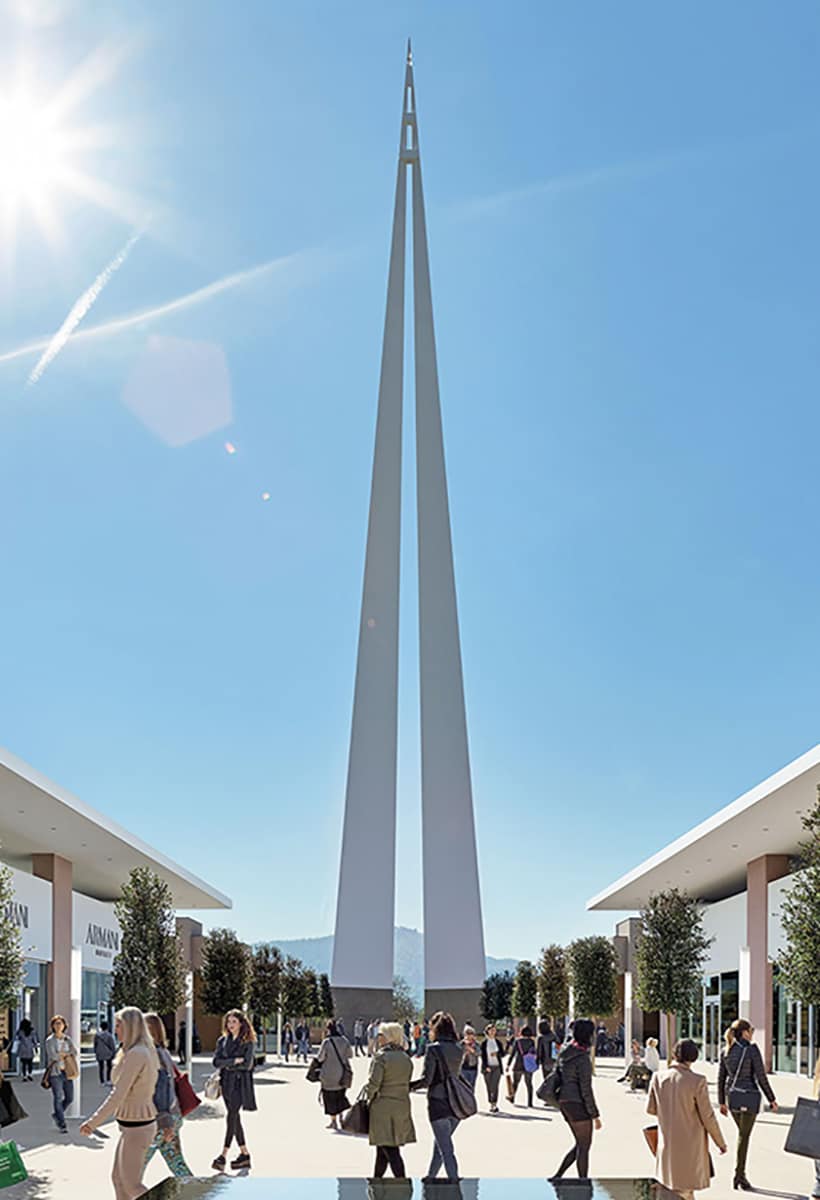 Lifestyle Center: the mall is about the city

Lifestyle Center: the mall is about the city

Sport, culture, services and listening to the territories, the shopping malls change their vocation

Omnichannel but also immersion, new catering formats for culture, entertainment and sport. The large spaces of commerce change strategy by also supporting urban integration and regeneration programs. What are the ingredients of the new retail spaces? We let the experts tell us about it ...

Promenade with terraces and gardens

"For three years I have been working on the new project of the Smart Mall Merlata Bloom, one of the most important in Europe for the Nhood Group", says Anand Remtolla, chief commercial officer of the Italian branch of the international company specializing in real estate consultancy and services.

The Milan branch manages 37 commercial assets for a total value of two billion euros in real estate assets and is involved in various regeneration urban projects, including the redevelopment of Piazzale Loreto.

"Before the pandemic, we had thought of a large commercial space on which we worked, giving it a more urban connotation and in strong relationship with the context of the neighborhoods that surround it: Uptown (EuroMilano), Cascina Merlata and the MIND (Lendlease) innovation district.

"We relied on the American studio CallisonRTKL", says the coo of Nhood Italia, "imagining these spaces as a large promenade with a food court of 43 restaurants; a fluid space characterized by natural light, with a system of green terraces.

A path of almost one kilometer covered by a glazed and screened structure, with a direct relationship with the 30 hectare park in front of the shopping mall and in continuity with one and a half kilometer of pedestrian paths of MIND, Arexpo". 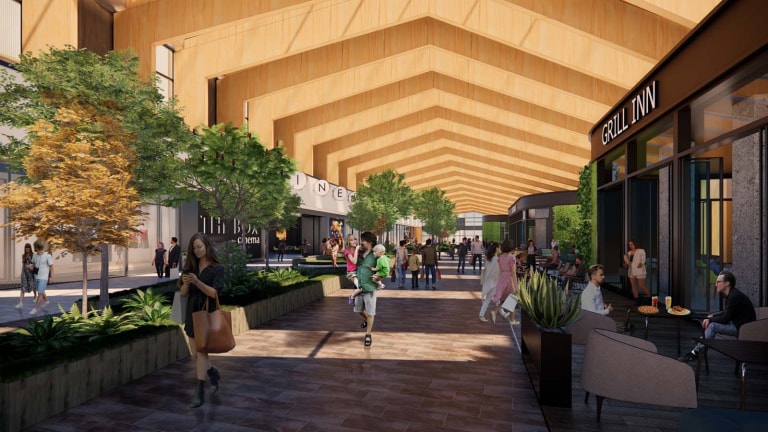 Of the 70,000 square meters of the Smart Mall Merlata Bloom dedicated to shops, 20,000 will be dedicated to entertainment with also a multiplex cinema. A committee composed of personalities and opinion leaders will define a schedule of events that will make this part of the city attractive also for its cultural offer.

An innovative functional structure that will respond to an extraordinary flow of people: about 100,000 a day between residents and professionals, in addition to the catchment area which counts 3,600,000 inhabitants in the 25 minutes of travel. 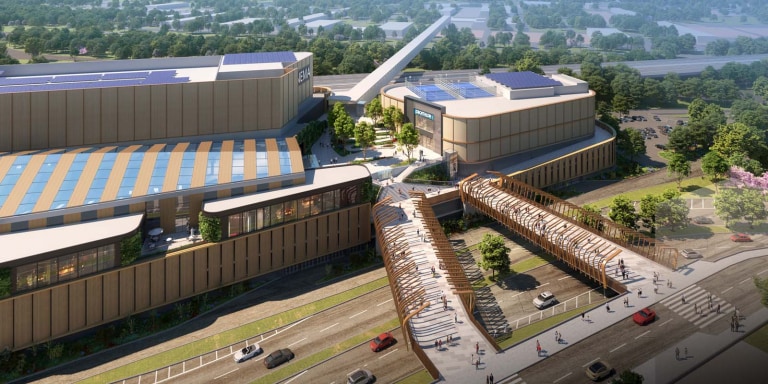 "The retail mix is also changing a lot", continues Remtolla, "we have reduced the presence of clothing by containing it by 35%, we have created a dedicated area to sport, over 10 thousand square meters for retailers in this sector.

Decathlon will build the most important flagship in the city with its offices and the roof of the building will house the multi-sports fields."

"The relationship with the city is today essential and virtuous: the center will welcome services for the community, and we have listened to the inhabitants with the help of a specialized company that has mapped their requests up to share the name of the new lifestyle center.

We are collaborating with the Diamo Lavoro Fund of Caritas Foundation Ambrosiana to facilitate access to the open positions of the nascent center for people in difficulty."

A value, that of urbanity, also recognized by the High Street signs, which are usually located in the city center and will open in the new Life Style Center. 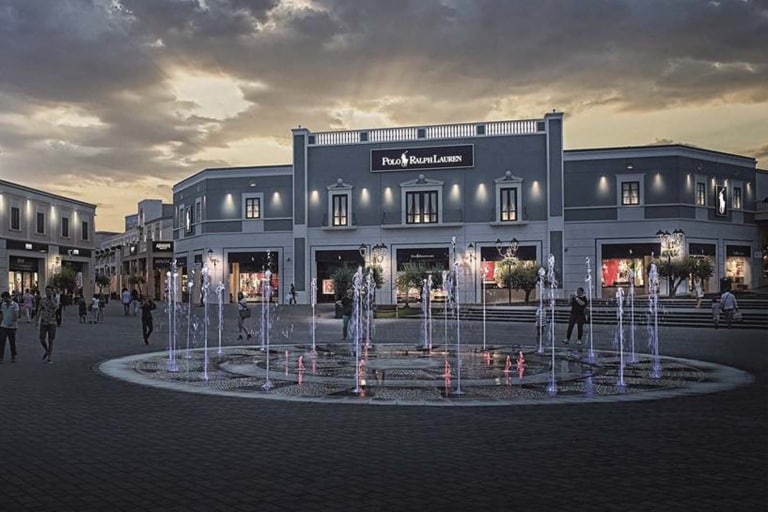 "During the health emergency there was a strong propensity to buy online and now there is a return to a preference for face-to-face experiences", comments Luca Nasi, general manager of Arcus Real Estate, a company of the 'galaxy' Percassi specialized in marketing and management of real estate projects for luxury retail, outlets and full price.

"This has led to the need for greater integration between online and offline, the creation of phygital shopping experiences that are transforming the use of space."

"We have not yet returned to the values ​​of 2019 but there is a higher average expenditure, and this means that the consumer goes to shop in a targeted and prudent way".

This has led landlords and retailers to rethink how they buy.

"For this reason, continues Nasi," We talk about a new shopping experience, not just a purchase. I choose from home what I will try or buy in the store. Online purchase to collect in person. The dynamics of purchase they have changed a lot and quickly. The stay in the commercial areas must be as comfortable and integrated as possible, also in terms of services".

"The areas common", continues Nasi, "and not only those dedicated to catering, are equipping themselves with spaces to allow a comfortable stay, even for working or to play sports , to organize events and for entertainment. The practice of hosting play areas but also virtual and 3D games, with nursery services, is consolidating."

The new shopping centers live with different audiences at different times and respond to the needs of the territories that host them: clinics, gyms, sports tracks, equipped green areas are all new destinations that find space in the latest generation shopping malls or that are about to be revisited. . 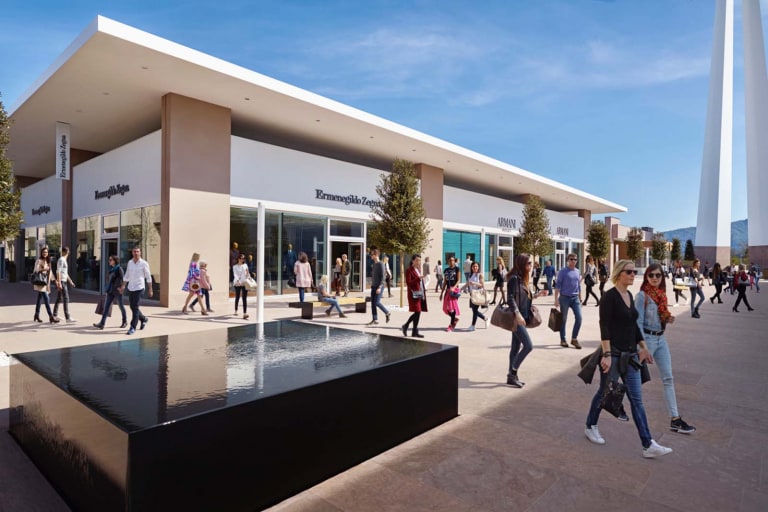 The link with the natural vocation of the territory

Nasi concludes: "Arcus Real Estate markets spaces in Orio Center, a shopping center with 280 shops and a very high presence of customers, an exemplary case of how commercial space can become a real hub, also of services, for travelers in transit and how the relationship with infrastructures and territories is of primary importance and virtuous to allow development sustainable development of these real estate transactions. "

Among the recent creations of Arcus Real Estate, Torino Outlet Village, designed by the architect Claudio Silvestrin, with a very refined vision of spaces and a almost daily destination.

The shopping center is an integral part of the city with a very high repetition rate, return to the outlet, 11 times a year. In Sicily, the outlet designed by Studio De8, located on the Catania-Palermo highway, can be reached in about forty minutes from Catania.

Here the reference to the urban dimension is intentional and valued: you walk inside a Sicilian village, immersed in a shopping experience and in a system of latest generation services. 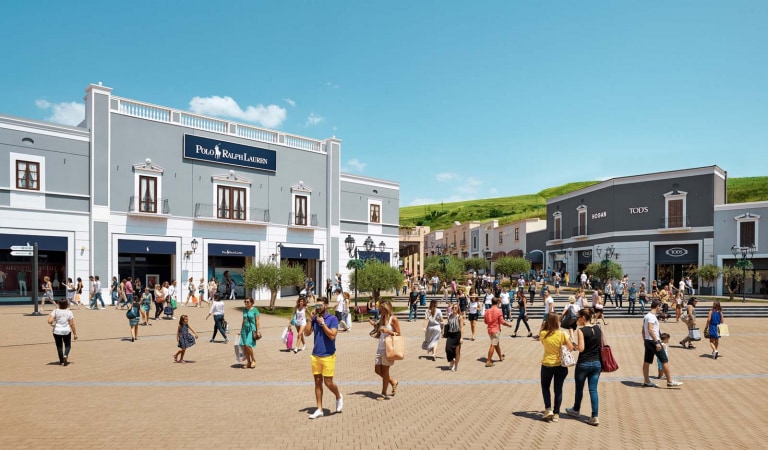 Giuseppe Leida Associati develops projects for individual brands and for retail chains in Italy and abroad. For Spontini he has designed restaurants in Italy, Japan, Korea, Dubai and Kuwait.

"In recent years, the digitization of processes purchasing has profoundly changed the relationship with shopping spaces. We need fewer products on display but with innovative concepts and phygital.

The new shopping malls foresee the creation of their twin digital , in which it is possible to have personalized shopping experiences. Shopping mall managers have always collaborated with tenants but now this process is continuous and interactive, we work on spaces and on creating a community of customers. "

The shopping center designed as a 15-minute city infrastructure

Competition between neighboring towns is growing and the goal is to capture a contiguous audience to make it come back several times a week.

Entertainment and services have therefore become substantial, such as spaces for diagnostics, care and sports areas. The shopping mall is increasingly to be understood as the infrastructure of the 'city of 15 minutes' that supports the communities and neighborhoods in which it is located.

"We must not forget the emotional dimension", remembers Leiden, "working on paths non-ordinary and the design of light , natural and artificial. Many of the retrofits of the old shopping centers dematerialize the roof.

We can no longer think of the mall as a fence. The maximum permeability, the differentiation of the accesses, facilitates the flexibility of the modification interventions and any planimetric evolutions over time. "

Impossible not to mention the trends. Leiden concludes: "A growing need to be immersed in green and therefore permeability of spaces towards equipped outdoor areas but also a biophilic concept attentive to easy maintenance and reduced consumption".

And then the design is already thinking about the reversibility and dismantling of the points of sale, with great attention to solutions that allow rapid operations, without major demolitions, and with increasingly low environmental impact materials.

Brands become ambassadors of sustainability, through products but also through sales spaces." 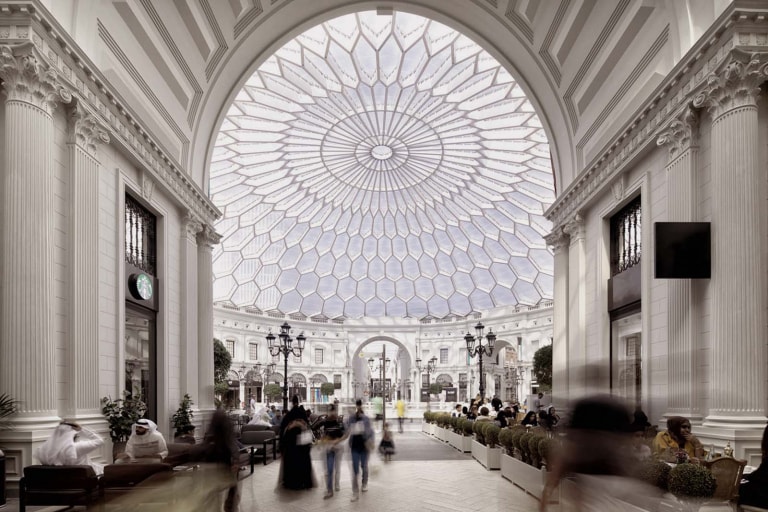