Urban
What is a circular city?

They are the natural consequence of smart cities, even if, to be honest, making a clear distinction is difficult. Circular cities have already been labeled as the cities of the future and are the ones that translate the vision of smart cities focused mainly on new technologies and the advantages they can offer, into one in which technologies continue to play an important role, but are inserted in a holistic perspective in which the objectives are economic competitiveness, environmental sustainability and social inclusion.

Ph. Remi Bertogliati - A building in the Clichy-Batignolles ecological district in Paris

You may have heard of the “city of 15 minutes”, theorized by the scientific director of the Sorbonne in Paris, Carlos Moreno, that is, a place where all services are available to citizens at a maximum distance of 15 minutes by bicycle or on foot. With several obvious benefits, certainly from an environmental point of view with a net reduction in pollution, but also in terms of quality of life and time gained, and then because this would give the possibility to create stronger bonds between people and to restore a sense of the suburbs. But circular cities are a step further and are the result of the intersection of different indicators that aim to measure the circularity of urban centers. 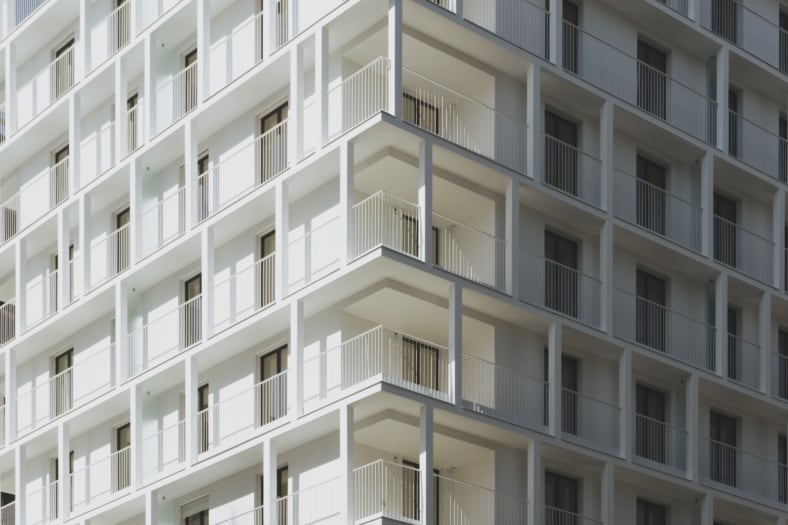 Ph. Pierre Chatel Innocenti - A building in the Clichy-Batignolles ecological district in Paris

Let's first take a step back to try to understand how we came to define and move towards circular cities. The best explanation comes from the data: according to the Ellen MacArthur Foundation (read here), in 2009 the number of people living in urban centers surpassed that of those living in rural areas, today 55% of the world population lives in cities and predicts that in 2050 it will reach 68%. Of course, the pandemic will certainly have an impact on these forecasts, but the trend towards urbanization will probably remain steady. Cities, therefore, have become fundamental for our lives and will be even more so in the future. But what about the fact that they are responsible for 75% of the consumption of natural resources, 50% of the production of waste, and figures that are between 60% and 80% of total greenhouse gas emissions? Not exactly a sustainable model. And it is that of the so-called linear economies, still typical of many cities, which take-use-throw. The future, however, looks to efficient economies, able to optimize earth's resources and lighten the footprint of man on the planet. And here we come to the 3 Rs of the circular economy: reduce-reuse-recycle. 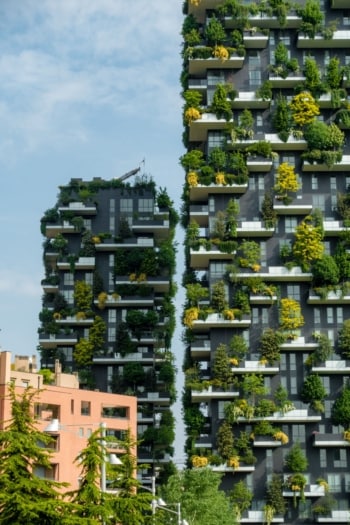 ph. Daniel Sessler - The buildings of the Bosco Verticale, Milan

This will therefore be the imperative of circular cities, reduce-reuse-recycle. At a European level, there are those who have already understood this: in 2015 Paris began a real process of transformation of its economic system, implementing the incorporation of circular economic models into its urban ecosystem. In London, the London Waste and Recycling Board was established, recently launched by the circular strategic plan of the English city, inviting sectors such as textiles, construction and catering, to implement solutions that offer added value to the circular dimension that is desired to acquire. Then there is Amsterdam, which has long been an active leader in the transition from the linear to the circular economy, which is now engaged in the development of solutions on urban circularity, capable of turning into pilot projects such as the Buiksloterham, which has been transformed from headquarters of some of the most polluting industries in the city, in an experimental area, where sustainable projects are studied and developed, with the aim of creating a district in which to live and work according to the principles of the circular economy within the next 10 years. 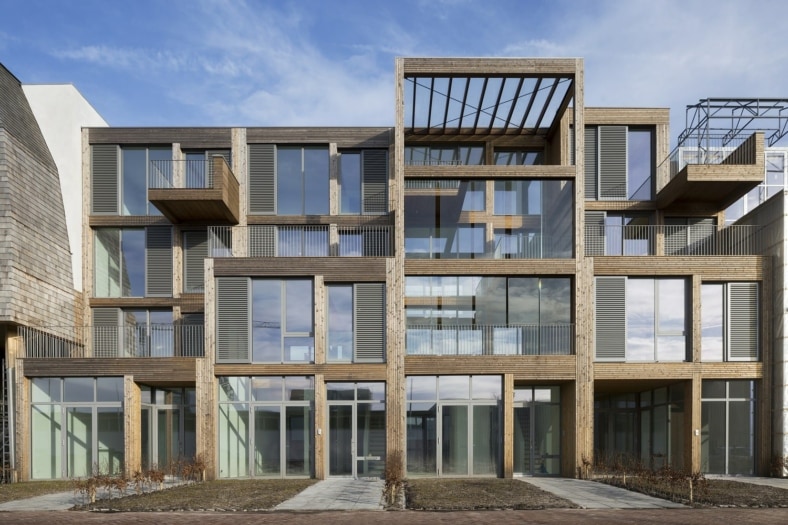 In Italy, the Studies Center in Economics and Regulation of Services, Industry and the Public Sector of the Bicocca University has recently published a research (read here) aimed at identifying some tools to measure circularity in urban centers, obtaining a ranking of the most circular cities. As I mentioned, the urban circularity index was obtained by crossing five indicators: sustainable inputs, social sharing, use of goods such as services, end of life, efficient use of resources. 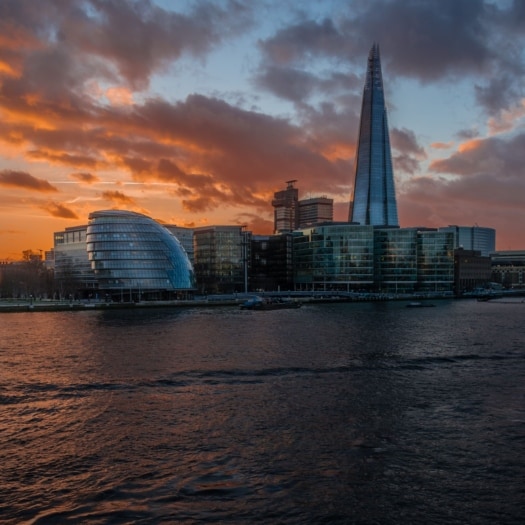 Sustainable inputs mean the use of renewable energy from photovoltaics or solar thermal in the public sector; the percentage of electric cars on the total number of vehicles registered; the percentage of zero-emission journeys out of total city journeys; the availability of urban green areas; the number of trees per 100 inhabitants. Social sharing includes annual municipal expenditure for the disabled and the elderly; the number of residential facilities for foreigners; the presence on the territory of non-profit institutions in relation to the number of inhabitants; the level of citizen satisfaction. To measure the efficient use of services and goods, the study takes into consideration the annual number of trips on public transport for each inhabitant; the number of cars available for sharing; the kilometers of cycle paths of various types; the offer of public transport; cars in circulation as a percentage of the inhabitants; the level of traffic congestion. 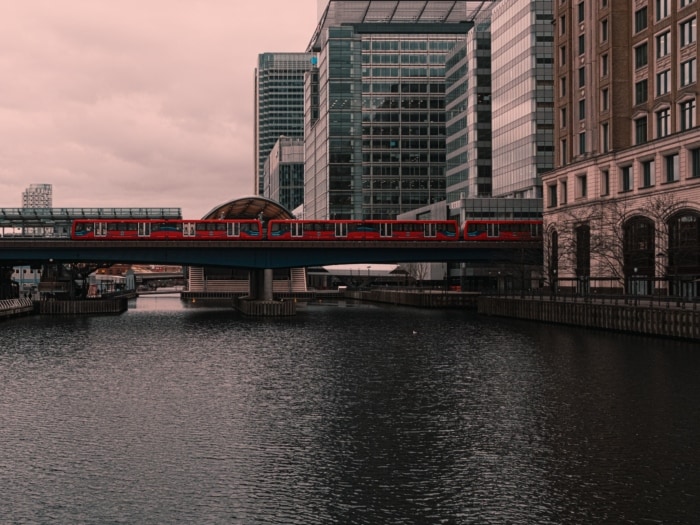 By end of life, on the other hand, we mean those indicators that measure the effectiveness of policies for the reduction of environmental externalities, such as the amount of urban waste produced; the diffusion among citizens of the practice of separate collection; the percentage of citizens reached by the door-to-door service; the percentage of water purification; daily water consumption per inhabitant; the concentration of PM10 in the air. Finally, among the indicators to measure the efficient use of resources are the dispersions of the water network; the percentage of efficient land use, given by land consumption per capita and by land changes in relation to residents; the amount of eco-patents filed; hiring in the field of green jobs; companies that invest in green sectors; the percentage of green companies out of the total of those operating on a provincial basis. 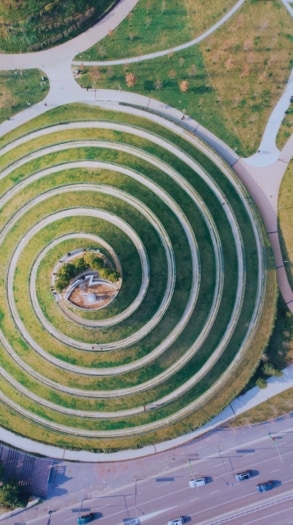 The most circular was Milan while at the bottom of the ranking we find Catania. In general, there are considerable differences between North and South, with all northern cities in the top 10 and a prevalence of southern cities in the last. It is certain that there is still a long way to go, we are only at the beginning of a journey that needs time and must take into account many factors. European policies are heading in the right direction and the Green Deal is a first big step towards concretely circular models.