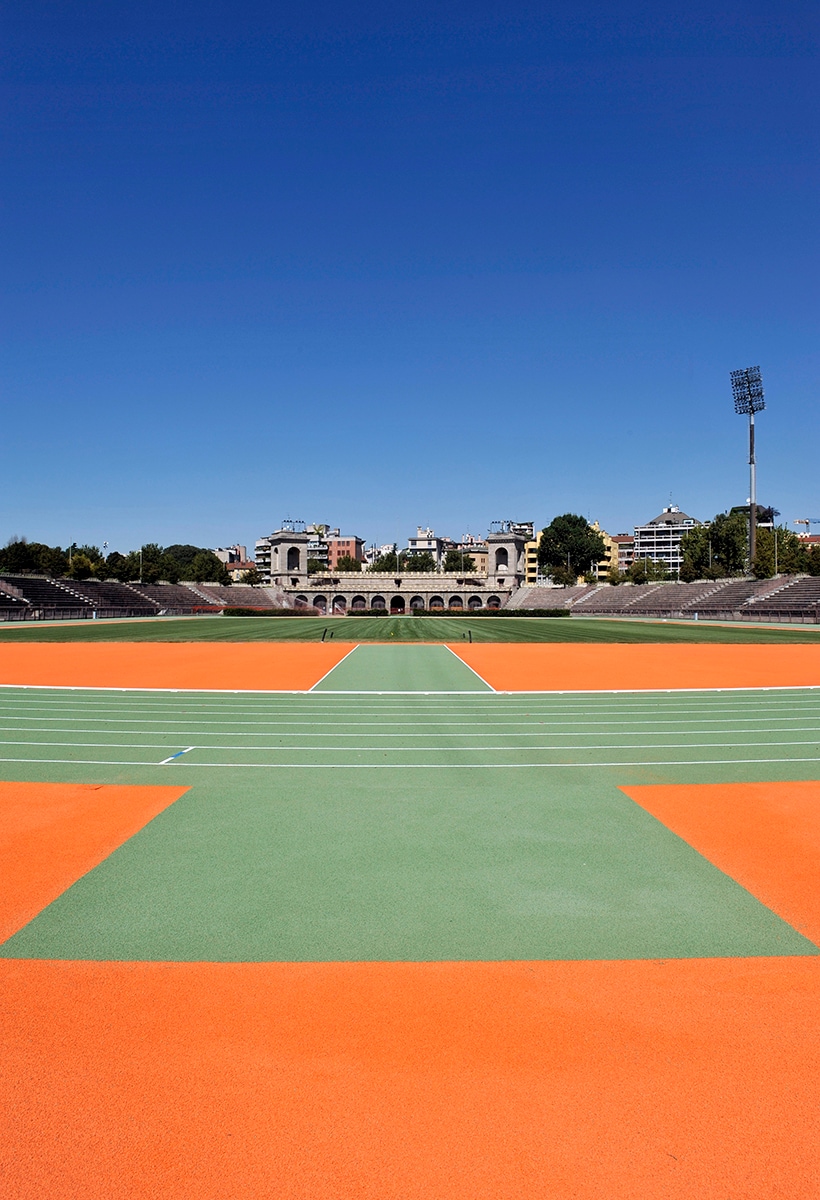 #sport
Sport outdoor: the Milan case
The health emergency is transforming the experience of sport. In a city like Milan, where the number of those who practice outdoor physical activity is growing more and more, the focus is on the suburbs and the potential of urban regeneration

There is no room for excuses. For those who live in Milan, just download the Sport App in Milan to discover the best places to practice sports in the city. You will not be disappointed: in fact, there are over 400 public sports facilities. It is a real flagship for the Lombard capital which sees in these places open to all, the backbone of the wellness system in the city. 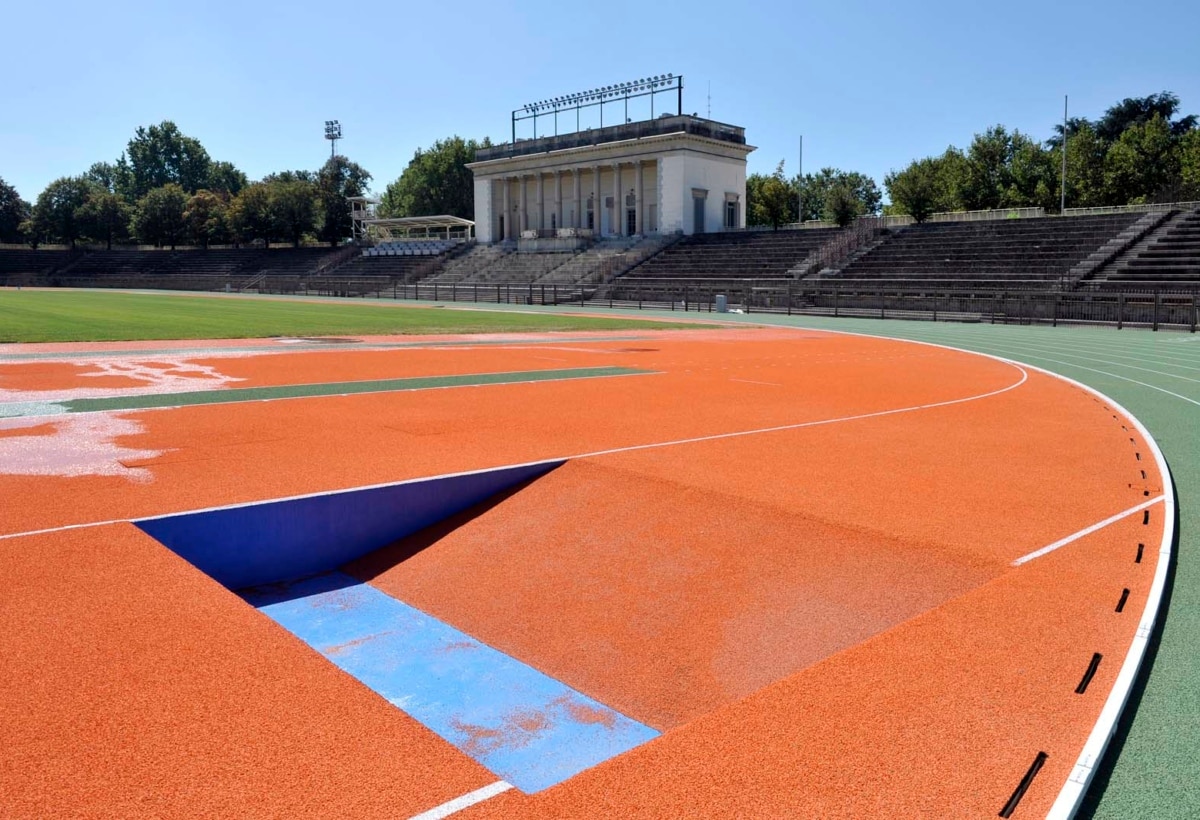 Some of these are symbols in the history of Milan and can be traced back to very wide territorial and landscape geographies. Like Parco Sempione, built in 1893 to a design by Emilio Alemagna and restored in 2003 by the Technical Office of the Municipality of Milan. What can you do in this green lung in the heart of the city, once a parade ground next to the Arena Civica and the Castello Sforzesco, which hosted the first Universal Exhibition in Milan in 1906? 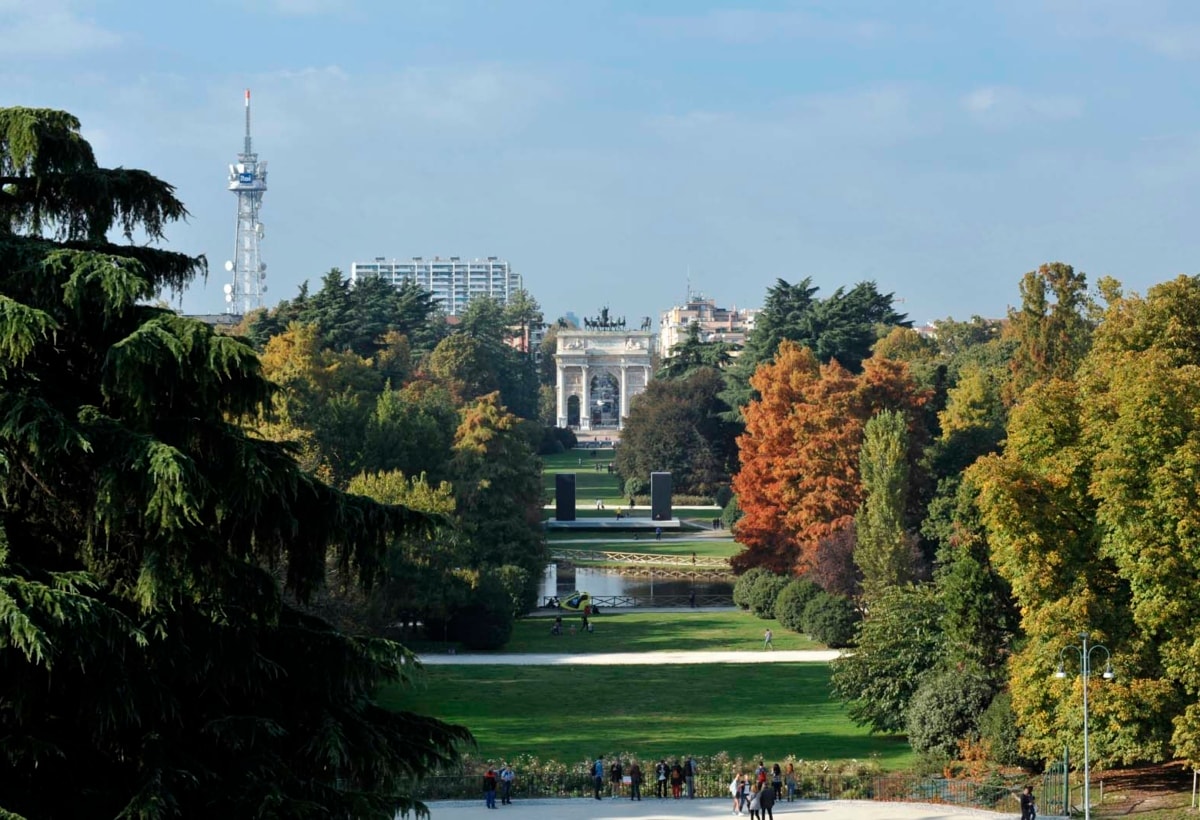 Six equipped play areas and other life paths are the proposal of another historic Milanese park, the Trotter Park, hidden from view by high walls, which was the city seat of the hippodrome until 1924, when it was moved to San Siro.

Looking on the outskirts, at the Parco Chiesa Rossa, located along the Naviglio Pavese, which takes its name from the old farmhouse, there is a basketball court surrounded by green spaces that contemplate rare specimens of black mulberry and Japanese medlar. Instead, in the park of Villa Scheibler, a municipal nursery in 1928 (but its history begins in 1400 when Ludovico il Moro made this place his hunting lodge), you can run or cycle along the avenues, admiring splendid trees of weeping sage, sequoias and cherries.

Yeah, the cherry trees. The trees also play their part in the Bicocca area, where the Collina dei Ciliegi, built in 2007 to a design by Gregotti Associati and the Land studio, is a park built on a 65 meter high hill. 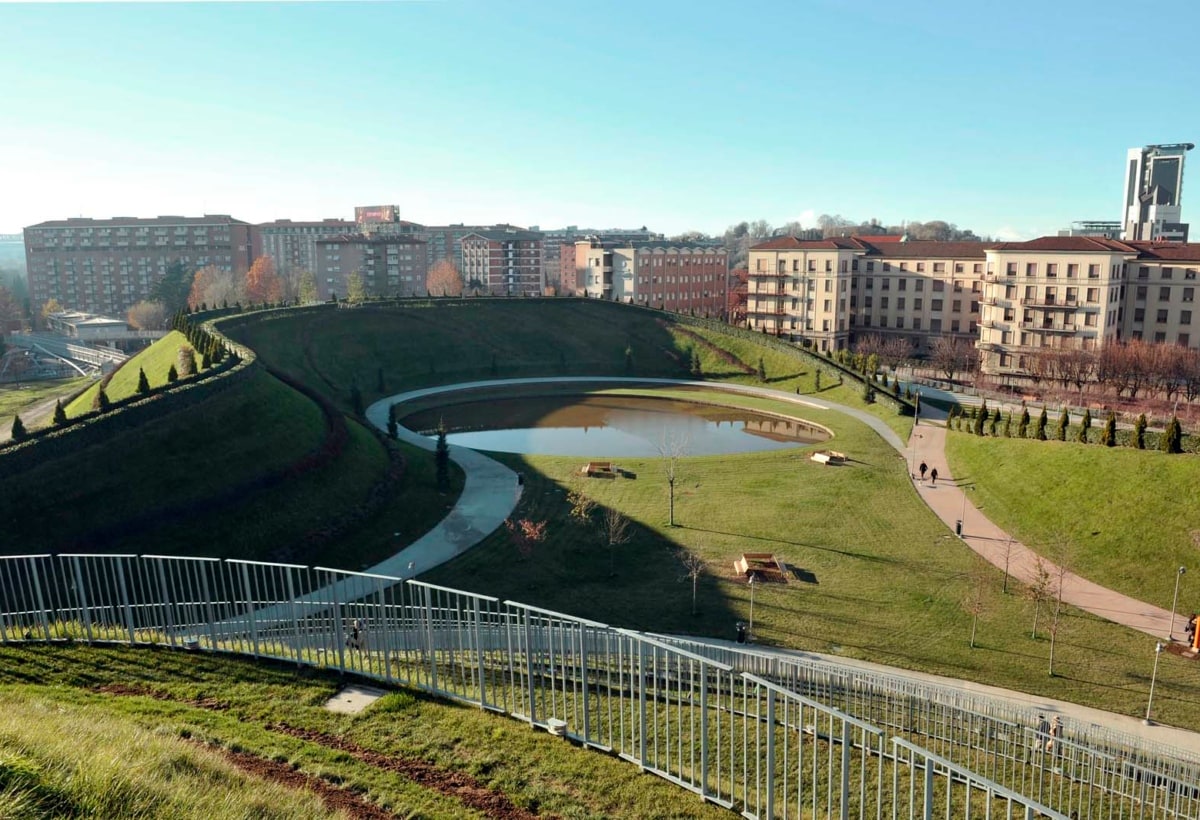 Because even the plain of Milan has its hills. The Monte Stella Park, better known as the Montagnetta of Milan, was built in 1960 on a project by the architect Piero Bottoni within a broader strategy of planning and reconstruction of the city after the war. Today this forms almost a whole with Campo XXV Aprile which offers an athletics track and tennis courts. Then there are the more recent wave hills that form the Alfa Romeo Industry Park, at Portello, built on the abandoned area of the car manufacturer and born from the thought of the hand of Andreas Kipar, Charles Jencks, Land. They act as a scenic backdrop to the central lake and one, characterized by a sinuous curved spiral line, was renamed 'the Gira-Gira' by the runners who frequent it. 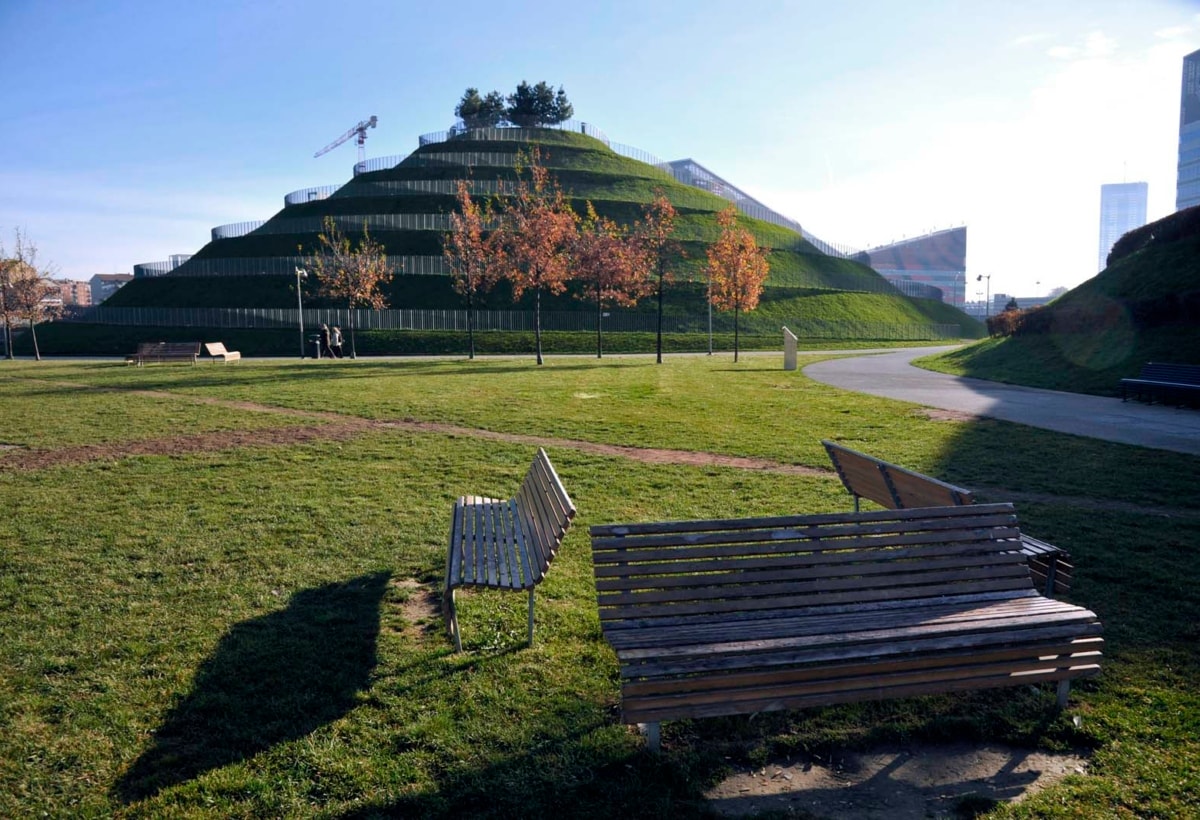 The new CityLife park, partly still in the construction phase, is undoubtedly part of the new Milan that elevates sport to an aggregating and socializing value, giving great importance to healthy spaces and environments, about 168,000 square meters of areas with tall trees, lawn and shrubs, signed by Gustafson Porter in group with OneWorks. 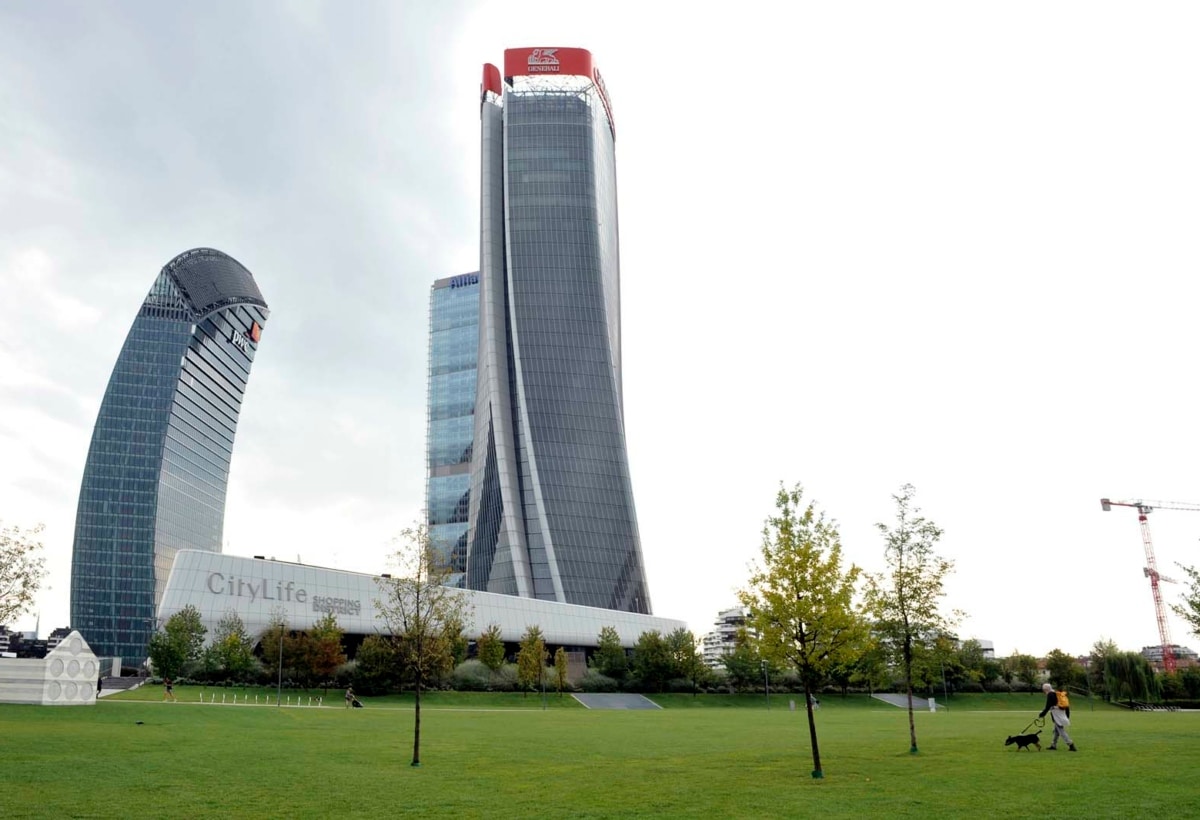 In Porta Nuova, the brand new Biblioteca degli Alberi, designed by the Dutch studio Inside Outside of Petra Blaisse together with Piet Oudolf and the Italian studio of Franco Giorgetta, with its nine hectares, represents the third green area with forgiving paths created by Italcementi of the Milanese center by extension, after the Sempione Park and the Indro Montanelli public gardens. 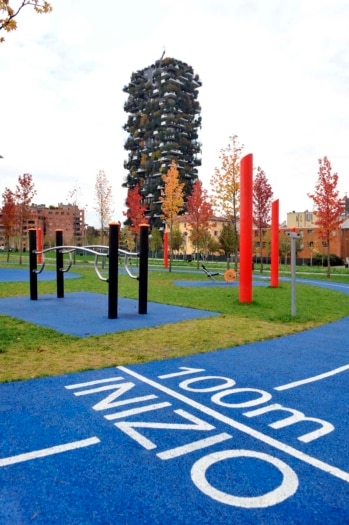 The Biblioteca degli Alberi is next to the garden of the Catella Foundation and its two bowling green which was designed by the Land studio. The premise of this project, explains Andreas Kipar of the Land studio, is “every landscape has its own soul, a reflection of the society that gave it shape, which must find man and his relationship with nature at the center”.

A triptych loved by runners is the one that includes the Parco delle Cave, the Parco di Trenno, the Boscoincittà (the latter, also equipped with equestrian trails, was built in 1974 on a project by FU-Italia Nostra, Ugo Ratti, Marco Bacigalupo, Giulio Crespi). 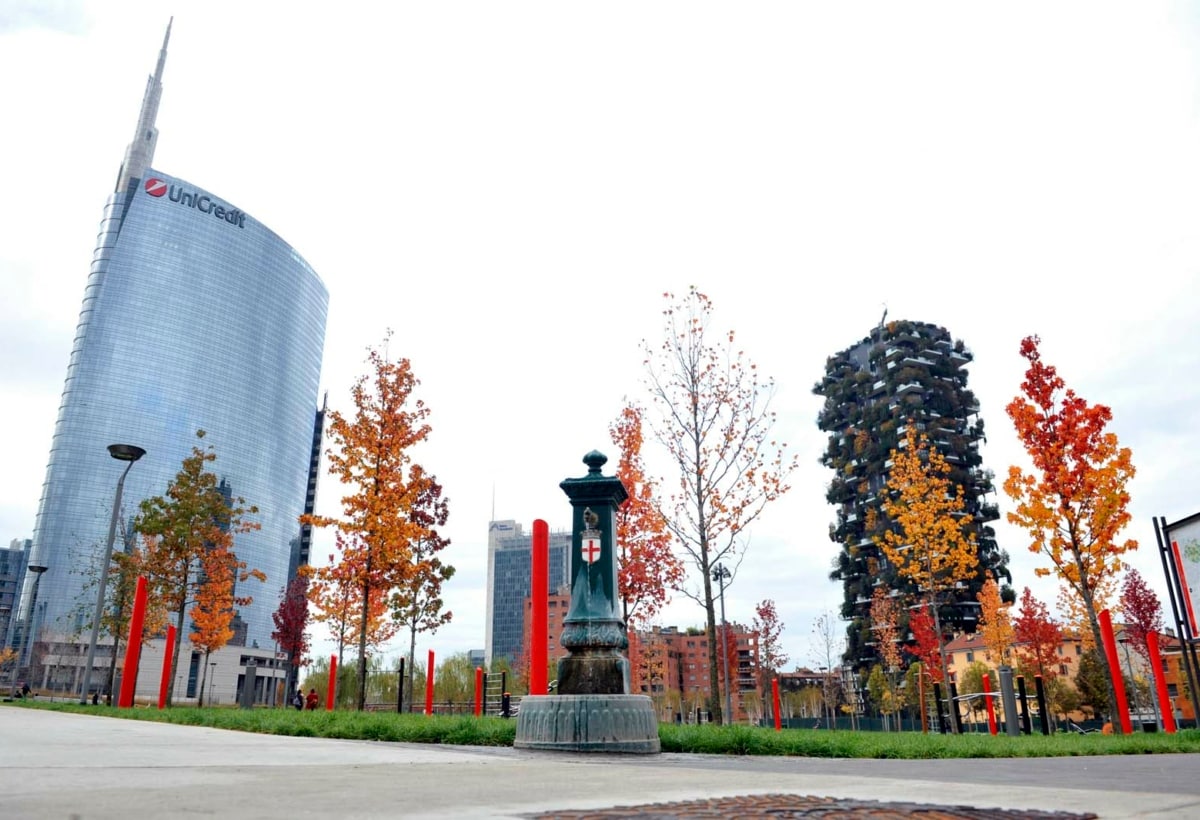 But the outdoor world encompasses all sports and leisure activities generally practiced outdoors, not just running and cycling. Located at the end of the large Forlanini park, the Saini is, among the many sports centers, the richest and most complete in terms of equipment and can accommodate all kinds of activities: from athletics to swimming, from fitness to tennis, from football to rugby. , from baseball to rollerblading.

At the Idroscalo you can practice water sports, from surfing to rowing, while the North Park of about 640 hectares integrates in its configuration a racing bicycle track that completes the offer of the legendary Vigorelli velodrome, after the redevelopment used above all for football American. 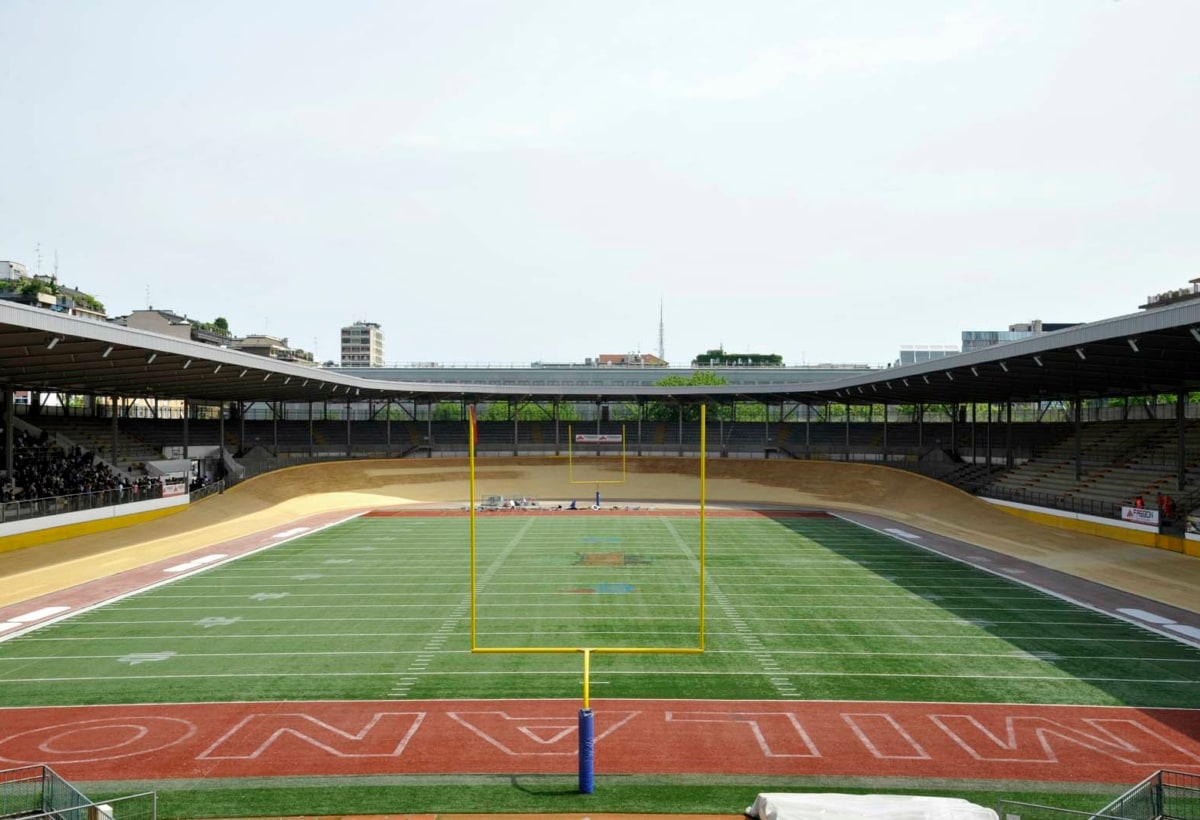 An injection of sporting vitality also comes – in the post-Covid era – from private initiatives. On 27 September last, the Vighignolo Training Center, Settimo Milanese, Milan, after having completed the plant safety and redevelopment works of a deteriorated and outdated structure, inaugurated the new 11-generation synthetic field of the latest generation built by Limonta Sport. An investment of half a million euros, also obtained thanks to sponsorships and donations, to be amortized over ten years, so as not to see the end of a story that began more than 50 years ago and continue to make children play, running after a ball. “We believe in sport and its educational values ​​and we played in attack to be able to return to the most beautiful normality, able to restore the spirit and sense of belonging to a community”, explains Riccardo Tarquinio, president of the U.S. Vighignolo Calcio, a small amateur football club that has 420 members and a team including women. The best things are also born like this. Ideas, passion, courage and will are needed to see the champions grow on the suburbs fields. 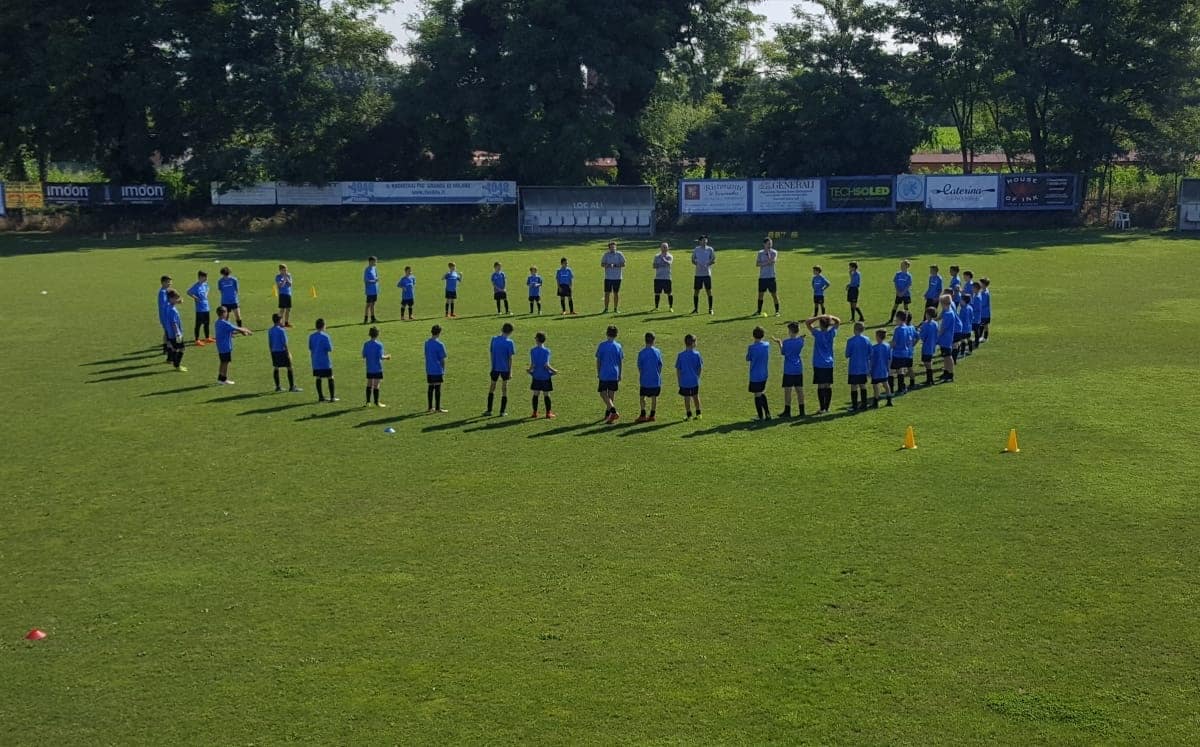 Can design save the planet?

Useful design is done together