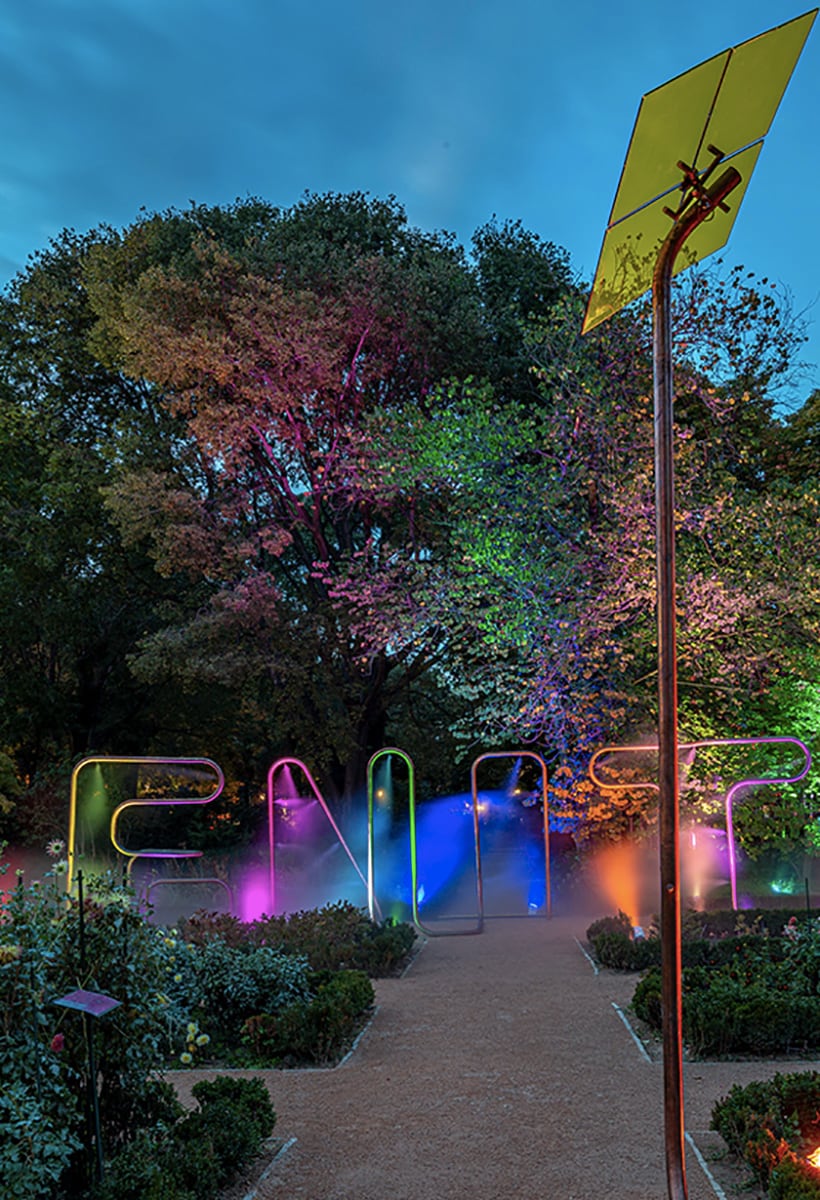 Enthusiasm for the Plenitude installation in Madrid confirms the key role of design, combined with science, in explaining sustainability to the general public

A truly amazing success. In just over two weeks, around 70 thousand people visited the Real Jardín Botánico in Madrid and admired the installation Feeling The Energy, a project interactive by Studio CRA, Carlo Ratti Architetti, in collaboration with Italo Rota, created for Plenitude and presented for the first time at INTERNI Design Re-Generation during FuoriSalone 2022 in Milan.

An exhibition between design and science

Between 27 October and 13 November, a veritable stream of people - families with children, botany enthusiasts, schools, tourists of all ages and the simple curious - crowded the famous Real Jardín Botánico in Madrid, a historic scientific and tourist destination located in the heart of the Landscape of Light, on the Prado-Recoletos axis declared since 2021 Unesco Heritage.

Thanks to an agreement between Plenitude and the management of the Real Jardín Botánico, in fact, visitors were able to access the garden free of charge with extraordinary opening hours, extended until eight o'clock in the evening.

It was therefore a unique opportunity not only to experiment with the five senses - a bit for fun, a bit as an exercise in ecological awareness - the different ways of producing renewable energy; but also to immerse yourself freely among the structures of the installation as evening fell, illuminated by colored spotlights that made it even more suggestive and clearly visible even by those who strolled past the gate surrounding the garden, along the historic Paseo del Prado. 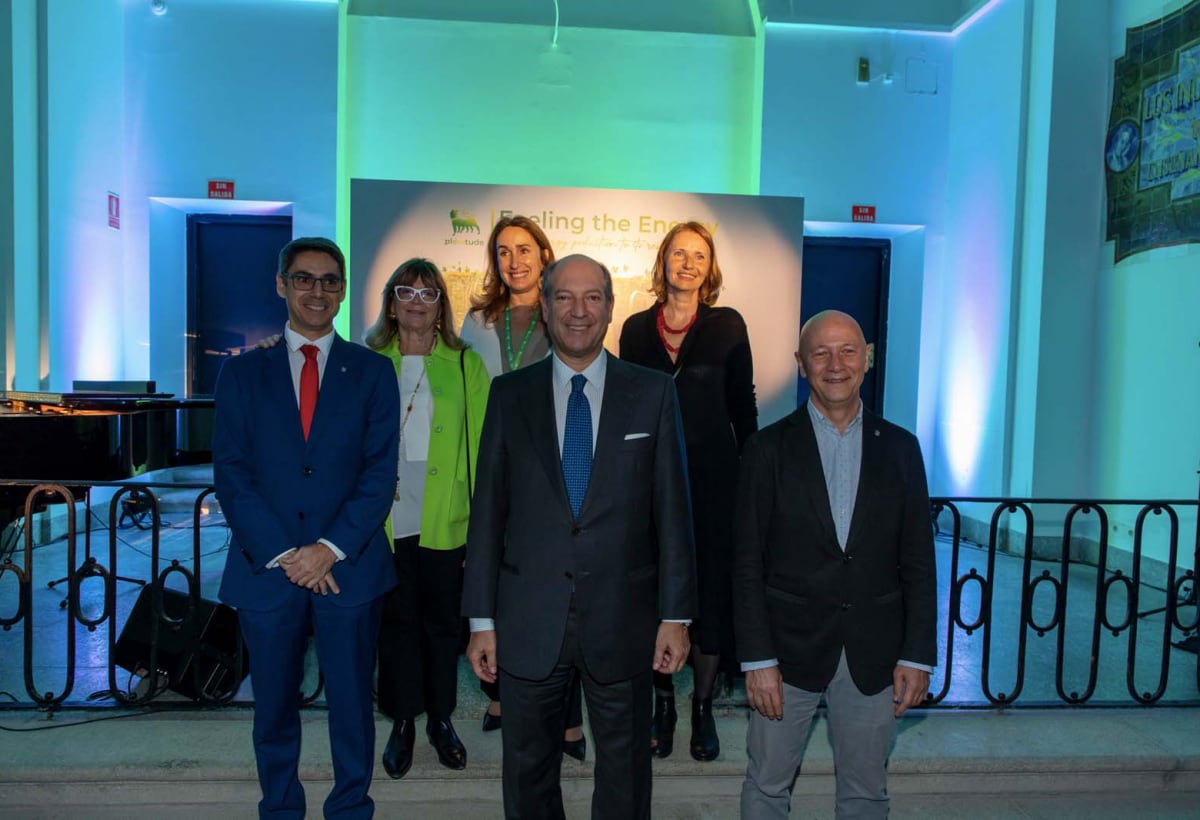 From the FuoriSalone to the Semana de la Ciencia

The installation Feeling the Energy was created for the first time for FuoriSalone 2022 at the Brera Botanical Garden, on the occasion of the INTERNI Design Re-Generation exhibition-event. The various components of the installation were then adapted to the much larger spaces of the Real Jardín Botanico which amplified the effect of the interaction of the artificial elements with the surrounding nature.

The 500 meters of copper pipe emerged here and there from the ground creating unexpected plays of light, colors and aural suggestions among flower beds, rows of hedges and tree branches.

Considering the focus on topics such as energy and sustainability, the Plenitude event in Madrid was included in the context of the Semana de la Ciencia e Innovación (annual event promoted by the Comunidad of Madrid) with the patronage of the Italian Embassy in Spain.

In fact, the concept revolves around clean energy generated by people for people, where wind and sun, wind turbines and solar panels, sound vibrations and the centripetal force of human drives represent a simple and sustainable form to produce energy while respecting the planet. 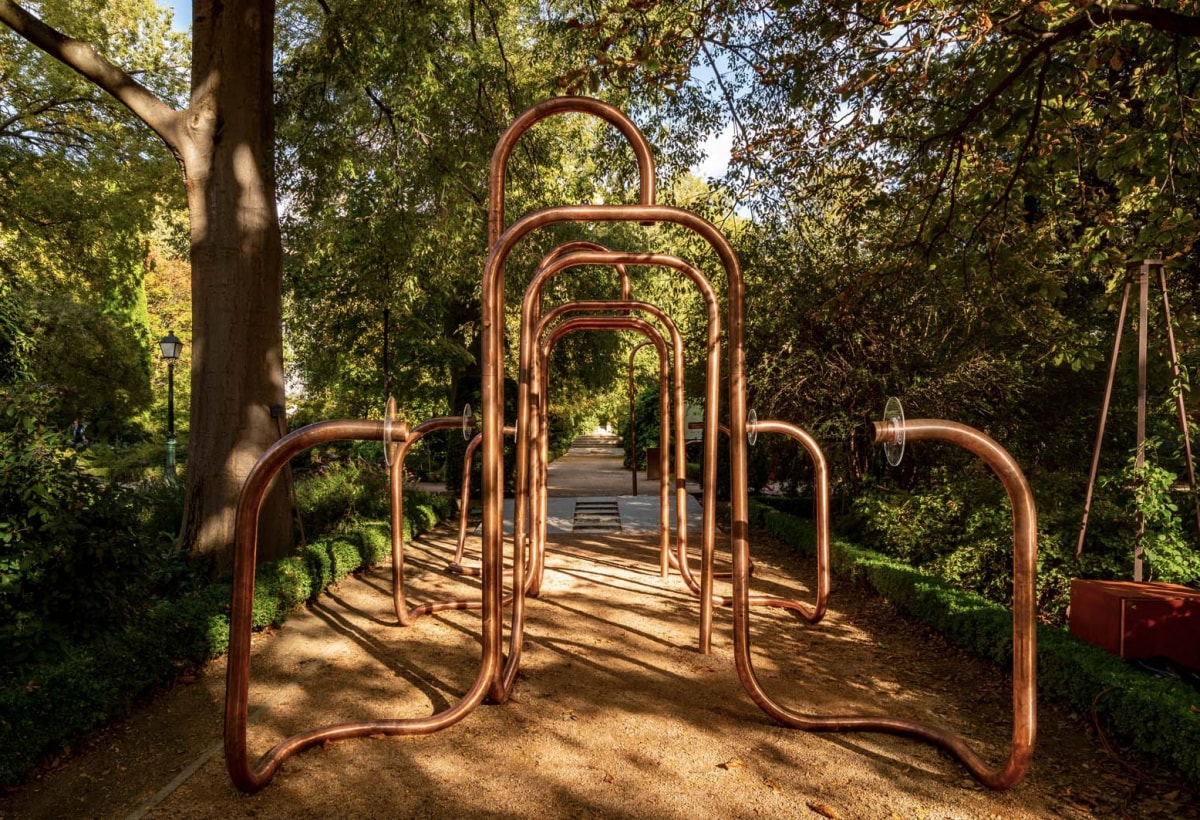 The two locations: the Real Jardín Botánico in Madrid and the Brera Botanical Garden

The Real Jardín Botánico of Madrid – which today depends on the CSIC (Superior Scientific Research Council) – was born in 1774 on the initiative of King Charles III of Bourbon, based on a project by the Italian Francesco Sabatini and Juan de Villanueva, the architect of the Prado.

It occupies eight hectares in the heart of the Spanish capital, next to the Prado Museum (formerly the Natural Sciences Cabinet), and a stone's throw from Atocha Station and the Retiro Park, where also an astronomical observatory. It is luxuriant, well cared for and houses more than 5,500 plant species , including a wonderful collection of bonsai and 28 trees, by age or size.

There are many similarities with the Brera Botanical Garden, which today belongs to the University of Milan, but which was established in the same years on the initiative of Queen Maria Theresa of Austria, together with the adjacent Astronomical Observatory.

Despite the differences in extension, in both cases they are living museums that house a great plant biodiversity, where plants are ordered according to the classic method of Carlo Linnèo, the father of the scientific classification of living beings , and where science, art and nature coexist, giving life to a landscape with romantic tones. 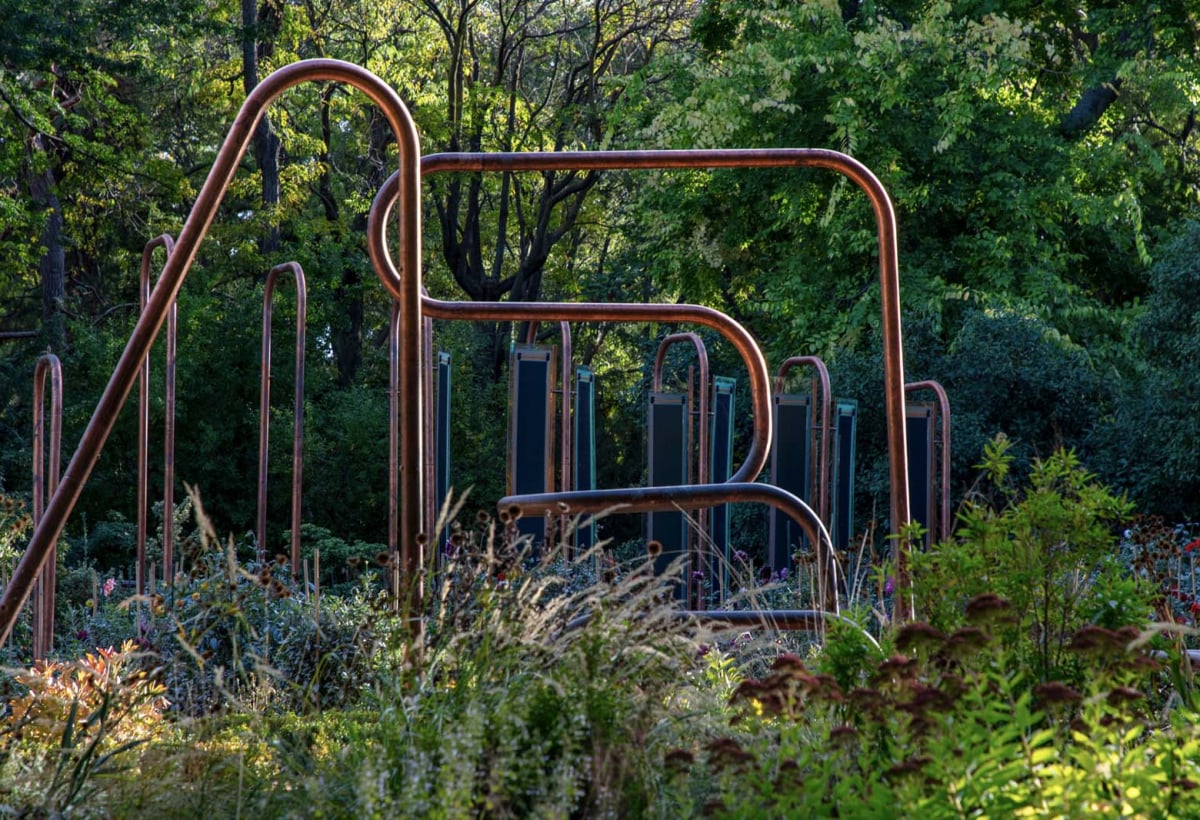 The success of an unprecedented initiative

"In the days when Feeling the Energy was exhibited, we received three times as many visitors who usually cross the gates of the Real Jardín Botánico every day", comments Esteban Manrique, director of the institution and Csic researcher specializing in plant ecology, i.e. in the study of the effects that climate change produces on the Mediterranean ecosystem.

"We are delighted with the success of the initiative by Plenitude and INTERNI, which has allowed, among other things, many people to visit the Real Jardín Botánico free of charge, together with the Feeling The Energy installation , discovering its treasures".