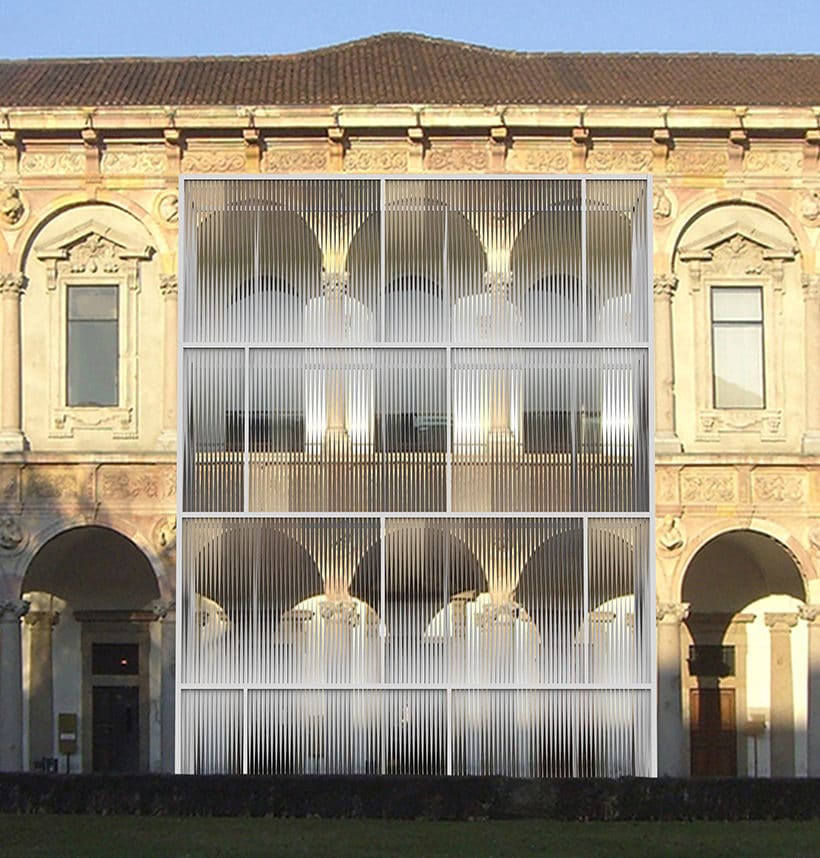 A structure capable of changing with the vantage point, a link between the space and the passage of time. Kōchu expresses the tension between material and immaterial. Its name means “pillars of light”.

It is made of 1160 sheets of aluminum, 3 m height and 7 cm width by an overall height of 12 meters. The twisting of the parts makes the architectural composition ethereal, in a variable relationship with the context.

Realized with the Japanese material Fortina produced by Toppan, the strips are covered on one side with wood and metal-effect film creating games of color and chiaroscuro on the inner and outer surfaces of the installation.

Luca Trazzi, with the language of transparency, lightness and resulting force, stages the Japanese identity of Fortina produced by Toppan, interpreting its materic quality, vast selection and the potential of the products.

The installation interacts with natural light, changing its appearance at different times of day, and with artificial light, built into the feet of the base, grazing and shading up the outer surface, to gradually dematerialized its volume, making it evanescent, physical but in constant evolution.