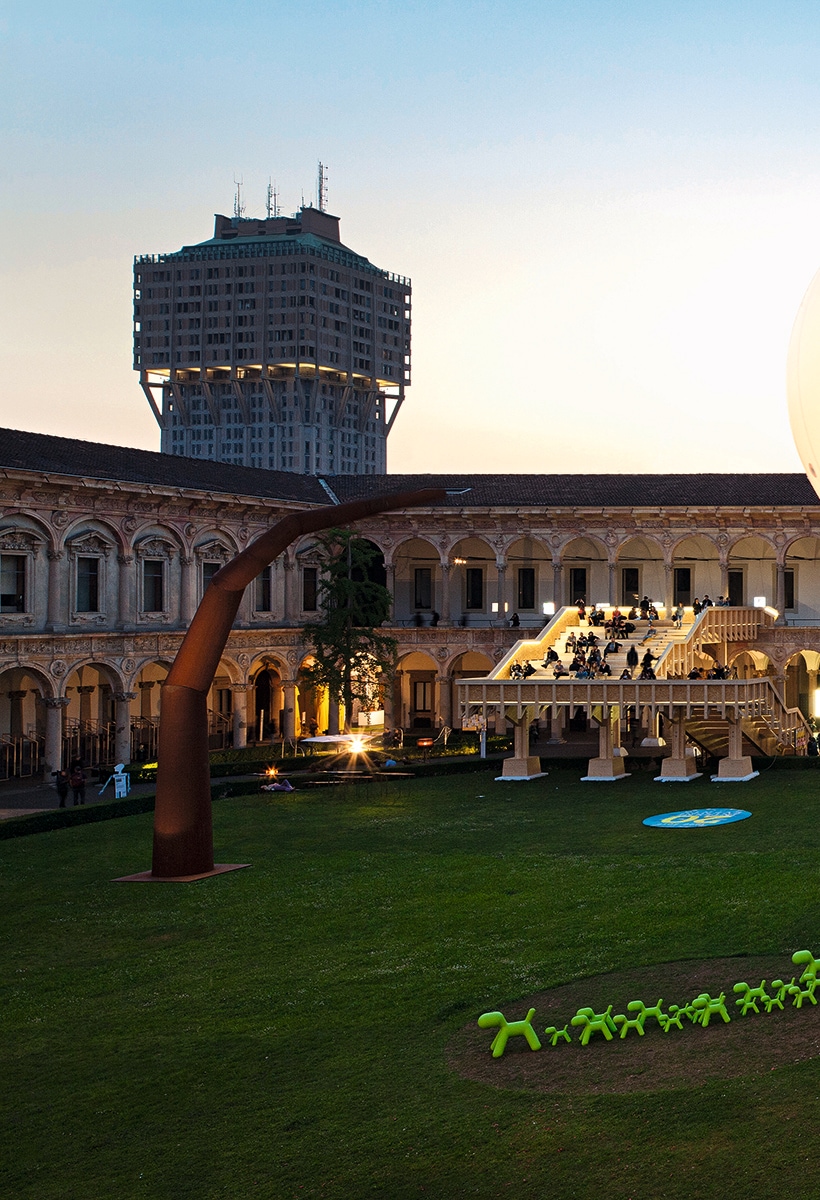 FuoriSalone 2021: what to expect from the Milan Design Week events

#Design Week 2021
FuoriSalone 2021: what to expect from the Milan Design Week events

FuoriSalone 2021 will have a full calendar of events (to which INTERNI dedicates its FuoriSalone 2021 Guide). But a question hovers among the insiders: what can one expect from a Design Week linked to a Salone del Mobile so different from the traditional ones?

Milan is preparing for FuoriSalone 2021 with a full calendar of events (to see which ones count, starting from the beginning of September, INTERNI will have its FuoriSalone 2021 Guide, also distributed with the September paper edition). And, as Milan Design Week 2021 approaches, the feeling almost seems to be – despite the heat and the desire for a holiday after the months of segregation – that everything has remained as before: the adrenaline of preparation, the anxiety of performance , the FOMO (Fear of Missing Out) for events not to be missed.

The reality, however, is that FuoriSalone 2021 will not be like any of the previous ones and the reasons are linked to the new nature of the Salone del Mobile 2021, or the SuperSalone: a new concept (which we wrote about here) and probably the only one possible in the complex context in which it was born (about which we wrote here), after the sudden resignation of Claudio Luti as President of the Salone del Mobile.Milano. But also one that definitely changes the cards on the table. 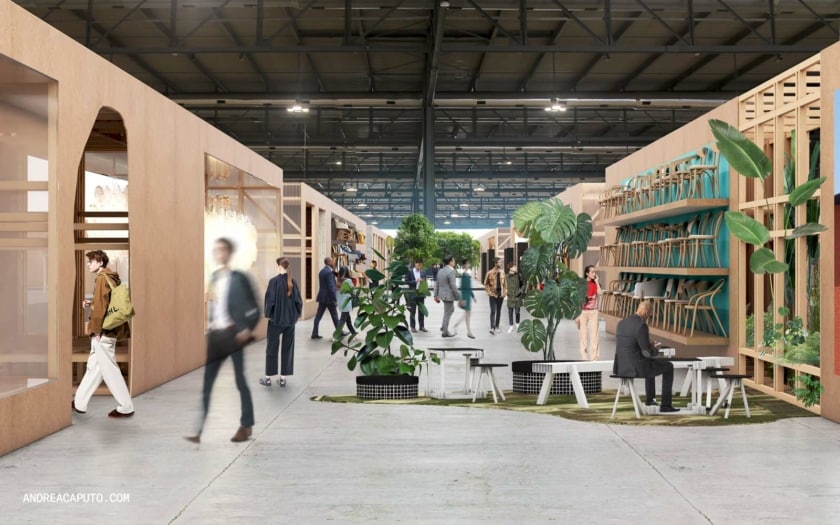 The first reason that will make FuoriSalone 2021 a special edition is in fact linked to the very nature of the SuperSalone. Which, as has been said, will have nothing to do with the fair that we are used to seeing in Rho.

Read also: Maria Porro is the new President of the Salone del Mobile.Milano

Open to the public for its entire duration, the SuperSalone did not make traditional stands available to exhibiting companies but walls to be set up vertically with very limited spaces for business meetings. In short, the SuperSalone will be more of a popular event than the classic gathering dedicated to retailers and architects. As curator Stefano Boeri said, the concept has been based since its inception on three pillars: “no stands, purchases through e-commerce and opening to the public”. A sort of Design Library that speaks to the public intended as final consumers, to whom numerous events and happenings are also addressed: there will be schools, you will learn the history of design in collaboration with ADI Compasso d'oro, there will be dedicated events to food. Many of the things that are usually found at the FuoriSalone.

The second reason that has an impact on the type of events that we will see at FuoriSalone 2021 is linked to the theme of attendance, those of the SuperSalone. Between fears related to the pandemic, dancers quarantines and the very unhappy dates chosen, how many will actually travel to come to Milan for a SuperSalone designed for consumers? The Milanese, the Italians will obviously all be there (and this is already a very important catchment area for the world of design). But how many will succeed from the rest of Europe and the world? In short, the international atmosphere that is normally breathed will probably be lacking or will be decidedly limited. As well as the number of visitors themselves (in a pandemic period, the opposite would be a problem). 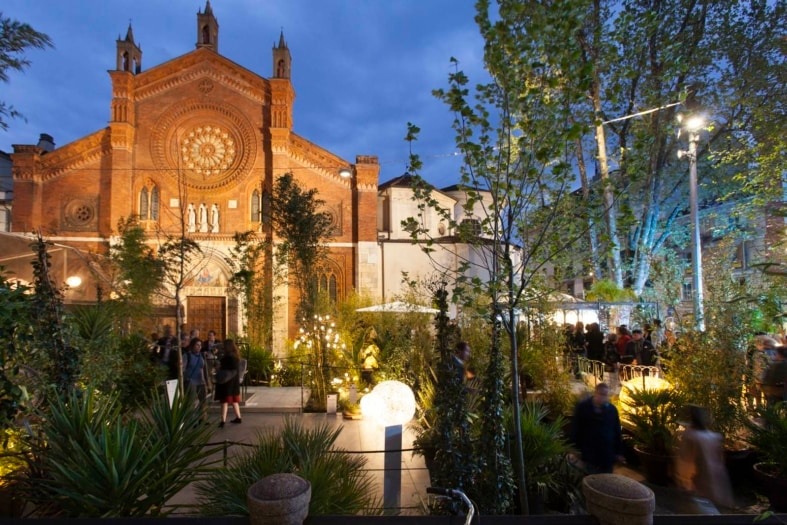 Events and showrooms at FuoriSalone 2021

The consumer-oriented revolution of the Salone del Mobile (where, we imagine, on Sunday 5 September there will also be a full press, such is the curiosity to see what the new concept will be like) will change the focus of the FuoriSalone itself.

In fact, many hypothesize that the city Design Week – especially for brands that have an important presence in terms of showrooms – will leave much more space than usual for the presentation of new furniture than traditionally. With companies that will welcome retailers and architects in their private spaces, in small groups, rather than at the SuperSalone. With the Salone del Mobile (the traditional one, which many already call “the real one”) six months later, it is also very likely that the products that will be seen in the showrooms are not all real news but rather solutions offered for the first time. in presence but already told at the previous digital Milano Design Cities. Looking forward to launch the cargo from ninety to the 60th edition of the Salone del Mobile in April 2022.

Those of the insiders who will come from abroad, if they do come, are therefore very likely to be present in the city, in a showroom and at the events of FuoriSalone 2021, rather than at the fair, where instead it is legitimate to expect (precisely following the design concept ) that the spaces are conceived by companies as an opportunity to tell the general public more than to present the news to retailers.

FuoriSalone and SuperSalone: events in a phygital version

The phygital will reign everywhere. Because it is clear that if the public cannot come to the events, the events will go to the public. Everyone – from the SuperSalone (on the new online platform of the Salone del Mobile read here) to the various design districts – are now equipped with a digital structure capable of telling their story, often in real time. The traditional FuoriSalone Interior Guide will also be in a digital version and in an expanded format, similar to that developed for the Interni Designer's Week in September 2020 and April 2021. 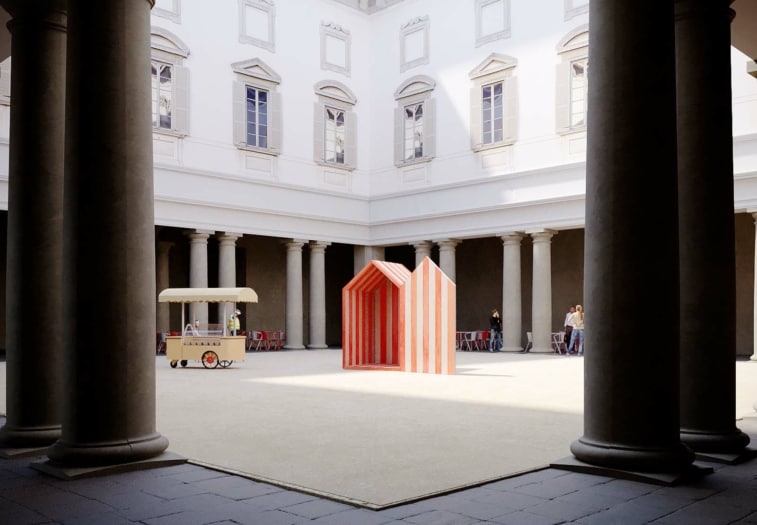 5Vie, Design Variations 2021 by MoscaPartners, A Beach in the Baroque by Aires Mateus

What will we see at FuoriSalone 2021?

The FuoriSalone 2021 will therefore be something very different from what we are used to: less crowded, less international, with a much smaller number of events-kermesse and more attention to production especially in areas (such as Durini and Brera) where it is very high the presence of consolidated showrooms.

A FuoriSalone very focused on the city center but which, fortunately, does not give up the centripetal thrust in search of new spaces in the area and adds locations of great charm (such as the historic and decadent one of Alcova a Inganni, the industrial one of the new Superstudio Maxi), incorporating new areas (such as Alpha District al Portello and the Monumentale area where, in addition to the ADI Design Museum, there is also LOM - Locanda Officine Monumentale, a design factory). An FuoriSalone where the focus – both for companies and young designers - remains the search for increasingly sustainable solutions (not surprisingly, the great INTERNI Creative Connections event is also dedicated to this).

Streamlined in terms of playful happenings (and often useless and wasteful, we would like to say), FuoriSalone 2021 will therefore be an event for true design enthusiasts rather than for the hordes of general public, the one attracted by cocktails and the wow effect. of some initiatives (which, in this edition, seem not to exist). 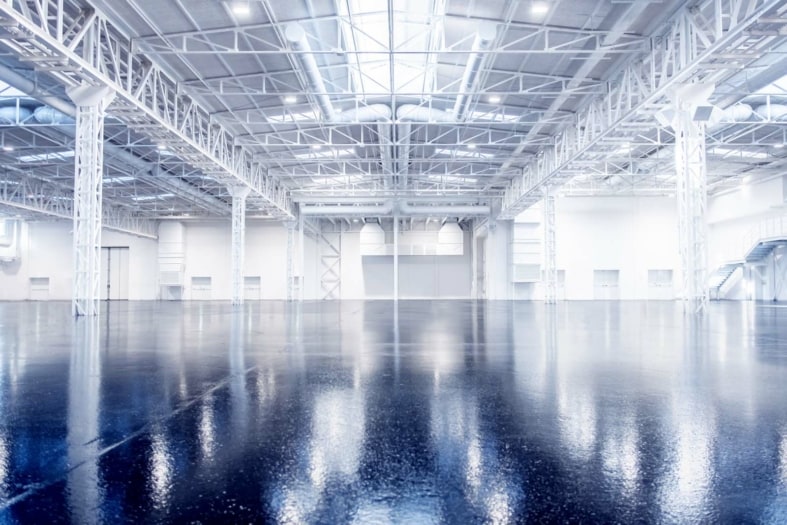