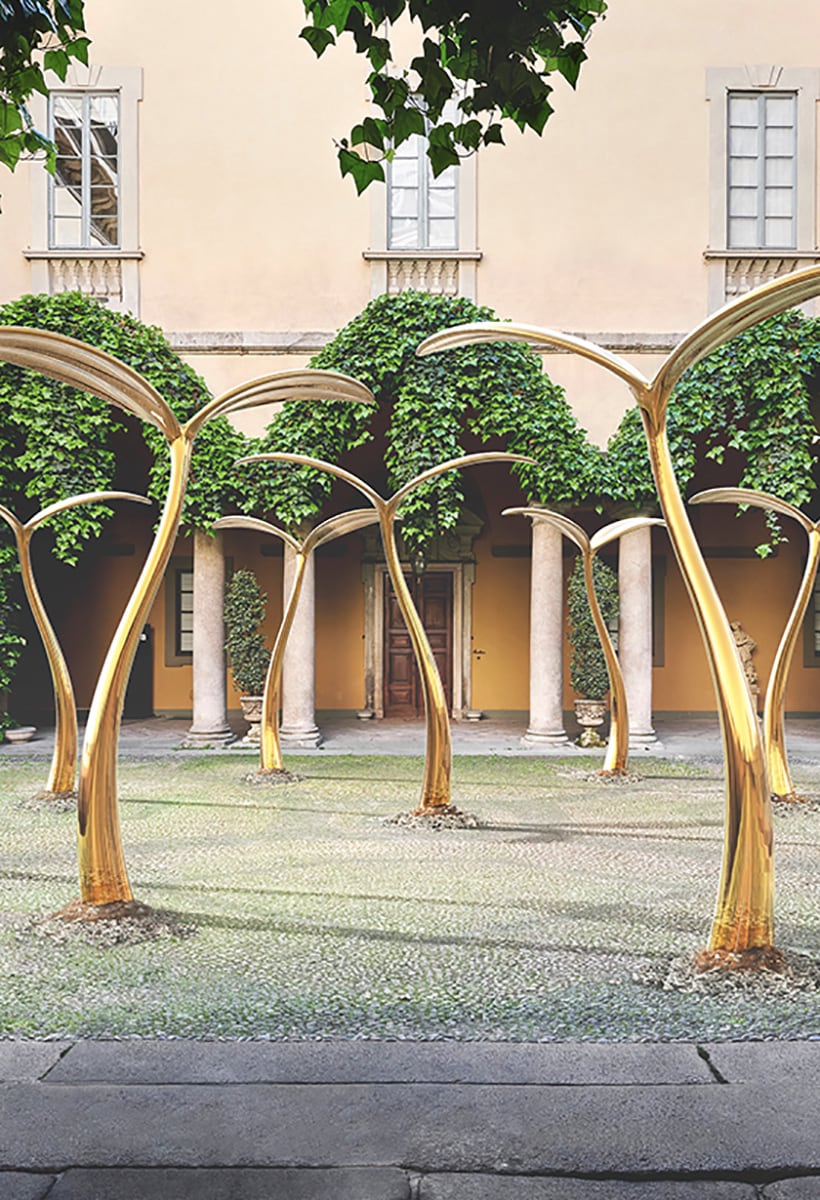 Design Week 2022: the center and surroundings

Design Week 2022 accommodates in the Milanese historic buildings. And the avant-garde seeks dialogue with grandeur and luxury

Thinking about the Design Week 2022 in via Durini and surroundings the mint immediately via the new Natuzzi concept store, designed by Fabio Novembre, still wrapped in mystery. A photograph of the designer and Natuzzi Jr portrays them against the background of the construction site: the expectation grows. As well as the desire to find out what will happen in the neighborhood that in Milan focuses more history and more luxury in a few square kilometers.

Meanwhile, we know that in the courtyard of Palazzo Durini there will be the installation of Marcantonio for Natuzzi: a Garden of Macro golden sprouts. It is also known that a part of design Variations translocate to Palazzo Visconti and is no longer a Palazzo Litta.

There is also awaited for whispered appointments, which suggest a new hybridization between fashion and design, between openings of new showrooms and famous brands apparitions on the Design Week 2022 screen.

What to see to Design Week in the center and surroundings: the selection of interior 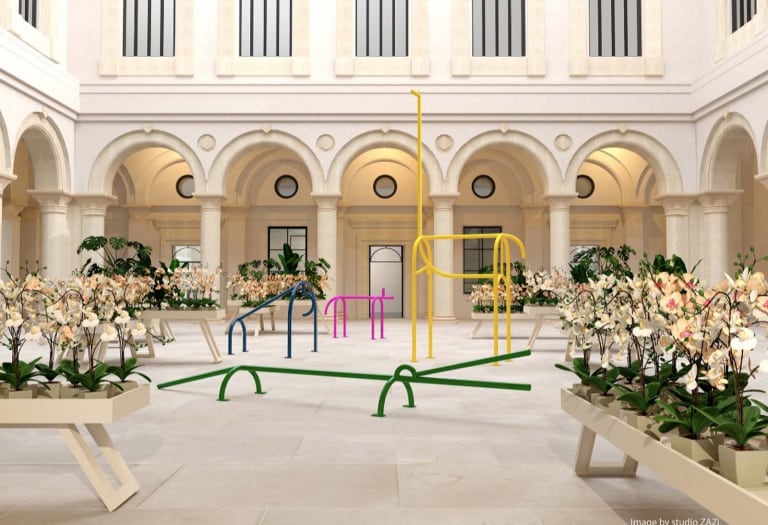 La Manufacture and Luca Nichetto at the Poldi Pezzoli Museum, via Manzoni 12

To see because: the Manufacture traces the history of the ambitious project of Robert Acouri, patron of the brand. The idea was to superimpose French allure and Italian mastery. Luca Nichetto, artistic director of La Manufacture, organizes an itinerary among 50 projects which, for the occasion, are of a single traffic light orange color.

The plus: the dialogue between the sumptuous and ancient spaces of the Poldi Pezzoli and the contemporaneity of the products. 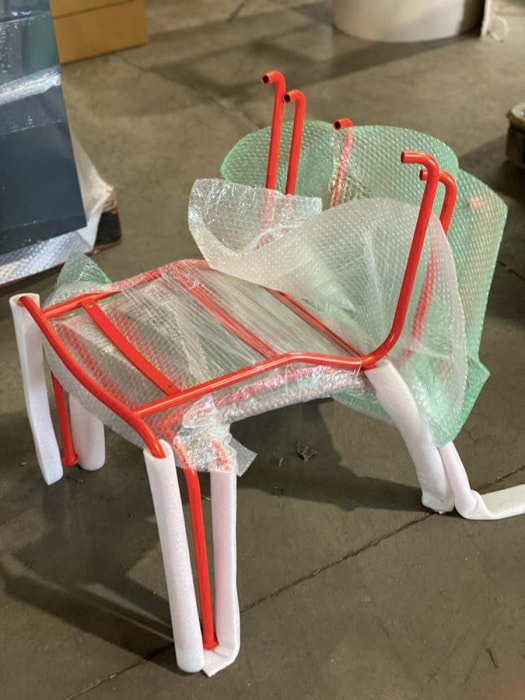 To see because: the Secondlife project by Marcantonio starts from the idea of rebirth, and stages the abundance of nature in a garden of sculptures that sprout from the floor of a historic Milanese courtyard. Next to it is the new Natuzzi retail store, redesigned by Fabio Novembre starting from a concept inspired by the common Apulian roots of the brand and the designer.

The plus: natuzzi's novelties are signed by Marcel Wanders and Marcantonio. Two beautiful sofa designs with a high degree of sustainability. 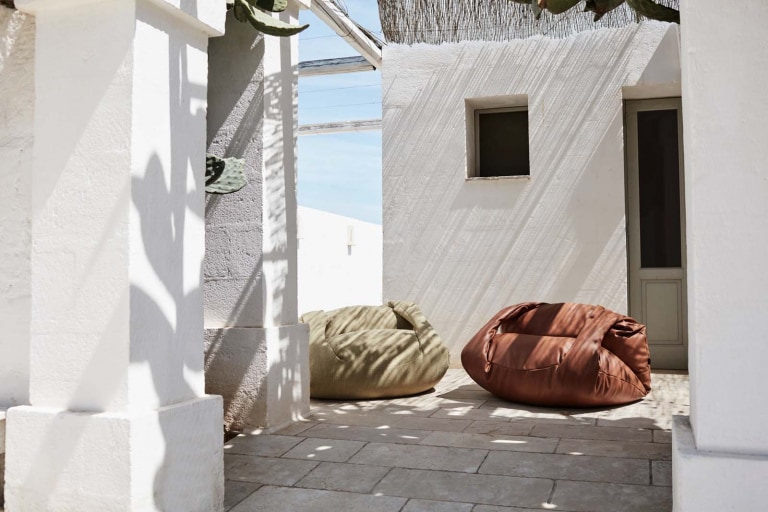 To see why: To see why: for the third time the Bagatti Valsecchi Museum becomes the Palace of Wonders, a project by Studio MHZ that brings together in the sumptuous rooms of the house / museum the work of six creators from literally all over the world, passing through Romania, Portugal and the United States. In the photo (and on the cover), the project by Hommés Studio that creates period rooms between the real and the metaverse.

The plus: the quite truthful feeling of entering an ancient and still inhabited house thanks to the presence of contemporary projects. 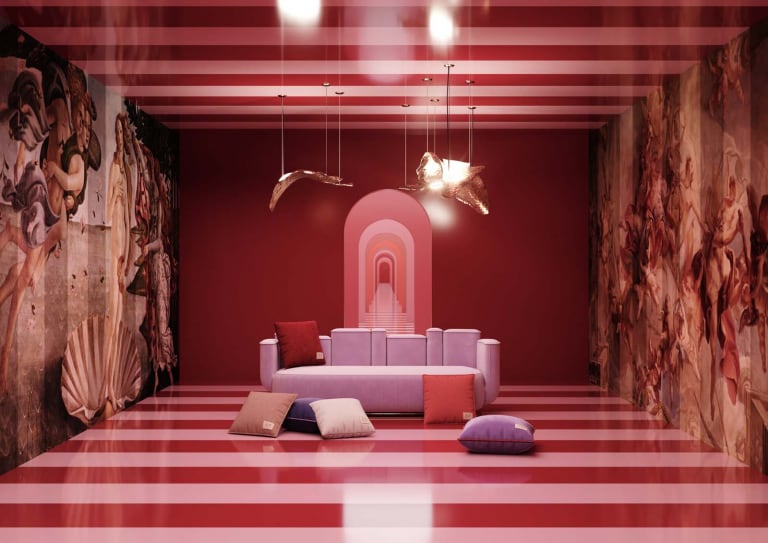 To see why: Design Variations arrives at Palazzo Visconti, a little known space. It will be the most intimate and discreet side of the review that actually has its new focus at the Circolo Filologico Milanese. The selected names are interesting: from Mario Trimarchi with an unprecedented design research, the Poltronova Study Center, the new products of the Woak brand and the students of the Design School of the Politecnico di Milano,

The plus: Palazzo Visconti hosts the anthropologist project that this time is the designer. His name is Andrea Steidl and he worked with Woak. 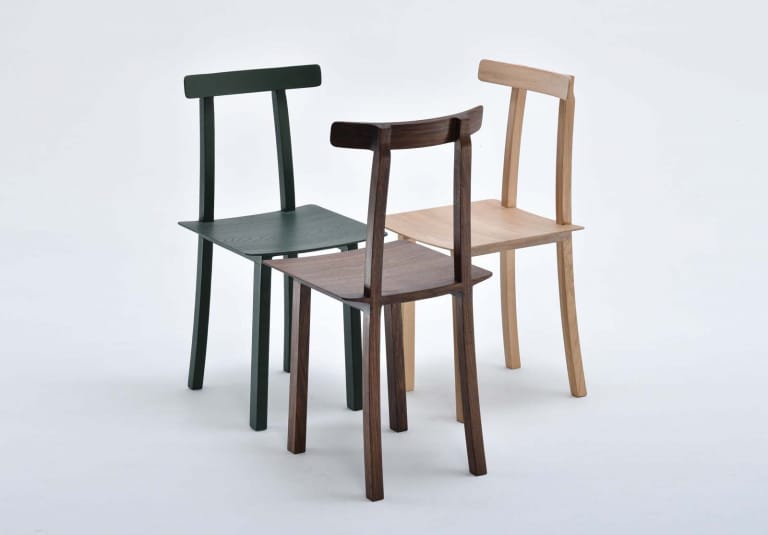 To see why: an itinerant project with an unusual theme, as the title suggests. An installation from Uniqlo Milano and the public toilets of the Duomo metro stop redesigned by the artist Daido Moryiama.

The plus: The entire project is on display at the Triennale di Milan. 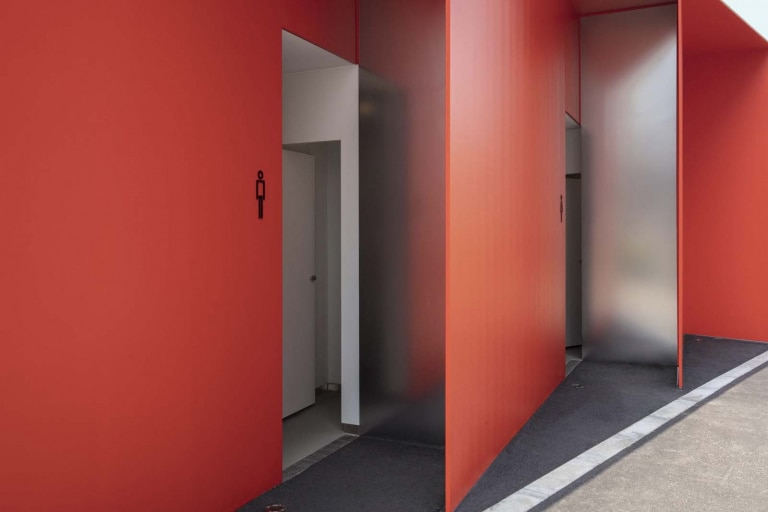 Other Design Week 2022 events in the Center and surroundings area (list being updated):

The famous British designer (and brand) celebrates 20 years of design with the Twenty exhibition which takes place in two locations.

The eclectic Danish brand proposes the installation A Life Extraordinary, in collaboration with visionary designers and artists such as Andrés Reisinger, Cristina Celestino, Front and Ada Sokol.

A research project on the future of living transformed by technology, consisting of Documentary Series and immersive installation, conducted by the Huawei Milan Aesthetic Research Center and curated by Robert Thiemann who interviewed 30 of the most influential international designers, architects, artists and scientists.

The Tracing Venice exhibition is a tribute to the uniqueness of Venice and to the preciousness of the mosaics of the Basilica of San Marco, interpreted by the duo Zanellato / Bortotto.

Until July 29, the Mimmo Scognamiglio gallery exhibits eleven exuberant works - organic, homely, full of family memories - by the Portuguese artist Joana Vasconcelos. The evocative titles of "stupid furniture" are inspired by the imagery linked to the Italian culinary tradition.

What will our avatar feed on in the dematerialized universe? In the era of the metaverse, the project proposed by NABA, Nuova Accademia di Belle Arti is a reflection on the real vs virtual world: a wooden table of over 200 years by Riva1920 is the temporal starter of history on which access devices to the digital that narrate future scenarios. 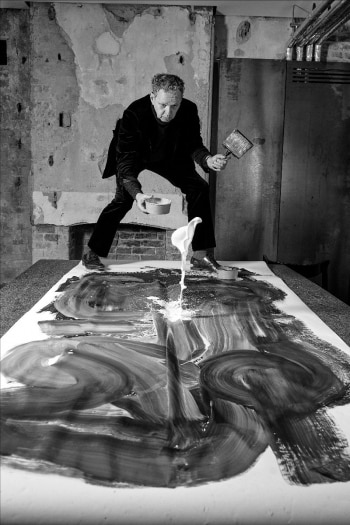 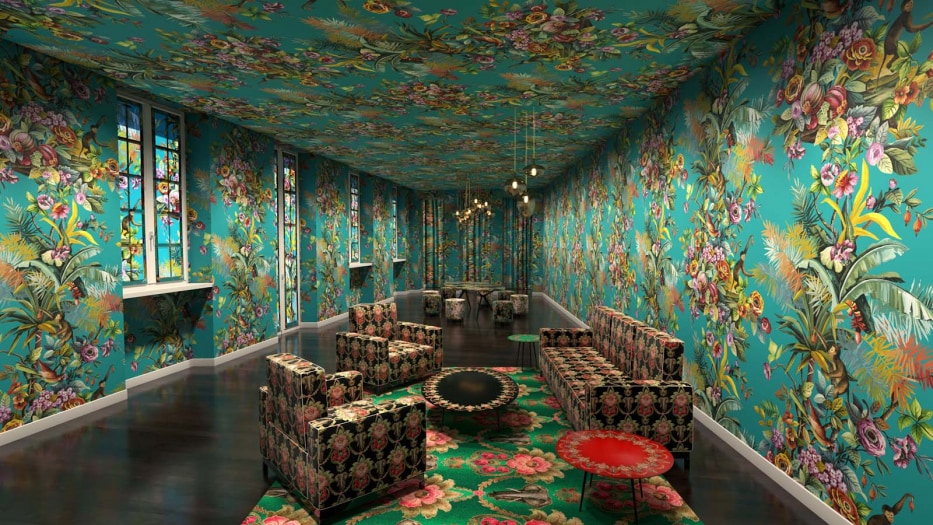 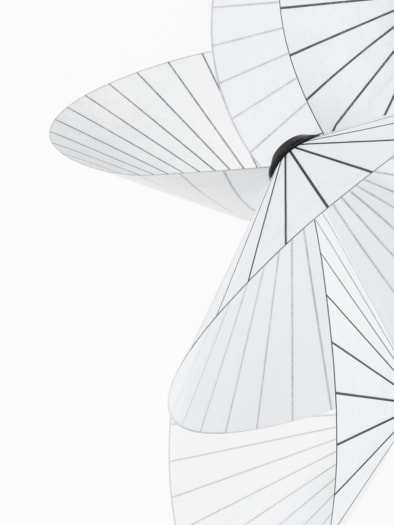 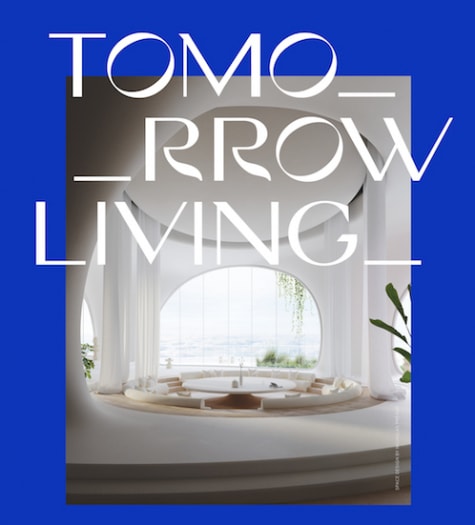 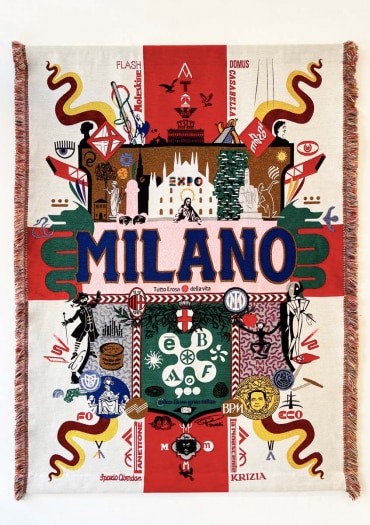 Masterly - The Dutch in Milano 202 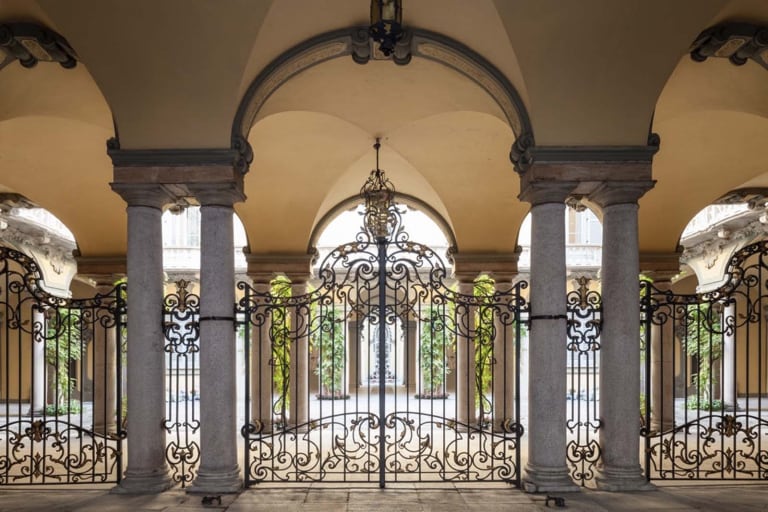 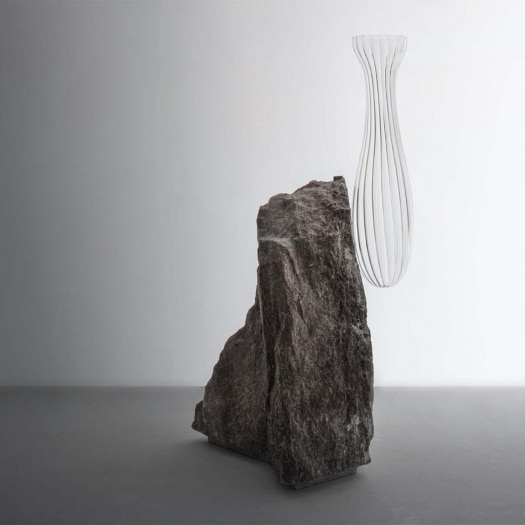 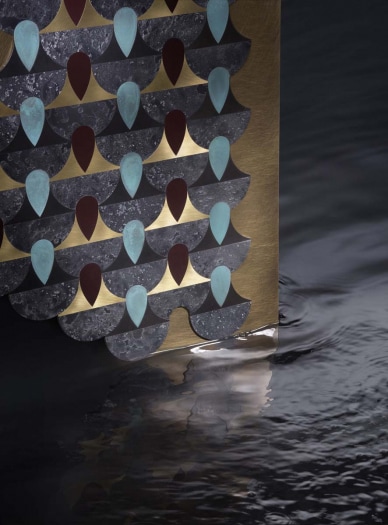 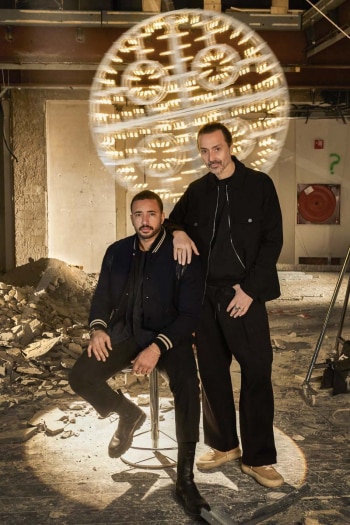 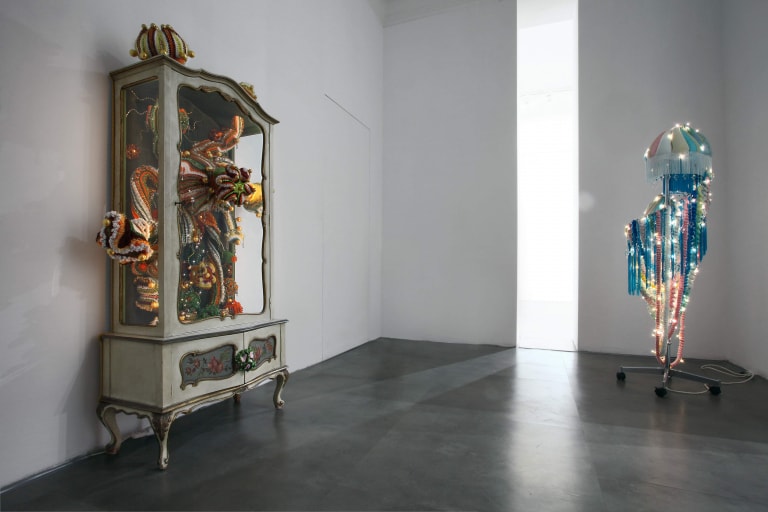 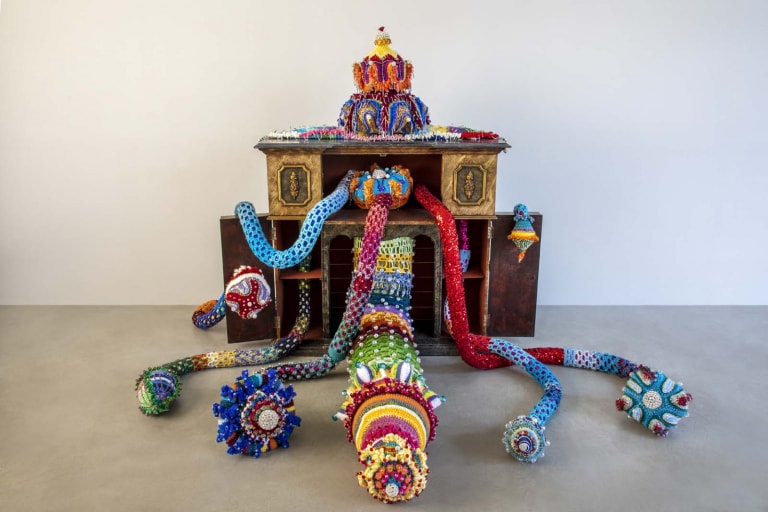 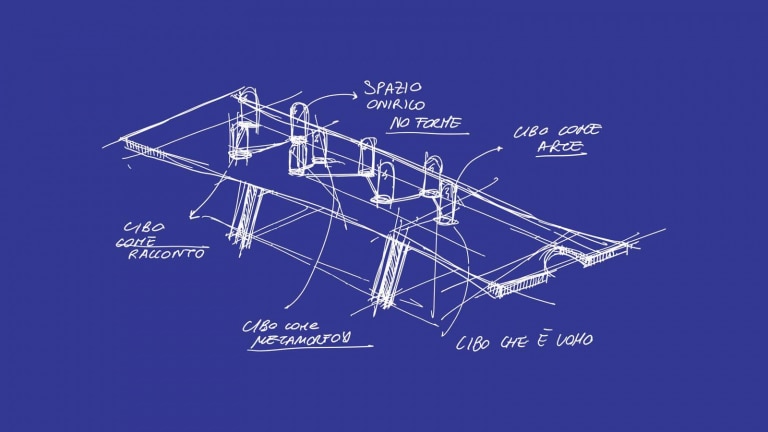