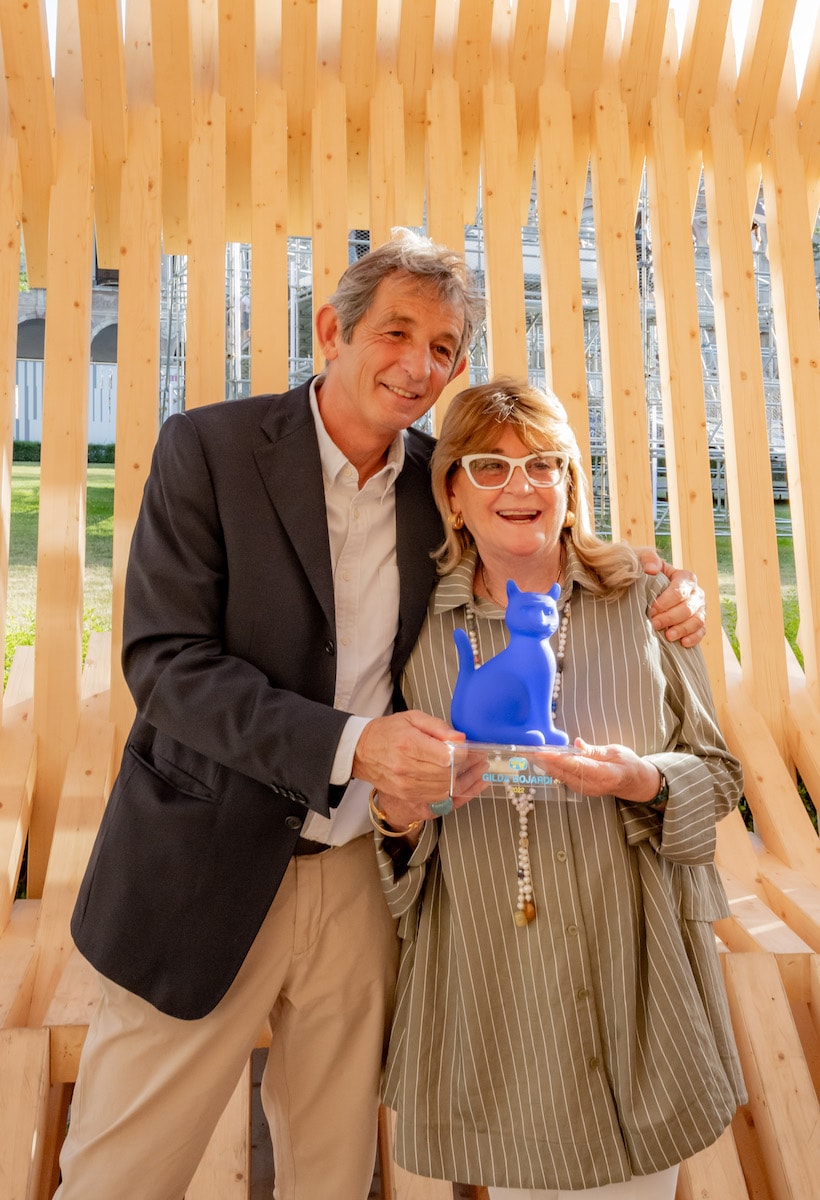 The INTERNI editor in chief and creator of the FuoriSalone receives the award that Tv Sorrisi e Canzoni bestows on personalities who have distinguished themselves for their talent, becoming a point of reference

“A great journalist who through her magazine and her initiatives has characterized and influenced the world of design. And that thanks to her vision of her - as a true ... visionary - she created the FuoriSalone 32 years ago, which over time has become an essential appointment for creatives and enthusiasts who come to Milan from all over the world. Gilda gave the city an opportunity of inestimable artistic and economic value ".

It is with this reason that Aldo Vitali , director of Tv Sorrisi e Canzoni yesterday delivered to Gilda Bojardi , director of INTERNI and creator in 1990 of FuoriSalone , the new Telegatto . This coveted award is assigned by Sorrisi to personalities who have distinguished themselves for their talent, becoming a point of reference: from the world of TV to music, from cinema to sport to culture.

The delivery of the Telegatto - which this year, on the occasion of the 70th anniversary of TV Sorrisi e Canzoni , has been transformed into a green work of art created by the Cracking Art artists - took place in the Courtyard of Honor of the University of Milan, one of the three venues of the exhibition INTERNI Design Re-Generation , which until today, Monday 13 June, will animate the Design Week.