Design Week 2022: around the world in a weekend

From the United Kingdom to Korea, from Thailand to France, installations and exhibitions to discover the creativity of (almost) all the countries of the globe

From Holland to Korea, from Great Britain to Thailand, passing through Norway and France.

At Design Week  it is possible to travel while remaining in Milan, thanks to the myriad of installations, exhibitions and itineraries that allow us to discover habits, customs, craftsmanship, research and creativity of (almost) all the Countries of world.

Here is the itinerary to 'circumnavigate' the globe, not in 80 days as in Verne's novel, but in a single weekend. 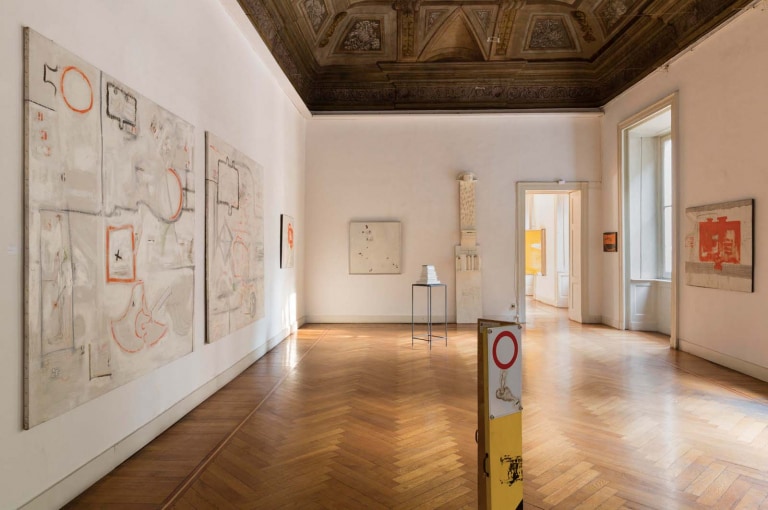 All the elegance and sensuality of the French style arrives in the 5Vie district with Voyage en Intérieur, Le French Art de Vivre, a choral exhibition between contemporary art and design. The exhibition presents the winners of the second edition of Le French Design 100, the award that promotes French designers around the world, conceived by Philippe Starck and sponsored by the president Emmanuel Macron.

Furthermore, the French Mathieu Lehanneur protagonist of the Triennale with Inventory of Life curated by Maria Cristina Didero, a photograph, scientific and statistical data in hand, which documents the history and evolution of the human population of over 150 countries, demographics, birth rate, life expectancy, suicide, but also the man-environment relationship and the effects of the climate crisis, reminding us that everything is in our hands, as Maria Cristina Didero says. 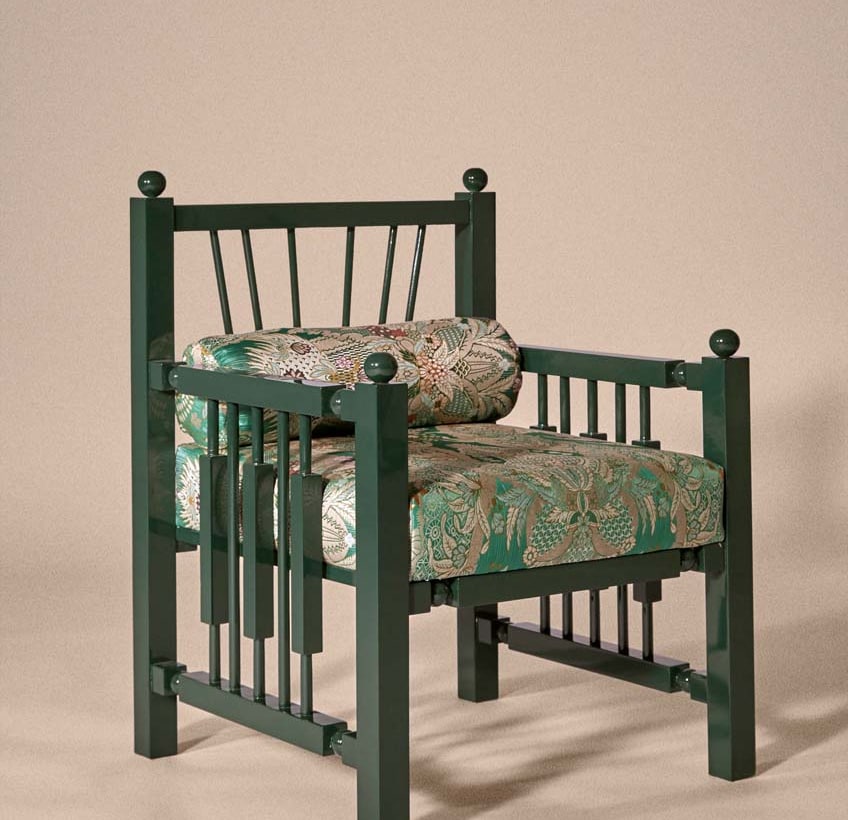 House of Artists, Corso Garibaldi 89A

The Swiss gather in a space of 1,250 square meters in the heart of Brera: it is House of Switzerland, an incubator of ideas, supported by Pro Helvetia, the Swiss foundation for culture, which brings together the best universities, from the Ecal of Lausanne to the Head of Geneva, together with studies emerging and more established brands.

Among the most experimental projects on display, the furniture made with waste from the production of Swiss breweries, the screens in carbon fiber hand-woven , up to an extendable chair that can be transformed into a bench in a few steps.

The research on materials conducted by the Polytechnic of Zurich, which tells us about the materials of the near future, such as metals floating on water, silicon self-healing, flexible wood and breathable contact lenses. 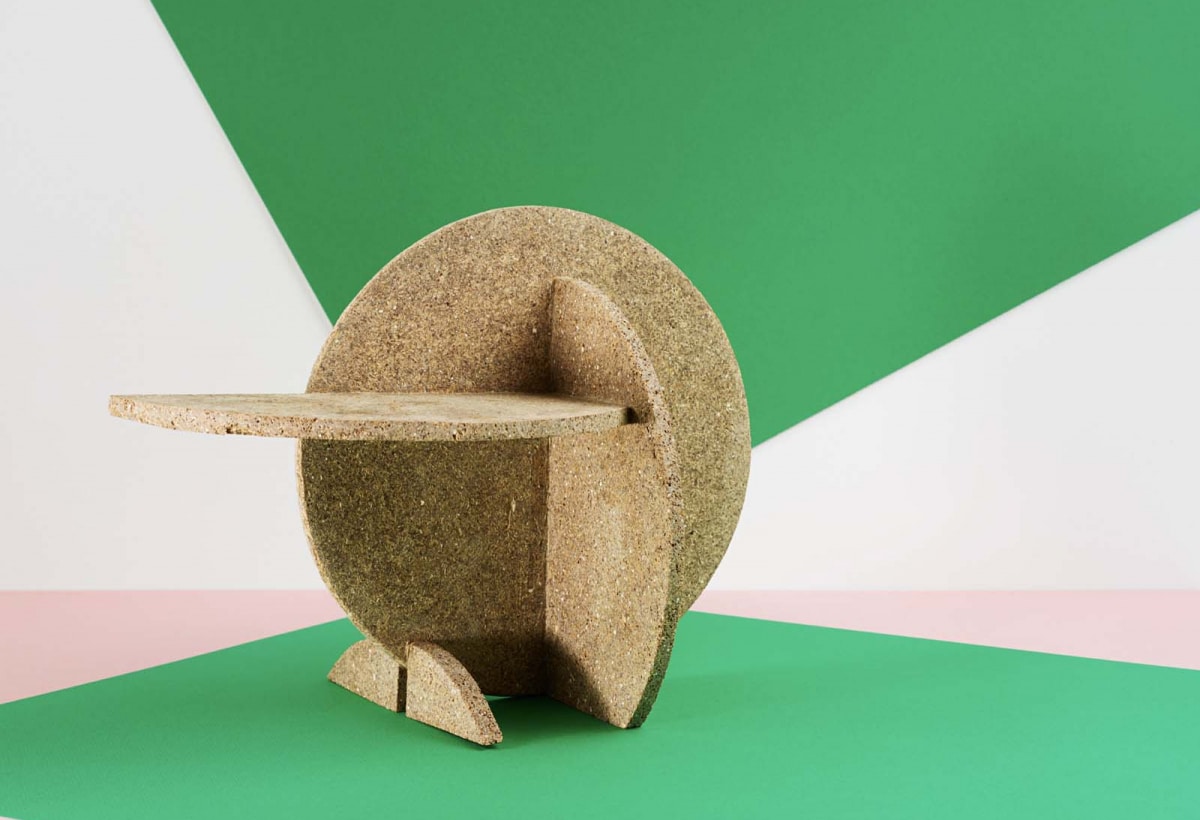 Back, in its sixth edition, Masterly-The Dutch in Milan, the event curated by the stainless Nicole Uniquole, which gathers the most talented designers, Dutch artists, craftsmen and companies. The beating heart of the event is the solemn Cortile d'Onore which this year hosts an installation with a dreamlike flavor, among the Dutch orchids and the subtle and playful iron animals of Luca Boscardin.

A place that pleases, for the experimental charge of the chosen projects, and for the sensitivity of the organizers: Sunday 12 June at 2 pm there will be the usual Flowers Hand-Out, the a tribute of flowers to the public by Nicole, as a sign of thanks for the welcome received during the design week. 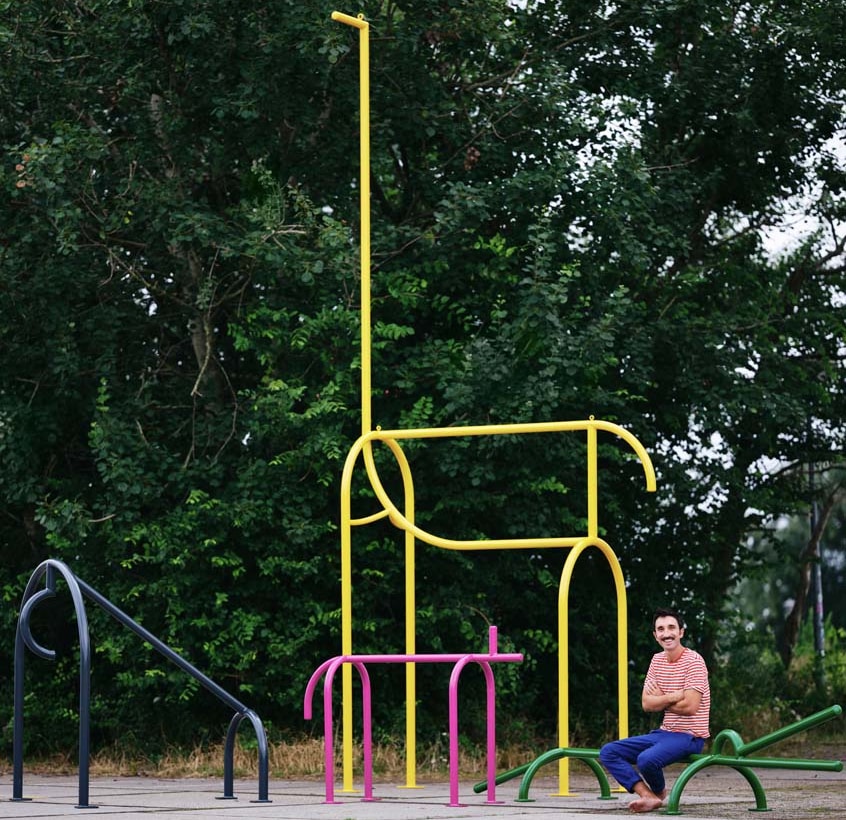 From a United Kingdom still celebrating Queen Elizabeth's jubilee, the best exponents of British planning arrive in Milan. A large team that is on display in the Pavilion Brera, in the sixteenth-century cloister of San Simpliciano.

Many authoritative names, from Jasper Morrison to Barber & Osgerby, from Ilse Crawford to Simon James and David Irwin.

There are places that appear as crossroads of different cultures, areas of exchange and sharing. One of these is Baranzate Ateliers, one of the coolest addresses in the FuoriSalone 2022: here, in the former factory Necchi, it is possible to meet talents from all over the world, from Italy to France via the United Kingdom, an eclectic community of creators emerging, architects established artists and set designers, united by a passion for production, invention and transformation.

Not to be missed, among the project partners, is Belgium is Design, the platform for promoting Belgian design.

With their ethereal furnishings and in magical balance they promise to enchant the public: they are the creatives of Koyori , the new Japanese brand of the Maruni group, on display at the Triennale with The Twist: Cultural and Emotional Crossings.

The brand, which has Jasper Morrison as brand directing advisor, blends the Japanese tradition with international design, and presents the novelties signed by Ronan & Erwan Bouroullec and by GamFratesi, the latter also authors of the exhibition space.

The mix of craft and oriental technology is also the protagonist of the Superstudio Più in via Tortona 27, in a large thematic area entitled Asian Impact , which gathers Japan, Thailand, Hong Kong and Singapore. 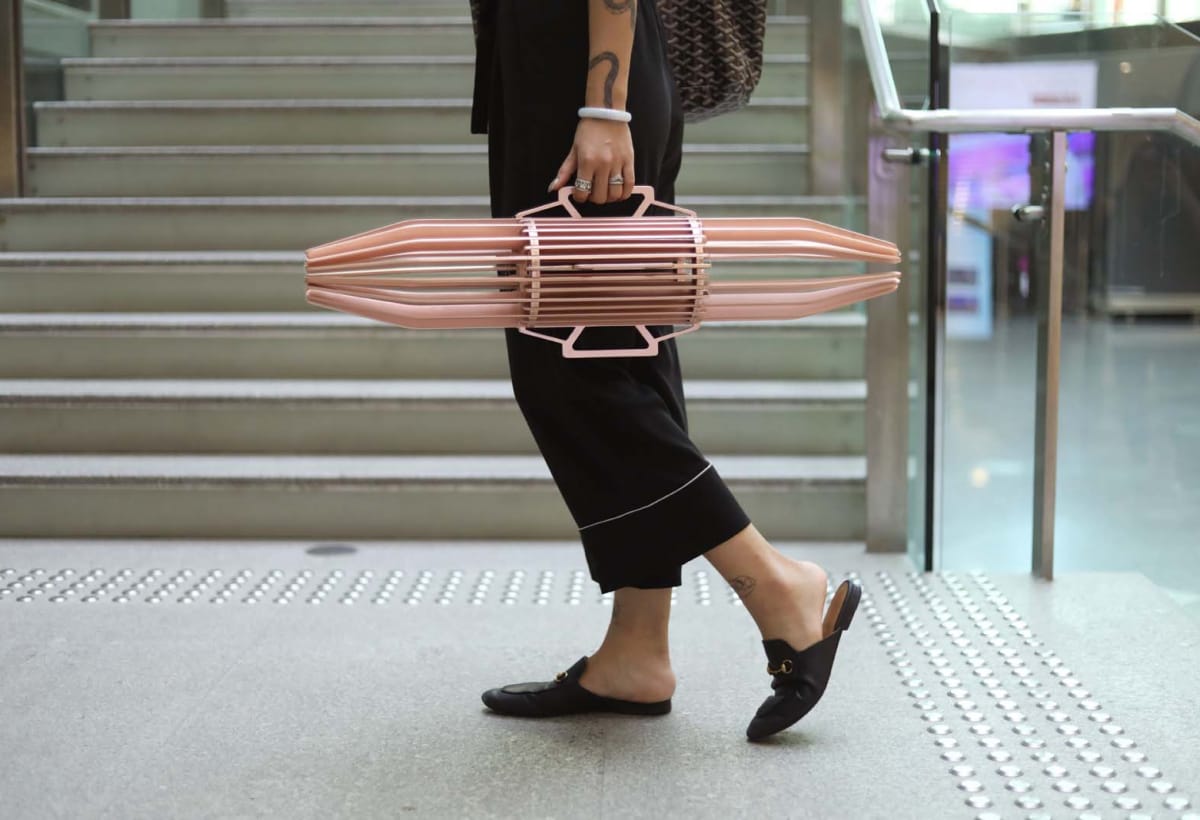 Matter by Norwegian Presence brings to Milan a selection of 10 realities that best embody Norwegian ingenuity. On display, in the historic rooms of Galleria Milano, a new charge of creatives, as underlined by the exhibition director Cecilie Molvær Jørgensen: "A new generation - and with it, a new series of ideas - has entered the Norwegian design scene in recent years. They are more experimental, more conscientious, more playful in their expression, and the more daring Norwegian manufacturers are following suit. Together, they look to the future, determined to shape it". 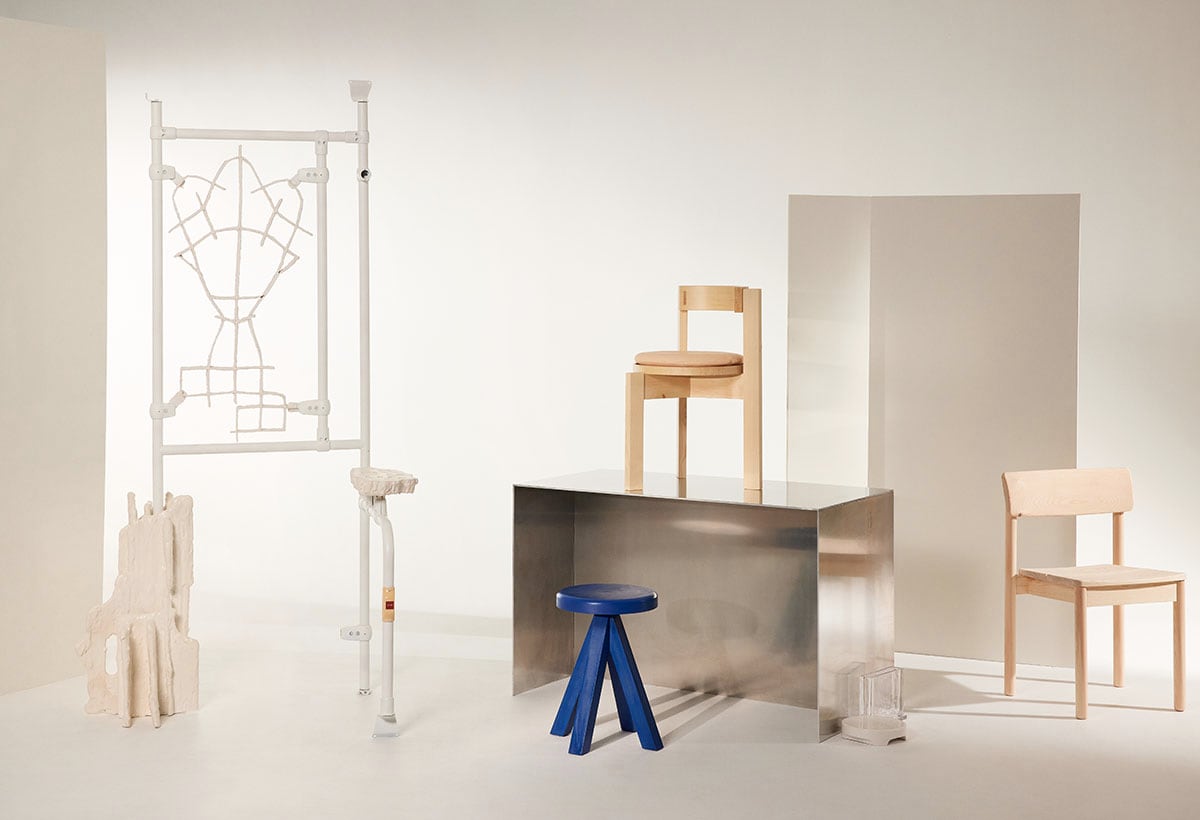 Our journey ends in the land of the great navigators: Portugal, the protagonist of Made in Portugal signed by Apima and Aicep Portugal Global. An exhibition space, in the adrenaline-pumping Tortona area, where you can touch Portuguese creativity, with over 100 products including furniture, lighting, cutlery, home textiles and ceramics. 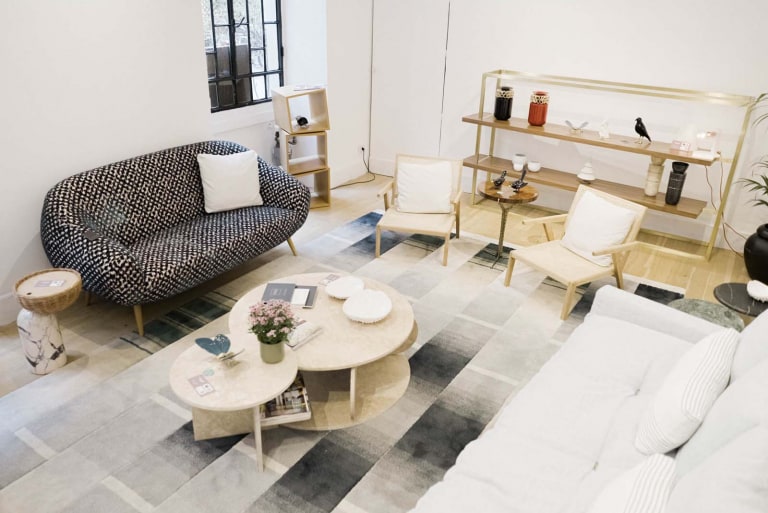