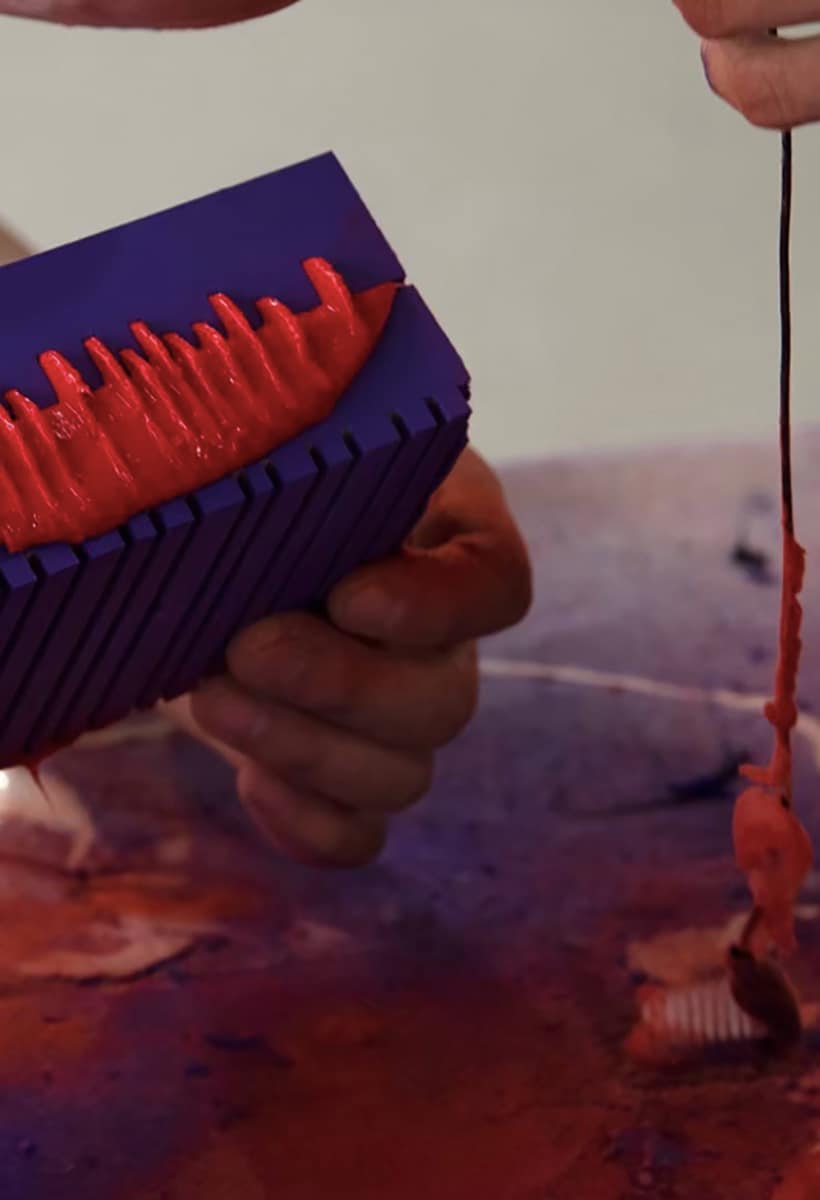 Possible utopias and slow design: the FuoriSalone for young designers

We are used to finding talents in group shows, especially those on the outskirts of the city. But more and more talented designers are being recruited very early by the big brands. Here are some virtuous examples

The last frame frames a boost of planning around a long concrete shelf, filled with design degree projects from all the schools and academies in Europe. It was The Lost Graduation Show, the formula that Supersalone had found, last September, not to forget the young designers in the edition without the usual appointment at the fair with the Satellite.

Back in Rho the showcase for under 35, the FuoriSalone continues to be an equally important dimension for junior designers, even if talking about under always leaves a trail of rhetoric. Or worse, of paternalism. But it is a risk that must be taken, if we want to have an idea of ​​the air that draws among those who will design the world of tomorrow or who have already begun to do so.

Gugliemo Poletti, born in 1987, arrives at his debut for Flos with a dense curriculum, between his studies in Eindhoven and the projects appreciated by Desalto and Decoratori Bassanesi that have convinced the design curators of the historic lighting company, Calvi Brambilla, to bring him to the stable.

To-Tie (from English to tie, to fix) is the table lamp made up of a series of elements reduced to the bare minimum and held together by mechanical tension alone, without the need for screws, adhesives or welds. In the spirit of the lamp, the intuitions of the Castiglioni brothers and their ingenious ready-mades come back to life.

"My objects" explains Poletti, "originate from doing. I always start from physical studies, using materials to trigger intuition, rather than filtering ideas through a design process guided by rationality.

This translates into a constant search of single constructive gestures, around which the work is developed. To-Tie is no exception, as it stems from a long-lasting personal research on the theme of structural tension, which, thanks to the stimulating collaboration with Flos and the unique know-how of the company, has been successfully translated into an industrial product for the first time". 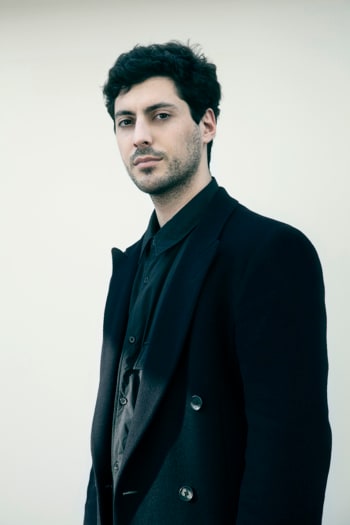 There is an ambassador company of Made in Italy that has seen fit to fish out an ancient and noble word and concept in this uncertain time: patronage, or patronage, the centuries-old practice that in Renaissance Italy it was the engine of the development of the arts.

The first stage of the Patronage project was born from the meeting between Cassina and the Brazilian Linde Freya Tangelder, through which the Meda company decides to bet on talents.

For the occasion, Cassina followed the realization of the projects developed by the Brazilian designer during the experience of IN Residence in Turin, curated by Barbara Brondi and Marco Rainò, remodeling some pieces of collectible design with a view to mass production. 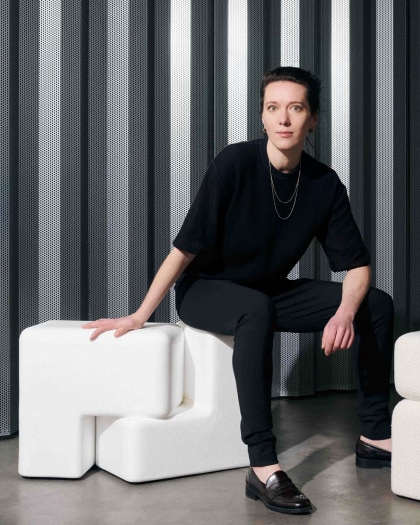 They arrive at design week on the wave of lightning success. Their chairs and armchairs 'extracted' from polyurethane foam, presented at the last two editions of Edit Napoli, have won over critics and insiders. Very young, graduates from Ied in Milan in 2019, Stefano Bassan and Gianluca Sigismondi, the Finemateria, they try their hand at curating for the first time, holding the reins of a project that involves sixteen studios.

Inspired by a concept that, thinking by stereotypes, is the furthest you can imagine from the attitude of an under 30 studio, Vita Lenta is a reflection on the exhibition paths linked to editorial and research design, independent, but also an individual and choral project at the same time.

"Often the visit is static and inexpressive, without going beyond a superficial visual perception, explain the curators".  Vita Lenta is instead a I invite you to lose track of time". Together with the projects of Bassan and Sigismondi, Vita Lenta is an opportunity to also appreciate the works of other listed studios, from Plasticiet to the pairing P retziada + Studiopepe passing through Cara / Davide and Lorenzo Mason . 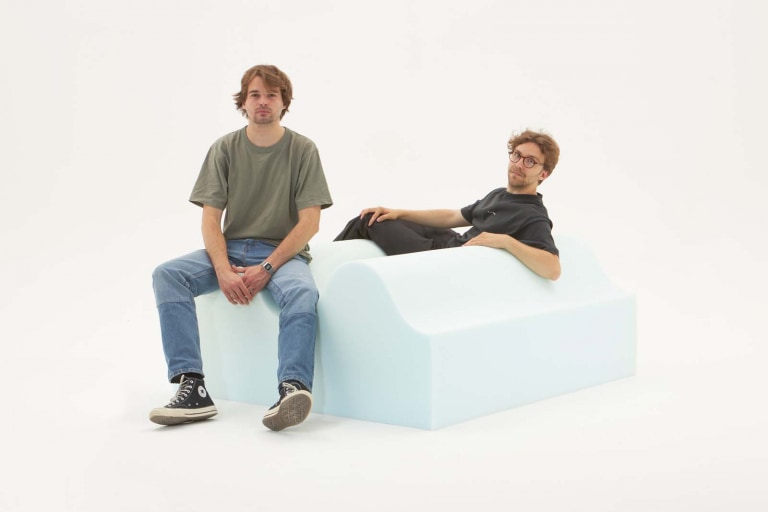 The collective, After? at the Corvetto

Another choral story, developed with great organizational capacity by the After? group, which inaugurated its spaces in March in a former workshop at Corvetto, where designers, set designers, architects, gardeners, found a home. programmers, videomakers. Consistent with the mission of developing collaborative and interdisciplinary projects, After? has put up an interesting and dense program of exhibitions and talks.

Of note, among the various initiatives, that of the designer Lucas Maassen and the director Alexandre Humbert, who bring a radical experiment in which the objects are absent and the protagonists are the designers with their bodies, their ideas and their gestures. Space also for Zerogloss Kitchen, the modular steel kitchen, a simple and practical construction system that enhances conviviality.

The first bong made in Italy, Weed'd in Alcova

Simone Bonanni and Weed'd have chosen Alcova, to present to the general public the collection of three bongs that officially clears customs, at least for the design, the culture of marijuana.

Was it needed? Yes, as Elisa Massoni wrote on Interni here, in a country that is still unable to develop a secular and serene position around a theme that has gradually led to the decriminalization of cannabis elsewhere in the world.

We do not know if design will clear the culture of smoking, but we do know how much the project - beautiful, functional and well done, in the Italian style - can help change the perception of a social phenomenon. Even in Parliament? The possible utopia, Hyperburgers by Francesca Tambussi at Base

"Welcome to a supermarket entirely managed by consumers, full of self-organized food. Here there are no intermediaries: in this shop, in order to take, you have to give something back: be it food, time or packaging".

This is how Hyperburgers, the project of Francesca Tambussi , master in Social design at the Eindhoven academy last year, on stage in Basic and ironically subtitled Inconvenience store, a shop of inconveniences, as if to underline the difficulty of any designer in redesigning food shopping, perhaps one of the least flexible consumer practices.

The installation is made entirely with leftovers and recycled materials donated, borrowed or second-hand.

Schools in the chair. And the Ecal explains how design is taught

Also in this design week students take the chair. And, as always, the spotlight is above all on Ecal in Lausanne. Last year, the setting of the Swiss academy was a jewel of irony dedicated to smartphone addiction. This time the school presents itself at Spazio Orso (Brera) with two concepts: an exhibition dedicated to its own teaching method (which is also at the center of the volume written by the designer Jonathan Olivares and by the director of Ecal, Alexis Georgacopoulos, and edited by Phaidon) and a sound project developed with Yamaha.

While at the Casa degli Artisti in Corso Garibaldi, the academy presents with the Swiss bicycle company BMC the results of a workshop with Christian Spiess: Bachelor Industrial Design students worked on a city bike model. Everything has been redesigned, from the equipment to the bicycles themselves. It is impossible to mention all the schools and academies that preside over the design week, showing the fruits of workshops, experiments and partnerships with companies.

The Exhibit exhibition in Base, in the Tortona area, is the ideal starting point for a journey dedicated to scouting among the proposals of Ied, Royal College of Art, Rufa, Tecnológico de Monterrey, Swedish school of textiles - University of Borås,New Institute of Design in Perugia with Sara Ricciardi and Abadir, while the students of master in Product of the Roman Quasar chooses Isola for a collection of travel games in collaboration with Keep Life, the brand of the material patented by Pietro Petrillo made from dried fruit shells. 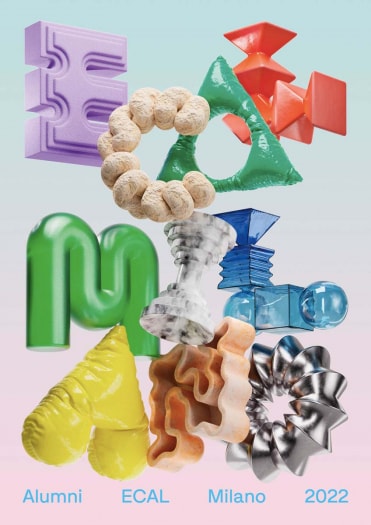