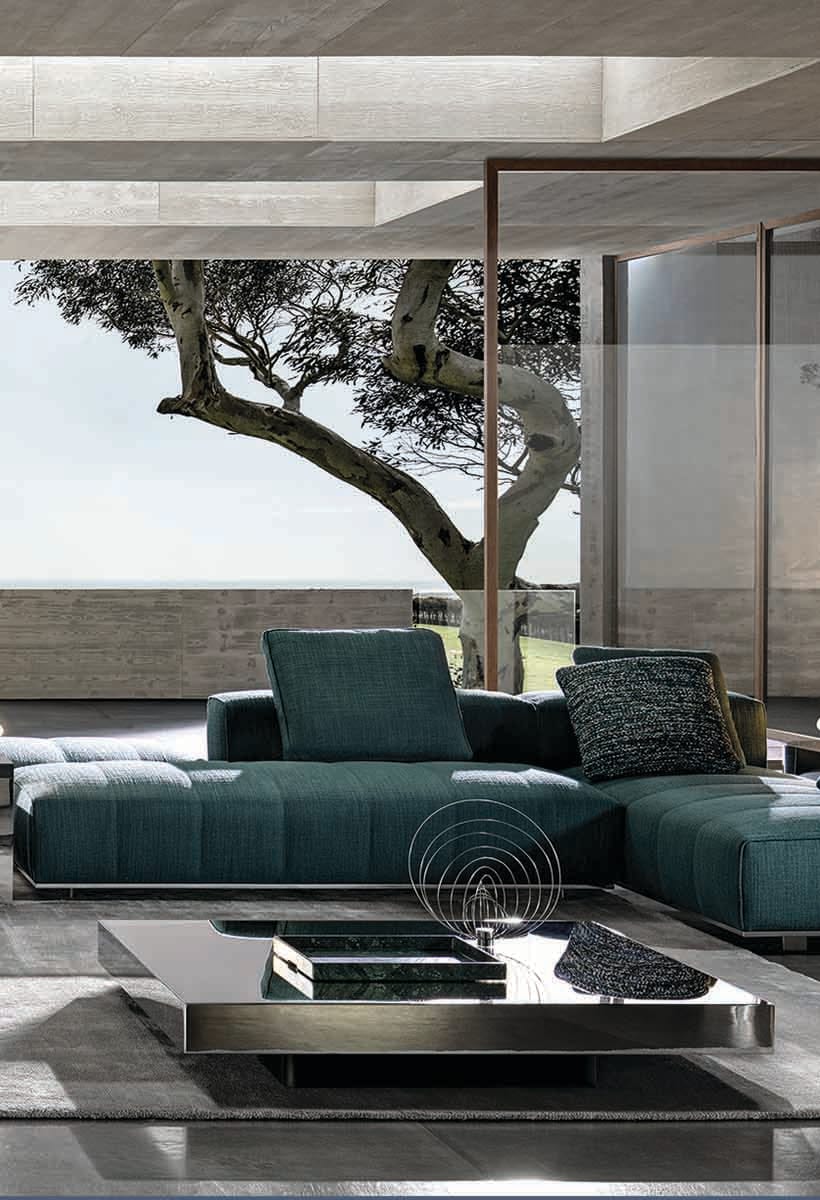 To tell its story, Minotti doubles

The historic company born in Brianza and known all over the world, at Salone del Mobile 2022 presents its novelties in a scenographic stand of 3200 square meters on two floors that recreates living and outdoor spaces. Just like a home

Two novelties that the brothers Renato and Roberto Minotti (co-ceo of the brand) present this year on the occasion of the 2022 edition of the Salone del Mobile in Milan: the Goodman sofa, designed by Rodolfo Dordoni, for 25 years collaborator and then art director of this company; and the sofa Horizonte, a project by the Brazilian Marcio Kogan  and his MK27 Studio. 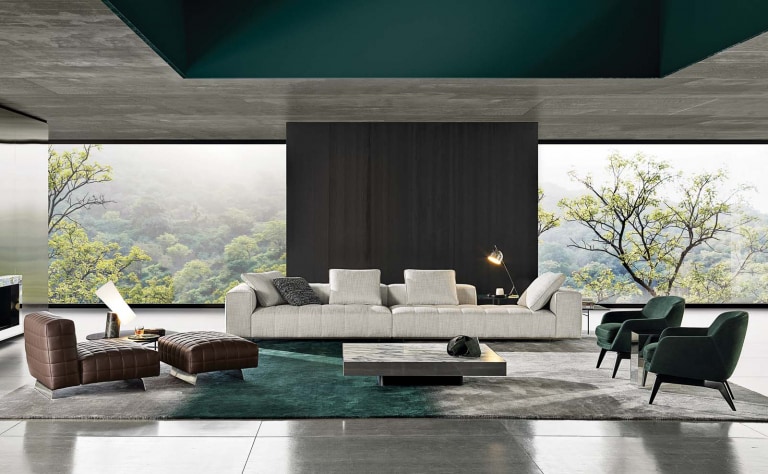 Goodman is a sofa conceived as a transformable modular system in infinite variations and possibilities, and which - thanks to its very simple line - can easily adapt to any type of environment.

A system with a strong graphic sign (underlined by the stitchers clearly visible on the seats), soft volumes and geometric joints, and elements that can be large or single, for a living that transforms depending on how they change the needs of the family.

"Goodman is a 'rebellious' and free product, very contemporary, versatile, and offering freedom of expression and autonomy" explains Rodolfo Dordoni. 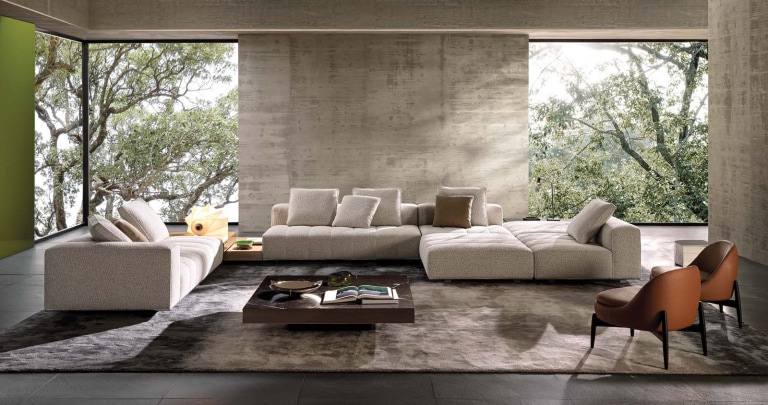 Marcio Kogan instead, to design his Horizonte system, a clear line and rigorous that - man hand - becomes backrest, armrest, seat, side table and so on.

Also in this case, a system of seating for the living room that can take on infinite configurations according to needs, without losing the rigor dear to this designer. 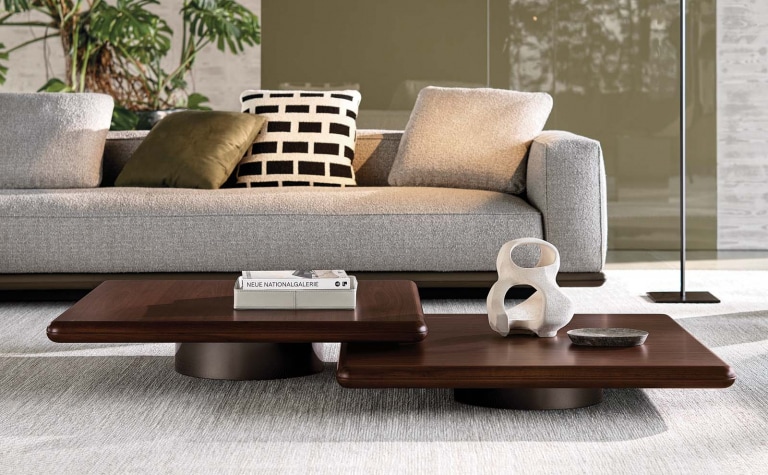 Alongside these innovations, the Minotti stand of the 2022 Salone (which, thanks to the work of a garden design studio, is surrounded by greenery and lush plants) also hosts the collections of the latest two years which, thanks to the pandemic, have had less visibility.

Like Patio Teak by GamFratesi (Enrico Fratesi and Stine Gam), an evolution of the Patio system with the new teak finish that maintains the same characteristics of lightness as the aluminum used previously.

Or the Sendai, Lars and Yoko seating families, designed by the designer duo of the Milanese studio Inoda + Sveje: the Japanese Kyoko Inoda and the Danish Nils Sveje.

'Nordic-Japanese' models, so to speak, which are characterized by minimalism , lightness and linear shapes. And which, together with other historical pieces from the Minotti family, complete the offer of a brand that is appreciated all over the world. 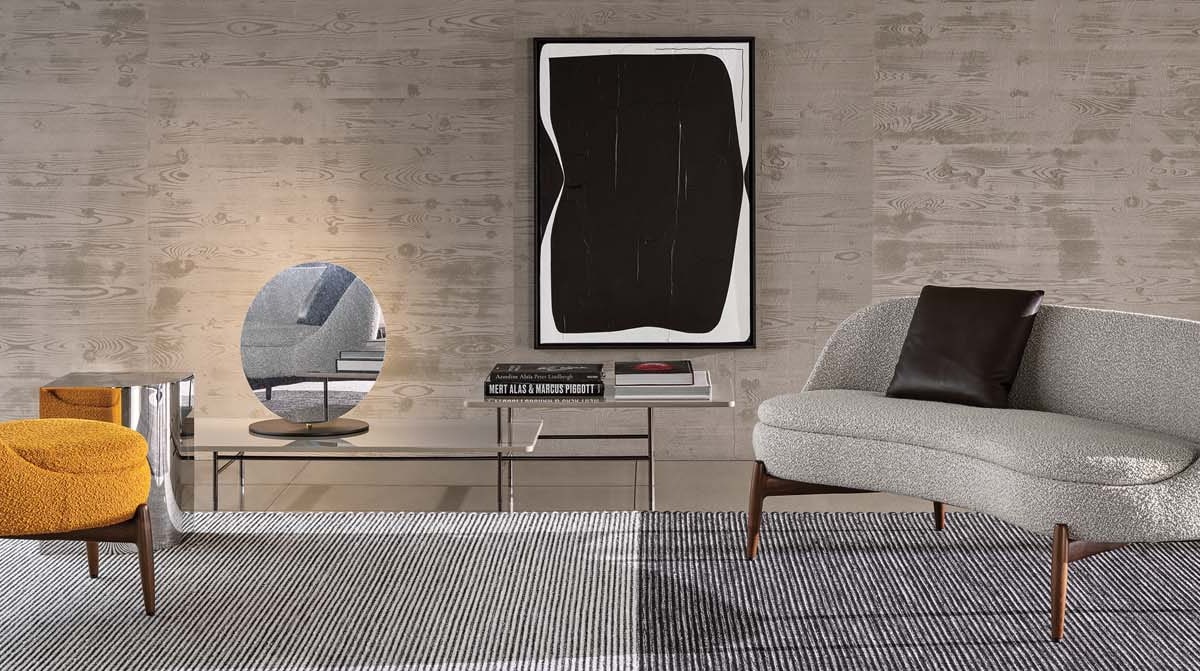