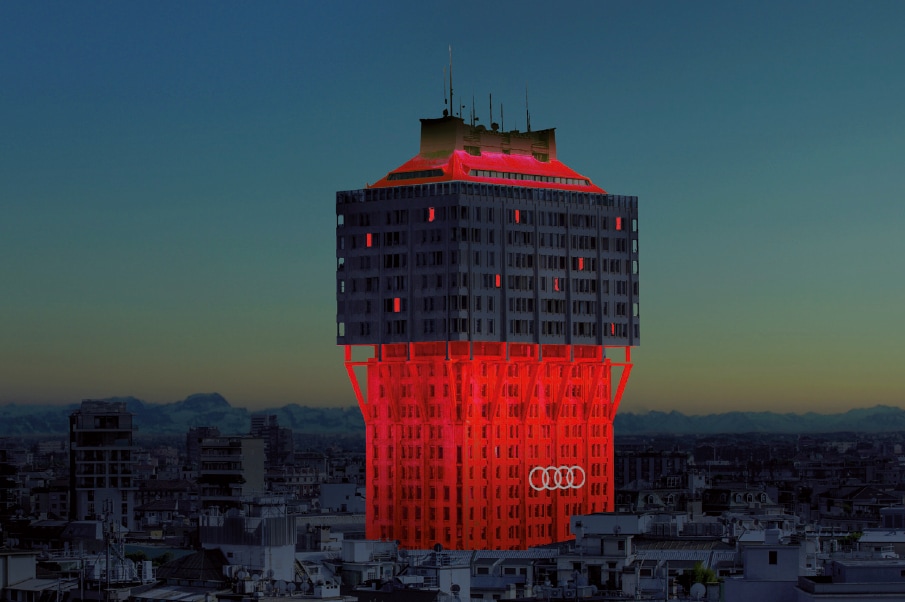 Ingo Maurer meets the challenge of lighting one of the world’s most original skyscrapers, Torre Velasca in Milan.

The designer ‘paints’ the building with light: the lower part and the top of the tower take on a bright red hue, like embers, indicating this extraordinary work of architecture as a temporary hotspot, the location of the Audi City Lab. The central part will remain dark, but certain windows will light up at random.

Four white rings move on the lower part of the building, forming the logo of the automaker for a few seconds, from time to time.

Ingo Maurer prefers not to explain his choice of colors, allowing visitors to make their own interpretation.

The technical implementation of the lighting project for Torre Velasca has been done by CastagnaRavelli.