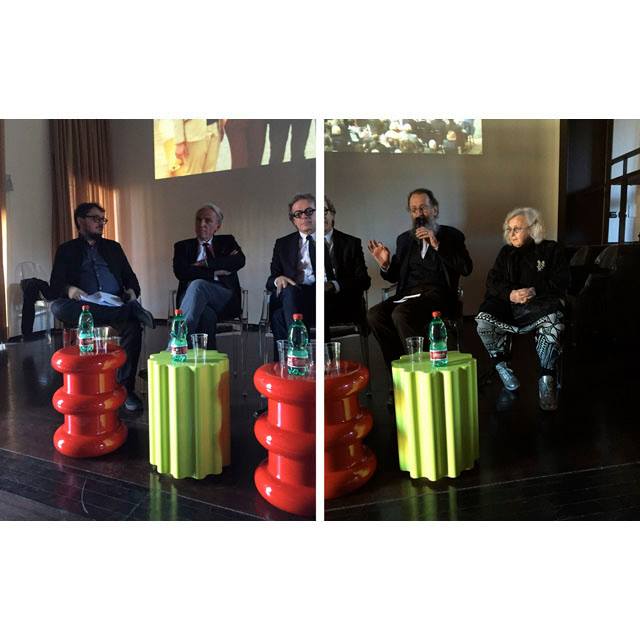 Do ut do, a name created by Alessandro Bergonzoni, is a biennial project which is now being proposed for the third time, promoted by the association Amici della Fondazione Hospice Seràgnoli whose aim it to gather funds for the Foundation.

This project includes a series of events devoted to arts and cultural excellences, that involve the participation of institutions, companies and collectors. The big shot of the 2016 event is Nobel Prize for literature winner Dario Fo.

Inside the home you will find contemporary works of art and unique design pieces donated by architects, designers, artists, fashion designers to the Foundation that at the end will be subject to a draw.

Architect Michele De Lucchi stressed the value of the home: “I like to work to find out the meaning of things. Especially when you are dealing with the home. A place that we, architects and designers, seem to know very well, but that is constantly evolving. And actually we don’t realize it”.

The works will be exhibited at the Madre in Naples, the Maxxi in Rome, the Mart in Rovereto, at the Royal Palace of Caserta and, from 1st to 16th October, at the Mambo in Bologna. The last rendezvous will be a draw during which the works will be awarded and which will take place at the end of October in Bologna at the Mast.

It will be possible to visit the do ut do home thanks to a 3D virtual reality navigation system, on the Web (www.doutdo.it), in museums and in the exhibition locations that take part in this project. The soundtrack of the virtual visit will be a new, unreleased track by Gaetano Curreri and Saverio Grandi.